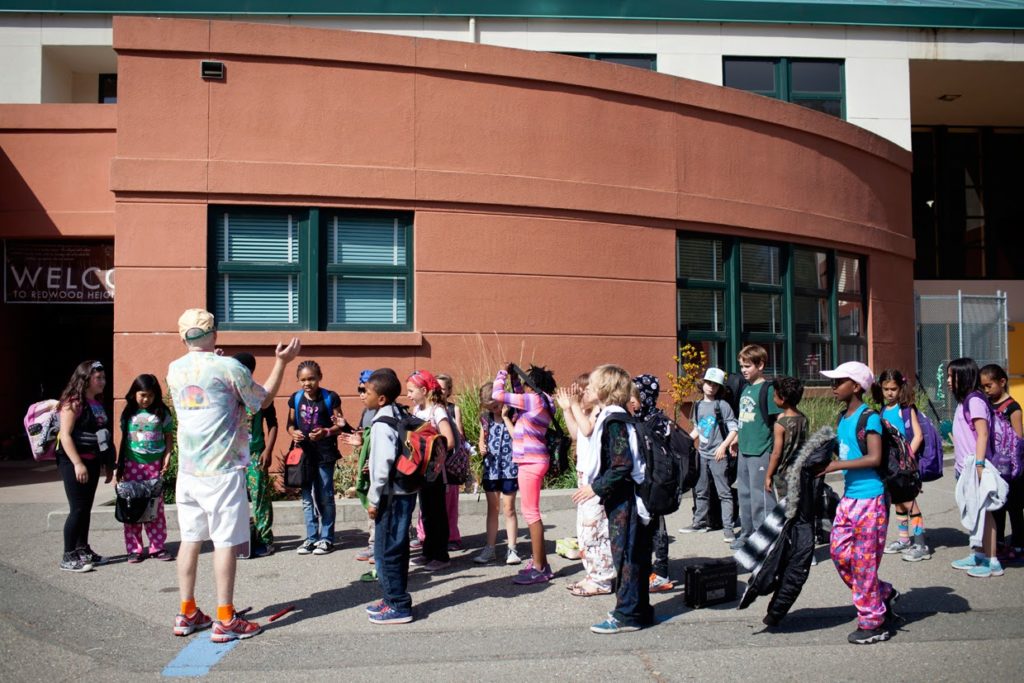 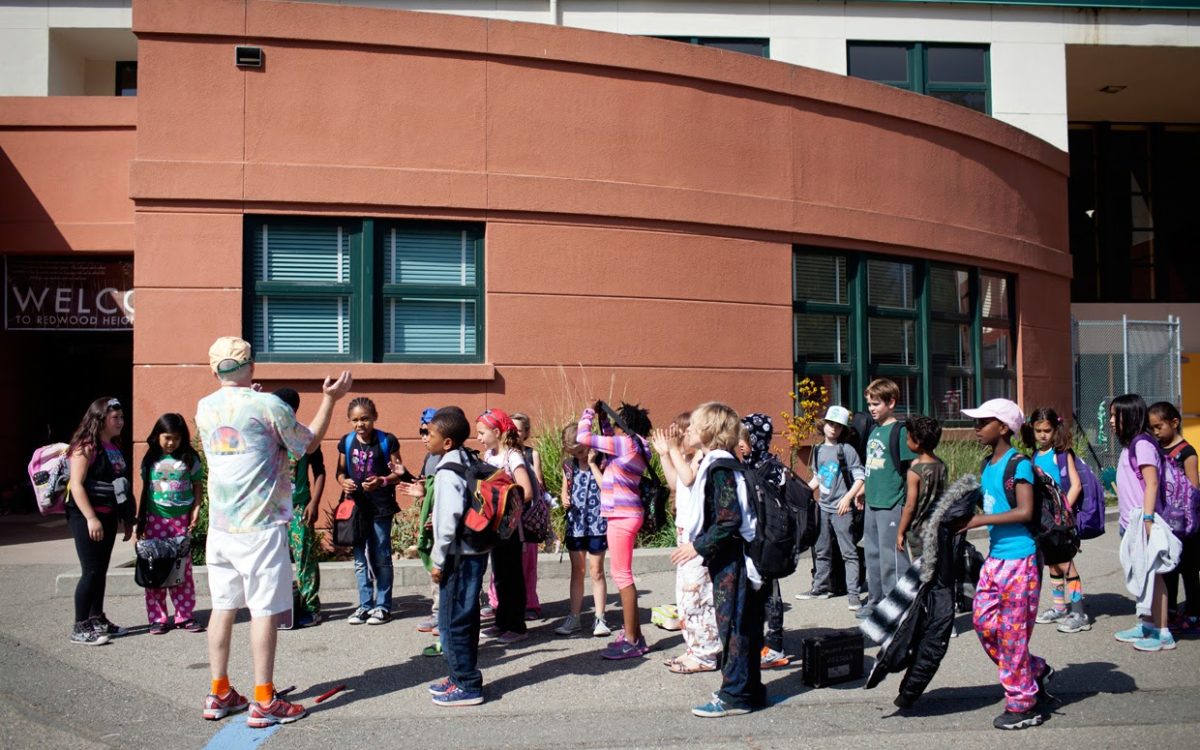 California voters were uncharacteristically stingy this week when they rejected more than half the local school bonds and tax measures that would have funded campus facility upgrades and operations throughout the state.

By contrast, in 2016 nearly all the 150 or so school bonds and taxes passed in California.

“I was surprised,” said Mark Baldassare, president of the Public Policy Institute of California, noting that the March 3 ballot — a highly contested Democratic primary — should have attracted more left-leaning voters, a bloc that tends to favor school spending.

But voter turnout was low in many areas, and the recent stock market plunge and spread of coronavirus likely left voters jittery, he said.

“I’m not sure people are feeling as good about the economy and the future, overall, as they were a few weeks ago,” he said. “Generally, when people have trouble with the idea of (government) spending, it’s because they’ve gotten nervous about their own spending.”

Another factor could be voter priorities, he said. The Institute’s recent surveys show that California voters’ top concerns currently are homelessness and housing, with schools further down the list.

District leaders had varying views about why voters seemed more reluctant to tax themselves to help school districts pay salaries and operating costs this year.

Some say residents are tax weary from the number of bond and special taxes on their ballots, while others say residents want the state to allocate more funding for education. School districts have turned to parcel taxes in recent years to raise money for school programs, class-size reduction and teacher salaries.

Campbell Union School Board President Kalen Gallagher said he was told by people who have supported taxes for the district in the past that they want the state to offer a more permanent solution to the district’s funding problems.

“It seems like this is the election where people said, ‘Let’s stop putting a Band-aid on it. Let’s solve it,’ ” said Gallagher, adding that it is important to raise wages, so teachers can afford to live in Silicon Valley.

“We already have a problem attaining and attracting teachers, and it will get worse instead of better,” he said. “It is a core problem for all the districts in the Bay. We didn’t have any empty classrooms at the beginning of the year, but keeping people over a few years is really, really difficult.”

One solution could be to allow parcel taxes to be passed with the 55 percent required for bonds, Gallagher said.

That would have helped Davis Joint Unified School District, near Sacramento, where a $198 parcel tax to increase salaries for teachers and preserve school programs is teetering toward approval with 65.06 percent of the vote — and about 10,000 ballots still to be counted.

That’s unusual for the school district, which has a long history of passing parcel taxes to keep class sizes down and to support classroom programs. Voters in the district approved the first parcel tax in 1984 for $45 a parcel. Other parcel taxes have been approved by voters since, including the current parcel tax, Measure H, a yearly tax of $620 per parcel passed in 2016. It raises $10 million a year for educational programs and services, according to the district.

“The Davis community has been wonderfully generous with the district in terms of supporting local parcel taxes,” said Cindy Pickett, school board president. “I think what’s different is the $150 million bond measure passed in the last election. Homeowners are seeing the increased taxes happening this year. There are quite a few families that are feeling tapped out .”

Pickett says salary increases are needed to retain and attract teachers because district pay is not competitive with neighboring districts.

“With a teacher shortage statewide, it puts us in a tough position,” Pickett said.

Berkeley Unified School District had better luck than most when it comes to raising taxes. The Bay Area school district managed to pass two parcel taxes and a bond measure Tuesday. The parcel taxes passed by 82 and 79 percent, well over the 2/3 required.

“This community has been very supportive,” said Natasha Beery, director of community relations for the district. “The one in 2016 passed with nearly 89 percent of the votes — a really huge approval rating. I think the community gets behind our schools.”

Mendocino Unified was one of the big winners Tuesday, with a $31 million bond that passed with 66 percent of the vote — well over the 55 percent needed. That money will fund improvements at Mendocino High School, including new science labs, floors, a roof and electric, plumbing and heating upgrades at the 72-year-old school on the Northern California coast.

“I’m very pleased and thankful that our community values education so highly and wants to invest in our schools,” Superintendent Jason Morse said. “We feel very fortunate.”

The district ran a low-key campaign, he said, that focused mainly on providing information rather than trying to persuade voters. The district offered public tours of school facilities and garnered support from community leaders, which helped secure the win, Morse said.

San Ysidro School District was the only school district in San Diego County to see its bonds pass, as of Thursday. A pair of bonds will raise more than $108 million for campus upgrades.

“We are ecstatic for our students,” said district spokesman Francisco Mata. “We all worked really hard to make this happen – parents, staff, the community. We feel very blessed and fortunate to have a community that believes in our schools to this extent.”

In San Leandro, district officials are holding off celebrating until the final votes are counted, but Measure N, a $198 million bond, appears headed for victory. A possible factor in the measure’s success may have been the way the district spent funds from a 2016 bond, completing all its promised projects on time and under budget, said district spokeswoman Keziah Moss.

“We are cautiously optimistic that our school facilities improvement bond will pass in the next few days,” she said. “If that turns out to be the case, our success is due to the especially strong commitment of our community to continue to improve our schools for our students.”

Morgan Hill Unified had one of the largest bonds on the ballot: $900 million to fund upgrades at all 14 schools in the district south of San Jose. The measure only garnered 38 percent of the vote, and needed 55 percent to pass.

Voter unease about the economy, and the size of the bond, are likely what led to its failure, said Lanae Bays, district spokeswoman. The alternative was to put forth several smaller bonds over the next few years, but that seemed like a gamble, too, she said.

Regardless, the repairs and upgrades still need to get done, and the district will likely return to voters in the next year or two with another bond.

“We’ll regroup and try again,” she said. “They haven’t heard the last of us.”

Morgan Polikoff, associate professor at University of Southern California’s Rossier School of Education, agreed that the political and economic tumult of the past few weeks had a negative effect on the bond and tax measures.

“The timing was bad. People are panicked about the virus; the stock market is falling,” he said. “Generally, there’s a lot of uncertainty about where the country’s going.”

In the recent PACE/USC Rossier annual poll, the economy and taxes were voters’ top concerns. And voters were generally pessimistic about the overall state of California’s public schools, suggesting they’re less likely to reward school districts with more money.

“There’s a concern about what they’re getting for their money,” he said.