When California schools reopen, Gov. Newsom envisages major changes in how they are run 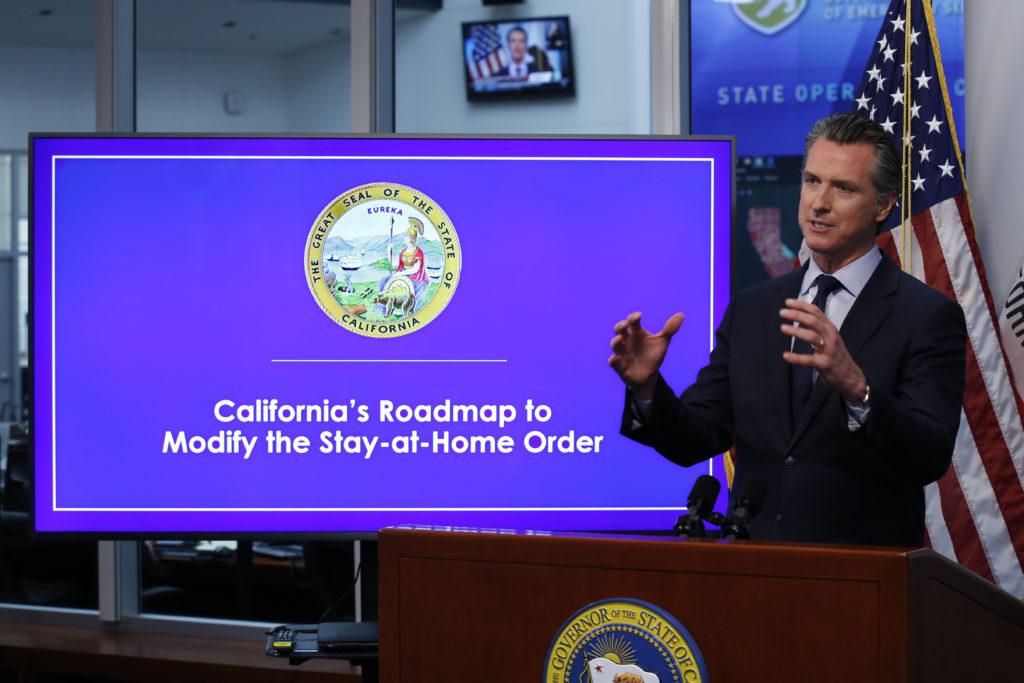 Newsom describes changes like staggered classes and no assemblies. 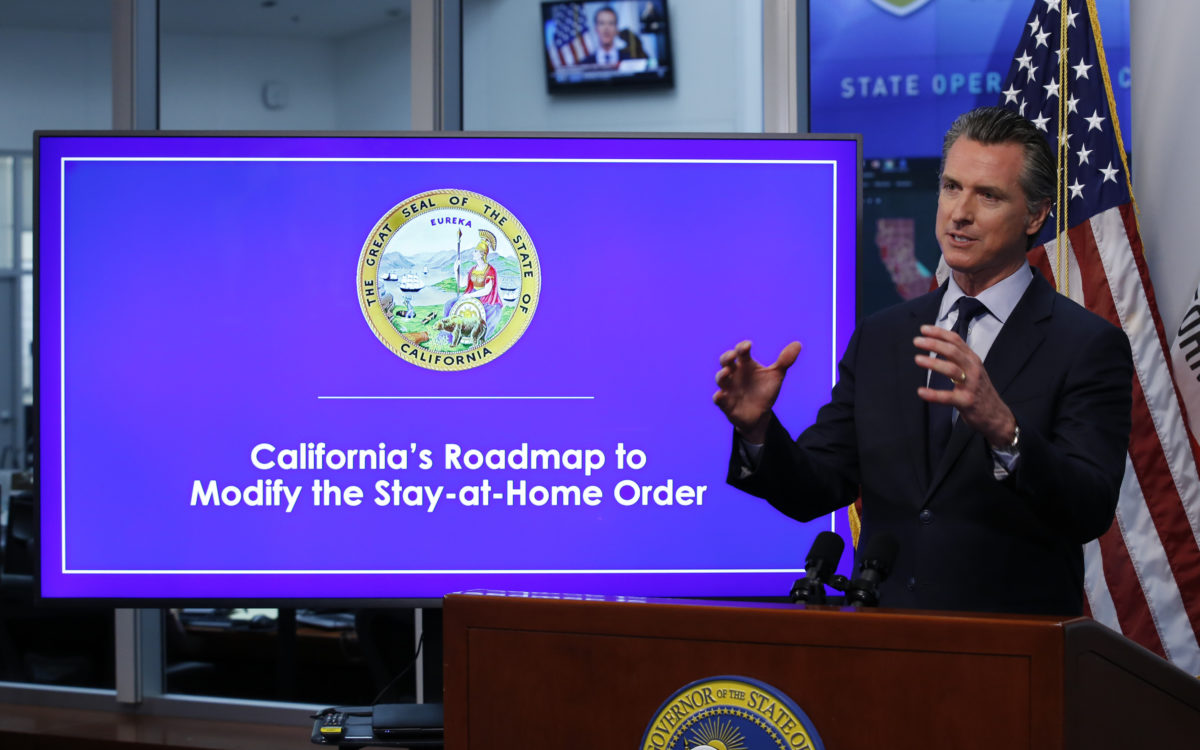 Photo: Rich Pedroncelli/AP Photo
Gov. Gavin Newsom discusses an outline for what it will take to lift coronavirus restrictions during a news conference at the Governor's Office of Emergency Services in Rancho Cordova, Calif., Tuesday, April 14, 2020. Newsom said he won't loosen the state's mandatory stay-at-home order until hospitalizations, particularly those in intensive care units, "flatten and start to decline."

Photo: Rich Pedroncelli/AP Photo
Gov. Gavin Newsom discusses an outline for what it will take to lift coronavirus restrictions during a news conference at the Governor's Office of Emergency Services in Rancho Cordova, Calif., Tuesday, April 14, 2020. Newsom said he won't loosen the state's mandatory stay-at-home order until hospitalizations, particularly those in intensive care units, "flatten and start to decline."

Gov. Gavin Newsom says it is too soon to ease up on restrictions keeping millions of students out of school, but when they do return, possibly in the fall, they would likely come back to schools organized in radically different ways in order to protect students, staff and families.

Currently over 6 million students in California are out of school, and school districts are struggling to provide them with “distance learning” that will hold their attention for weeks or months.

Newsom said the main challenge in reopening schools is how to ensure physical distancing among students and adults. That, he said, might require schools implementing staggered schedules, with some students coming in the morning and others in the afternoon. Students would not be able to congregate during mealtimes. Other school activities that involve larger groups, such as assemblies, physical education and recess would have to be reformed.

In addition, he said, “deep sanitation” and “massive deep cleaning,” would be needed in schools and beyond, including disinfecting playgrounds, parks, swings, benches and sidewalks.

He said he was having intensive conversations on how schools could be reorganized with State Superintendent of Public Instruction Tony Thurmond and other education leaders. The changes in school schedules would have to be negotiated with labor leaders, he acknowledged.

The California Teachers Association, the state’s largest teachers’ union, indicated its willingness to participate in those discussions. “Like Gov. Newsom, we want to bring our students and educators back to a safe environment,” CTA spokeswoman Claudia Briggs said. “We look forward to working to ensure that when it is time to reopen schools, educators are part of the conversation so our students can be taught well and in safe conditions.”

David Gordon, Sacramento County superintendent of schools, commended Newsom for bringing up the issue of school reopening now, “when we have time to think through the accommodations that will have to take place.” Some of the possibilities, such as double shifts at school, have been tried before, during a time of school overcrowding, he said, not for social distancing for health reasons. Adaptations may not be easy, he said, “but if you asked me two months ago, if families would be holed in their homes for six weeks, I would have said it would be impossible.”

“I’ve been impressed how people have observed instructions,” he said. Students’ willingness, he said, will depend on the ability to convince them that new rules “are not to inconvenience them but to keep them healthy.”

Newsom said that he will make further announcement about timing regarding any easing of restrictions in two weeks, and if he does recommend any easing, it will be done only if there is a decrease in hospitalizations and deaths, as well as an adequate supply of personal protective equipment and other essential supplies.

He acknowledged that because Californians have been mostly diligent in following sheltering in place orders, the state is seeing a much smaller surge in infections, hospitalizations and deaths than it originally projected. He noted that the number of patients in intensive care has actually declined — to 1077 on Tuesday — admittedly only a 0.1 percent decrease since Monday, but a decrease nonetheless. “We are finally seeing rays of sunshine on the horizon,” he said.

“We can’t get ahead of ourselves,” he said, pointing to the fact that 71 Californians have died since the last report a day ago. “I don’t want to pull the plug too early. I don’t want to make a political decision that puts  people’s lives and economy at risk.”

He said Californians would be able to go back to a normal life and routine only when there is “herd immunity” in the state and a vaccine is able to protect Californians and others from the virus. Herd immunity refers the point at which enough people become immune to a disease that it stops the disease from spreading. By all accounts, development of a vaccine is to require a year or more. So any easing of restrictions in the summer or fall would have to take into account that the virus still would present a risk to children and families.

Newsom said the prospect of any “mass gatherings” in the state anytime soon are “negligible at best until we get to herd immunity and a vaccine.” That presumably would rule out large gatherings like school sports events, concerts or parent nights for the foreseeable future.

“That could change,” Newsom said, if a vaccine is developed sooner.