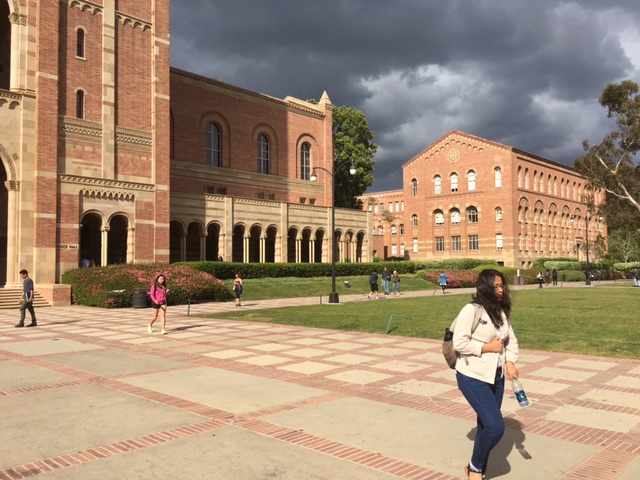 UC leaders said it would be unseemly to vote on tuition hike during the health emergency.

Declaring that it would be unseemly to raise tuition during the current national health emergency, leaders of the ten-campus University of California system on Wednesday withdrew their proposal to increase costs for the next five incoming freshmen classes.

However, the tuition plan — which originally was scheduled for a vote Thursday — may be revived at a later date, they said. The regents’ next meeting is expected to be in May.

John A. Pérez, chairman of the UC regents board, that the university needs the extra tuition revenue but that UC leaders have decided it “is not appropriate to move forward with this item given all the challenges” the coronavirus poses to students, faculty and staff and their families. The decision was reached after consultation with Gov. Gavin Newsom, UC president Janet Napolitano and campus chancellors, he said.

The proposal, called cohort tuition, would have exempted current UC students from future tuition increases but would have raised costs for California residents in the incoming freshman class of fall 2020 by $606, or 4.8 percent. That group’s tuition would then be frozen for six years. The next four entering classes would have seen additional hikes and similar freezes.

Officials say that more than half of UC’s undergraduates would have been shielded from the extra costs because of automatic raises in state financial aid and that some students would receive so much additional aid that they could use it for housing, food and books expenses. In most cases, only students from families with incomes of about $120,000 a year would have felt the full pinch of higher tuition, officials said.

“The idea was to provide predictability not only to the university but for our students and their families,” Pérez, former state Assembly Speaker, said during a video meeting. Adding change now “is not the right course of action,” he said.

The proposal faced strong opposition from Newsom and from student organizations. It would have increased tuition and mandatory systemwide fees for California undergraduates starting in fall 2020 to $13,176, not including room, board and campus fees that can total at least an additional $20,000 a year. Each subsequent entering class would see further increases of between 3.3 percent and 4.7 percent, depending on a formula partly based on inflation. Estimated basic tuition bills would have gone up to $15,414 for freshmen starting in 2024.

Students from other states and countries — who comprise nearly a fifth of UC’s 226,000 undergraduates — would have seen much higher costs than California residents under the proposal. For them, both the basic UC tuition and the supplemental charges for out-of-staters would have gone up. For those students, tuition and basic fees would have been $44,370 in the fall and climbed to $51,936 in 2024, with housing costs extra. Those non-Californians are not eligible for Cal Grants, although they can receive some UC and federal grants.

The cohort plan would have been a major break with tradition. Past UC tuition increases affected all undergraduates at the same time regardless of when they started at UC. Supporters said the proposed change would give families predictability during a student’s time at UC.

The increase would have been the first UC tuition rise since 2017 and only the second in eight years.