Some California college students find refuge on campus during a pandemic 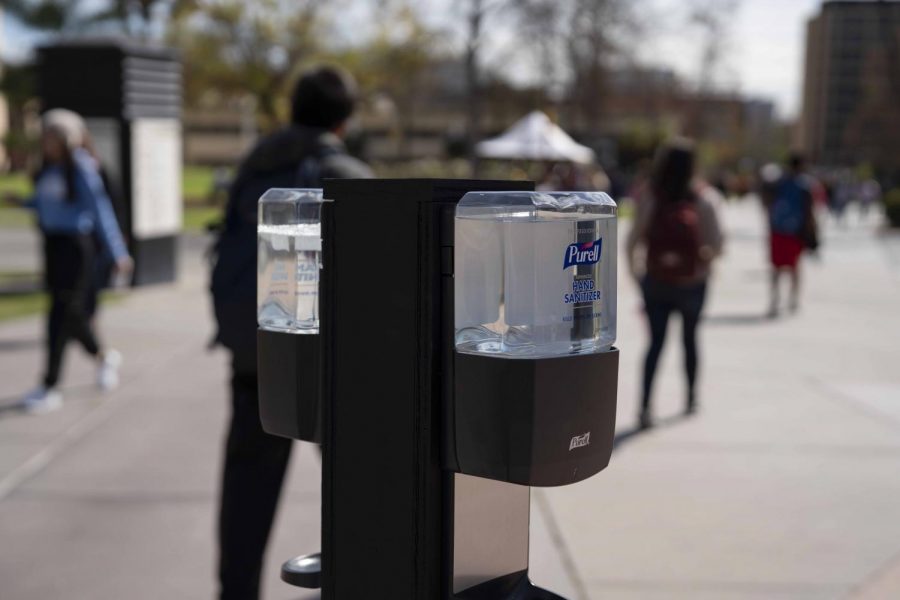 Many campuses are keeping dorms open for the most vulnerable students

California’s public universities and colleges have moved most courses online to limit the spread of the coronavirus. Still, dorms remain open for some like homeless, foster, out-of-state, international students or those who have nowhere else to turn.

Although many of the services that make up daily life on campus like recreation centers and libraries have ceased operating, dining halls and health and counseling services remain open.

California’s most vulnerable college students often rely on those services especially if they don’t have a car or family nearby that could help them.

“Each campus leadership team has been taking their unique student populations into account to ensure that students are not negatively impacted,” said Toni Molle, director of public affairs for the California State University System. “These populations include foster youth, international students and students who do not have another place to go.”

For those students who remain on campus, life will be very different. They may be asked to change residential halls, and dining options will be limited.

“We serve many students who may find this the best place to be with wi-fi, healthy food options, a health center, and our chancellor is cognizant of that,” said Elizabeth Arakelian, senior public information officer for UC Merced.

As an out-of-state student from Detroit, Cal State LA student Cheyenne DeWolf says remaining at the college is the best option for her, including wi-fi and food service. 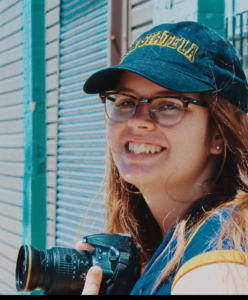 “I enjoy being on campus,” said DeWolf, a television and film major. “There’s no need to drive, and lots of things are close by.”

DeWolf also is worried about jeopardizing her own health and the health of her family home in Detroit. She said flying home is “too risky right now.”

“Two of my family members were on planes last week and are now sick,” she said. “So, I don’t want to risk it.”

College dorms, like nursing homes and apartment buildings, pose unique risks for spreading the virus because of the dense population and shared facilities, such as kitchens or bathrooms, doorknobs and elevator buttons.

The UC system is “strongly encouraging” dorm residents to leave quickly if they can, said Carrie L. Byington, executive vice president of UC Health, which runs the university system’s hospitals.

Some students chose to remain on campus because they felt it was safer than leaving.

Ravina Soma, a fourth-year Cal Poly Pomona student and her roommate, Susie Delgadillo, a third-year student at the college said although their families live in the Los Angeles area, they were better off remaining in a suite-type dorm with their own bathroom and kitchen on campus.

“School has been my home for the past four years,” Soma said. “It’s our own space. We’re the only people living here.”

Soma and Delgadillo said they’re concerned how much longer the college will allow them to stay and if they’ll be forced to move to a different dorm if officials choose to consolidate students in one residence hall because of reduced staff. But their current situation helps them maintain social distancing with others on campus, and they’re able to focus on their online classes.

“My mom was hesitant at first about me staying, but I have two other siblings and my grandfather, and my mom knows I’m still a full-time student,” Delgadillo said. “Here I have the internet and space to work, so it was the better option.”

Meanwhile, students at Pomona College, a small, private, liberal arts institution in Claremont, were also asked to leave campus. The four-year institution, of about 1,800 students, did make an exception for some who requested to remain on campus, but others were rejected. Now those students have organized as Occupy Pomona and released an open letter calling for the college to grant housing to any student who is requesting a place to stay.

Marie Tano, 21, a Pomona student from Georgia, said she was denied a request to stay on campus. She moved off campus Wednesday after receiving help from friends to remain in the Los Angeles area.

“I wanted to stay on campus because I have more resources here,” Tano said. “My doctor is here, and all of my income is made on campus.” She works as a student mentor and in the college library, but she also worried about traveling when health and state officials are discouraging it.

“There are a lot of people at the airports who could potentially get sick. I’m not trying to get sick or put my family at risk,” she said.

Pomona officials said they worked with “every student who needed help,” and that the vast majority of students left campus, even those who petitioned to stay, said Patricia Vest, a spokeswoman for the college.

“For those whose petitions were not approved, nobody has been required to leave,” she said. “We are working around the clock to help every student find solutions, as we know, the events of recent days have been extremely disruptive for every member of our community. We have provided airfare and other travel costs for every student requesting it.”

Stanford University is providing on-campus undergraduate housing and modified dining for a limited number of students and asking other students to go to their permanent residences. The campus is allowing some residential staff to remain on campus.

U.S. Rep. Karen Bass, a Democrat representing southern Los Angeles and Culver City, said she’s concerned for college students who have been in the foster care system and other young people as colleges make changes to stop the spread of the coronavirus.

“When schools close the normal situation is that the young people just go home to their family,” said Bass, who also is a member of the bipartisan Congressional Caucus on Foster Youth. “(We’re) urging colleges and universities to not just have a blanket policy as they take unprecedented actions to protect their students during this outbreak — but to consider the fact that there are homeless students, and there are students who do not have families to go home to.”

Bass said she isn’t just concerned about their housing needs, but as colleges transition their classes online and close libraries and computer labs, students will struggle with accessing technology.

iFoster, a nonprofit organization, has been getting laptops and internet hotspots in the hands of foster youth and some homeless students affected by classes moving online since Monday. As of Wednesday, more than 800 students in the state’s public colleges and universities had received a laptop and about 1,000 received smartphones, according to Serita Cox, chief executive officer and founder of iFoster.

“Many of these students relied on campus computers,” said Debbie Raucher, a project director with John Burton Advocates for Youth, a San Francisco-based nonprofit. “And now, it isn’t even a question of where to write your paper, but getting access to your online classes at all. And this population, if they miss a week or two of class time that can be catastrophic to their educational careers.”

Raucher said for many students if they fall behind or fail a class, they risk losing financial aid and it could create a negative domino effect.

With many campuses attempting to accommodate students who can’t leave, housing may not be an immediate concern. But it will be if the virus continues to keep colleges closed, Raucher said.

They may not be kicked out of dorms, but the economic effect of the pandemic could mean more vulnerable populations like foster youth suffer in the medium and long term, she said.

“As the economic effects of this begin to be felt, we’re going to see an increasing need for resources like food and housing for foster youth because many of them work in jobs that can’t necessarily telecommute,” she said. “They work at campus bookstores or Starbucks, and none of us know, at this point, whether those jobs are temporarily suspended or if there will be permanent layoffs and our foster youth are the ones that don’t have a safety net.”