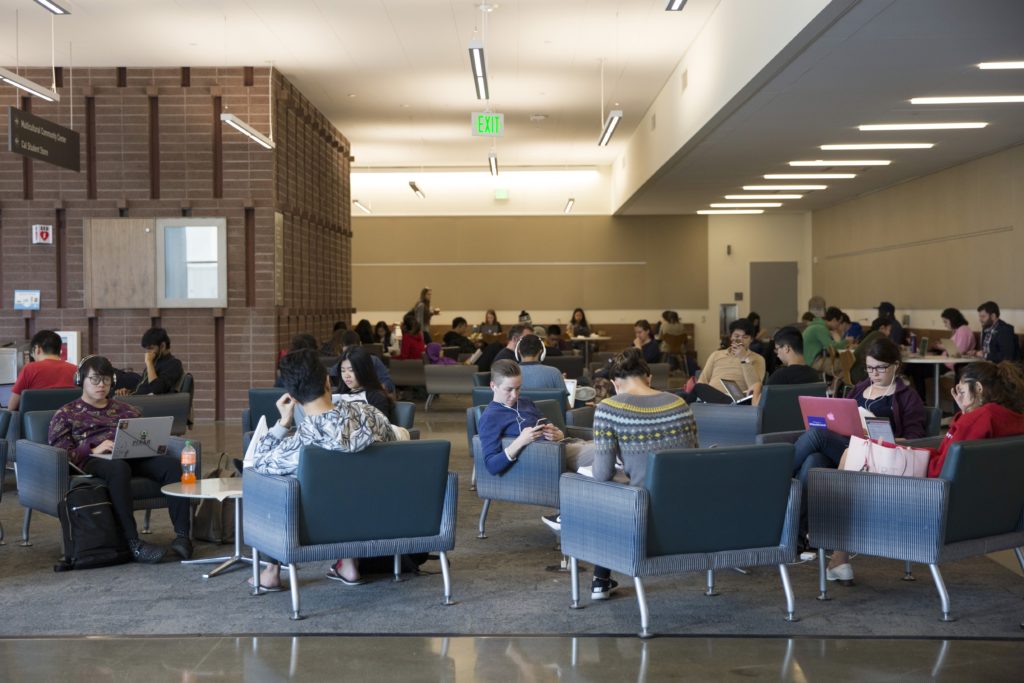 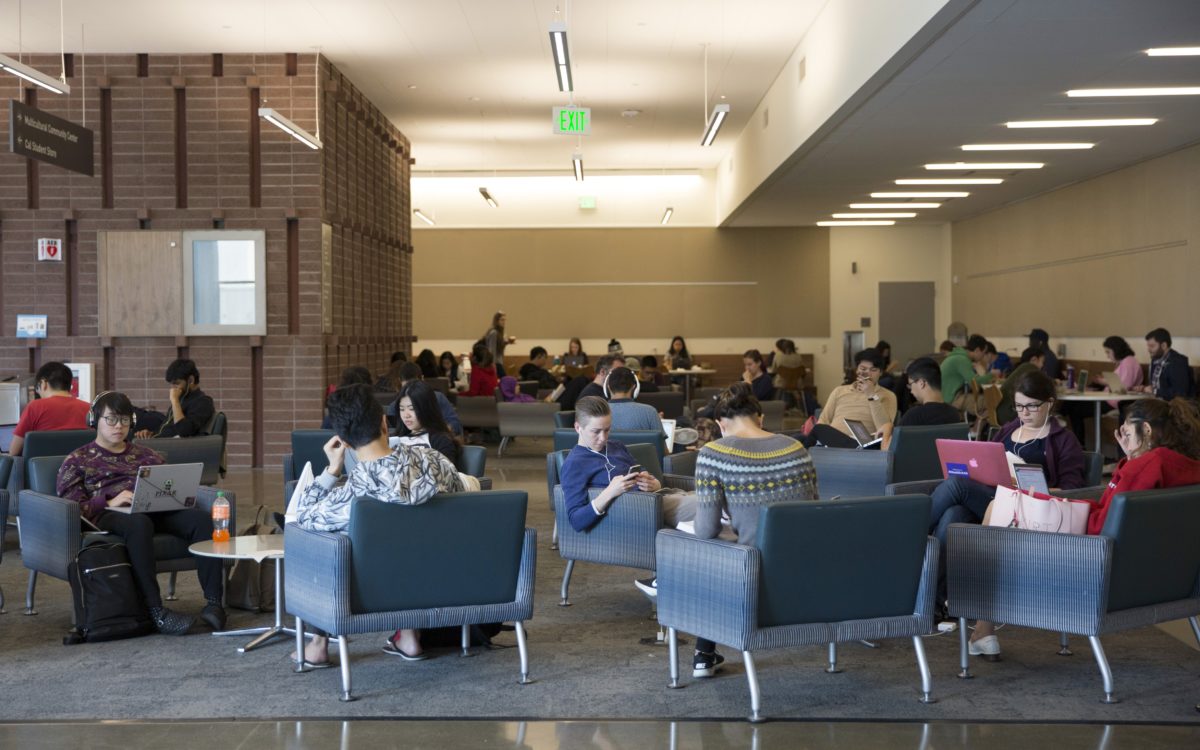 However, Newsom offered higher education significantly less than its leaders sought and notably did not propose any large financial aid increases to help pay students’ housing and food costs. As a result, months of lobbying for more money and legislative negotiations are ahead.

The governor proposed 5 percent increases for the basic operating budgets for each of the state’s university systems: the ten-campus University of California and the 23-campus California State University. That would amount to $217.7 million more than last year for UC and $199 million more for CSU.

Those additions were less than half of what the two universities were seeking. But Newsom noted that the increases would total more than 12 percent over two years if his plan is approved by the State Legislature. That, he said, was “not too bad” and would be the largest amount over “any 24 months” in recent memory.

As a member of the two university governing boards as governor and, before that, as lieutenant governor, Newsom said that he knew “the appetites of my colleagues and former colleagues at the UC regents and the CSU board of trustees” in wanting more state money. But he signaled that they should be happy with his plan.

Unlike last year when he was adamant that UC and CSU tuition should be kept flat, Newsom on Friday did not explicitly mention tuition levels. However, his budget insists that the state funding is provided to improve or maintain “college affordability,” access and improved graduation rates for all students, especially underrepresented groups such as African-Americans. When asked whether the governor would flatly rule out even a modest tuition increase, his budget staffers Friday, during a briefing with EdSource, emphasized the importance of keeping college affordable and said they would wait to see what the two universities propose.

Online programs for adults to complete their bachelor’s degrees and professional certificates won special attention from Newsom. He offered $4 million in one-time funds for UC and $6 million to CSU for such efforts at extension and continuing education programs that will help adults “improve their long-term economic and social mobility,” the budget document said.

Newsom specified that he expects CSU, which enrolls about 482,000 students, to continue with its efforts to substantially improve graduation rates by 2025. CSU recently announced that 27.5 percent of those who began as freshmen graduated within four years, up two percentage points over the previous year but still well short of the 40 percent goal. The six-year graduation rate was 62.1 percent, up one percentage point, closer to the 70 percent goal.

For UC, Newsom’s budget noted that a funding boost last year would continue to allow enrollment to grow in 2020-21, by 1,600 in-state undergraduates from the current 185,600. (Those Californians comprise 82 percent of the undergraduates, with students from other states and nations the rest.)

The budget comes at a time of considerable uncertainty about the leadership of California’s public higher education systems. Both UC president Janet Napolitano and CSU chancellor Timothy White have said they will be leaving their posts later this year and searches for their replacements are underway.

Leaders of UC and CSU thanked Newsom for the proposed increases yet clearly indicated that they hope more will be forthcoming as budget talks stretch out over the next five months.

UC’s Napolitano and UC Regents Chairman John A. Perez said in a statement that they will continue to work with the governor and Legislature for funding to improve on-time graduation rates, particularly for students who are low-income or first in their families to enter college. “UC appreciates the governor’s strong continued support of higher education and looks forward to our ongoing partnership,” their statement said.

While appreciating the additional funding, White, in a statement, pointed out that it “covers a portion of the university’s needs. As the budget process continues, we look forward to joining with students, faculty, staff and other stakeholders to advocate on behalf of the CSU.” Newsom’s plan contains an additional $31 million for CSU retirement benefits costs.

On financial aid, Newsom proposed an additional $21.6 million in aid to parents who are students at a community college or public university — building on last year’s budget that included $96.7 million in aid for those students. Newsom also proposed $5 million to convene a workgroup that would study student loan borrowing patterns and educate student borrowers about their loans, lending practices and repayment options.

However, the governor proposed no significant boosts in aid to help students with non-tuition costs such as housing and food, disappointing advocates who have called for a reform of the Cal Grant system to address the total cost of attending California colleges and universities.

“It is disappointing that the Governor did not take this opportunity to provide a meaningful down payment on an urgently needed expansion of the Cal Grant,” said Jen Mishory, senior fellow at The Century Foundation, in a statement. “We hope the legislature will recognize this shortfall and work to include greater student aid in the final budget.”

Newsom’s budget proposal notes that the California Student Aid Commission has convened a workgroup that is studying the state’s financial aid programs and will soon make recommendations to the Legislature to better address the total cost of attendance. Newsom’s education staff said they are eagerly awaiting the report.

Newsom’s budget does propose significant investments in apprenticeship programs: $83.2 million to create and support programs in such fields as advanced manufacturing, hospitality and life sciences across the community college system.

Eloy Ortiz Oakley, the chancellor of the state’s community college system, said in a statement that the proposed budget “represents a strong start for the California Community Colleges and the students we serve.”

Newsom also proposed an additional $17 million to support the Fresno Integrated K-16 Education Collaborative, an initiative that helps students in the Fresno region go to and graduate from college and get jobs in fields such as accounting and nursing. That investment is part of a larger $50 million investment by Newsom to improve economic mobility in the Fresno region.

The budget plan also contained $50 million for UC Davis to expand its veterinary programs over five years to “provide expertise, support and local assistance” to help communities develop no-kill animal shelters that would ensure that any adoptable or treatable dog or cat would not be euthanized.