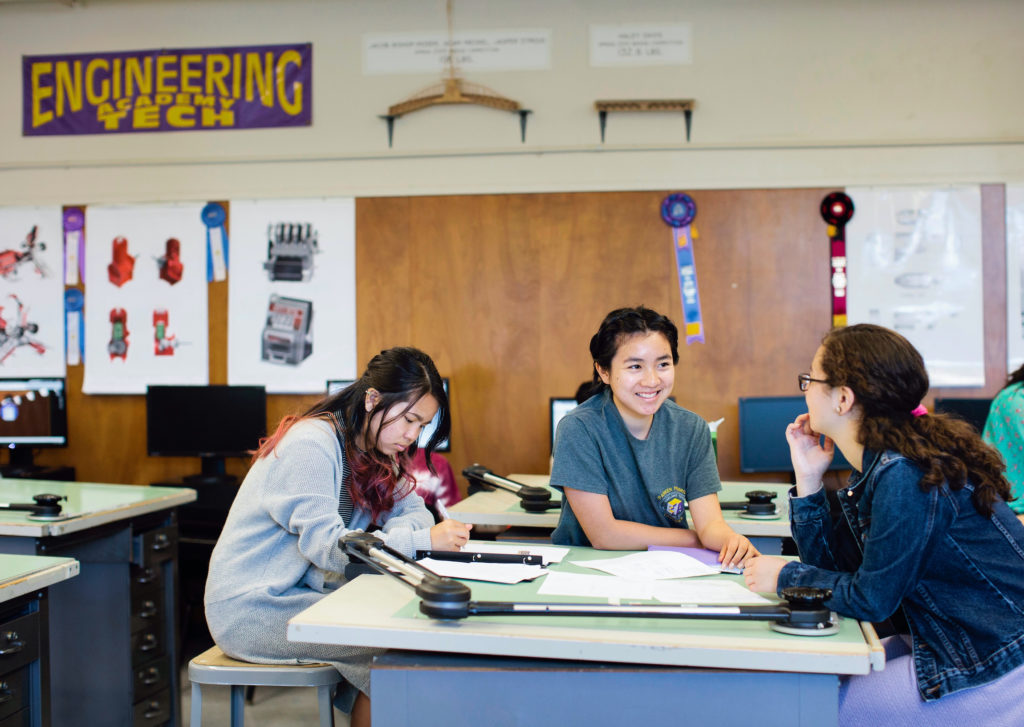 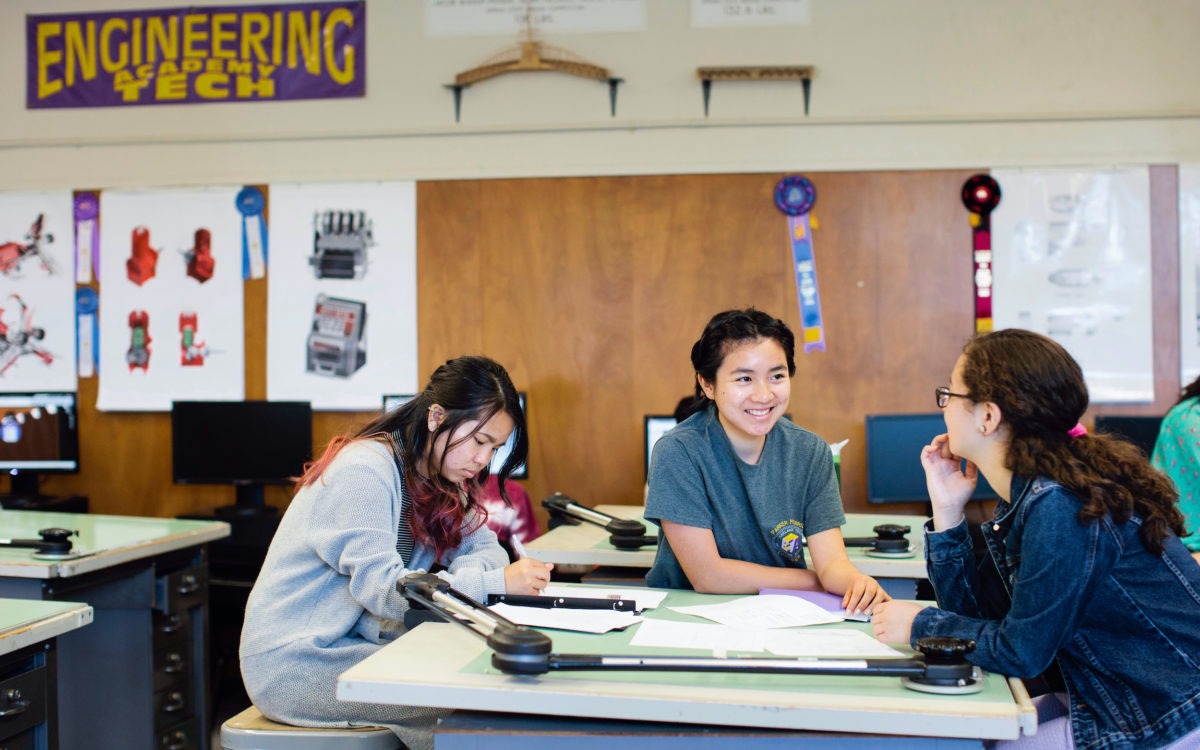 Prevailing in negotiations with Gov. Gavin Newsom, the Legislature passed a state budget that will let K-12 schools spend at the same level in 2020-21 as this year — avoiding the billions in cuts that Newsom had proposed.

But there’s a catch. Spending won’t equate to funding. School and community college districts will have to front $11 billion they would normally get from the state in exchange for IOUs. Districts won’t be paid back until 2021-22.

Deferrals, as the late payments are called, may sound familiar. They also were the Legislature’s go-to strategy during the Great Recession.

The Legislature and Newsom still hope they won’t be needed. Both built budgets assuming Congress would provide enough stimulus aid to fill in for declining state revenues. Newsom proposed a combination of cuts and deferrals if that didn’t happen. The Legislature countered with all deferrals. School districts, looking to an uncertain reopening of school with unpredictable expenses, preferred that option.

But with the proposed $3 trillion HEROES Act now stalled in the Senate, Congress may not come to the rescue in time. And deferrals have their own set of costs and liabilities. They’re not spread equally among school districts and in a prolonged recession districts may get stuck with them for years. That’s why Newsom initially proposed to move cautiously. 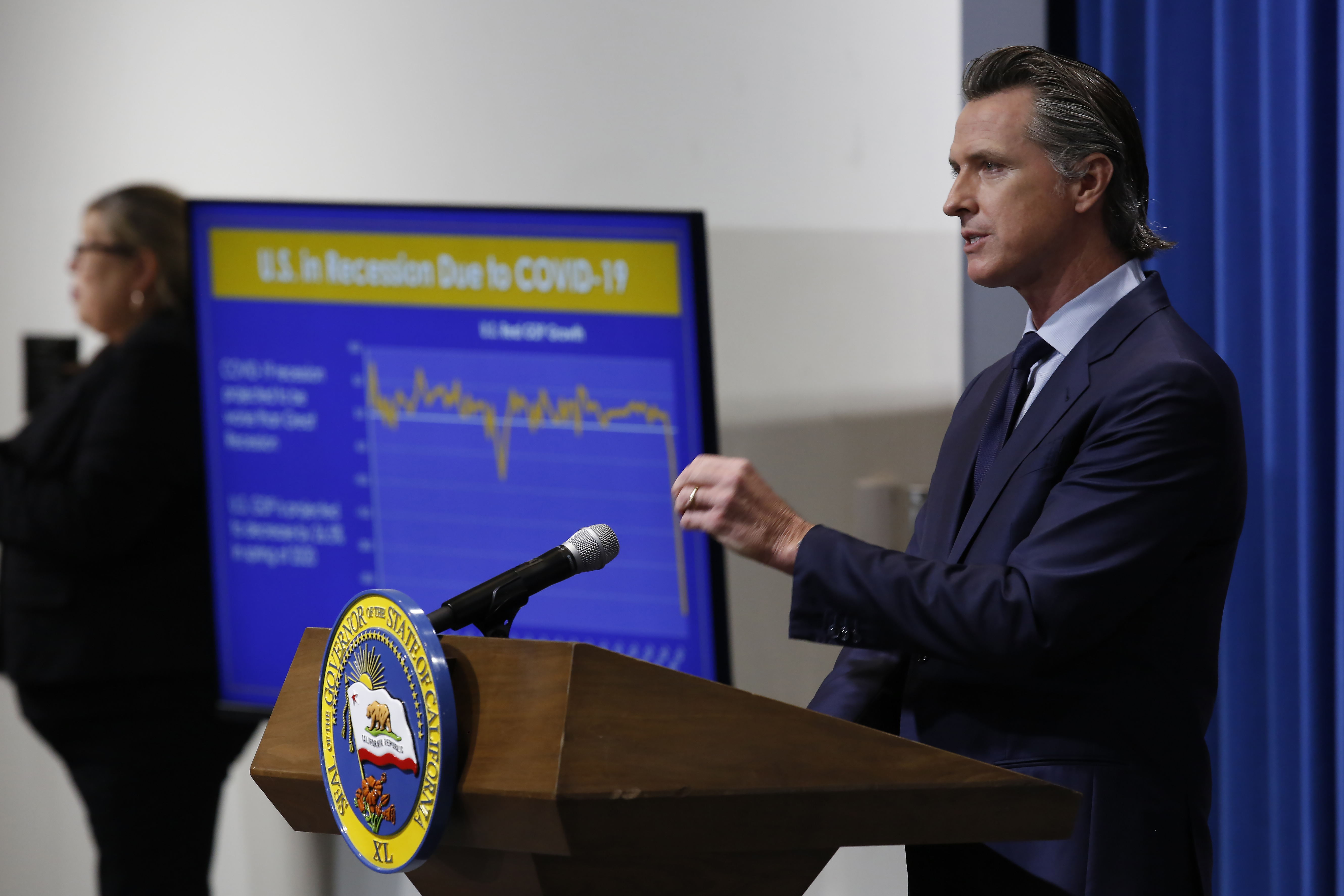 Small school districts and charter schools will likely have the hardest time managing their cash flow. So will districts with low property wealth, which also have the highest rates of low-income families. They receive the most money from the state and have to borrow the most to tide them over.

What follows are answers to questions about deferrals.

What are they, again?

Deferrals are late payments to districts that are needed because the state can’t meet its funding commitment to education.

Deferrals let districts budget for more money than the state will provide. They can spend as if there is no reduction in revenue. At the same time, by pushing a portion of payments to districts into the following fiscal year, the state will fund less than it budgeted and can claim a one-time savings.

Those are deferrals’ advantages.

Deferrals may appear relatively painless but create a potential trap of perpetual funding obligations. If multi-year federal funding doesn’t come and state revenues only increase slightly, then the state will either have to cut spending or issue another round of deferrals.

The only way for the state to get back on track will be to “double up” in a year when there’s an increase in revenue. If it’s paying $1 billion late, it will need an extra billion to catch up. And if next year, the economy continues to falter and state funding drops $2 billion more, Newsom will have the choice of raising deferrals to $13 billion or cutting spending by that amount.

Why do we need them now?

Schools are funded through Proposition 98, the formula that determines what portion of the General Fund goes to community colleges and K-12 schools. Since 2013-14, districts have counted on steady, sometimes sizable yearly funding increases.

But the coronavirus pandemic has torn a hole in the economy and left state revenues in tatters. Last year, the minimum level of Prop. 98 funding was $81.5 billion; the minimum funding level for 2020-21 will be $70.5 billion. Deferrals of $11 billion will bring spending to last year’s level.

How do next year’s deferrals compare with those used in the Great Recession?

Prop. 98 has grown substantially since then. Next fiscal year, which begins in July, about 16% of Prop. 98 funding will be paid late to schools and community colleges.

Why didn’t Newsom propose more deferrals from the start instead of cuts?

Newsom hasn’t said why, but others share Newsom’s concern about a prolonged recession and revenue drought. If revenues fall or stay flat next year, the state will already have issued a record-high amount in deferrals. Without more deferrals — or higher taxes, which are hard to pass in a recession — Newsom would be pressured to slash education spending. That’s what former Gov. Jerry Brown threatened to do in the 2013-14 budget. Instead, voters raised sales and income taxes in November 2012 through Proposition 30.

“There is definitely some upper limit on how much you can do in deferrals, but there is no predefined amount. It will have to do with what the market would accept,” said Gabriel Petek, California’s Legislative Analyst. In his former job, he was the chief analyst for California for S&P Global Ratings, which evaluates the financial conditions of the state, local governments and school districts.

More deferrals also will extend the time it will take to pay back the money and compound potential cash-flow problems.

How do deferrals work?

The first deferral began in June, when the state withheld $1.9 billion as the last payment for 2019-20 and pays it back this month, the start of 2020-21. Starting in February, the state will make partial payments through June, pushing back repayment to 2021-22.

Unlike most forms of debt, the state will be in arrears, but districts will borrow and bear the costs. The cheapest and easiest way is to borrow from districts’ own budget reserves. In a report in April, the Legislative Analyst’s Office said that in 2018-19 school districts held reserves equaling 17% of spending and were in better shape than heading into the Great Recession.

But a year later, reserves in many districts are likely smaller. Some of the state’s largest districts — Los Angeles, Sacramento City, Oakland and West Contra Costa — have been eating into savings for years, with reserves at or below 3%.

TRANs are viewed as safe investments. Most districts should not have a problem getting them at interest rates of around 1%. But for Sacramento City Unified and a handful of districts deemed at risk of running out of cash sometime in 2020, it’s unclear how they will be able to borrow short-term, said David Gordon, superintendent of the Sacramento County Office of Education.

Small and independent charter schools may find it difficult to obtain loans with deferrals as large as anticipated, said Eric Premack, founding director of the Charter Schools Development Center in Sacramento. Without collateral required for large loans, they will pay high interest rates. “While many charter schools learned from the prior recession and have amassed significant cash reserves, many others are still strapped and would be deeply stressed by the proposed deferrals,” he said.

The budget authorizes the California Department of Finance to provide as much as $300 million in emergency relief to charter schools and districts unable to find financing for deferrals.

Will the burden of deferrals be felt equally?

Definitely not. Understanding why requires a bit of background.

To pay school districts what they’re owed under Prop. 98, the state turns first to property taxes and then to the General Fund to fill in what’s left. Deferrals will apply only to the amount of revenue supplied by the state. Statewide, 36% of revenue comes from property taxes and 64% from the General Fund. But those proportions vary widely among counties and even districts within counties.

A district’s property wealth is the main factor determining the ratio. In high-wealth coastal counties like Napa, Santa Clara and Orange, most school districts get less than 40% of their base funding from the state. School districts in low-wealth counties, like Kern and Riverside, get the most revenue from the General Fund. They’ll be the first to face cash-flow problems.

Capistrano Unified in Orange County and Corona-Norco Unified in Riverside County, two similarly sized districts, illustrate the impact. The $11 billion in deferrals will comprise 16% of districts’ Prop. 98 revenue. Property taxes fund three-quarters of Capistrano’s Prop. 98 entitlement. Only about 4% of its funding next year will be deferred. In Corona-Norco, where the General Fund provides three-quarters of funding, about 12% of its Prop. 98 funding will be late.

How long can deferrals continue?

Deferrals can be paid off only when state revenues increase. A recovering economy and tax revenue from a sales and income tax increase that voters approved in November 2012 provided a surge in revenue. Brown set eliminating the state’s “wall of debt” as a priority and paid off deferrals by the end of 2014-15.

Absent another tax increase, paying off deferrals will take longer this time. And there’s a new wrinkle. Once the economy rebounds, state law will require Newsom and the Legislature to replenish a Proposition 98 rainy day fund before the state can pay down deferrals. That will prolong the time deferrals can be eliminated.

The worst-case scenario would be for the state to enter the next economic downturn without having paid off existing deferrals. Additional deferrals, if lenders issue them at high interest rates, would compound the problem.

“Continuing deferrals is not a problem if you have a reasonably good recovery,” Premack said, “but ultimately for all schools, charters and otherwise, deferrals will become a cut.”