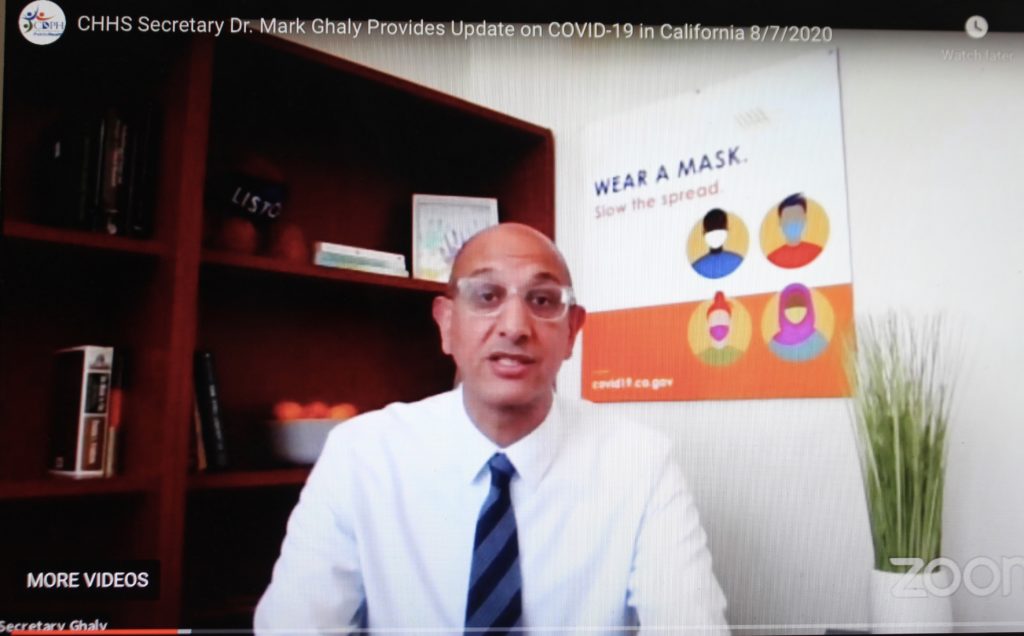 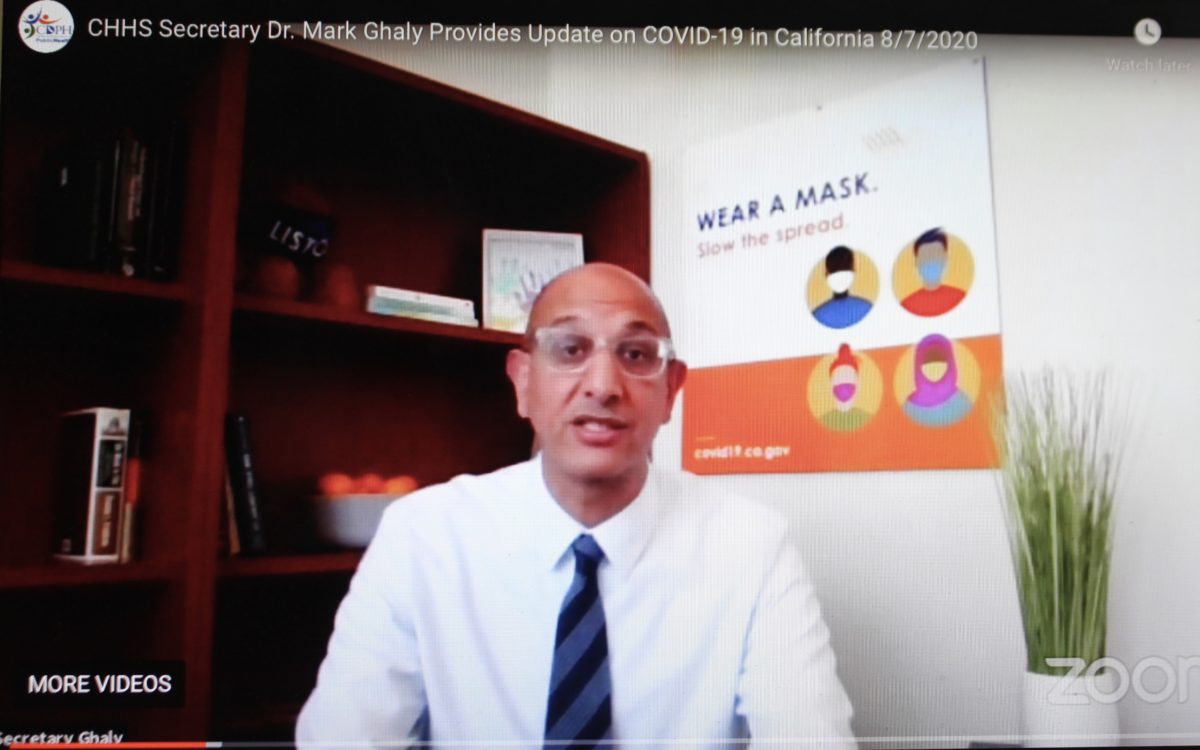 California expects to fix its statewide Covid-19 data tracking system within 48 hours. In the meantime, the state has frozen its county “monitoring list” that determines whether businesses and schools can reopen, the state’s top health official said Friday.

Dr. Mark Ghaly, the state’s secretary of Health and Human Services, said during a virtual press briefing that about 250,000 to 300,000 data records were not transmitted to the state’s CalREDI data system due to technical problems between July 25 and Aug. 4. The problems involved the way data was transmitted from labs to the tracking system, as well as an expired certificate for a third-party organization that processes results for one of the largest labs in the state, which was not renewed for five days.

The county monitoring list has remained frozen since Friday due to the inaccurate Covid-19 case data that Ghaly said he first learned about Monday afternoon.

In a separate action, the state had already frozen the monitoring list because of a change in the way hospitalization data was being transmitted to the federal government, which has since been resolved.

“The CalREDI system was not built for this level of data,” he said, adding that the state is creating a new data system that will have the capacity to accurately track the more than 128,000 test results collected each day. The backlog of 250,000 to 300,000 records are not all necessarily individual Covid-19 test results, he said, noting that they could include duplicate records or test results related to other diseases.

The state expects to process each of the backlogged results and to report them as of the date they were collected, which will give counties and the state the best idea of how Covid-19 is spreading in local communities, Ghaly said. Gov. Newsom announced on Monday that case rates were going down, based on data the state now acknowledges was flawed and incomplete.

However, Ghaly said the state still believes cases are trending downward overall, based on hospitalization and intensive care unit data, which was not affected by the glitch. But he acknowledged that those numbers are still rising in some parts of the state.

The state will unfreeze the county monitoring list “after we have confidence in all our data,” Ghaly said, adding that no decisions about opening businesses or schools have been made based on the faulty numbers.

Many counties, including Orange County, have been waiting for the state to correct its data so their public health departments can make decisions about whether to approve elementary school waivers. Based on state guidance, no public or private school can receive a waiver for in-person instruction if its county is on the state’s monitoring list.

Ghaly said counties will be able to continue making decisions about elementary school waivers as soon as the data issues are resolved and that the state is aware of the “urgency” involved, since schools, parents and teachers need to finalize their plans based on local data. Currently, 38 counties are on the monitoring list, representing more than 95% of the state’s population.

“The governor has directed a full investigation of what happened, and we will hold people accountable,” Ghaly said. “The governor demands better of us, and we are committed to doing better.”

He said his office is working to understand how the data problems were communicated within the Department of Health and Human Services, as well as in the state’s Department of Public Health. Some people knew of some data challenges before Monday, he said.

“We are forming a committee to look at how that communication could have been better and where it went wrong,” he said.

Ghaly said state officials would continue to work on the data problems over the weekend, so they can report on the status of the backlog early next week, along with how it is affecting Covid-19 transmission numbers across the state.