Fearing distance learning, many parents opt for preschool instead of kindergarten 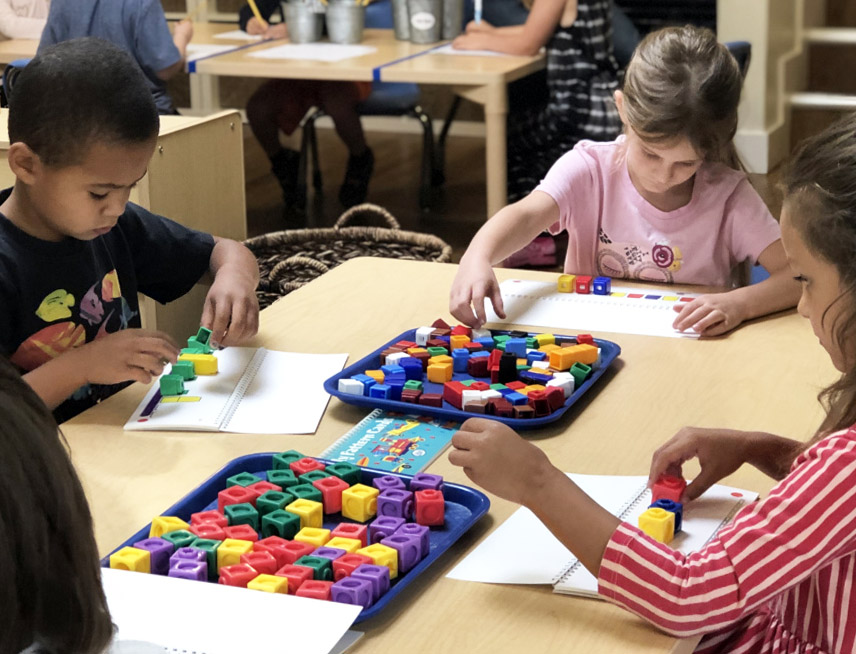 Many California parents are opting out of kindergarten this year, due to concerns about whether distance learning or attending school for the first time with strangers in masks will be good for children.

Liz Coleman, an attorney who lives in Novato, in Marin County, north of San Francisco, agonized for weeks over whether to enroll her 5-year-old daughter Katie in kindergarten or keep her in the child care center she has been attending since she was a baby, first in a program for infants and toddlers, then in a preschool program for 3-5 year-olds.

In the end, Coleman chose to stick with the child care center, for multiple reasons. For one thing, unlike the kindergarten program at her local public school, which is now being offered via distance learning, her daughter can attend the preschool in person. Also, because Coleman works full time, she wouldn’t be able to supervise Katie’s distance learning activities at home. Most importantly, Katie already knows the teachers and other children at her preschool, which Coleman hopes will give her daughter some comfort, since the pandemic has made her very worried about getting sick.

“This whole situation has been pretty anxiety-inducing for her,” Coleman said. “She gets up in the middle of the night sometimes and washes her hands. I felt like consistency was more important than whatever academic benefits there might be from kindergarten.”

“No one size fits all, but not enrolling your kid in kindergarten or TK right now, when it’s online like this, is not a bad idea,” said Adria Taha-Resnick, president-elect of the California Association for the Education of Young Children.

Although statewide enrollment numbers for this fall have not yet been compiled, many school districts, including some of the largest, like Los Angeles Unified, Fresno Unified and Elk Grove Unified near Sacramento, are reporting lower enrollment in kindergarten compared to previous years.

The largest district in the state, Los Angeles Unified, had about 6,000 fewer kindergartners show up this fall compared to last year — a drop of about 14%. There are some drops in enrollment every year in the district, but this year, the drop is more than four times what it was last year. The district did not report how much transitional kindergarten enrollment had dropped.

“The biggest drops in kindergarten enrollment are generally in neighborhoods with the lowest household incomes,” said Superintendent Austin Beutner in remarks broadcast on Aug. 31. “We suspect some of this is because families may lack the ability to provide full-time support at home for online learning, which is necessary for very young learners.”

Officials at Fresno Unified and West Contra Costa Unified, which includes Richmond, also said there had been a drop in kindergarten enrollment, but did not provide numbers.

As more 5-year-old children re-enroll in preschool instead of going on to transitional kindergarten or kindergarten, a few, like Child Family Community in Santa Rosa, and Rockridge Little School in Oakland, have opened new classrooms just for kindergarten-age children.

“A big majority of parents have stated that they feel more comfortable and safe staying here in our smaller site knowing what their exposure risk is, versus the much larger potential exposure risk in a public school,” said Renee Whitlock-Hemsouvanh, co-owner of Child Family Community.

Some kindergarten-age children attending Rockridge Little School participate in distance learning classes offered by Oakland Unified while they are at the preschool. Many have chosen not to.

The Child Family Community preschool does not offer that option at all. Whitlock-Hemsouvanh said that’s a selling point for parents.

“We are a media-free school. We don’t have screens for the children to use. And the parents do not feel that it’s appropriate for their children to be on Zoom or electronic learning for hours a day,” Whitlock-Hemsouvanh said.

Not all children who opt out of kindergarten have the option of staying in preschool, however. Some children might be opting out of school programs of any kind and simply staying home with a family member. Children who qualify for state-subsidized preschool and Head Start because their families are low-income are no longer eligible once they are old enough to attend kindergarten. However, children who are still 4 on Sept. 1 can keep attending these subsidized programs instead of moving on to transitional kindergarten.

Kidango, a nonprofit organization that runs more than 50 child care centers in the San Francisco Bay Area, serving mostly low-income children, has about one-fourth more children who stayed this year instead of going on to transitional kindergarten.

Abegail Casabar chose to keep her son Zaiden, who will be 5 in October, at a Kidango center in San Jose instead of sending him to transitional kindergarten.

“It’s the hands-on learning that he gets with teachers he’s familiar with,” Casabar said. “It’s a lot harder for a child who is doing distance learning and hasn’t been in the classroom yet. They don’t know who their teacher is. You can only prepare them so much.”

Some experts agree, including the nonprofit California Association for the Education of Young Children, which provides training and resources for early educators. Normally, the organization would be advocating for children to enroll in transitional kindergarten and kindergarten. This year, President-elect Adria Taha-Resnick is not so sure.

“No one size fits all, but not enrolling your kid in kindergarten or TK right now, when it’s online like this, is not a bad idea,” said Taha-Resnick, who also teaches early childhood education at California State University Channel Islands. “Getting a lesson online from a kindergarten teacher is certainly not optimal at all and to be perfectly honest, it’s not developmentally appropriate to ask a 5-year-old to sit in front of a computer for more than 20 minutes.”

The biggest benefits of kindergarten and transitional kindergarten, Taha-Resnick said, are that they teach children skills like taking direction from adults and getting along with their peers. She said young children should be having lots of conversations with others, talking and singing with caregivers, as well as learning by doing. For example, cutting with scissors or stringing beads helps children learn how to hold a pencil.

Some kindergarten and TK teachers want more clarification about whether the instructional minutes mandated by the state must all be screen-time only or if they can include hands-on activities like cutting with scissors, drawing and play that are more appropriate for that age group, according to Gennie Gorback, president-elect of the California Kindergarten Association. Gorback said clarification from the state or school districts would help answer the concerns she has heard from many teachers.

“We don’t want to recommend them to go against the rules, or what their administration has required, but at the same time kindergarten is a different world than early elementary,” Gorback said. “We encourage developmentally appropriate movement, developmentally appropriate learning through play. We value the arts and the interpersonal relationships that come with the kindergarten year.”

Some parents who did enroll their children in kindergarten this fall are unsure whether they will keep them there. Norma Gonzalez’s daughter started kindergarten this year in Mendota Unified, near Fresno. Her school schedule includes more than 3 hours of live instruction on screen every day.

She said her daughter has a hard time concentrating for that long.

“After seeing her struggle online, it has crossed my mind to pull her out this year,” said Gonzalez, who is a middle-school teacher in the district and is also working from home. “I don’t think the task force that designed this day consulted pediatricians to see if this was adequate or age appropriate.”