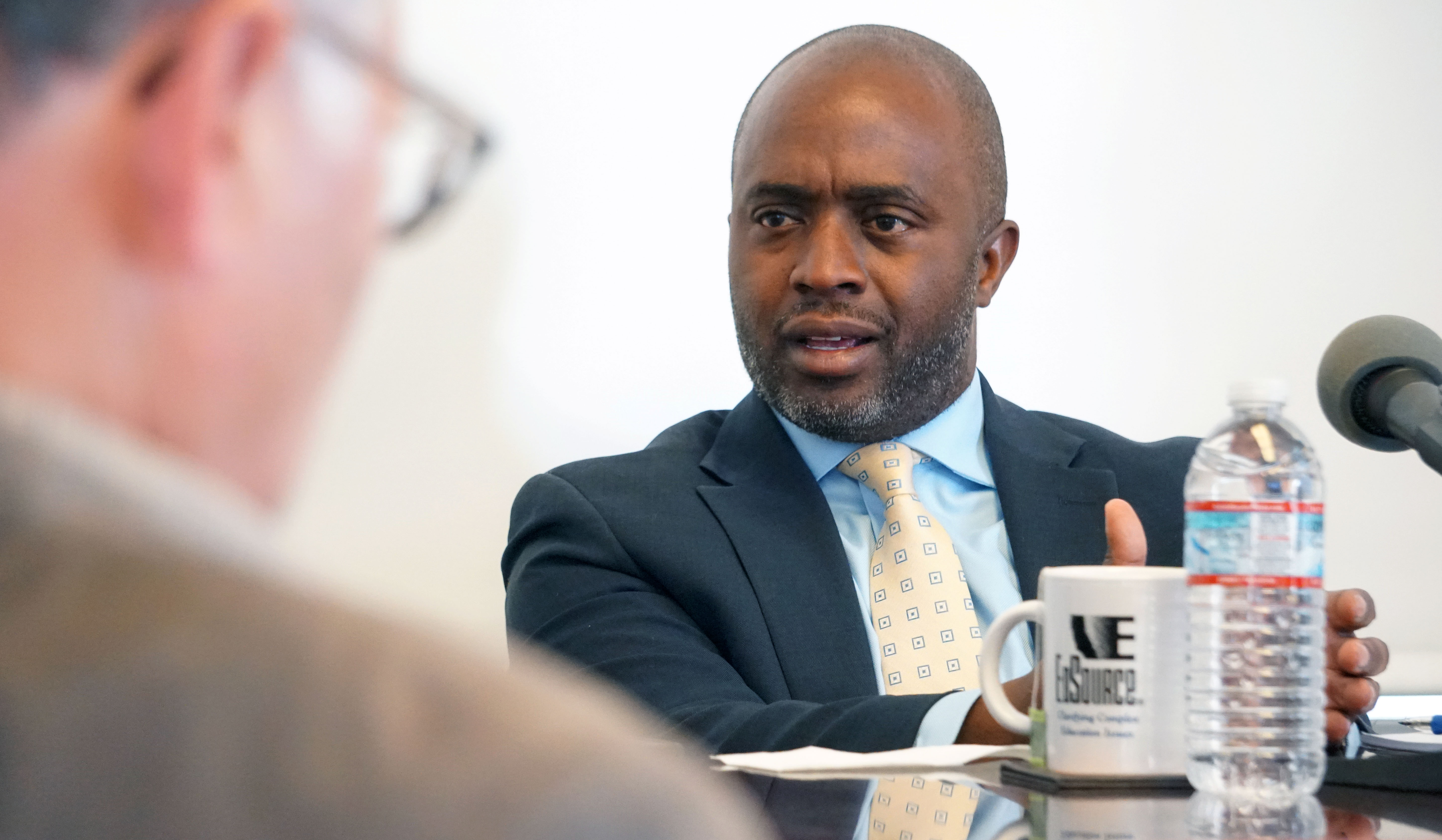 California Superintendent of Public Instruction Tony Thurmond’s voice broke as he recounted the last moments of George Floyd’s life as he lay dying on a Minneapolis street.

“I am haunted by the sound of his voice, begging to breathe, begging for life and we must address that trauma head on,” Thurmond said during an address on Facebook Monday. “We must have hard conversations.”

Floyd, an African American man, was asphyxiated by a white police officer who pinned him to the ground with his knee for more than seven minutes, according to an independent autopsy released today.

Thurmond and other California Department of Education officials plan to meet with leaders in education, government and law enforcement to talk about racial bias and how education can teach empathy and tolerance and build racial justice. The department will offer online resources on racism and implicit bias on its website in the future. In the meantime, the email account createracialjustice@gmail.com has been set up so people can offer suggestions about what the department can do to promote racial justice.

“I have to admit it has been difficult for me to find my voice, to try to get my mind around such senseless acts that have occurred,” Thurmond said. “It has been difficult for me to make sense of how a man can beg and plead for his life and still have his life snuffed out. It has been hard for me as a black man, who every day thinks about the impacts of race. I’ve struggled to know how and what to say about what has happened in the aftermath and killing of George Floyd.”

Thurmond understands adversity. He left the Bay Area at age 6 and was raised by a relative in Philadelphia after his mother died of cancer. He returned to the Bay Area in the late 1990s and worked for two decades with marginalized youth as a social worker and in nonprofit management, while moving up the political ladder from school board member to state Assemblyman.

While serving in the Assembly Thurmond taught civics and life skills and offered one-on-one counseling through a nonprofit three times a week at Camp Sweeney, Alameda County’s youth detention center.

Thurmond was elected superintendent of public instruction in 2018. Since he has been in office he has made it a priority to get more black and brown teachers into the classroom and to close the achievement gap — the disparity in academic achievement between white and Asian students and their lower-performing black and Hispanic peers.

“I believe we need more than talk and platitudes in this country,” he said. “I believe that we have to have action and that action has to be focused on dealing with race and racism and implicit bias. We have to be courageous and honest about the racism that exists in this country that could lead to such a senseless death at a time when we as a nation haven’t even healed from the deaths of Ahmaud (Arbery) and Breonna (Taylor), that we would be faced with a horrific killing of a man who begged for his life, who pleaded for his life.”

It’s time to address racism and implicit bias in education and its impact on black and brown students, Thurmond said. These students are often given an unequal and inadequate education, and are more likely to be suspended and pushed out of school and into the criminal justice system, he said.

Monday he talked about how difficult it has been for him to watch the television images of Floyd’s death and to explain it to his children.

“It has been difficult for me as a parent raising children to know what to say, how to answer their questions when they ask me ‘Dad, why did this happen?’ I know I have to confront my own vulnerability when they ask can this happen to them. That I might not be able to keep them safe. All I can do is talk to them about how they might carry themselves if ever confronted. About actions that they might take that might make a difference in their well-being.”

Thurmond said the conversation about race will begin with his staff at the California Department of Education, including discussions about the emotional trauma the killing has caused. The department will also provide more training about implicit bias, he said.