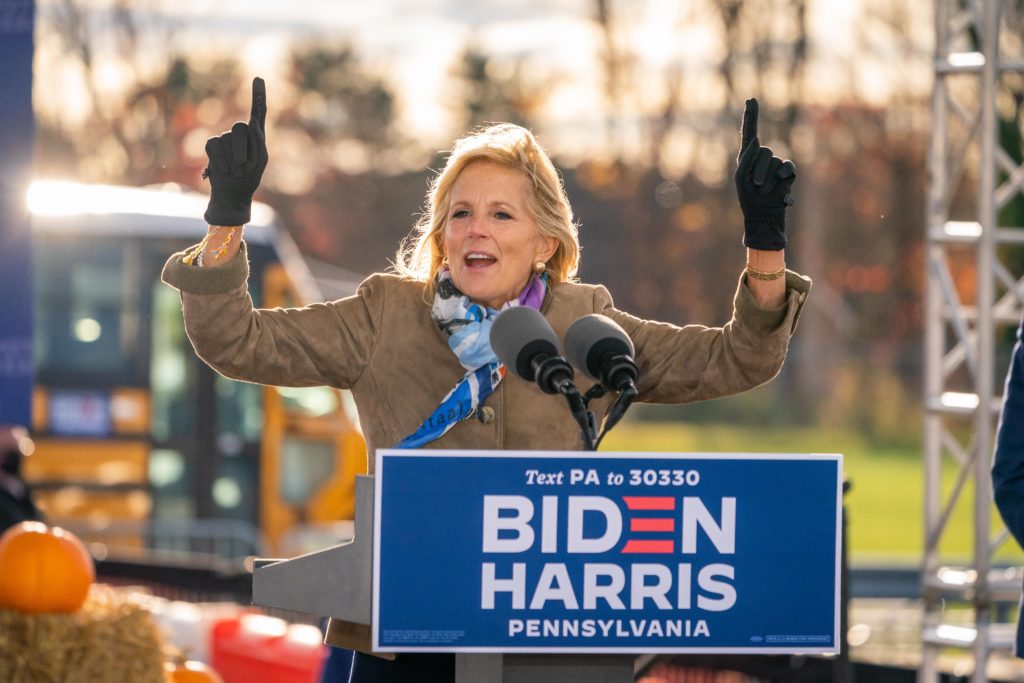 Biden will become the nation’s first First Lady to continue teaching outside of White House. 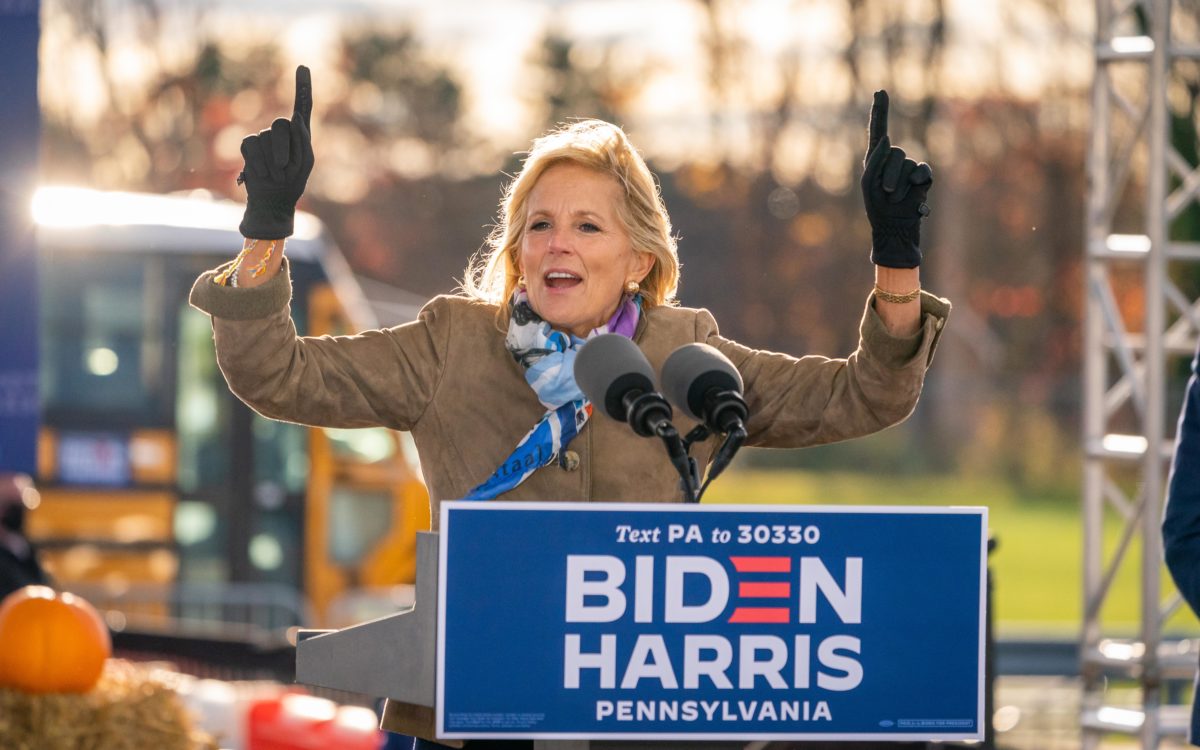 For the first time in American history, the nation’s First Lady will hold a job outside the White House, and that job will involve teaching.

Jill Biden will continue teaching English at Northern Virginia Community College, where even as Second Lady, she has advocated for students and education after high school.

“For American educators, it is a great day for y’all,” President-elect Joe Biden said during his victory speech Saturday. “You’re going to have one of your own in the White House. And Jill is going to make a great First Lady.”

The decision to continue teaching is historic. Biden, who has four degrees, including a doctorate in educational leadership from the University of Delaware, would be the first First Lady in more than 230 years to maintain a paying job outside the White House.

And her position as a community college professor brings greater attention and perhaps advocacy to the sector.

Amy Leonard, an English professor at De Anza College, said Biden’s words about Jill Biden being an advocate for teachers was exciting.

“Community colleges don’t get the love they deserve from the higher ups,” she said. But most importantly, Jill Biden can advocate for career and technical education, or CTE, programs from the White House.

In her own words, Jill Biden speaks proudly about being a teacher.  “If we get to the White House, I’m going to continue to teach,” she told CBS News last August. “It’s important and I want people to value teachers and know their contributions and lift up the profession.”

Biden knows that community colleges offer short-term certificate and credential programs and CTE classes that appeal to students because they prepare them for specific skills needed for 21st century careers, Leonard said.

There’s no doubt that Jill Biden will bring a teacher’s voice to the White House.  “I teach a lot of immigrants and refugees,” she told CBS News in August. “I love their stories. I love who they are as people and I love the fact that I can help them on their path to success.”

Chella Courington, a retired English professor at Santa Barbara City College, said Biden’s statement about having “one of their own” in the White House was an emotional moment.

“When he said that in his acceptance speech, I said, ‘Finally,’” Courington said.

“For four years, public education was obliterated. We had a Secretary of Education who knew nothing about education,” Courington said referring to Betsy DeVos. “But not only is Jill Biden active and will stay teaching at a Virginia community college, but she’s very much an advocate for public education.”

Courington, who taught English in the community colleges for 20 years before retiring last year, said Biden would provide insight on a wide range of diverse students and the issues that affect them.

“Teachers are front line workers,” she said. “They’re always there, and it’s just nice to think that finally, educators will get the kind of emphasis and voice that they so deserve.”

Although the First Lady has not yet announced her main initiative, her influence is already felt in the President-elect’s extensive Plan for Education Beyond High School, which includes investing in community colleges to strengthen the middle class. (As Second Lady, Biden’s work centered on supporting military families and American troops.)

Teaching is not what I do. It's who I am.

I'll be giving my convention speech tonight from my former classroom.

“That effort has been successful,” Oakley said. “State after state adopted the fundamental premise of what President Obama was trying to launch and the Biden administration has the opportunity to build on that.”

Oakley, who leads the nation’s largest community college system, said the three areas the Biden campaign has talked about, and he supports, would be financially supporting low-income students, forgiving $10,000 of student debt for all borrowers and valuing students in the Deferred Action for Childhood Arrivals (DACA) program.

“We should be signaling we’ll no longer be attacking students who are trying to add value to their communities,” he said.

It’s also likely that the next First Lady will expand her focus beyond community colleges.

Martha Kanter, the former U.S. undersecretary of higher education in the Obama administration and former chancellor of the Foothill-De Anza Community College District, has worked with Jill Biden both inside and outside the White House. Kanter now leads the College Promise nonprofit organization to advocate for tuition-free programs nationally.

She said the Bidens recognize that students go to school and college to be successful earners and citizens for the nation’s future. Kanter said she hopes and knows that Jill Biden will support the idea that there should be more focus on civic education and thinking critically.

From her work with Jill Biden, Kanter said she sees Jill Biden and President-Elect Biden as being sympathetic to student needs to support themselves. “And let’s not uncouple education and basic needs support,” she said. “You have to have some basic money. A roof over your head and food. Otherwise, you can’t concentrate in school.”