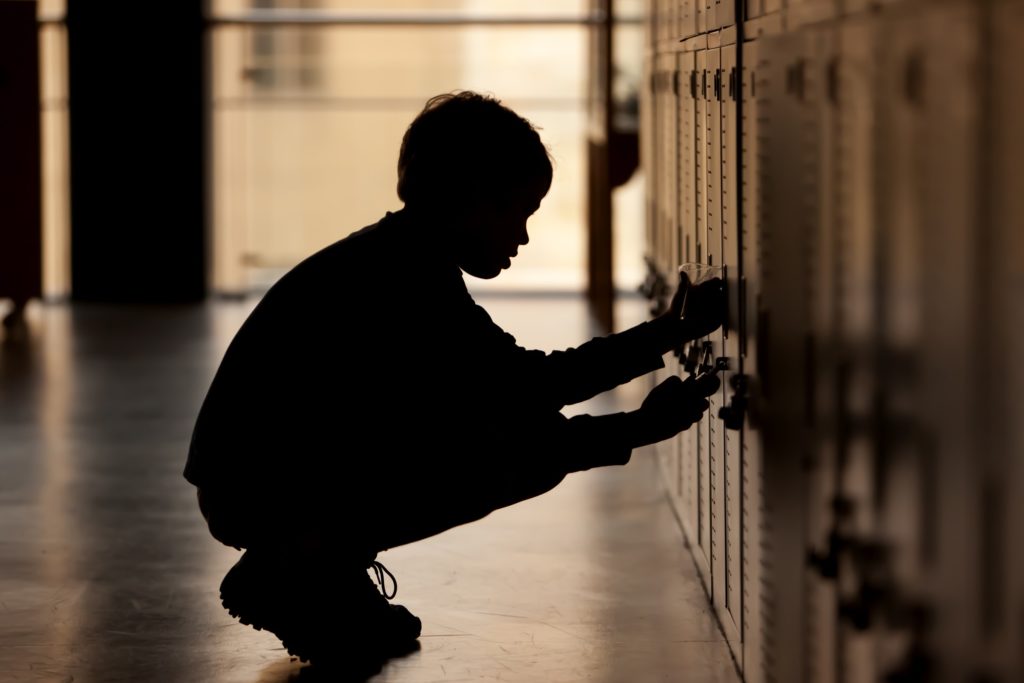 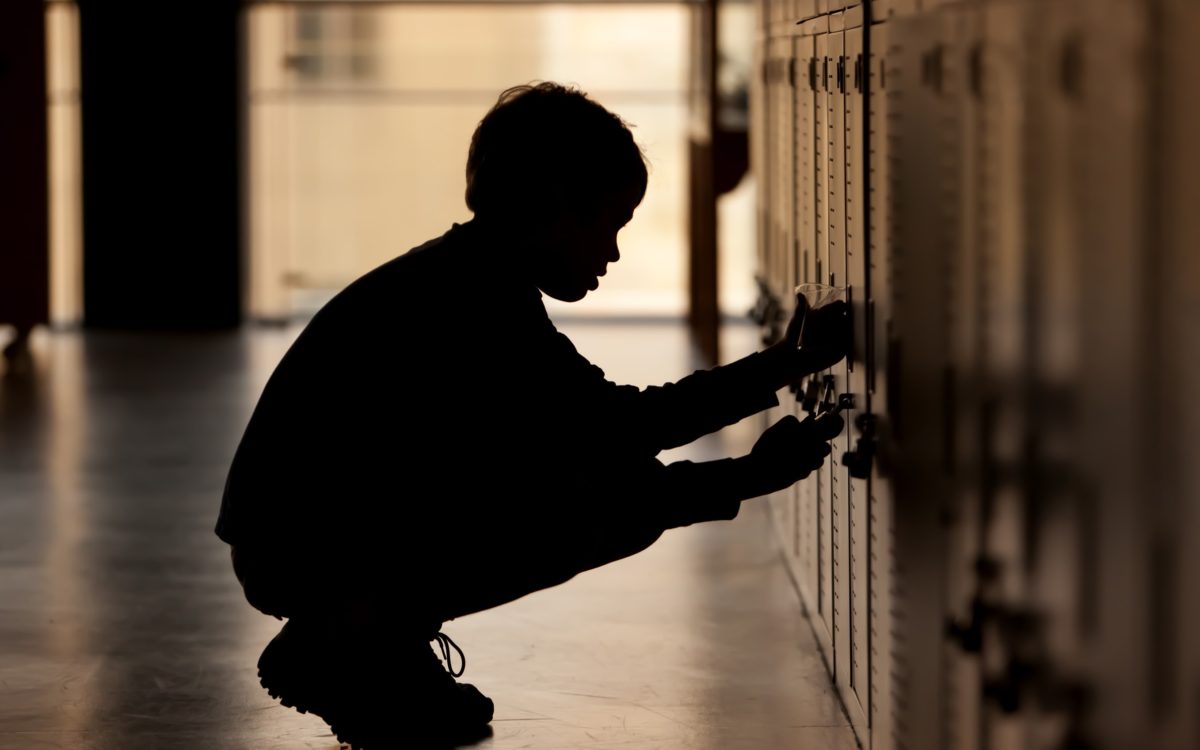 Credit: tobiaschu/iStock
Children are especially vulnerable during economic downturns and other periods of adversity.

Credit: tobiaschu/iStock
Children are especially vulnerable during economic downturns and other periods of adversity.

From April through August, reports of suspected child abuse statewide dropped 28% compared to reports during those same months in 2019, according to data from the California Department of Social Services provided to EdSource.

Teachers, along with doctors, police, social workers and other professionals who come in contact with children, are mandated by the state to report child abuse to county departments of Child Protective Services. Teachers make up the largest percentage — about 20% — of those who make reports, according to the Child Welfare League of America. Police and attorneys were the next largest group, at about 18%, followed by social workers, friends, neighbors and relatives.

But with most schools in California using distance learning, teachers are only seeing students online, where it’s much more difficult to determine if a child has been physically, emotionally or sexually abused, or is suffering from severe neglect. Children are also less likely to confide in teachers virtually, especially if the child has no privacy at home, advocates said.

Childhelp National Child Abuse Hotline: Call (800) 422-4453 to speak with a professional crisis counselor who can provide assistance in over 170 languages.

“Nobody knows for sure if there’s actually more cases of abuse happening, but we do know what teachers and other mandated reporters do not have their eyes on children the way they once did,” said Sheila Boxley, chief executive of the Child Abuse Prevention Center, a child welfare advocacy group based in Sacramento. “And we also know that stress and trauma and systemic racism — all of which are exacerbated right now — put pressure on families and can lead to abuse.”

In April through August 2020, counties in California received 121,298 calls reporting suspected child abuse, according to the California Department of Social Services. In those same months in 2019, counties received 167,740 calls. The gap was greatest in April and May, with a 43% drop from the year before. Typically, reports drop during the summer when school is not in session.

To help counties respond to an uptick in Covid-related child welfare issues, the California Department of Social Services has issued guidance for local agencies about funding, grants and other issues. It has also partnered with 211 — a helpline that refers callers to programs and benefits — to include information for families in need, such as school lunch programs and family resource centers.

In April, Gov. Gavin Newsom set aside $42 million for programs to reduce child abuse during the pandemic, including extra money for families receiving government assistance and more money for overtime for social workers. Extra money for family resources centers and helplines is also included.

In addition, the U.S. Department of Agriculture recently extended waivers for schools to offer free lunches through Dec. 31, regardless of whether a student is eligible or completes the paperwork.

Although child abuse can happen in families of all class and income levels, it’s more common in families under stress, Boxley said. Financial worries, lack of food or stable housing, racism and high rates of violence in a community are among the more common problems contributing to family stress, but social isolation — made worse by the pandemic — is also a factor, she said. Low-income families and people of color are also more likely to be exposed and become seriously ill from Covid-19, according to a recent report by the Kaiser Family Foundation.

A recent survey of school social workers found that 59% felt that the pandemic is compounding child abuse and neglect, at least to a moderate degree. Sixty-one percent said exposure to domestic violence was an issue for students since the pandemic began.

The survey, released in July, is based on interviews with 1,275 school social workers nationwide. It was conducted by researchers at UCLA, Cal State Fullerton, Loyola University Chicago and Hebrew University in Jerusalem.

Pandemic-related stress facing families — in some cases leading to child abuse and neglect — is widespread and most schools are not able to meet families’ needs, said Ron Astor, a professor in UCLA’s Graduate School of Education and Information Sciences who specializes in social welfare and who worked on the survey.

“The needs are so overwhelming, there’s no way one social worker or teacher can fix these problems. We need a national effort, like the Marshall Plan or WPA (Works Progress Administration) or what you’d see after a hurricane, to address these issues,” he said, referring to federal policies intended to pull the country out of World War II and the Great Depression.

Astor and his co-researchers suggest that schools, especially those in low-income neighborhoods, become community hubs where families can get food, health care, mental health services and job and housing resources. While some do this already, the practice should be nationwide, he said.

“It shouldn’t be a question of one principal who’s a good Samaritan,” he said. “Everyone needs to be shifting their roles right now because the pandemic isn’t going away any time soon. If we help these families, they won’t forget. They’ll remember that school can uplift you.”

Katie Albright, chief executive officer of Safe and Sound, an advocacy group in San Francisco aimed at preventing child abuse, said that community hubs like those described by Astor have been successful in San Francisco as a way to decrease stress on families during the pandemic. San Francisco’s learning hubs offer internet access and in-person help with distance learning, as well as meals and other assistance for families.

Teachers can also help prevent abuse and neglect, even when they’re not seeing their students in person, she said. They can ask what students had for breakfast, or how they slept, or try to talk to them privately if they suspect the child needs help, she said.

Typically, if a teacher or other adult suspects child abuse, they’d report it to a county Child Protective Services office, which would then investigate. If investigators find evidence that a child has been neglected or abused, a social worker would work directly with a child’s family to arrange parenting classes, support groups, regular check-in visits or other services to improve conditions in the home. Only in extreme cases — such as a parent abandoning a 5-year-old while on a days-long drug binge — are children taken from their parents or placed in foster care.

What’s indisputable, she said, is that more families are facing unemployment, housing and food insecurity and other types of adversity, and children often bear the brunt. Adults who are experiencing prolonged or extreme stress are more likely to physically lash out at those around them. Even if a child is not abused, they might witness a parent or sibling suffering from abuse.

“We’re all feeling some level of anxiety and stress right now. But some families are facing three pandemics — Covid, the economic downturn and racial injustice laid bare,” Albright said.

“Every parent wakes up in the morning wanting to do what’s best for their kids,” she said. “But sometimes the world comes crashing down.”