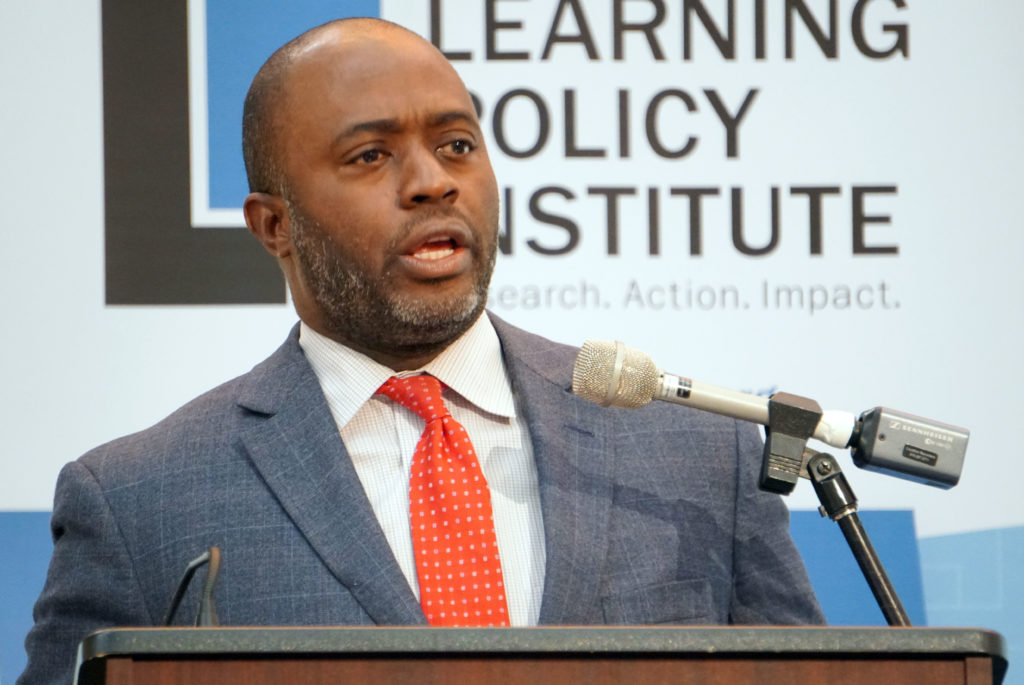 State Superintendent of Public Instruction Tony Thurmond announced an “Education to End Hate” initiative Monday that he and others presented as an alternative to President Donald Trump’s call for “patriotic education” and as an antidote to acts of hate and hate speech that have risen during his presidency.

A $1 million foundation donation kick started the effort. It will include resources and training grants for teachers to teach tolerance for differences in race and religion, virtual classroom sessions that will be broadcast next month on how to end discrimination, and a roundtable with political and social justice leaders on how to create safe learning environments. 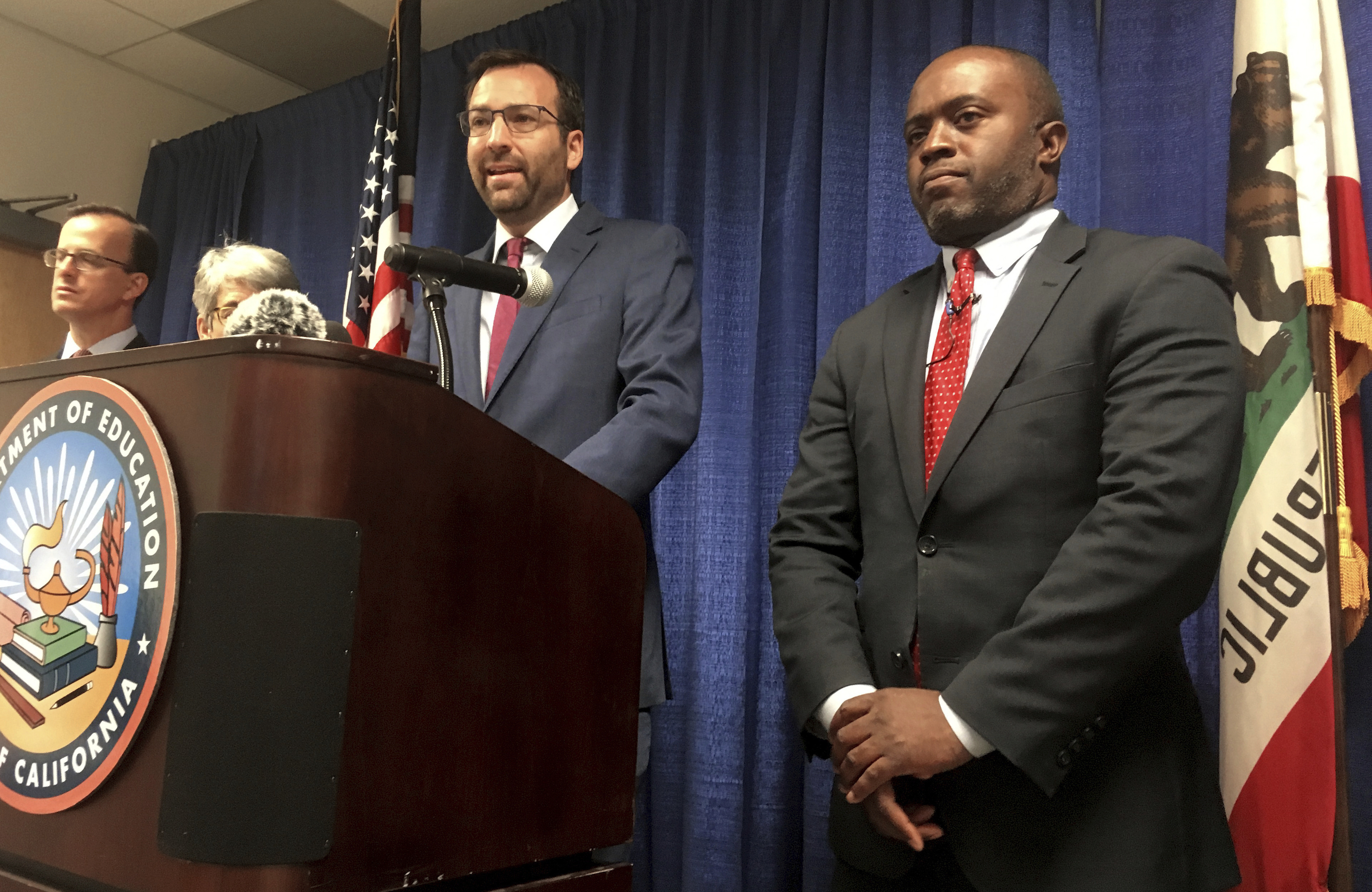 Thurmond, in a press conference, said “unspeakable acts of racism have played out on our television screens.” While the spike in incidents of anti-Semitism, Islamophobia, bullying of LGBTQ students and prejudices against Latino students since 2016 have been “heartbreaking,” he said, “in those moments I am reminded that education continues to be one of the most powerful tools in countering hate and for promoting understanding and tolerance.”

He was joined at the press conference by Rabbi Mayer May, executive director of the Simon Wiesenthal Center and Museum of Tolerance in Los Angeles, which will provide materials on confronting anti-Semitism, and Rick Zbur, executive director of Equality California, an LGBTQ and civil rights organization that will lead trainings for educators.

The S.D. Bechtel, Jr. Foundation, based in San Francisco, is underwriting the initiative. It’s been in the works since February, when Thurmond announced he supported a model curriculum on ethnic studies that would emphasize African Americans, Asian Americans, Chicanos and Latinos, and Native Americans — traditionally the focus of the course. Responding to criticism that the course would omit the experiences of Jews and other groups, Thurmond promised that the Department of Education would lead separate conversations on addressing hate and acts of violence and “how we promote the beauty of the diversity of what our students represent in this state.”

His press conference Monday, days after Trump called for a 1776 Commission “to clear away the twisted web of lies in our schools and our classrooms, and teach our children the magnificent truth about our country,” invited scathing comparisons to Trump’s proposal.

State Sen. Scott Weiner, D-San Francisco, who chairs the Legislative LGBTQ Caucus and is a member of Legislative Jewish Caucus, said Trump is “trying to indoctrinate kids that everything was great in 1776.” Trump is suggesting, he said, that “we should somehow go back in time even though we know that in 1776 black people were generally slaves, women had no legal identity beyond their husbands and being LGBTQ was a capital offense.”

Zbur said that California’s use of education as a tool to end hate, bigotry and racism stands in opposition to Trump’s and U.S. Education Secretary Betsy DeVos’ effort to implement “some sort of revisionist history propaganda program in our schools.”

In revising its History and Social Science Frameworks in 2016, California made a major shift away from seeing history mainly through the eyes of white Europeans who settled and immigrated to America. Students are taught to think critically about equality and explore the ideas of liberty and the opposition movements to create equality, as writer Carol Kocivar explains in a new article for the website Ed 100.

As for ethnic studies, an extension of the framework, Thurmond said, “When kids see people who look like them in their history books, it builds self-esteem and all benefit from learning about the accomplishments of people of color in our state.”

The federal government does not determine states’ history curriculums or fund them. But in a tweet last weekend, Trump called for defunding schools that use the 1619 Project Curriculum, a set of classroom materials developed by a Pulitzer Prize-winning New York Times project that investigates how slavery has shaped America.

Thurmond called the tweet “ridiculous, reckless and irresponsible” for suggesting that funding would be threatened for “teaching the history and the facts that racism has existed in this country.”