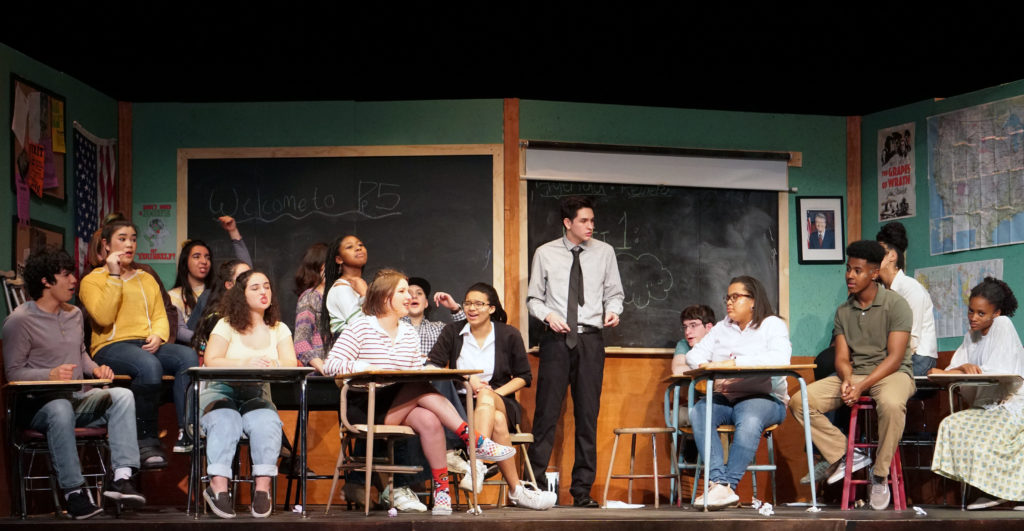 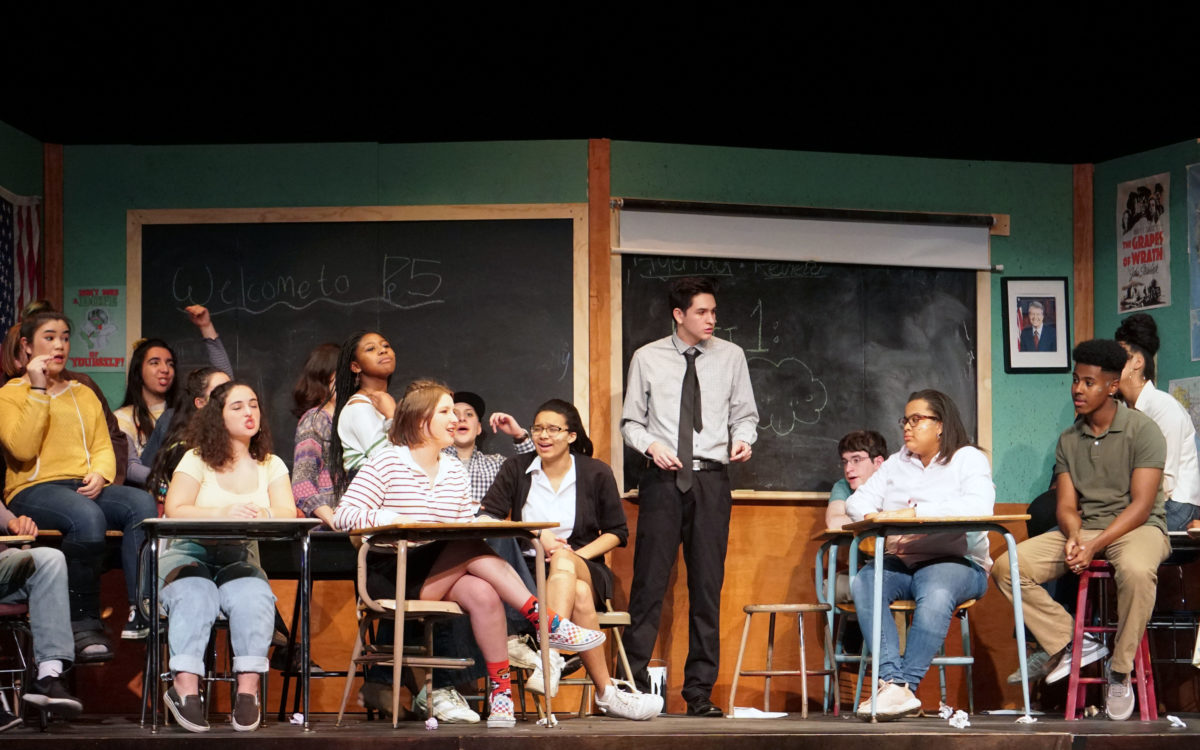 As California celebrates the life of Dr. Martin Luther King Jr. on Monday, some may not know that it was a tenacious group of Oakland high schoolers that led to his birthday becoming a state holiday.

Oakland Technical High School’s class of 1981 — dubbed “The Apollos” — took on the lofty goal their freshman year and spent their four years in high school tirelessly pressing politicians to make California one of the first states in the country to declare Dr. King’s birthday a holiday, following in the footsteps of Illinois, Connecticut and Massachusetts.

The class of 1981 named itself the “Apollos” after the NASA mission and adopted the Latin motto, “We who reach for the stars.” The students considered themselves pioneers exploring uncharted territory because they were the first to deal with a massive retrofitting of the school.

Once they set their sights on getting a new law passed to create the King holiday, the students were inspired by King’s own civil rights activism. They gathered signatures, garnered support from East Bay elected officials and convinced State Assemblymember Elihu Harris and State Senator Nicholas Petris to introduce a bill establishing the holiday. Though the number of students involved in the effort dwindled over time, a handful of students kept going, lobbying lawmakers to vote for the bill and for Governor Jerry Brown to ultimately sign it into law on Sept. 3, 1981.

The state’s first Martin Luther King Jr. Day was celebrated in 1982. In 1986, it became a national holiday.

Nearly 40 years later, 40 current Oakland Tech students honored the class of 1981 with “The Apollos” — an original play written by current students that tells the story of the school’s activist alumni. As part of the OakTech Repertory Theater advanced drama class, the actors interviewed and got to know the class of 1981 so they could play them on stage.

“One of the biggest things I learned from the Apollos’ story is that there’s no excuse to not do the things that you most wildly dream of,” senior Samuel Getachew told EdSource. He plays Leroy Bradford — one of the Apollos — and is the lead writer of the play. “…I want the students in the audience to take away the idea that there is nothing about their youth that discounts their ability to create change.”

Karen Kennedy-Freeman, 56, was one of the core student leaders of the Apollos, and is a main character in the play. She was brought to tears after watching a dress rehearsal Wednesday, honored that the Apollos’ story continues to be told.

“Many of today’s youth don’t realize it, but it was a legacy made here at Tech,” said Kennedy-Freeman. “That could be carried into the future.”

Kennedy-Freeman went on to become an Oakland Unified teacher and married fellow Apollo classmate Michael Freeman. The couple — who live in Oakland — attended Wednesday’s dress rehearsal at Oakland Tech’s auditorium, where the play was performed through Sunday.

Drama teacher Ena Dallas said Angela Wheeler — one of the Apollos — approached her with the idea for the play. When Dallas brought it to her drama class, the students jumped at the opportunity, she said.

The students, who have to audition for admission to the class, stage a play each semester, Dallas said, and the coursework revolves around the production. In addition to interviewing the Apollos and researching their story, they did stage design, acting workshops and playwriting. All of the students in the class contributed to writing the play.

The story on stage starts in the late 1970’s when the class of 1981 was struggling with a massive renovation and retrofitting of the school, and classes were being taught in portables. In one of the first scenes, government teacher Tay McArthur expresses his frustration to the principal over the classroom conditions and having to teach freshmen.

In the play, McArthur starts off the year annoyed with the class — especially with Bradford, the class clown. But, as the audience soon finds out, Bradford faces struggles of his own living in foster care.

But the students quickly become friends with McArthur — who inspires them to fight for the changes they want to see. They rally to get the principal to change their official class color from orange — which they thought was ugly — to burgundy.

Getting a win on the class color change emboldened them, giving them a reputation as “rabble rousers,” Kennedy-Freeman said

It was when McArthur taught the students how a bill becomes a law that the light bulb went off about pushing for Martin Luther King Jr. Day as a state holiday, Kennedy-Freeman said in an interview.

“Growing up, we always heard of all these holidays that were being celebrated, but they were all Caucasian,” Kennedy-Freeman said. She said they focused on King as “someone who had a historical validity, who was of color, was very inspiring, and we felt that he deserved recognition for his accomplishments.”

In the play, the students were seated in class, and after watching the classic “I’m just a bill” video from the animated Schoolhouse Rock! education series, fantasized about having a state holiday honoring an African American.

They shouted out the names of possible honorees, and banged on the desks to show their approval, making so much noise that the principal poked in his head in to see what the ruckus was all about.

A national effort to establish a holiday for Dr. King was also going on at the time, spearheaded by Michigan Democratic Congressman John Conyers, the Congressional Black Caucus and King’s widow Coretta Scott King. But their bills were shot down one-by-one until the mid 1980s — after several states established their own Martin Luther King Jr. Day.

The actor playing McArthur sported the teacher’s signature look — a white button-down shirt and tie. He spoke with authority, telling the students that they could change state law, but it would take work, and encouraged them to see it through.

“Do you want a nice show, with a lot of marching and demanding, or do you really want to make a change?” McArthur said from the stage. “Do you want to just make people think about it, or do you want it to become law?”

The students responded in agreement, picking Dr. King as their chosen honoree.

“Alright then Apollos, if this is what you want, and you truly believe you can make this happen, then we need to get to work,” McArthur said.

As their project unfolded, McArthur bonded with the students, eventually hosting a barbecue for them in the summer after graduation. McArthur, who retired in 1986, was also interviewed for the project.

As he warned, the effort did take a long time, Kennedy-Freeman told EdSource. The students started by going door-to-door on Saturday mornings to collect signatures of voters who favored establishing King’s birthday as a state holiday. As the students depict in the play, some neighbors were happy to sign the petition, but most told them to get lost or thought the attempt was cute and naïve.

Kennedy-Freeman said it was Dr. King’s tenacity that inspired them to keep going.

“We had an excellent example in Martin Luther King Jr. of someone who persevered, who continued to fight for their cause and for their beliefs despite the negativity,” Kennedy-Freeman said.

Oakland Tech has a long history of political activism. Huey Newton, co-founder of the Black Panther Party, graduated from Oakland Tech in 1959, and in the 1960s it became the first school in the nation to form a black student union. To this day, many students show up if there is a protest, action or walk-out at the school.

Eventually, the crew took their cause to Sacramento with the support of the local, state and federal teachers unions, prompting Harris and Petris to introduce Assembly Bill 312 to establish Martin Luther King Jr. Day.

Kennedy-Freeman said the core group of around five students went up to the State Capitol at least 15 times over four years to lobby lawmakers, and oversee the legislation as it went through the assembly and senate committees. McArthur drove them up in his Mercedes.

The students did run into opposition.

The students’ biggest rival was a Republican legislator from Orange County, Kennedy Freeman said. In a scene in the play, the unnamed legislator met with the students, and told them that he despised Dr. King and considered him a communist. He even passed out pamphlets denouncing Dr. King at hearings.

In a documentary about the Apollos made by Oakland Tech students in 2009, McArthur said there was another Republican legislator from Orange County who said he supported the bill, but he would only vote for it if they had 20 of the 21 votes needed to pass. If they got that far, he would cast the 21st vote.

The final vote on the bill was one of the more tense scenes in the play. Bright red and green lights lit up the stage, reflecting the votes, green, yes and red, no. The lighting showed silhouettes of the actors playing the legislators as they each stepped up on a pedestal to announce his or her vote.

Despite a flurry of red lights, the greens won the count. The next scene showed the students sitting awkwardly in the car as they headed home, stunned that they had won after all that effort.

At the end of the play, actors read quotes from Dr. King, starting with one from the well-known “I have a dream” speech. Most of the quotes, however, highlighted Dr. King’s often-overshadowed activism, including his opposition to the Vietnam War and criticism of capitalism.

Actress Sophie Hankin, a senior, said the Apollos’ message continues to hold up today, given the worldwide rise of youth activism over the past decade.

“Part of our passion in putting on this show is we hope that by making the Apollos’ story more widespread, gives other high schoolers the hope and inspiration they need to go out and make change and continue all this activism that’s been happening recently,” Hankin said.