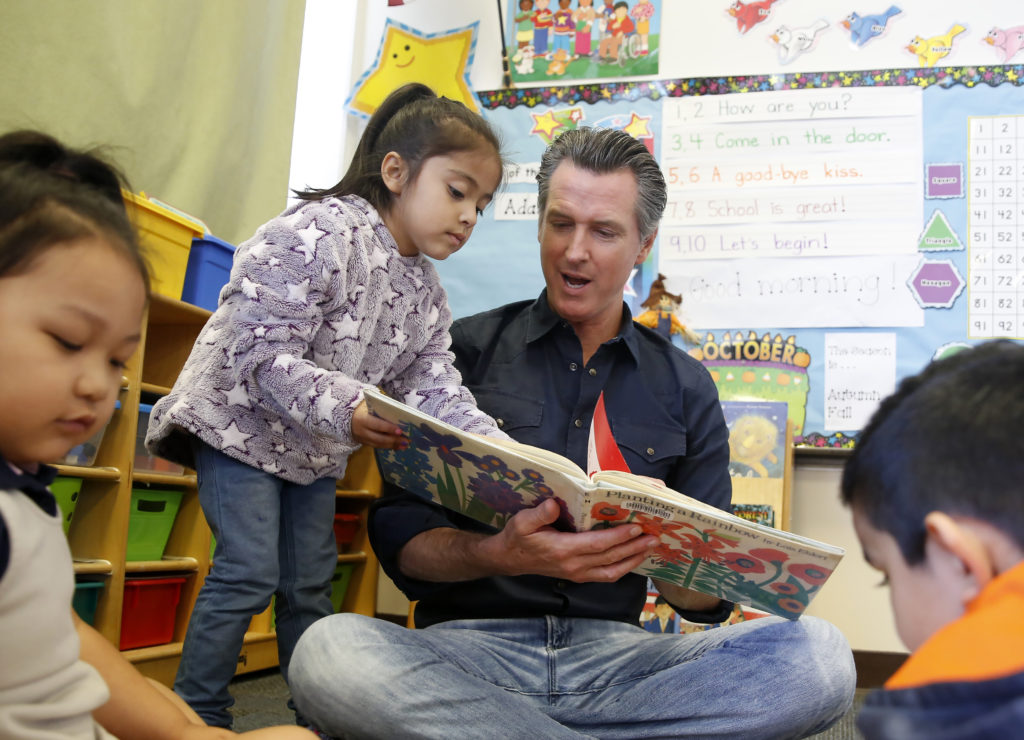 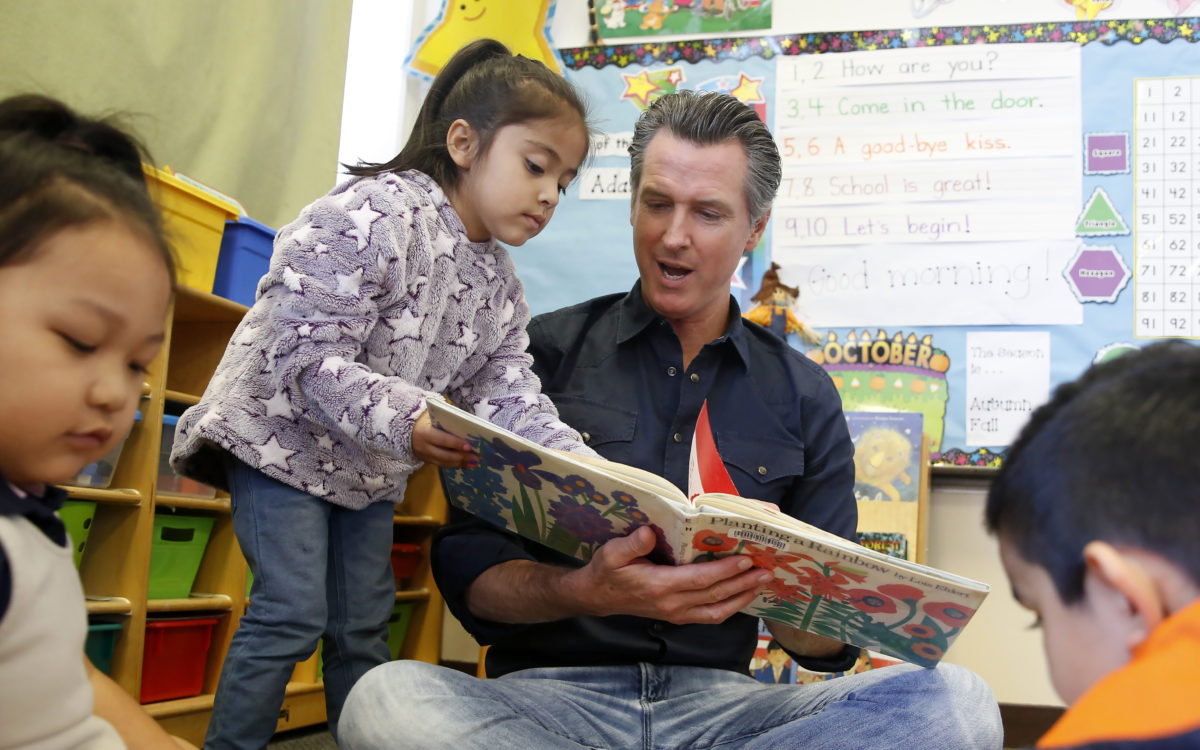 Gov. Gavin Newsom is moving forward on his promise to offer subsidized preschool to all low-income 4-year-olds and is proposing to consolidate most other subsidized child care programs in California in a new Department of Early Childhood Development.

The new department will be housed in the California Health and Human Services Agency, according to the proposed budget Newsom unveiled on Friday. Early childhood advocates said they hoped consolidating the wide array of early childhood programs would help families more easily enroll and move from one program to another, in addition to helping them get all the services they might need. Currently, there is an array of subsidized programs, some of which are run by the California Department of Education, while others are run by Health and Human Services.

“I think it definitely signals a clear indication that the governor is really focused on the whole child, and to bring together all the various ways in which the government serves families in need,” said Kim Pattillo Brownson, vice president of policy and strategy for First 5 Los Angeles, a county commission focused on children from birth to 5 years old.

The one subsidized program that Newsom proposes would stay under the California Department of Education is state-subsidized preschool for 3- and 4-year-olds.

In his new budget proposal, Newsom reiterated his commitment to expanding full-time state-subsidized preschool for all low-income 4-year-olds in his first three years in office, but cautioned that the expansion will proceed carefully.

“We don’t want to go slow here. We just want to do this right. It’s high-quality access to affordable preschool and child care. Let us not make the mistake of getting ahead of ourselves. Let’s do this right and thoughtfully,” Newsom said.

Those new slots would get the state about two-thirds of the way toward covering all 4-year-olds from families who qualify for state-subsidized preschool, according to an estimate from the Legislative Analyst’s Office last spring. Currently, families qualify if their income is 85 percent or less of the state median income — $80,623 for a family of four.

He also announced that if a school construction bond on the March ballot passes, he will propose additional funds for school districts that choose to build new preschool classrooms.

Newsom’s budget proposal would use cannabis tax revenue to fund 3,000 existing child care slots, but would add new slots for only 621 more children. Kristin Schumacher, senior policy analyst for the California Budget and Policy Center, a nonpartisan organization that analyzes how budget and tax policies affect low- and middle-income Californians, said the lack of child care slots was striking.

“Many families in California have been locked out of our state’s prosperity,” Schumacher said. “We have a responsibility to help families make ends meet. Subsidized child care is a critical part of that formula.”

Newsom also expanded on last year’s focus on trauma screenings and paid family leave. He is proposing $10 million for training early childhood educators, police, K-12 teachers and government employees on how to serve children and adults who have experienced severe trauma.

He also said he would increase access to paid family leave for employees at small businesses, offering them job protection so they can care for a newborn or a sick family member without losing their jobs. Currently, Californians who work for a business with fewer than 20 employees are not protected by state or federal law from being fired while they are on paid family leave. Last year, Newsom extended paid family leave from 6 weeks to 8 weeks and established a task force to consider how to expand it further so that all newborns have access to six months of care by a parent or close family member.

“We’ve got a work group that’s going to figure out how to finance the next iteration in stages to ultimately get to that six month goal,” he said Friday.