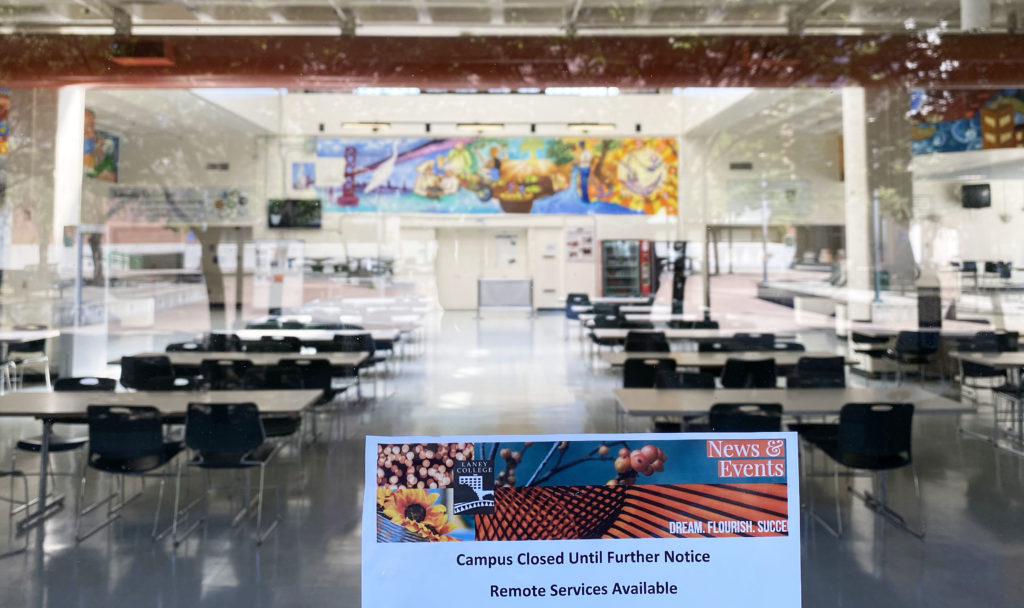 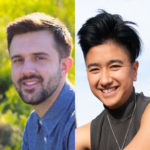 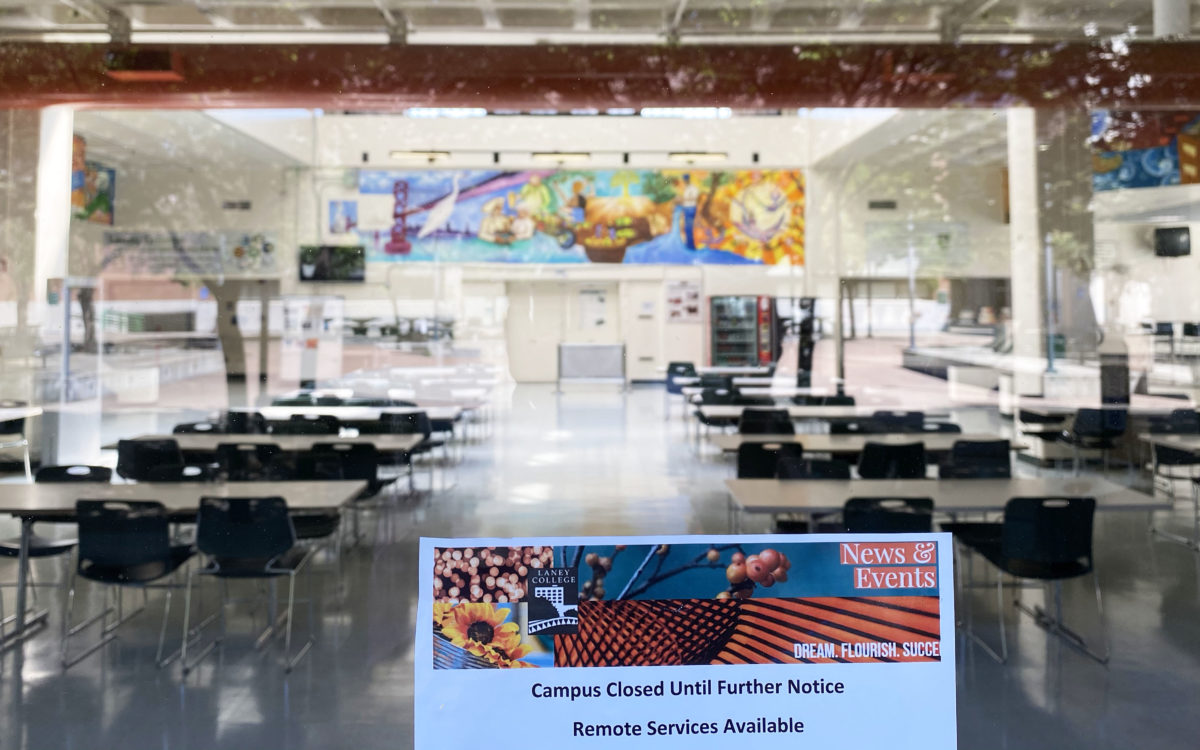 This article was originally published on The Citizen, the student newspaper of the Peralta Community College District. EdSource is republishing it to give voice to the experiences of community college students in California as they transition to distance learning, and as part of our work to support student journalists.

After a hastily rescheduled spring break and two weeks of canceled classes, the Peralta Community College District transitioned to fully-online instruction on April 6, but students’ experiences reflect a wide range of preparedness and access to resources.

Some students juggle facilitating their children’s remote education while also trying to learn themselves. Students who are still employed struggle to balance work and school, while others grapple with the financial instability of unemployment. Even students with fewer responsibilities — and with more consistent access to technology and the internet — face hardships.

Regardless of how they are managing the transition to online learning, all students face challenges and unknowns they could not have foreseen at the beginning of the semester. Here are some of their stories.

“I wasn’t ready for today.”

Ericka Jackson, 46, is attending Laney College for her fourth try at community college since the mid-90’s. This semester she’s enrolled in a theater class and a journalism class: a total of seven units. The rest of the week, she works as a care provider for the Alameda Health Services In-Home Supportive Services.

When Peralta classes resumed online on April 6, Jackson found herself struggling with Zoom. It was only her second time using the platform. Her theater instructor shared the link in their class text messaging app, but she wasn’t sure how to get it from her phone to her iPad.

“I wasn’t ready for today. I mean, I was: I’m up and dressed with my hair brushed, and some coffee,” she reflected, but she still wasn’t sure she could access the link in time for the 11 a.m. class.

She said she used to be consistently fifteen to thirty minutes late to class and sometimes struggled to find a seat in the packed auditorium. On Zoom, that won’t be a problem.

Jackson eventually managed to open the link on her iPad, the screen of which is often unresponsive to light touches, firm taps, and hard knocks alike.

“It’s not cracked or damaged or anything, it’s just, I think it needs to get serviced,” she said. She had put off going to the Apple Store until shelter-in-place suddenly made it impossible. She purchased a Bluetooth keyboard mid-semester that helped decrease usage of the screen.

When Laney College opened a Chromebook-lending program, Jackson signed up.

With the Chromebook, Jackson said it’s been easier to complete assignments, even as she struggles to navigate new technology and help her nephew handle his own online classes at the same time. She said she has no plans to drop her classes.

“Sometimes I wonder about [the transition] working, but I’m excited about it working,” she said, “so I won’t forget about how to go to school.”

“I’ve never signed up for an online class for a reason.”

Leigh Snodgrass is a returning student with hopes of transferring and earning a bachelor of science in nursing. A part-time student this spring, Leigh was taking nine units, attempting to complete two of the required nursing track classes. Prior to the Bay Area’s stay-at-home orders, Leigh had already been experiencing issues in her chemistry class.

“Not because of the material, I think I would actually really like the material — I just happen to really bristle against the teaching style of the professor,” she said.

The problems Snodgrass was experiencing worsened as her classes transitioned online.

“When I found out everything was going to be distance learning, I was kind of like, ‘that’s not what I wanted, and I’ve never signed up for an online class for a reason,’” Snodgrass said.

She said there was a lack of communication from her professor about how the class would be approaching the transition online. Even when Snodgrass emailed her professor, she said she received only an ambiguous response that lacked details about how she was expected to return as an online student.

At the beginning of the week, Snodgrass was already mulling the idea of dropping her chemistry class due to the lack of communication from her instructor. Her experience with her anatomy professor was the opposite, as she had a clear understanding of what was expected when classes resumed online.

“Our anatomy teacher has been super on top of things, and has been sending us a lot of information in the interim: of what things will look like and what the expectations are and when we will meet,” she said.

However, even anatomy had its share of disappointments since the hands-on learning aspects are no longer available without face-to-face instruction.

“With the anatomy class, I’m just kind of disappointed because we were about to get into a cadaver dissection workshop, and there were also opportunities to dissect sheep brains in class and a lot more, it’s obviously a very hands-on subject,” she explained.

She decided to stay enrolled in anatomy, but drop chemistry and retake it another semester.

“I just kind of hit that point, it wasn’t gonna happen,” she concluded.

“I don’t really feel too optimistic about the future.”

Jeremy Wong is a computer science major taking 15 units this semester, and he plans to transfer to a four-year university. His plans have not changed due to the pandemic, but his road to completing the requirements has.

“I am considering dropping some classes, specifically my CIS [Computer Information Systems] class. I love the interaction between students. It was much easier to get advice and also help, because with computer science, there’s a lot of things that could go wrong with whatever it is you’re programming,” Wong said.

Regardless of difficulty, Wong said, “I mostly am a fan of in-person classes.”

A majority of teachers share his preference, and according to a 2019 EDUCAUSE study amongst faculty, nearly 75% of faculty prefer a teaching environment that is either completely or mostly face-to-face. This is in stark contrast to 9% of faculty who reported that they prefer to teach mostly or completely online.

“I haven’t really had good study habits. The three weeks of no school, no classes. No pretty much, schedule, of like, my usual daily routine. It’s definitely compounded that issue a lot more,” he said.

Over the first week of transitioning to online learning, Wong has worried about what’s next.

“I don’t really feel too optimistic about the future, mostly in regards to returning to normal. I do want to reach that point where we don’t have to worry about the pandemic anymore. That we can go back to in-person studies, because that is definitely something that I have missed,” he said.

Like many students, he wants to know whether he needs to get used to the way things are for the rest of 2020.

“If I have to stay like this then I have to, like, start rethinking about how I study in the future, essentially.”

“I care a lot about technology, technological literacy.”

Tyler Bennett is currently waitlisted for UC Berkeley for the Fall of 2020. He is a full-time student and tutor for three classes at Berkeley City College. For him, the transition to online learning has proved to be mostly seamless.

“I can do everything online, like, I have access to the internet, and I’m very fortunate there. I care a lot about technology, technological literacy.”

“One of the biggest roles that I play, outside of just helping my instructor reinforce the material, is tech support. I help people set up Canvas on their phones, [and] access Google Drives that all the material is hosted on,” he said.

For Bennett, everything seems to point towards being ready for the transition to online learning. But current events do not come without their fair share of stresses, ones that no student has had to prepare for in any semester of community college.

“I am someone who had pneumonia in the past, and I do suffer from asthma and so, like, if I do get coronavirus I don’t think I will be able to continue to do classes,” he said.

Although Bennett may have all the necessary tools and skills to take classes online, his health vulnerabilities are a source of stress that under circumstances prior to Covid-19 were not as concerning. Due to these unexpected times certain overtures by professors are essential to ensuring as smooth a transition to online learning as possible.

Bennett said that in one class where he’s an embedded tutor, the instructor showed the type of flexibility that demonstrates compassion. In comparison, he said that in a different class, the teacher neglected to make changes to account for disruptions due to campus closures.

With students facing stressful situations that they could not have prepared for before the semester began, Bennett says he hopes faculty and administration can be flexible and work with them to adapt to these unexpected times.

“A lot of students, if they weren’t a part of student government, they wouldn’t know what’s happening.”

Spencer Staggers-Elmore knows he is better equipped for the new learning environment than the average Peralta student. As president of the Associated Students of Merritt College, he attends district meetings and joins in administrative conversations as a student leader. Staggers-Elmore is also a full-time student and tutors history and social science at the Learning Center.

Staggers-Elmore is an anthropology major and was recently accepted to the University of California, Berkeley. He will start classes in the fall.

“Teachers have been very accommodating,” he said, noting that his instructors spent time discussing student needs, gathering resources, and using guest lecturers to ease students into learning fully online. He’s taking a range of social sciences classes, including sociology, where he said the class is making connections between effects of the pandemic and course material.

Although classes are going smoothly, he said his tutoring job at the Merritt College Learning Center has been more challenging. He works nearly 20 hours a week, in addition to 12 units of classes and his leadership position as student body president. The tutors will be using newly-ubiquitous meeting platform Zoom, which Staggers-Elmore said he’s been familiar with long before the pandemic, thanks to his work in student government.

In other ways, the shelter-in-place order has made his job as student body president easier.

He used to commute to other campuses, as far as Alameda, to meet with other campus leadership, but now he doesn’t need to leave his home for those meetings. The hours of meetings can get draining, though, especially since student leaders are expected to show their faces.

“I can’t just walk away like how other people are doing their classes in Zoom.”

Staggers-Elmore said he sees a spectrum of preparedness from students in all his roles as a classmate, student leader, and tutor. He addressed the students’ need for clearer communication from the district during the March 24 Board of Trustees meeting, while also emphasizing student appreciation for the work being done to keep instruction going.

“A lot of students, if they weren’t a part of student government, they wouldn’t know what’s happening,” he said.

Kasper Dilmaghani is staff writer and copy editor and Isis Piccillo is editor-in-chief of The Citizen, the student-run publication of the Peralta Community College District. This article was originally published in The Citizen on May 7.