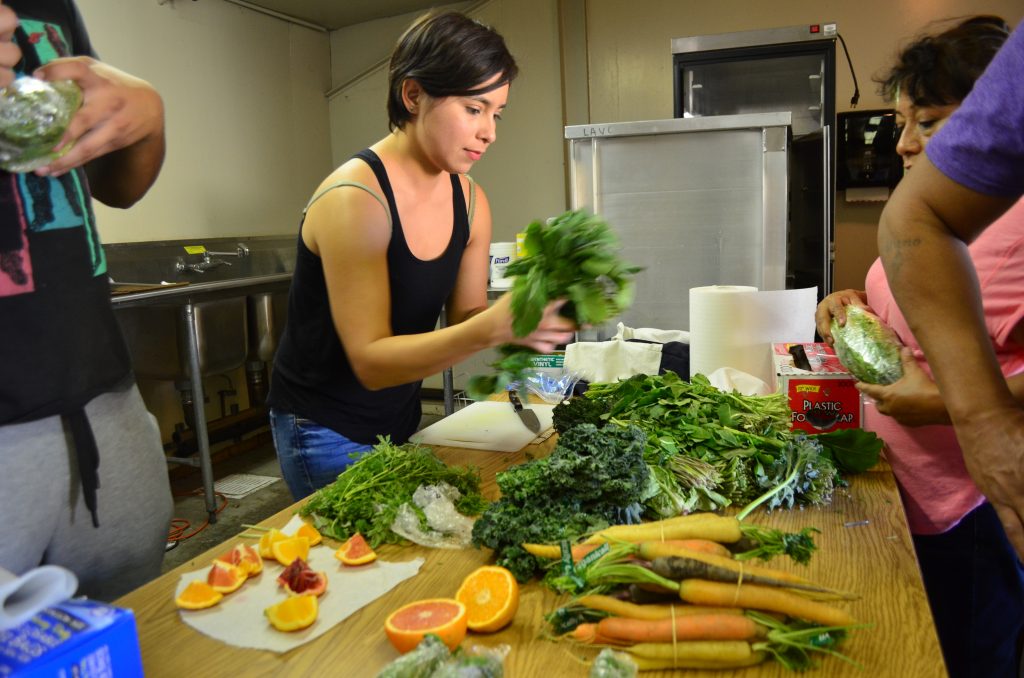 California college students say paying the total cost of college is an obstacle to graduating because of inadequate financial aid.

In a survey released Thursday, students statewide said it’s the non-tuition costs — such as those for textbooks, housing and food — that are creating the biggest roadblocks to pursuing higher education in the state’s colleges and universities.

The California Student Aid Commission released the results of the ambitious new survey of students that for the first time in more than 10 years asked students about their ability to pay for expenses beyond tuition, such as textbooks, housing and utilities, food, transportation and personal expenses.

The commission is the agency that awards Cal Grants — the state financial aid that typically covers tuition and fees but not housing, food or books. The commission uses the survey to calculate the annual Student Expense Budget, which determines student eligibility for Cal Grants and the estimated cost of attendance to the state’s colleges and universities.

Students enrolled in the community colleges, CSU and UC responded to the survey in the 2018-19 academic year. It will play a role in encouraging lawmakers to increase or alter Cal Grant awards and eligibility requirements. Students attending some private and for-profit colleges also participated.

About one-third of 15,000 students who responded to the survey said their most significant obstacle to success in college is the cost of college, while 31 percent said balancing school and work responsibilities is an obstacle. Overall, 64 percent of students said cost and school-work balance were obstacles to achieving a degree.

“This is sobering,” said Marlene Garcia, executive director of the commission. “It reinforces a lot of what we knew, but in this case, we heard directly from students that they’re struggling with college costs … and a good number of students are struggling to make ends meet.”

She said the survey points to a call for action. “We have to do a better job of covering living expenses with financial aid, because if students are not getting financial needs met through grant aid then they turn to loans and that loan debt can become a real burden for students.”

Garcia noted that the Cal Grant was established in 1955 and “the world has changed significantly since then.” Students are also different, she said. They’re less traditional and don’t fit the typical model of an 18-year-old recent high school graduate enrolling in college.

“We have a Cal Grant system that is by and large tuition and fee-centric and the area students are struggling with the most is living expenses and we don’t have the capacity to address it in any comprehensive way.”

Beyond Cal Grants, many California students also receive federal Pell Grants and institutional aid from both public and private schools.

Alex Graves, vice president for government relations for the Association of Independent California Colleges and Universities, said he was impressed with the student response rate and that private institutions will use the survey to determine their own cost of attendance.

“We think that the updated methodology in the new SEARS survey will help provide a little bit of a more detailed assessment of what student expenses are and how they are managing their finances,” he said.

Garcia said a key policy issue moving forward will be how the aid commission can help students cover more of their living expenses.

Nationally, California colleges and universities offer some of the lowest tuition in the country, said David O’Brien, director of government affairs for the commission, during a public hearing Thursday on the survey.

“Community colleges in the state of New Hampshire charge more than UC charges for tuition in California,” he said. “California is a low-tuition state, but with the high cost of living, we know other costs are what’s causing other students to struggle.”

Yet, 38 percent of students surveyed said they lack the resources to afford tuition and fees.

O’Brien said the survey revealed students’ perceptions of their expenses, as well. Despite paying less for tuition and fees they consider college unaffordable because of the impact of their other expenses that they may not perceive as traditional college costs, such as housing and transportation.

The survey found that housing insecurity was more severe in the Central Valley with 41 percent of students responding said they struggled with rent, utility costs or finding a stable place to live followed by 38 percent of students in the Sacramento region.

O’Brien said the commission’s researchers will need to further analyze what is happening regionally to students.

“One thing we suspect and can’t confirm is the availability for housing for the college-age population in Central Valley is not high,” he said.

Older students and those with dependents also responded to more significant challenges with college affordability. Students with dependents spent nearly twice as much — or $3,494 per month — as those students who don’t have children. And students over the age of 25 reported spending on average $2,691 per month on expenses — nearly $1,000 more than younger students.

“When students can’t make ends meet they are forced to make choices like working more hours and taking fewer classes, skipping textbooks and meals,” said Laura Metune, vice-chancellor of governmental relations for the community college system, in an email. “Too many drop out altogether.”

Metune said the system appreciates that the commission is looking into removing the inequities in the Cal Grant structure that currently exist for students with children, are older or racial minorities. The colleges’ Board of Governors is preparing to review a budget request to the State Legislature for the 2020-21 state budget Monday that calls for $250 million in new grant aid, $10 million in new funds to support free textbooks and $350,000 for an annual survey of community college students’ basic needs, she said.

The survey did reveal that the cost of textbooks has decreased for students over time. Students reported spending about half of the inflation-adjusted 2006-07 total on books and supplies. Garcia said much of that cost-savings is due to colleges pushing for more low-cost, free and digital textbooks in courses, but the savings haven’t been enough to offset other living expenses.

“Some of this is due to the ingenuity and creativity on the part of students and some are because of the great work our campuses are doing,” O’Brien said. “Transportation costs have also declined somewhat. We don’t have hard data as to why that is, but … we certainly do see some areas where students can realize some savings.”