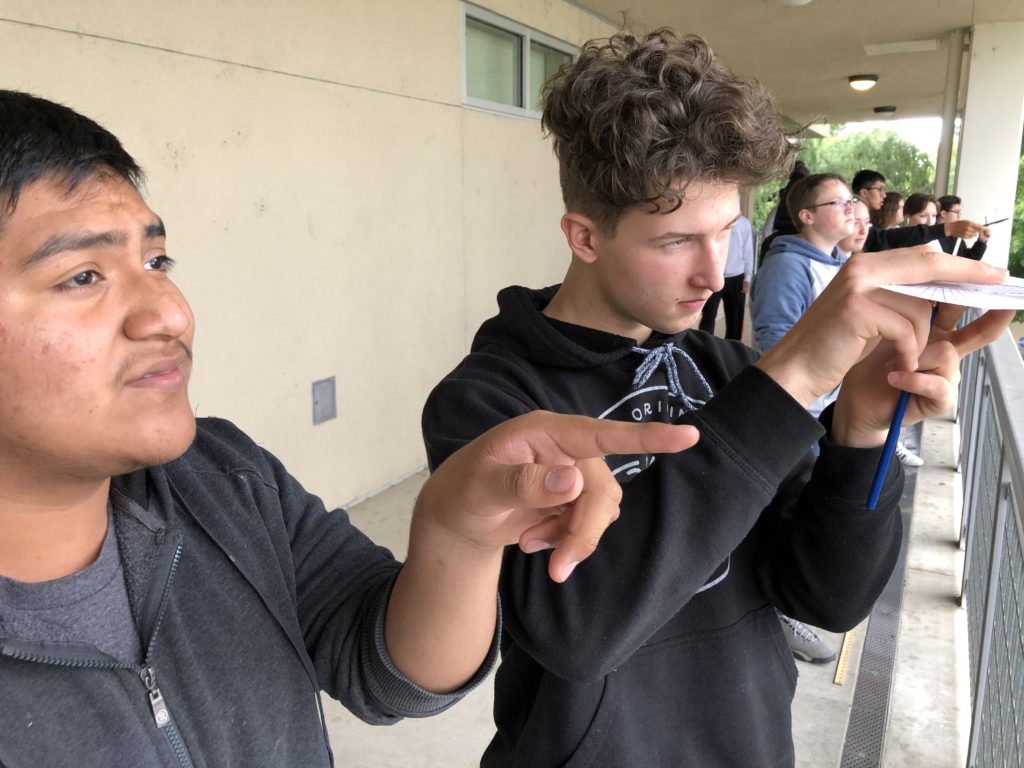 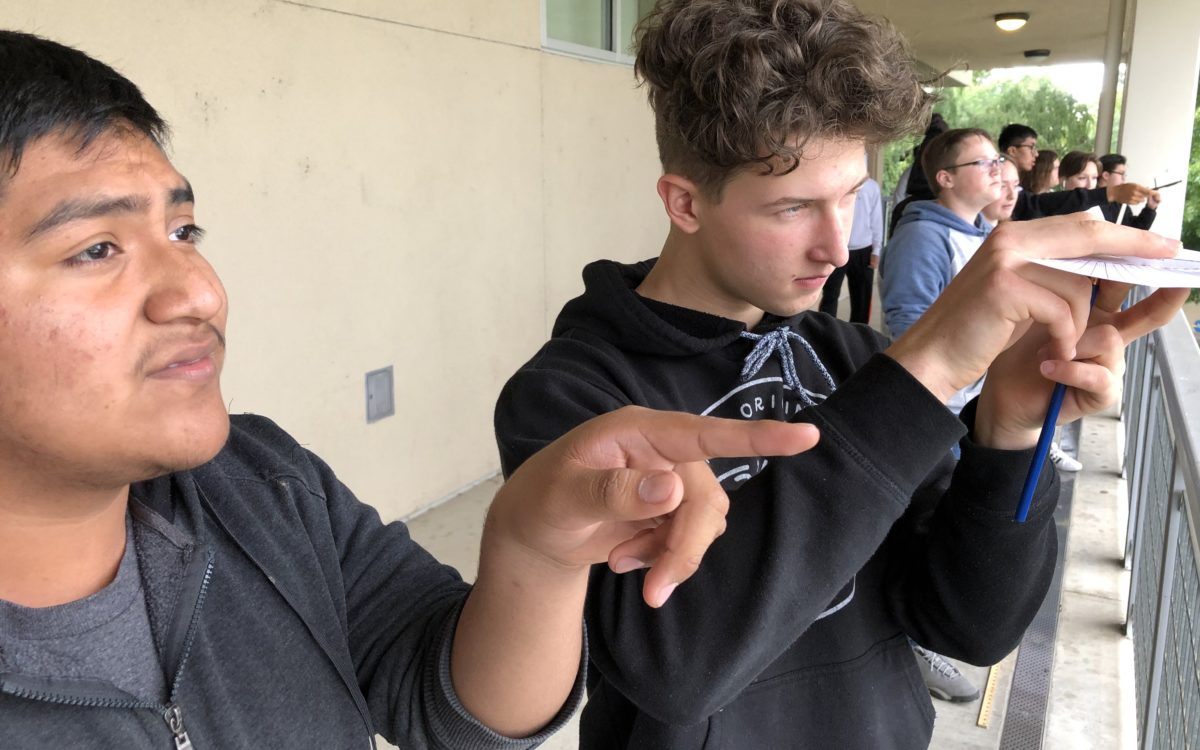 As California schools move to implement new science standards, they are under pressure to offer more physics instruction, creating a demand for teachers in a subject area where there is already a severe shortage.

The California Science Framework, adopted in 2016 by the State Board of Education to support the Next Generation Science Standards, recommends that all high school students take biology, earth/space science, chemistry and physics. Some districts are offering students four year-long courses in each of these subject areas, while others are offering three courses with earth/space science integrated into biology, physics and chemistry courses.

“State education leaders want every student to get exposure to physics to broaden their career options,” said Jill Grace, past president of the California Science Teachers Association. “In many settings, physics had traditionally been positioned as a special science course just for students that met certain math qualifications and would be science bound after college. This has resulted in a situation in our state where most people never had access to physics in high school.”

The framework is a blueprint for creating a curriculum based on the new standards. At the core of the standards is the belief that science should rely less on memorizing facts and writing essays and more on experiments and hands-on exploration.

Like the framework developed for math and English language arts to implement the Common Core Standards, school districts are not required to follow the recommendations in the science framework. But most school districts are expected to implement the recommendations because students are tested on the standards annually as part of state standardized testing.

The State Board of Education decided to recommend expanding physics instruction to broaden students’ understanding of the sciences and how things are connected, said Ilene Straus, vice president of the board. Physics is the basis for much of our technology and is used in research in both engineering and medical science, she said.

“Physics is an important subject,” she said. “It helps us to understand how the world around us works.”

Although districts have so far been allowed to decide which science credentials they will require for classes that are part of the three-course integrated option, the state requires that teachers have specific credentials for each of the standalone subjects taught in the four-course option, said Jennifer Bentley, education programs consultant at the California Department of Education.

Finding physics teachers can be particularly daunting as fewer aspiring teachers are earning a credential in physics, according to data from the California Commission on Teacher Credentialing. Between 2013-14 and 2017-2018 there was a 30.5 percent decline in the number of teacher candidates earning their physics credentials.

Folsom-Cordova Unified School District near Sacramento requires all of its physics teachers to have a physics credential, even if the class they are teaching integrates elements of earth and space science as part of the three-course option.

David Bafus was teaching earth science at Cordova High School in Rancho Cordova when he learned the state was recommending high schools change science course options. He decided the best way to protect his job was to take the test that would earn him a physics credential.

“Once the NGSS started happening I kind of saw where it was all going,” Bafus said. “I had this inkling that if we changed the title to physics they were going to require a physics credential, and I needed to go get that.”

Bafus took the test required to earn a physics credential — the California Subject Examinations for Teachers physics exam — when he first began teaching 10 years ago and failed. He took it again three years ago, when he saw the Next Generation Science Standards being implemented. He failed again.

“Then it became real,” he said. “It was OK, your science classes are gone and you have to have this or not to be able to teach the class.” He took the exam for third time last year and passed.

The test can be a significant hurdle for those trying to earn a physics credential. The pass rate for the physics test was 52 percent in 2016-17. Teachers can take the test as many times as they like, and the cumulative passage rate for teachers who took the test between 2003 and 2017 was 64 percent, according to data from the Commission on Teacher Credentialing.

Both Bafus and Mark Reuter, who also teaches physics at Cordova High School, said the new science standards don’t change physics classes much, because they have always been hands on. The big change, they say, is the new three-course structure adopted at their school. It meant that some science classes were added and others, like earth science, folded into other classes.

Reuter added his physics credential four years ago. Like Bafus he was able to add the certification without taking any additional courses. He now has multiple science certifications that allow him to teach classes in physics, chemistry and biology.

“I knew that if I had a physics credential I pretty much wouldn’t be fired and never not have a teaching job,” Reuter said in a recent interview. “They are the rarest teachers to find and the easiest to get a job. It was a simple choice.”

Last spring, Reuter was teaching his honors physics class about observational cosmology – the study of the structure, evolution and origin of the universe. He put a photo on the wall showing an image taken from the Hubble Space telescope. He asked the students to count the stars and galaxies visible in the photo, and to determine which are nearest and farthest away.

Trinity Foster, 17, is taking the class to build a foundational knowledge of physics before going to Sonoma State in the fall to major in biochemistry. She thinks the state’s plan for all students to take physics is a good one.

“I think physics would be an eye opener for students to know why the world is the way it is,” she said.

Although it’s recommended, students aren’t required to take all the science classes in the three- or four-course model if one is adopted by their school. To receive their high school diploma, the state requires students to complete a year of biology and a year of physical science, which could include physics, chemistry or earth science.

Few students are graduating from high school interested in science, creating a shortage of science majors. Long Beach State University is one of 13 CSU campuses taking part in the American Physical Society’s Physics Teacher Education Program, meant to increase the supply of physics teachers, help address the teacher shortage and increase the diversity of the physics teacher workforce.

Sixty physics majors graduated from Long Beach State this past school year, according to Galen Pickett, a physics professor at the university. Of those, 10 are expected to go on to become credentialed physics teachers, he said.

The Long Beach program is successful, in part, because professors work to ensure physics students are aware of high school teaching opportunities and that the choice is celebrated, Pickett said. That is a message physics students don’t generally hear, he said.

“If this is right for you, this is an honorable way to take physics training and put it to good use,” Pickett said. “You will be able to survive economically. It has got rewards.”

The program offers a pathway to becoming a credentialed teacher in a least one STEM discipline. At the end of six years, teachers end up with a master’s degree and National Board certification, which many regard as the “gold standard” of teacher credentials.

The shortage is a statewide problem.

“We continue to experience a teacher shortage in several critical areas, including math, science and special education,” state board member Straus said.  “As we fully implement the Next Generation Science Standards, we have a responsibility to recruit, prepare well and support those who will be engaging students in the exciting, relevant and thoughtful study of the sciences, grades K-12.”