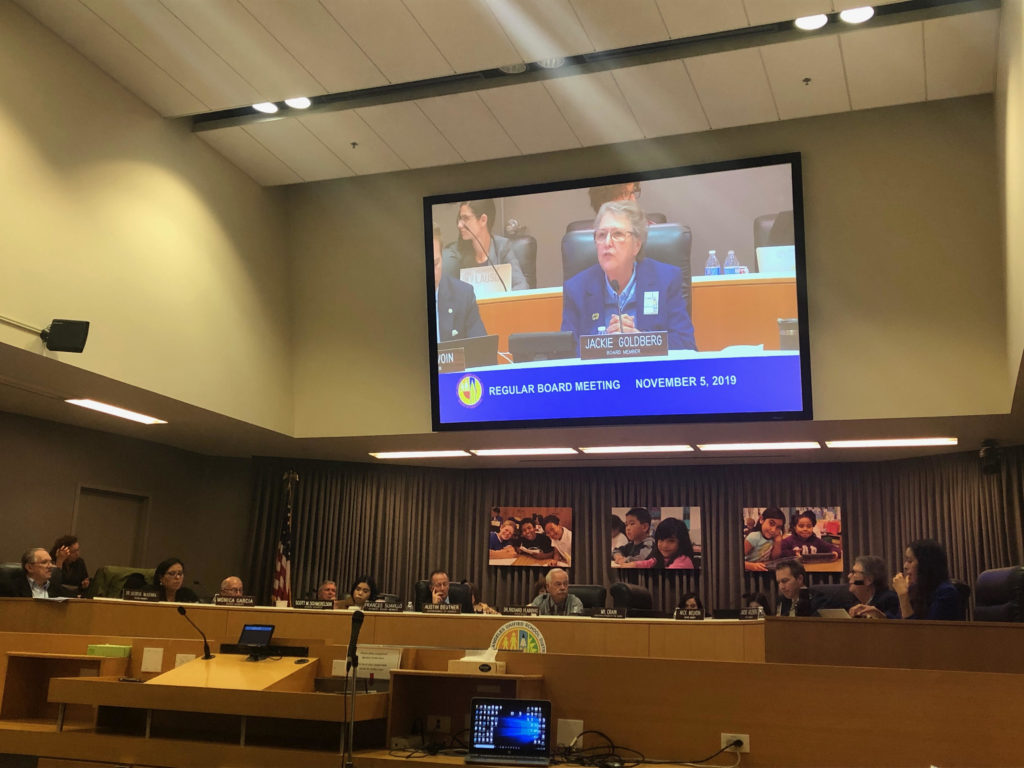 Commitment to sharing growth data was key to winning support of multiple board members. 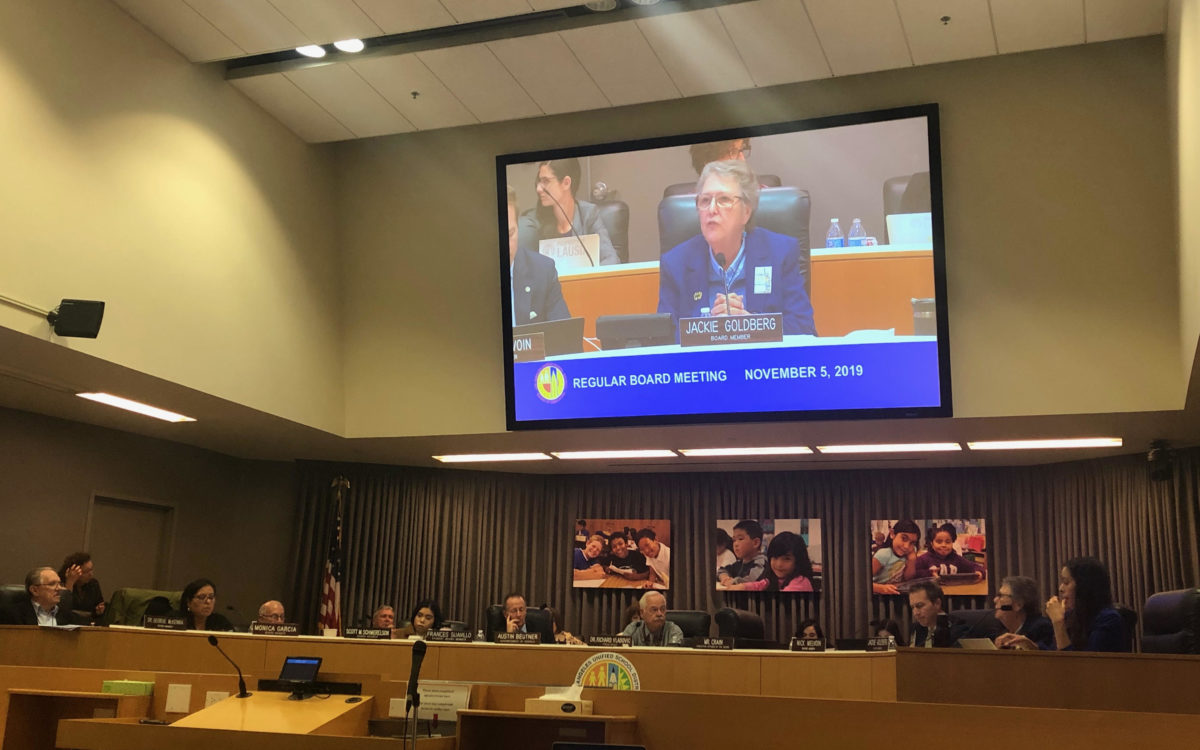 California’s largest school district decided Tuesday it will not rate its schools and instead will share data publicly that provides deeper insight into student growth.

The Los Angeles Unified board voted 6-1 to stop a proposal that would have assigned each school a single rating on a 1-to-5 scale, a tool known as the School Performance Framework.

Under board member Jackie Goldberg’s resolution, the district cannot rank its schools using numbers, stars or any other type of summative rating. But it permits the district to implement some of the School Performance Framework’s other objectives, including its goal to make student growth data available publicly.

Publishing that data would give the public access to information about Los Angeles schools not currently available through the California School Dashboard, the state’s system for measuring the performance of schools across a number of factors. The State Board of Education is considering whether to add a growth measure to the dashboard but won’t make a decision until next year at the earliest.

Goldberg said she incorporated student growth data into her resolution despite her concerns that growth is a flawed metric and her fear that the district could use the data to close district schools and reopen them as charter schools.

“I’m afraid of how some people have used [data] in other cities,” she said, referring to Atlanta and other cities where control of some district schools have been turned over to charter school operators.

Even if LA Unified hadn’t agreed to publicly share student growth data, it’s likely that the state would have eventually made the data available anyway. The State Board of Education has said it is committed to adding a growth measure to the dashboard and is scheduled to take up that issue a year from now.

Board member Nick Melvoin, who originally proposed assigning schools a summative rating, cast the only dissenting vote Tuesday. Along with board member Kelly Gonez, Melvoin authored the resolution to create the School Performance Framework, which was approved by the board in April 2018.

Student growth data provides a measure of how the same students improve from year to year. Advocates of using the data say it is a better measure of a school’s impact on student learning than proficiency rates, which measure the percentage of students who meet or exceed standards.

The commitment to publicly share student growth data was key to winning the support of board members Mónica García and Gonez, who each voted to approve Goldberg’s resolution.

In an interview with EdSource, Gonez pointed to an unidentified middle school in her district where she said that, on average, students are entering sixth grade at a first-grade level in math and a second-grade level in reading.

“Just looking at traditional measures, of course the school is going to look like it’s struggling, but that’s a measure of the inputs that a school is getting. It’s not a measurement of the impact, of how the school doing in terms of supporting students,” Gonez said. “And so I think it’s really important to look at growth. Because that’s a critical measure for us to get a sense of, what impact is the school making and are its educators making on student performance? How are they helping serve our highest needs kids and helping them close gaps?”

Goldberg’s resolution states that the district will commit to publicly sharing “important and wide-ranging types of data on its website,” including socioeconomic data, student growth data and rates of English learners reclassified as proficient in English.

But an earlier version of Goldberg’s resolution attempted to limit the district’s ability to share growth data. Instead of making growth data available publicly for all schools, she originally proposed giving schools and families access only to growth data for students’ respective schools.

Goldberg said Tuesday that she initially hesitated to support publishing districtwide growth data because she was concerned that the information would be used to shut down schools deemed to be low-performing and convert those schools into charter schools.

Goldberg also said student growth data can be a deceptive measure of a school’s performance. She used a hypothetical example of a school where a group of students are reading at the fifth percentile and then jump to the tenth percentile the next year. In that case, the school would have 100 percent growth, something Goldberg said would be misleading.

“I have no problem including growth, but it would be nice to remind people that growth is a percentage and percentages are pretty weird because people who have pretty low scores can, by just doubling their scores, show 100 percent growth,” she said.

Beutner, the superintendent, said he hopes the sharing of student growth data will allow the district to use that information as a “flashlight” to learn more about its schools.

“Our goal ought to be to provide as much information as we can to educators and families and communities that we serve,” he said.