For many, attending racially mixed schools has been a life changer 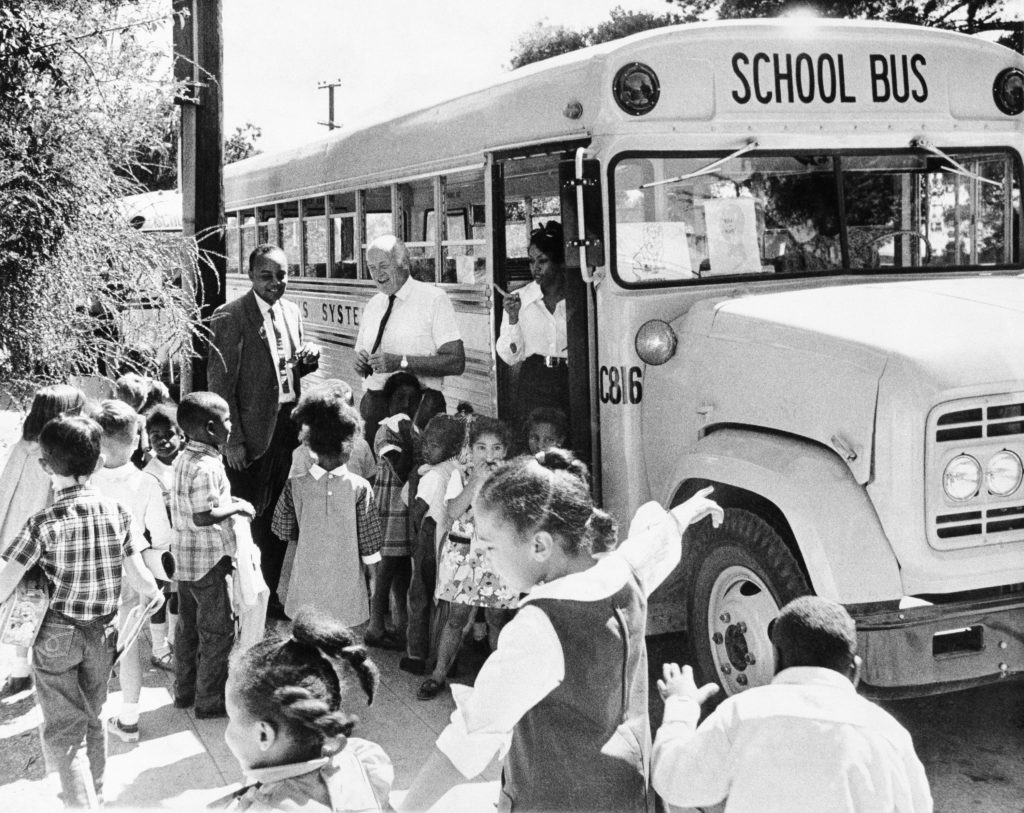 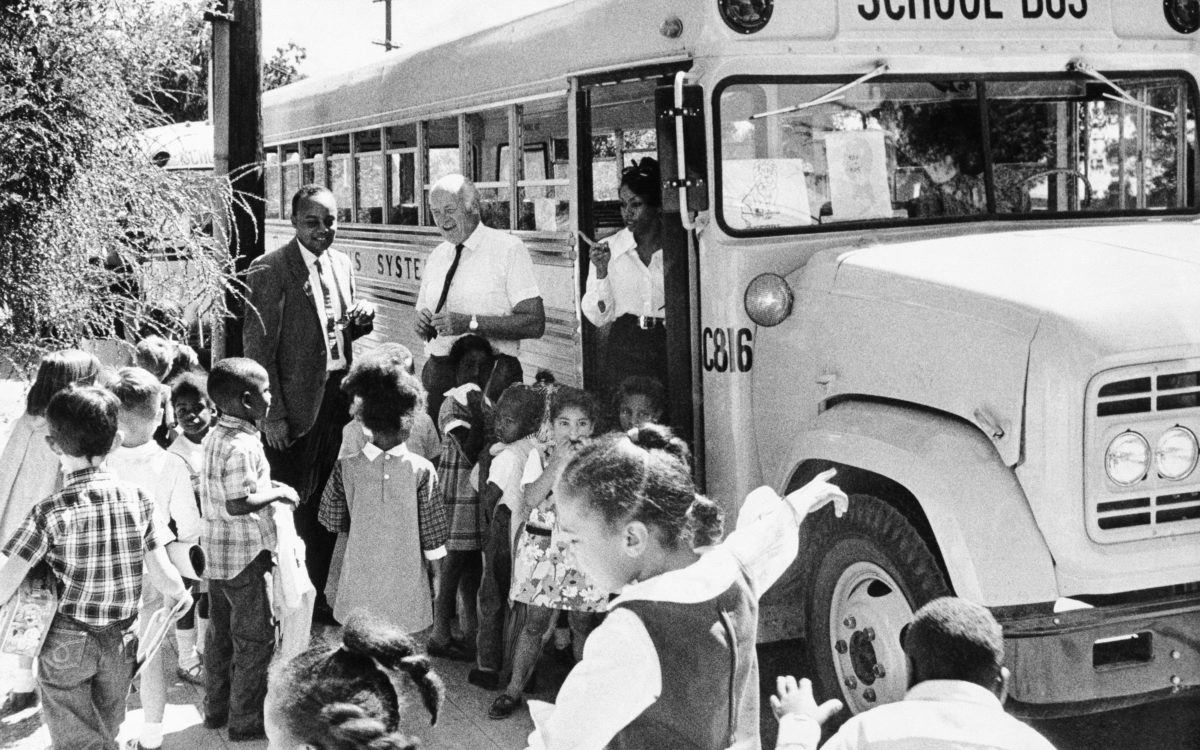 Credit: AP Photo/RWK - Copyright 2019 Associated Press
In this historical photo from the Associated Press, youngsters head for a school bus in Berkeley, California on Feb. 24, 1970, where a busing program to mix black and white youngsters had been working for 18 months with apparent decline in opposition.

Credit: AP Photo/RWK - Copyright 2019 Associated Press
In this historical photo from the Associated Press, youngsters head for a school bus in Berkeley, California on Feb. 24, 1970, where a busing program to mix black and white youngsters had been working for 18 months with apparent decline in opposition.

As everyone who wasn’t Rip-Van-Winkle-ing during last Thursday’s presidential debate knows, in 1969 California Senator Kamala Harris was part of the second class to be bused across Berkeley in order to attend an integrated school. The senator deployed this bit of autobiography in a well-choreographed takedown of Joe Biden, who stumbled in attempting to explain his opposition, at that time, to what opponents decried as “forced busing.”

Biden’s inept response — that he had been opposed to mandatory busing ordered by the federal government, not voluntary plans like Berkeley’s — drew a civics-lesson response from Harris about the meaning of the Fourteenth Amendment, and the former vice president has been on the defensive ever since.

Scoring points against your opponent, as Harris did, is the essence of politics. But what went undiscussed during the debate is the power of desegregation to change the arc of children’s lives. Kamala Harris benefited from the fact that, as one of her classmates told a New York Times reporter, her new classroom was a veritable United Nations. “Busing gave us opportunities to leave our neighborhood and see affluence.” It was, the classmate added, a life-altering experience.

Berkeley Unified continues to bus elementary and middle school students in order to maintain a semblance of racial balance in its schools. But the school district is the decided exception — nationwide, desegregation has been almost entirely consigned to the junkyard of history. Decades later, with the advent of new research methods, we have learned that abandoning integration was a monumental mistake.

To its advocates, desegregation was a moral imperative, a way to secure racial justice in the schools and a pathway out of poverty for African-American youngsters. In his new book, Children of the Dream, Berkeley public policy professor Rucker Johnson draws on a massive data set to show that black children who attended integrated schools — with better teachers and smaller classes — fared better than youngsters just like them who missed out on this opportunity. They were significantly more likely to graduate from high school and college, to earn more, to stay out of prison and to stay healthy. What’s more, these life-changing effects proved to be intergenerational — their children are also better off.

The fact that Kamala Harris went to integrated schools does not begin to explain her achievements, of course, for life is rarely so simple. What’s more, integration is only part of the bigger policy picture: As Johnson demonstrates, well-funded schools and quality early education are also essential.

Still, for hundreds of thousands of black children, the opportunity during the 1970s and 1980s to attend racially mixed schools was a life-changer. We’re paying the price for having jettisoned that policy.

David Kirp is professor of public policy at the University of California at Berkeley and the author of The College Dropout Scandal, which will be published next month.