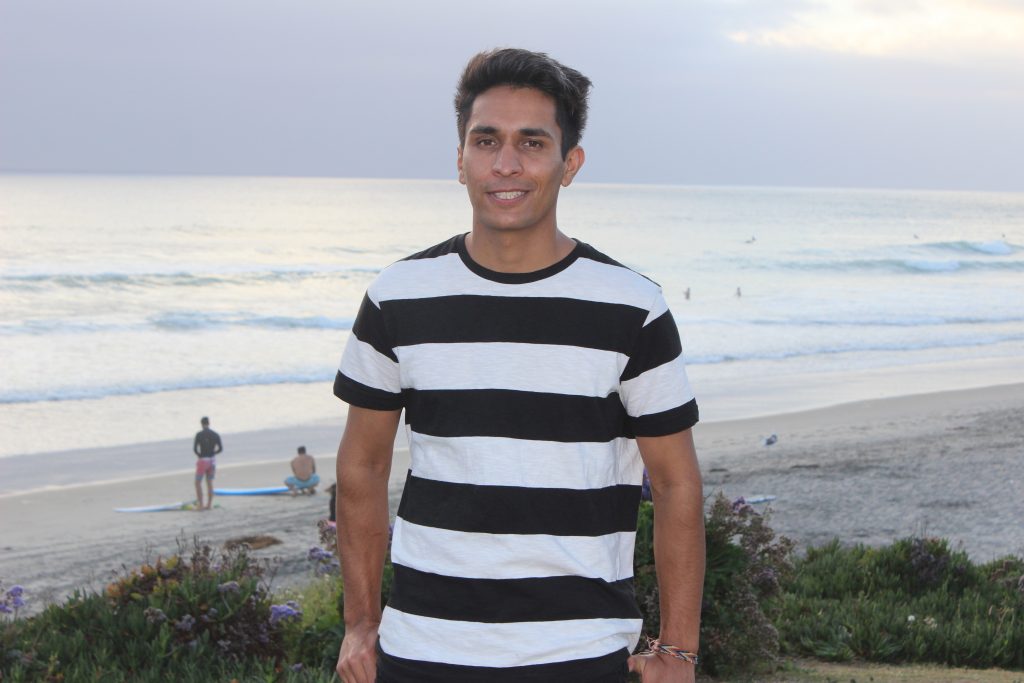 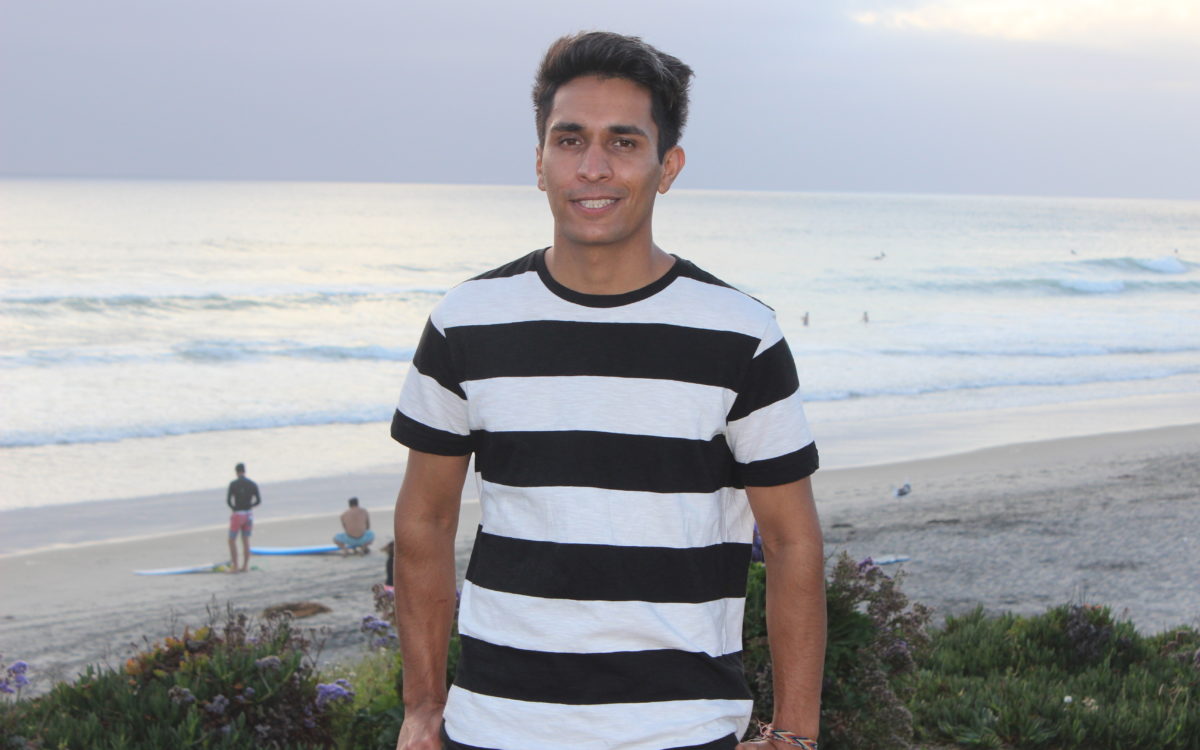 In an effort to get students to earn degrees in two or four years, California will give up to $4,000 in grants to community college students who take a full 15-hour course load starting this fall.

Rewarding community college students with extra money for going full-time is another way the state is seeking to increase the number of students who complete college in four years. Students who take a full course load of 15 units a semester are on track to finish their associate degree or transfer within two years to earn a bachelor’s degree. But most community college students are enrolled part-time: Just 21 percent took between 12 and 14 units last fall; only 8 percent enrolled in 15 or more credits.

Because many community college students juggle course work with jobs, backers of the grants see it as a way of getting students to work less and concentrate on their studies.

The grant, under the newly named Community Colleges Student Success Completion Grant, is an expansion of two previous programs that gave students up to $2,500.

But like those programs, the money is available only to students who receive the state’s chief financial aid tool, the Cal Grant. Just how many students would benefit from the new completion grant is unclear, but only about 5 percent of the state’s 2.1 million community college students receive the Cal Grant despite hundreds of thousands who are eligible. While high school graduates can qualify for a Cal Grant if they go directly to college, others who delay college must apply for competitive grants.

Ahmad Milad, 22, is a computer science student at San Diego Miramar College who’s been taking 15 units a term while working around 20 hours a week. He plans to take a similar load in the fall. This year he received $2,500 in completion grants from the state on top of other financial aid. He’s hopeful he’ll get the new $4,000 completion grant this fall.

“Studying is more important than money,” Milad said. Managing four classes and work, “it’s very hard for me to do that.” So financial aid “is what I use to live on.”

There is evidence that grants encouraging students to attend full-time lead to better outcomes.

Among students who took 12 course units, those who received the grant were more likely to earn degrees, certificates and transfer to four-year schools, according to community college data from 2015-16.

It’s not just California’s community colleges pushing more students to attend full-time. The nation’s largest four-year university system, the California State University, is in the midst of a campaign encouraging students to enroll in 15 units a semester as part of its ambitious goal to have 40 percent of students graduate in four years by 2025.

The recently passed state budget gives the California State University $75 million in new money to continue working on getting more students to graduate in four years. So far, CSU has seen the proportion of students graduating in four years increase from 19 percent to 23 percent between 2015 and 2017.

CSU Sacramento takes it one step further: Its students can receive grants of up to $1,000 to attend classes in the summer to stay on track to finish in four years under its “through in two” program for transfer students and “finish in four” for incoming freshmen.

Elsewhere in the country, several states have kickstarted their own efforts encouraging students to take 15 units a semester so that they graduate in four years. Sometimes money is on the line. Indiana students seeking state financial aid have to take at least 30 units a year to receive the maximum amount.

To fund the increase in state support so that more California community college students shift from a part-time to a full-time schedule, the new state budget adds $41 million to the roughly $90 million the state spent on last year’s programs.

*The amount each student gets also depends on how much they need for financial aid, so some students may not get the full amount.

“Committed students will do 15 units instead of 12 … especially if there’s money attached to it,” said Bryant Woodert, a 50-year-old student at Los Angeles City College. He’s a music student who received $1,000 under the older full-time grant program for students taking at least 12 units a term.

It is unclear whether the extra grant money will have an impact. According to roughly a dozen current and former community college students EdSource interviewed for this story, not one was motivated by the older completion grants to take at least 12 units a term. The students either had no idea they were recipients of the grants or learned about the money only after it was deposited into their accounts.

“They don’t tell us anything. I was wondering, ‘Where did this money come from?’ I never asked for it, I never knew I was going to get it,” said Breonna Johnson, a 20-year-old nursing student at Los Angeles Trade-Technical College who got $1,000 in April for taking 12 units a term.

A spokeswoman for the California Community Colleges said the system sent brochures to campuses and posted information online highlighting the previous versions of the full-time grants. The system will do the same for the new grant as part of an annual $3 million media campaign and reach out to high schools.

“We have those challenges in a lot of areas of government where we have programs and we need to do better to communicate with the population we’re trying to serve,” said Assemblyman Kevin McCarty, D-Sacramento, who chairs the Budget subcommittee on education.

He’s the author of a bill making its way through the Legislature that would notify students who receive state financial aid that taking fewer than 15 units a term puts them off track to finish a bachelor’s in four years. The idea is to have the alert pop up when students are registering for classes, plus other notifications.

“That’s something that I certainly think we should consider with the community college success grant as well,” he said.

Like other students, Johnson did find the money helpful. The surprise infusion of cash allowed her to reduce her work hours at a food court in Downtown Los Angeles, which proved especially timely because two of Johnson’s classes — chemistry and communications — were especially challenging.

“I didn’t have to work as much. So I could study or go to the library — spend those extra days I’d be at work, I can put them more toward my classwork, which really did help because I finished off this semester with four classes — I had 3 A’s and one B,” she said.

Taylor Kim, who just finished an associate degree in fashion merchandise at Trade Tech, doesn’t think she would have managed 12 units a term without the older grant.

“I think it would have been tough without the extra money,” Kim said, who now has an internship at the social media company Snap Inc. “I think I would have felt a little bit more hesitant without it, for sure.”

Other students said they needed to work all year and were unsure that the new grant would make a difference. “It’s only two semesters a year that you get that help.” And grants “don’t pay you every week like I get paid at work,” said Elizabeth Naranjo, 23, a student attending several L.A. community colleges who works more than 30 hours a week as a marketing director and picks up cosmetics gigs on weekends.

And while money helps, other programs that target academic preparation are also valuable to keeping students academically on track. Milad, the San Diego student, credits the Extended Opportunity Programs and Services for helping him through mentoring and guidance on which courses to take. Beyond that, he thinks more students could take 15 units a term if they’re motivated. “Extra money is good, but it really depends on the student, if they have the desire” to go full-time, he said.