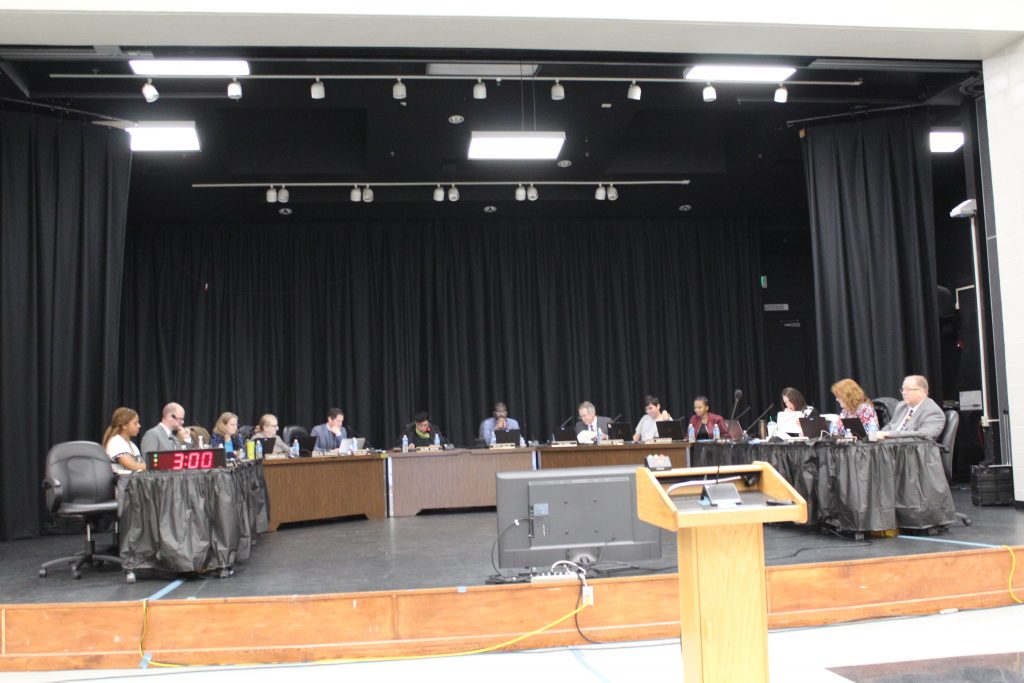 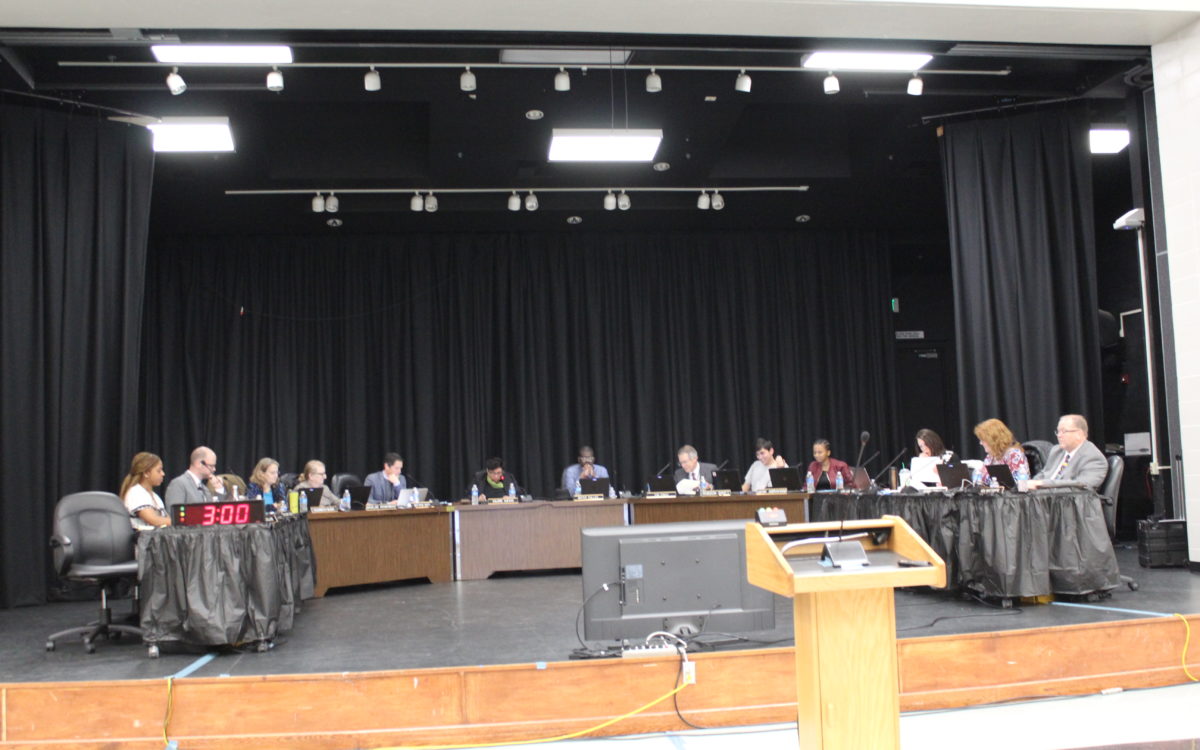 In response to a legal challenge charging that its at-large trustee elections are “racially polarized,” the West Contra Costa school board says it wants to let voters decide whether to change from at-large elections to those in which school board members represent specific districts.

A lawsuit filed March 21 by Walnut Creek attorney Scott Rafferty on behalf of two West Contra Costa Unified residents and a group called the “Bay Area Voting Rights Initiative” accuses the district of violating the California Voting Rights Act of 2001, in which plaintiffs say at-large elections give unfair advantages to white candidates in more affluent areas of the district of more than 100,000 voters in Richmond and surrounding cities.

But in a twist not seen in most other jurisdictions throughout the state that have decided to move to elections based on geographic areas within their districts, the board decided last week to put the issue before voters in November instead of seeking a waiver from the State Board of Education that would allow West Contra Costa to switch to board member area elections this fall without putting the matter on a ballot.

The board intends to hold public hearings to decide on a voter district map, which must be approved by the County Board of Education before it can be presented to voters — most likely in November. According to this timeline, the November school board election would remain at-large and the district would not hold elections by board member areas until 2020, if voters approve.

According to the information provided to the board, the current system of at-large elections calls for board members to be elected by all voters within the school district. By changing to a so-called “trustee-area election” or a “district-based election,” each board member must reside within the designated trustee area boundary and is elected only by the voters of that area.

“This is a really complicated matter,” said Trustee Madeline Kronenberg, who is one of three white members of the five- member board living in El Cerrito, which includes only 10 percent of the district’s population, according to the lawsuit. “It’s a fair thing to look at and I think the fairest thing is to let our voters vote on it.”

“Minority vote dilution has allowed white voters and the area in which they are concentrated to dominate the board,” the lawsuit claims, adding that 35 percent of the district’s population of more than 263,800 people are Latino, 20 percent are Asian and 16 percent are African-American.

Rafferty’s initial letter to the district said most jurisdictions in California the size of West Contra Costa do not conduct at-large elections.

“Except for Irvine, no city with a larger population elects its council at large,” he wrote. “Of the 29 school districts in California that are larger than WCCUSD, all but nine elect trustees by district. (Three of the exceptions are in Contra Costa County and two others — San Francisco Unified and Fremont Unified — are in the Bay Area.)”

Statewide, at least 125 smaller school boards have changed the way school board members are elected to represent small voting districts within the larger district as opposed to being at-large seats, the letter said. The change was a response to lawsuits or to orders from their county boards of education.

The district’s attorney, Harold Freiman of the Lozano Smith firm, warned that if voters reject electing board members who represent smaller areas of the district, a court could overturn their decision, saying the vote further confirms that majority white voters don’t want to give minority Latino and black voters — who are concentrated in Richmond, San Pablo and other areas of the district — a chance to elect someone who represents them. That is what happened when voters in the city of Highland, near San Bernardino, voted against creating smaller voting districts within the city, he said.

“If you go to the election and the electorate approves, that’s a fine and good thing,” he told the board. “But if it votes it down, there may be ensuing litigation that the vote is evidence of racially polarized voting.”

Driving this point home, board President Valerie Cuevas, a Richmond resident who is the first Latina president in the district’s history, spoke passionately about past statewide elections on Propositions 8 and 187, in which the majority voted to deny gays the right to marry and to deny undocumented immigrants the right to attend public schools. The courts eventually overturned voters’ decisions.

“It went to the voters,” Cuevas said, “but that vote infringed on the right of minorities.”

Trustee Mister Phillips, who is a black Richmond resident, said West Contra Costa voters are more liberal and won’t necessarily vote like those statewide. Cuevas agreed with this, but said she still believes there is racially polarized voting in the district. She and Trustee Tom Panas, who is a white El Cerrito resident, voted to seek the state waiver to bypass sending the issue to voters, but were overruled by the board majority who voted down the waiver, 3-2.

Because the board took more than 45 days to act after it received the initial letter challenging its election procedures, Rafferty filed the lawsuit against West Contra Costa Unified in Contra Costa Superior Court on March 21 — the same day the board met. One of the district residents he represents is Latino and one is black.

“By electing its trustees at-large, WCCUSD dilutes the votes of Latino and African-American citizens and neighborhoods, depriving them of influence in the outcome of board elections that equals the influence of other citizens and neighborhoods,” alleges the lawsuit. “At-large voting also impairs the ability of Latinos as a class (or in coalition with black voters), to elect candidates of their choice. Large geographic areas with minority communities are chronically underrepresented.”

The lawsuit also suggests that the five-member board be expanded to seven members to allow for a greater variety of geographic representation. It asks the court to declare that the district’s current election system violates state or federal law and to order the district to seek a state waiver instead of asking voters to decide.

In addition, the suit asks the court to require West Contra Costa to submit a map of the district divided into trustee areas to the county registrar of voters by July 3 so the new election process could be implemented for the November election, when three trustee terms end. If those seats end up being voted on in an at-large election, the lawsuit asks the court to prohibit those election results from being certified. Instead, the plaintiffs want the court to mandate that the president of the County Board of Education sit on the district board to help the remaining two board members appoint provisional board members to two-year terms to the three vacant at-large seats or call for a special election using smaller by-trustee voting areas. According to this scenario, all subsequent elections in 2020 and beyond would elect board members who represent specific areas of the district.

District spokesman Marcus Walton said Tuesday that the district will move forward with public hearings to decide on a voter district map.

“We look forward to working with members of our community to draw maps that are representative of the voters and residents in West Contra Costa County,” he said.

Rafferty is asking the court to award attorney’s fees, expert witness fees, other litigation expenses, “prejudgment interest” and “further relief as the court may deem proper.”