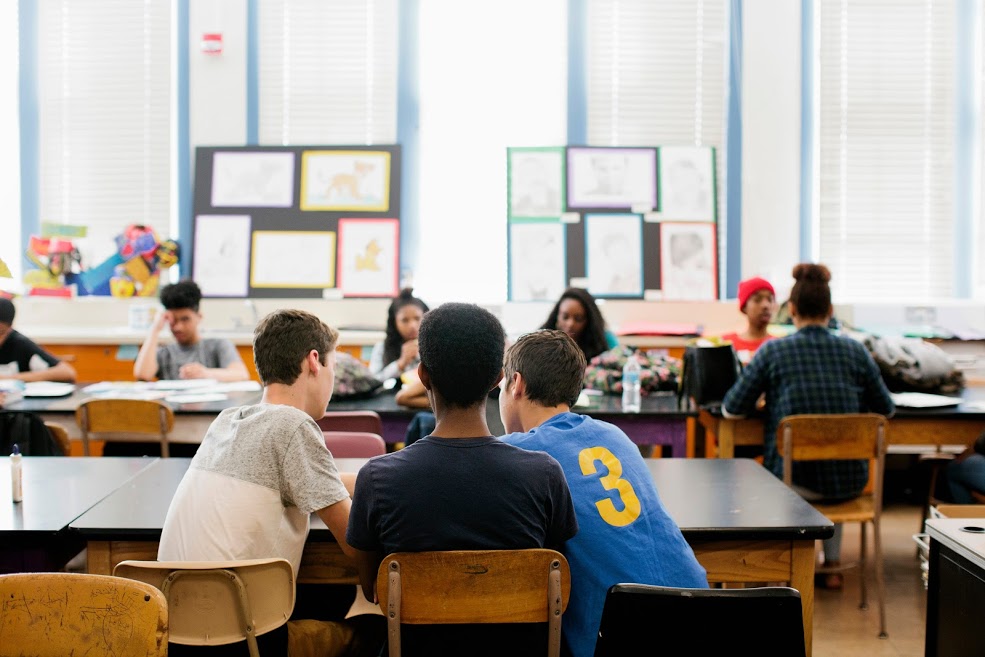 Alison Yin for EdSource
More than 50,000 U.S.-born students in California have Salvadoran parents who had protected residency status.

Alison Yin for EdSource
More than 50,000 U.S.-born students in California have Salvadoran parents who had protected residency status.

California schools are bracing for the impact of the Trump administration’s decision to oust thousands of Salvadoran immigrants, many of whom have been in the U.S. since the early 2000s and whose children are U.S. citizens.

“It’s a calamity for families who’ve built their lives here, own homes, own their own businesses, pay taxes, are part of the community,” said Juan Rivera of Carecen SF, a nonprofit that assists Central American immigrants in the San Francisco Bay Area. “Sending these families back to a situation of extreme violence and poverty — it’s horrible to put children in that position. While this moves forward, schools can provide a safe haven.”

On Monday, the Department of Homeland Security announced it was ending the Temporary Protected Status program for Salvadorans who fled the country after a pair of major earthquakes in 2001. The deadline for returning to El Salvador is Sept. 9, 2019, giving families 18 months to apply for other legal immigration status or make moving arrangements.

The decision affects more than 49,000 Salvadorans in California and more than 200,000 nationwide, according to the Center for American Progress and the Migration Policy Institute. About 30,000 of California’s temporary protected status holders live in the Los Angeles area and the rest are scattered around the state, with most in the San Francisco Bay Area, Rivera said.

Such a wrenching decision faces the Velasco family of Brentwood in eastern Contra Costa County. The parents are Salvadoran but their three children, ages 17, 12 and 4, are U.S. citizens. The oldest child is applying to colleges, hoping for admission to UC Berkeley, but those plans might be derailed if her parents are forced to return to El Salvador. One option her family is considering is leaving her in charge of her younger siblings when their parents move, Rivera said.

“This is a tragedy for families like them,” he said. “Everyone is in limbo. But I can tell you that of all the families who’ve come to us, not a single one wants to go back to El Salvador.”

For many Salvadorans, returning to El Salvador is not an option. Plagued by gang violence, unemployment and poverty, El Salvador has one of the highest murder rates in the world, according to an annual list compiled by Mexico’s Citizens Council for Public Security. In San Salvador, the capital, the homicide rate in 2016 was 83.39 per 100,000 residents, according to the report. By comparison, Chicago — one of the most violent cities in the U.S. — had a murder rate of 26.8 per 100,000 residents that year, according to the Brennan Center for Justice and New York University, which analyzes crime and criminal justice policy.

The first wave of Salvadorans to immigrate to the United States came in the late 1970s and 1980s when the country was embroiled in civil war. President Ronald Reagan granted amnesty to many of those immigrants. Another wave began arriving in the U.S. after the 2001 earthquakes and as violence and poverty escalated.

Those immigrants, until now protected by the temporary status program, had to undergo regular vetting by the Federal Bureau of Investigation and pay thousands of dollars in fees to maintain their legal protections. The U.S. has also granted temporary permits to immigrants fleeing natural disasters or civil conflict in Honduras, Haiti, Nepal, Syria, Nicaragua, Yemen, Sudan, Somalia and South Sudan. Those permits expire in the coming 18 months.

Los Angeles Unified, where thousands of Salvadoran students are enrolled, tried to reassure students, families and staff on Wednesday.

“The president’s recent announcement that Salvadorans fleeing unrest and instability under TPS will have less than two years to pack up and move back to El Salvador is misguided and below the dignity of our democracy,” said board president Monica Garcia. “L.A. Unified is part of the resistance to this administration’s inhumane actions, and we will continue to embrace every learner, family and staff member, regardless of their citizenship status.”

The district offers extensive resources to immigrant students and families. A website, We Are One, offers legal referrals, information about educational rights, guidelines for teachers and other resources. It’s available to anyone, and the district encourages schools everywhere to use it, said Nicole Mitchell, coordinator of the district’s School Enrollment and Placement Center.

“Fear is a barrier to academic success. Students need to be happy and healthy to be learning,” Mitchell said. “Our kids are important — they’re the future of California and the nation, and they need to be well-educated. They need our support.”

California education leaders, including Superintendent of Public Instruction Tom Torlakson and the heads of the University of California, California State University and California Community Colleges, have all promised support for students who are undocumented or otherwise affected by immigration uncertainty.

“(Torlakson) has made the safety of immigrant students one of his top priorities,” Mendick said.

“The California Department of Justice will evaluate all our options to right this Administration’s wrong and support TPS recipients who have worked hard and played by the rules in California,” he said. “History will not look kindly upon an Administration that turns its back on those who make America strong and a beacon for hope. Nor should it.”

Schools do not typically collect data about parents’ national origin, but there’s plenty teachers can do to support students affected by the Salvadoran decision, said Carmelita Reyes, co-principal of Oakland International High School, a public school that serves immigrant students.

For starters, teachers should not assume that a student who is a U.S. citizen is unaffected by immigration issues. The student’s parents, older siblings or other relatives might be facing deportation. And teachers should always be looking out for students who seem suddenly depressed, acting out of character or unable to focus on their schoolwork, and refer them to a counselor, she said.

“There’s the initial trauma and stress, but that can come and go,” she said, noting that students can face immigration uncertainty over periods of years. “It can be very distracting. It’s hard to learn math when this is constantly floating in the back of your mind.”