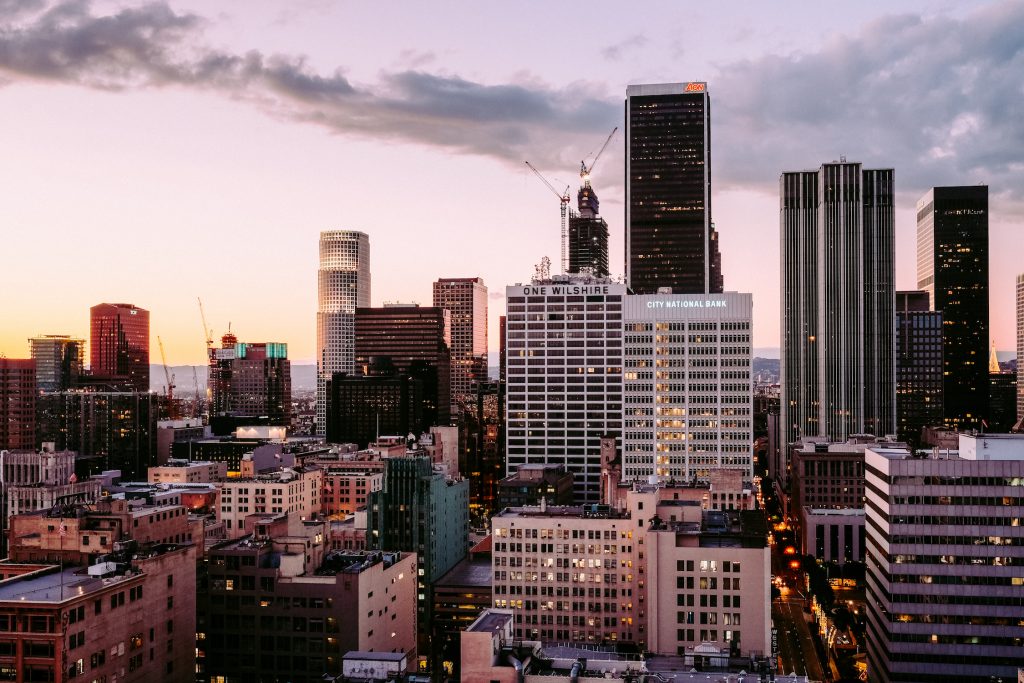 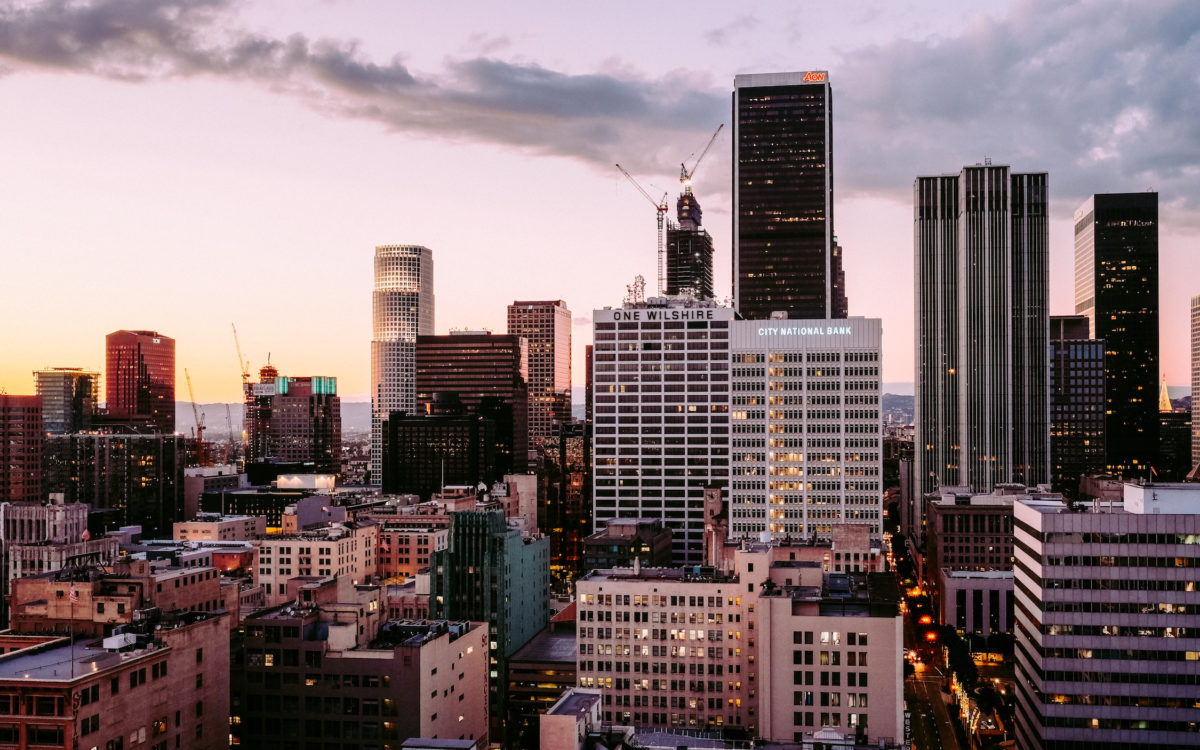 Forty years after Californians revolted against rising property taxes to pass Proposition 13, advocates of tax reform believe the timing is finally right to do surgery on it.

They’ve filed a draft initiative with the state ­— the step before starting to collect signatures for the November ballot — proposing a “split roll” system that would increase taxes on commercial and industrial properties to produce more money for schools, counties and local governments, while leaving intact Prop. 13’s tax protections for homeowners and residential properties.

Proponents of  the California Schools and Local Communities Funding Act of 2018, say the change initially would generate $11.4 billion, of which about $4.5 billion would go to K-12 schools and community colleges. That would increase state education funding by about 6 percent.

Supporters include community groups in the “Make It Fair” coalition, including California Calls, an alliance of 31 community-based organizations, the Courage Campaign and the League of Women Voters. No financial backers have yet come forward — perhaps a signal they have not committed yet — but leaders express confidence they soon will. **

Among those on the initiative’s steering committee is the Advancement Project, a Los Angeles nonprofit championing early education and K-12 policies for low-income children. Its co-founders, Molly Munger and her husband, Stephen English, spent $47 million in 2012 on an initiative that would have raised $10 billion per year for early childhood education and K-12 schools. It lost to a competing initiative, Proposition 30, backed by Gov. Jerry Brown.

Supporters will need all the financial help they can get. Robert Lapsley, president of the California Business Roundtable, a nonpartisan organization whose members are senior executives at the state’s major companies, promises a “fight to the death” over this or any initiative that raises property taxes on the business community. “This already is a high-tax state, and Prop. 13 offers one of the few protections that businesses and Californians have in terms of tax predictability. We take this one seriously,” he said.

Why now for a “split roll”

Prop. 13 reformers have been looking for an opportunity to propose a split roll and are moving ahead to capitalize on Californians’ dislike of President Donald Trump in general and the Republican Congress’ tax cut in particular. With elements that target high-wealth, predominately Democratic states like New York and California, the tax cut caps individual taxpayers’ deductions for state and local property taxes at $10,000, which will raise taxes for some upper middle-class taxpayers, while leaving intact deductions for businesses. A last-minute addition in Congress threw in a significant tax perk for real estate developers.

“Timing is everything in politics,” said Lenny Goldberg, policy director of the advocacy nonprofit California Tax Reform Association, which has eyed the split-roll idea for years and done research for the initiative. “We’re catching a wave.”

“With the assault on California by the federal tax plans, people feel now is the time to fund schools, community colleges and other vital services,” said Mac Zilber, a spokesman for the community groups backing the initiative.

But Jon Coupal, president of the Howard Jarvis Taxpayers Association, dismissed the advocates’ logic. “They’re looking for any excuse. There’s federal tax reform, so we have to raise taxes. That may ring the bell of the Bernie (Sanders) crowd, but it won’t fly.” The anti-tax group was founded by Jarvis, Prop. 13’s author.

Proponents submitted a draft to the California attorney general last month and have until Jan. 20 to make final changes. They’ll be able to start gathering signatures in late February, after an analysis by the Legislative Analyst’s Office and a ballot summary is written by the attorney general.

Its impact on K-12 schools and community colleges, which found themselves suddenly strapped for money, was to shift funding for — and control over —­ education from local districts to Sacramento. Critics cite Prop. 13 as a key factor in the decline in education funding in California from among the top-funded states in the ’70s, to, depending on the metric, the bottom third in per-student spending.

Brown didn’t appear interested in leading a charge for a split-roll change when asked about it during his press conference on the state budget last week (see minute 22:30). “If they want to find ways of lowering the threshold for more taxes, people can certainly do that but it takes a ballot measure. It’s a little late for that now,” he said.

Under the plan, counties, cities and other government entities, like hospital districts, would distribute money under existing arrangements. Money raised for K-12 schools and community colleges would be pooled, so that low-property-wealth rural districts would get an equitable share, as required by previous court rulings in the Serrano cases. In its draft form, K-12 money would be distributed based on the Local Control Funding Formula, which directs money to districts based on their enrollment of low-income, foster and homeless children and English learners.

In almost every county, residential owners have borne a bigger portion of the counties’ property taxes, while commercial and industrial properties’ share has declined over time, according to a Legislative Analyst Office’s 2016 study. There are also inequities among commercial and industrial properties. Some companies continue to pay low taxes on buildings they’ve owned for decades, while competitors with newer properties pay based on the higher assessed values. “Even the largest beneficiaries cannot defend the system,” Goldberg said.

Goldberg said about 80 percent of the new revenue would come from owners of only 8 percent of properties worth $5 million or more. Most of those who’d pay higher property taxes would be wealthy American and foreign real estate investors and companies whose properties haven’t changed hands in decades, he said.

The League of Women Voters of California opposed Prop. 13 in 1978 “as bad fiscal policy, and we’ve been listening to proposals for modifying and reforming it,” said the organization’s president, Helen Hutchison. “The inequities that have grown as Prop. 13 has aged make the initiative viable now.”

In annual polls conducted by the Public Policy Institute of California, a majority of voters — between 50 and 60 percent — said they would support a split-roll property tax. The organization last surveyed the issue in 2015 and plans to include a question about it in a poll it will conduct this month. Goldberg said the campaign’s internal poll shows the same results. But Lapsley said their internal polls show the opposite once voters are told about the overall impact of the tax, particularly on small businesses.

The issue, said Goldberg, is the size of the margin of support the campaign will need going in to withstand the business community’s onslaught.

Hutchison said their own financial support combined with grassroots organizing will be the difference. “We definitely will be outspent but will have a strong enough campaign to win,” she said.

** Correction: An earlier version said that the California Teachers Association endorsed the proposed initiative. CTA is a member of the Make it Fair Coalition but has not yet taken a position on this initiative.