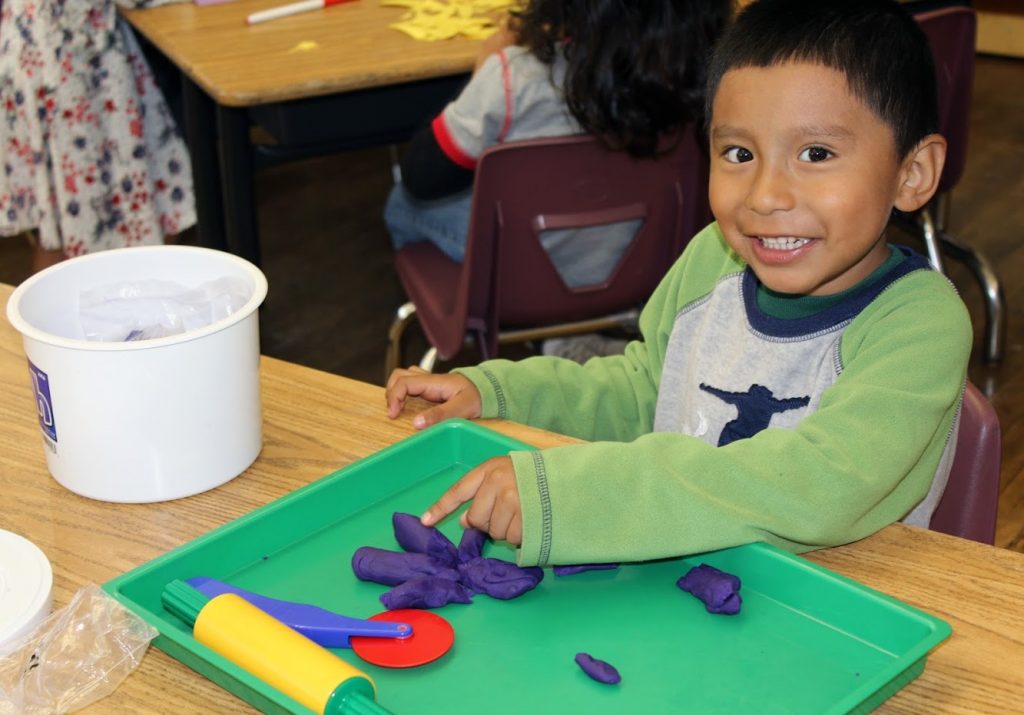 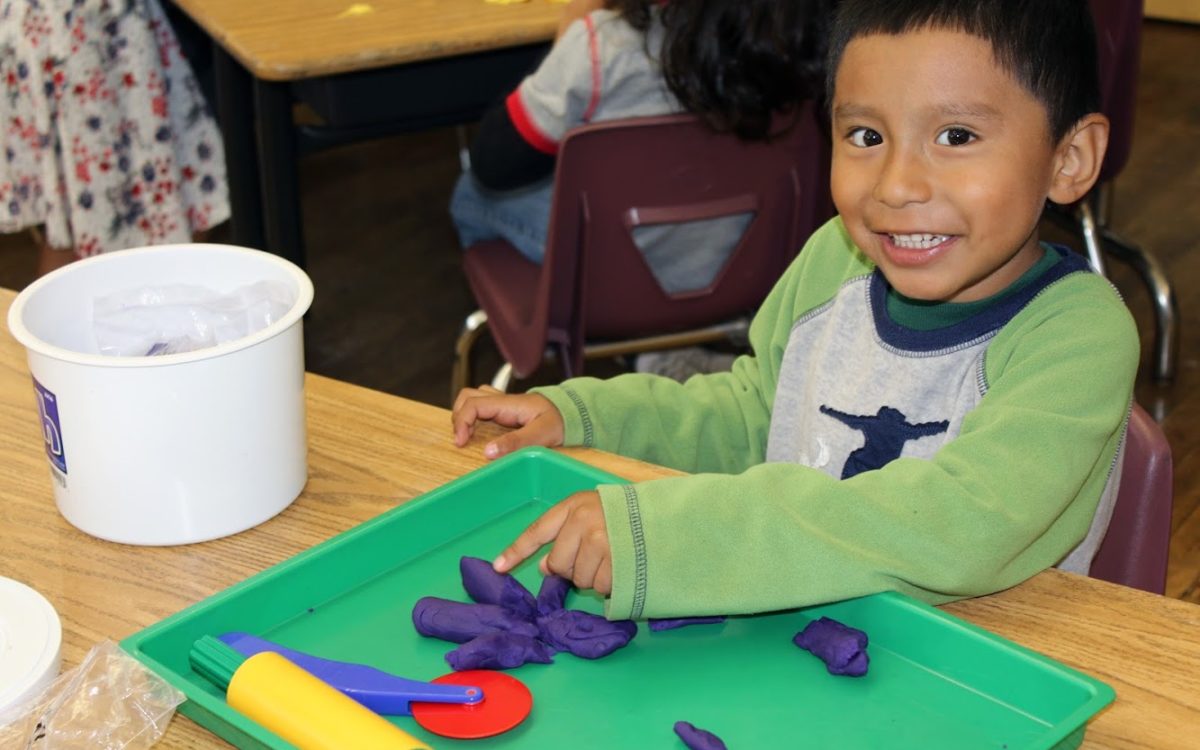 In the face of compelling research showing the importance of providing services for children before they reach kindergarten, four communities in California are going to voters to ask them for special funding to underwrite a range of early education programs.

The measures that seek new funding streams for early childhood are in Oakland, nearby Richmond, tiny Capitola, on the Santa Cruz coast, and San Joaquin County in California’s Central Valley. Some of the funds from the measures would also be used for programs serving older children.

If passed, these measures would serve a tiny fraction of the state’s youngest children. A just-released study by Sean Reardon at Stanford University and several other researchers showed that children from low-income families arrive in kindergarten substantially behind their peers academically nationwide — and the gap is very hard to make up by the time they reach 8th grade.

The fact that the vast majority of communities in California are not even attempting to raise funds for early childhood programs through the ballot box reflects the difficulties of convincing voters to approve these measures. California law requires a two-thirds majority at the ballot box to approve any new tax earmarked for a specific purpose like childcare services, a hurdle that is nearly impossible to attain in many communities. If a measure is to raise funds for the local government’s general fund, it requires only a simple majority to win.

“We’re excited about all of those measures, because people are experimenting with different ways to create some kind of dedicated funding for children and youth,” said Margaret Brodkin, director of Funding the Next Generation, an advocacy organization that promotes ways local communities can fund children’s services.

San Joaquin County is taking the most unusual approach to raising taxes earmarked for children’s services — but one that might become more popular statewide following the legalization of marijuana for recreational use as of January this year. The county’s Measure B would impose a gross receipts tax on marijuana businesses and a $2 tax per square foot of space used to cultivate marijuana plants. The tax would start at 3.5 percent, but the Board of Supervisors could raise it to as high as 8 percent thereafter. The tax is projected to raise an estimated $3 million a year. Thirty percent of the revenue would be set aside the first year for early childhood education, child literacy and programs for youth, including drug prevention. The portion going to children’s programs would go up to 50 percent by the fifth year.

As a result of Proposition 10, an initiative approved by voters in 1998, California imposed a tax on tobacco products that yielded billions of dollars for early education programs. Children’s advocates say the county marijuana tax would help fill a gap in funding created in part by a drop in the number of people smoking cigarettes.

“We’ve seen a massive fall off in the amount of money coming into the county from tobacco tax dollars, which means we’re serving less preschoolers,” said Christina Gilbert, director of the San Joaquin Children’s Alliance, a partnership of nonprofit organizations, business and government officials. “We have an abysmally low rate of having preschoolers enrolled (in early childhood programs).”

Oakland’s voters will have a chance this November to raise funds for more childcare and children’s services in the city, following the defeat in June of an Alameda County measure intended to increase available childcare spaces and early educators’ pay. That measure failed to get the required two-thirds majority vote needed for passage by a fraction of a percentage point.

The latest measure, Measure AA, will be restricted to Oakland. Voters will be asked to approve a parcel tax that will impose a tax of $198 on every single-family residential parcel in Oakland, a $135.25 tax on every occupied unit of a multi-unit parcel and a tax on commercial parcels based on square footage. That could raise an estimated $30 million a year both for expanding preschool and for Oakland Promise, an ambitious initiative designed to promote improved outcomes for children beginning at birth and extending all the way through college.

In nearby Richmond, voters approved a measure in June that sets aside 3 percent of the city’s general fund that would go to child care, after-school and other youth programs. But a separate measure specified that it would go into effect only if the city obtained a new source of revenue for those funds.

Richmond children’s advocates had organized to put a tax on sweetened beverages on the ballot to raise those funds. But their plans were thwarted when the state Legislature approved a 12-year ban on local communities imposing soda taxes of any kind.

This November, voters will get another chance to raise the needed revenues for the Richmond Fund for Children and Youth and other city programs with Measure H, which would raise real-estate-transfer taxes on sales of homes worth more than $1 million. This measure requires only a 50 percent plus one majority to win, since the revenue would go to the general fund, and from there a portion will be set aside for the Fund for Children and Youth.

A fourth measure, Measure J in Capitola, a coastal city of about 10,000 people in Santa Cruz County, proposes to raise transient-occupancy taxes (the tax that travelers pay when they rent a hotel room or other temporary lodging) by 2 percent and put .35 percent of that increase toward youth and early childhood programs.

Recent elections show how difficult it is to get voter approval to raise taxes to fund early education programs. Three measures to increase sales taxes in Napa, Solano and Marin counties; and a special marijuana tax proposed in the city of Sacramento were on the June 2016 ballot to raise money for children and youth programs. All lost.

San Francisco is now fighting in court to defend a childcare measure that voters approved last June by only a little more than 50 percent. Measure C would have funneled around $123 million a year from taxes on commercial rents to early education and services for children under 6. The city is interpreting a California Supreme Court decision to mean that a two-thirds vote is needed only if local government bodies like city councils and boards of supervisors vote to place a measure on the ballot and not when initiatives are placed on the ballot by voters.

Four business groups disagreed with the city’s analysis and are suing the city to get the measure nullified, because they say the measure would have needed a two-thirds vote to become law, not the 50 percent margin San Francisco says it needed.

“What we’re concerned about is that this just plainly violates California’s constitution, and it’s an attempt by San Francisco to set a precedent locally and statewide to lower the voting threshold on any special tax,” said Laura Murray, senior staff attorney for the Howard Jarvis Taxpayers Association, one of the groups that filed the lawsuit against San Francisco. Murray said she is concerned other cities could follow suit. “They’re all watching,” she said. “San Francisco is using its locale as a guinea pig to see if they can make this work and it’s not based on any valid law.”

To make it easier for local communities to raise funds for children’s programs, Funding the Next Generation, the organization headed by Brodkin, has drafted a proposal for a constitutional amendment in California that would allow school boards to put revenue measures on the ballot as general taxes, so they only would need a simple majority of the vote. No date has been set for placing the initiative on the ballot.

“We just haven’t, as a county, a city, a state, a country, put the resources into supporting our children the way we should, especially into early care and early intervention, and we end up paying huge amounts in law enforcement and other needs down the road, when children are unable to become independent adults,” Brodkin said.

Correction: This story has been updated to correctly state how much of the Measure J tax increase will be allocated for youth and early childhood programs.