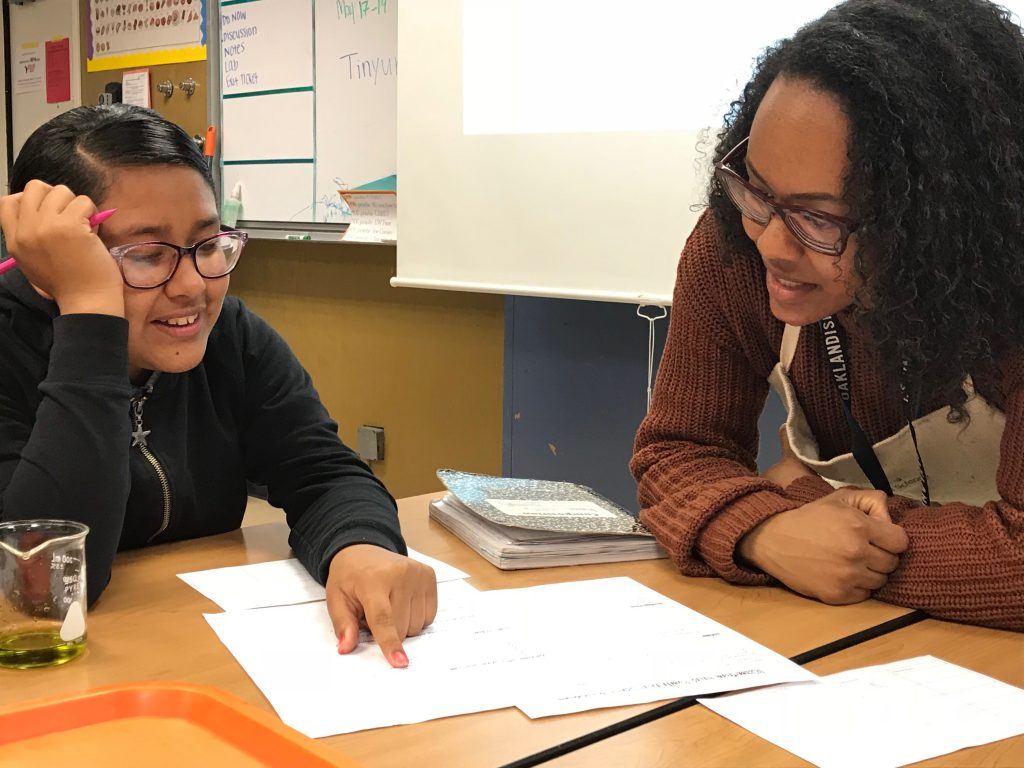 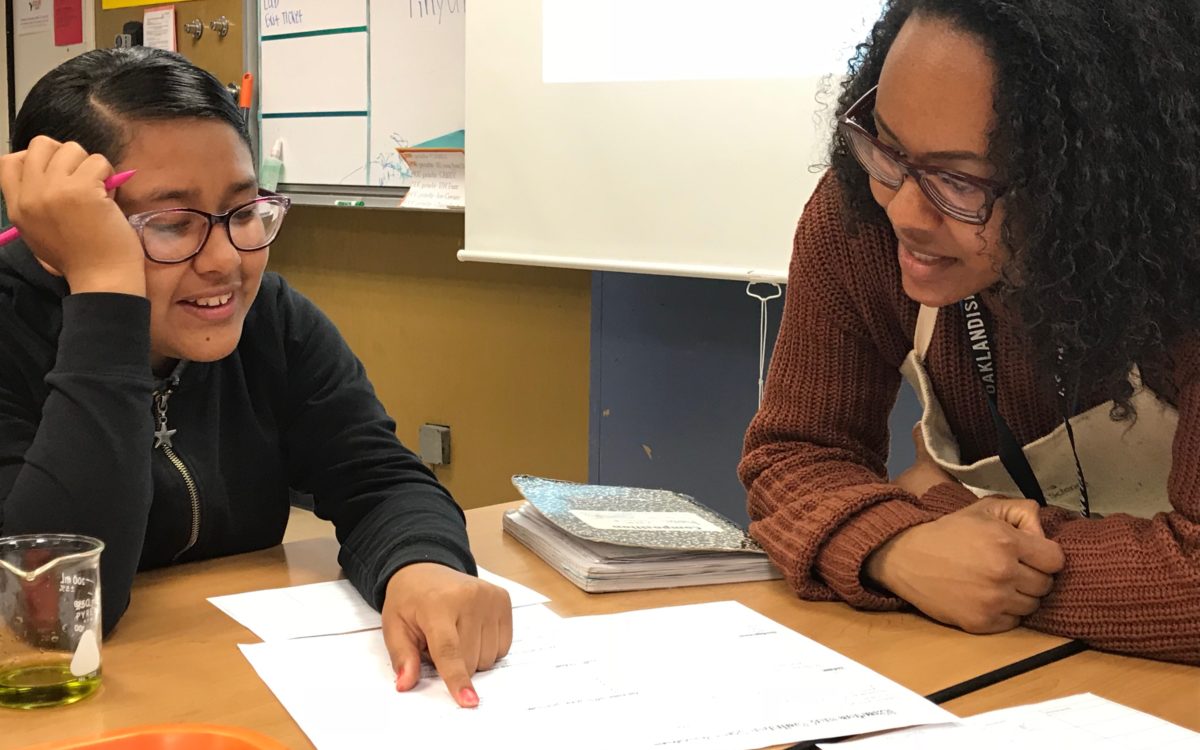 Last fall, Oakland science teacher Lauren Brown tried to teach a lesson on exothermic chemical reactions by having her 7th-graders mix hydrogen peroxide, yeast and warm water. The results? Not quite the multi-colored explosion that was promised in the textbook. It was more like a dull fizzle.

“We only have eight thermometers for 33 students and some of them are broken. The data collection was so off we couldn’t even use it,” she said. “It was really discouraging for all of us … My students love science. They deserve so much more.”

Undaunted, Brown applied for a grant from the National Science Teachers Association and Shell to outfit Madison Park Business and Art Academy, a public school in one of the most impoverished pockets of East Oakland, with equipment for a state-of-the-art science laboratory. Last week, Brown beat out 500 other applicants nationwide to win the annual contest. She’ll receive $20,000 worth of beakers, heat lamps, composition books, chemicals and other materials to give her students a leg up in science education.

“I’m still in shock. I can’t believe it’s real,” said Brown, who’s in her fourth year as a teacher and co-chairs her school’s science department. “We’re really excited to finally teach science the way it’s supposed to be taught.”

The new laboratory will be shared by all the middle-school science classes at Madison Park, a TK-12 school where 96 percent of the students are low-income, foster youth or English learners.

Before the grant, students rarely took field trips because the school couldn’t afford transportation, and students often had to watch “virtual experiments” on shared classroom computers because of a lack of supplies. Brown said she spent several hundred dollars a year out-of-pocket on science supplies, reluctant to ask her students to help offset the costs because of their families’ own financial struggles.

“I hate asking them to bring in 50 cents or a dollar,” she said. “It just breaks my heart.”

Despite the lack of materials, Brown tries to give her students at least a few hands-on classroom projects per month. On a recent rainy morning, she had them learn about cellular respiration by blowing bubbles — before and after exercising — into a colored solution to see how the amount of oxygen in the bubbles affected the chemical makeup of the solution.

Student Braulio Ferrer said experiments like that have made science his favorite subject.

“I like how you can change the chemicals to turn one thing into another and make something new,” he said. “When you don’t understand, you can ask Ms. Brown for help. She’ll help you in any situation, no matter what you need.”

“She listens to you,” she said. “If you don’t understand something, she’ll go back and explain it to you. She’s just really cool.”

Brown doesn’t just use classroom projects to motivate her students. She helped them create their own science show on YouTube, takes them on camping trips and gives them assignments such as: “The Golden State Warriors called. They need our help making hot packs and cold packs for injuries,” or, “Google asked if we can help them make flashlights to give to hurricane victims.”

That creativity is what impressed the judges.

“Lauren uses the 5E (engage, explore, explain, extend, evaluate) teaching model to motivate students who’ve been turned off to science,” said Ruth Ruud, a contest judge who teaches as Cleveland State University and is a former head of the Pennsylvania Science Teachers Association. “The science lab upgrade is needed, as she and other teachers purchased materials for the classroom themselves and students had to bring items from home. She’s only able to demonstrate labs in most instances, instead of having a full science lab experience, due to lack of materials.”

A native of Oakland, Brown always loved science and initially planned to be a doctor. But as an undergraduate at the University of San Francisco, she found herself enjoying her internships working with children at a local community center more than internships at health clinics. She realized she had to make a choice: “Make money or do something that’s your passion.”

She chose to follow her passion and became a teacher.

“When I was in middle school, I just remember we colored a lot of worksheets. I used to peek in the other classrooms to see what they were doing with chemicals,” she said. “My students won’t have to do that. They’ll remember photosynthesis because we did a lab on it. They’ll be able to think outside the box. … I love science and I want my students to love science, too.”

Her most gratifying moments, she said, are when a student asks a random scientific question about something they noticed on the way to school, such as why dew drops are shaped a certain way.

“It shows they’re curious and they’re seeing science in the everyday world,” she said. “I want them to know that science is everywhere and there’s so much you can do with it. There are thousands of STEM careers for them to pursue.”

Laurel Schwartz, assistant principal at Madison Park, said Brown’s enthusiasm and professionalism are an asset to the entire community. She sets high standards for her students and has the patience, organizational skills and good humor to help her students reach those standards.

“Ms. Brown relentlessly works to prepare her students for high school, college and beyond, opening up so many opportunities for what they can do,” Schwartz said. “She’s an excellent educator inside and outside the classroom. We’re lucky to have her.”