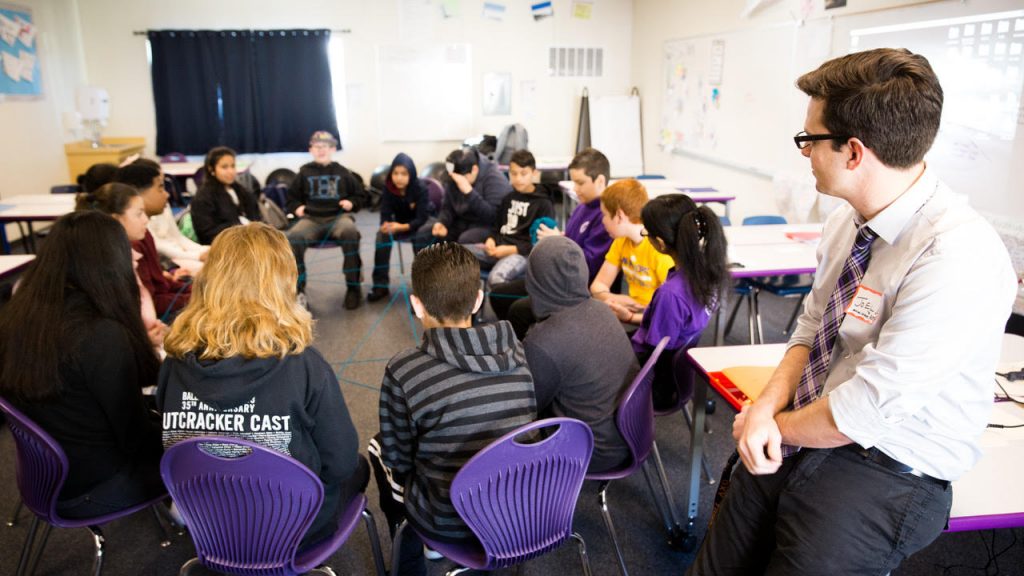 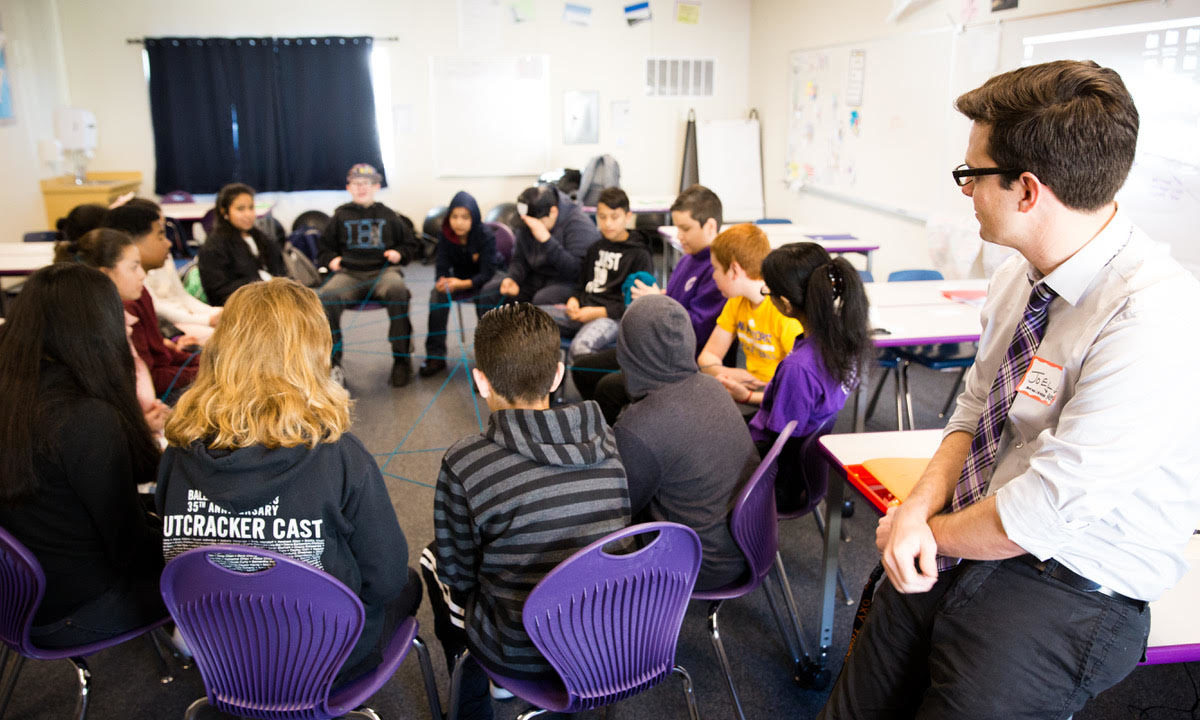 Though Yvonne Armenta graduated from UC Berkeley last May, “I think I remember more actual content from high school than from college,” she said.

“In college it was write it down, study the night before … take the test and just forget about it,” Armenta said. “Whereas in high school I was a lot more immersed … my teachers actually expected me to know and be able to talk about” what they taught.

Armenta attended Metropolitan Arts and Technology High School in San Francisco, one of several charter schools operated by Envision Education that followed a model called deeper learning. In addition to standard quizzes and essays, Armenta spent months preparing for a grueling oral defense in front of all of the school’s teachers that fused together multiple projects she spent parts of grades 11 and 12 researching.

While deeper learning looks different school to school, the unifying concept is requiring students to write, research and defend their conclusions in essays and oral presentations, often linking what they learn to current affairs. Researchers say this approach prepares students more for college and the workforce than regular school instruction. Not only do students learn, its backers say, but they develop the speaking and writing skills they need to convey their viewpoints. The schools teach the standard subjects, but many include more collaboration among teachers so that those subjects are taught together.

In a move to expand the deeper learning model to more schools, Envision Learning Partners, a consulting group housed in Envision Education, in January hired four scholars from the Stanford Center for Assessment, Learning, and Equity, a leading research group that worked on improving the project-based approach that’s become synonymous with deeper learning.

The joining of forces will give Envision Learning Partners greater research heft behind its consulting work, which already includes nearly 500 charter and district-run schools across the country. The move allows the Stanford scholars to expand their research on what works and what doesn’t to more schools, said Ruth Chung Wei, who joined Envision but will also remain at Stanford to complete a project. The three other former Stanford researchers — Vinci Daro, Jim Malamut, and Theresa Morris — are now on staff at Envision.

Wei said when done right, deeper learning programs allow students to “experience success through hard work, the revision process, an opportunity to continuously improve work and keep at it, until they’re able to show and demonstrate success in a public way.”

Armenta’s oral defense — which she needed to pass to graduate from high school — was themed around access to opportunities and touched on three projects in her history, Spanish and English classes. One was a brochure that she wrote in Spanish to help Spanish speakers make educated decisions when they went out to vote. Another was an analysis of Bay Area sex workers in the context of the modern women’s rights movement.

Wei estimated more than 1,000 schools are practitioners of deeper learning across the U.S. The best models include Envision, High Tech High in San Diego, Big Picture Learning and its several dozen campuses and affiliates across California and 25 other states, and Hillsdale High School in San Mateo.

Wei said that deeper learning works best when it’s incorporated throughout the school rather than limited to a class or two. While charters — which have more flexibility with curriculum and scheduling — are drawn to deeper learning, some traditional high schools, such as Hillsdale, are exemplars of the practice as well.

Justin Wells, executive director of Envision Learning Partners, said that their strategy is to figure out what works and share with all schools, charter and traditional alike. “Let’s have small pockets of innovation and if it works, share that with the larger public school system,” he said.

Much of the deeper learning research and advocacy is funded by The William and Flora Hewlett Foundation, headquartered in Menlo Park, California. The foundation says the standard approach to measuring what students know is inadequate. “The typical worksheet, drill-and-memorize and test preparation approach to classroom teaching actually makes it difficult for students to retain the myriad bits of information they encounter during the school year,” according to the foundation.

“We really cared about our education,” said Armenta. “We knew that going to college wasn’t this thing that we had to do to get a good job. It was something that we wanted to do because we were interested in whatever it was that we were learning.”

A 2016 study of more than 20,000 students in 25 deeper learning and traditional high schools by American Institutes for Research found that 22 percent were headed to a four-year college compared to 18 percent from schools without deeper learning. The study was funded by the Hewlett Foundation.