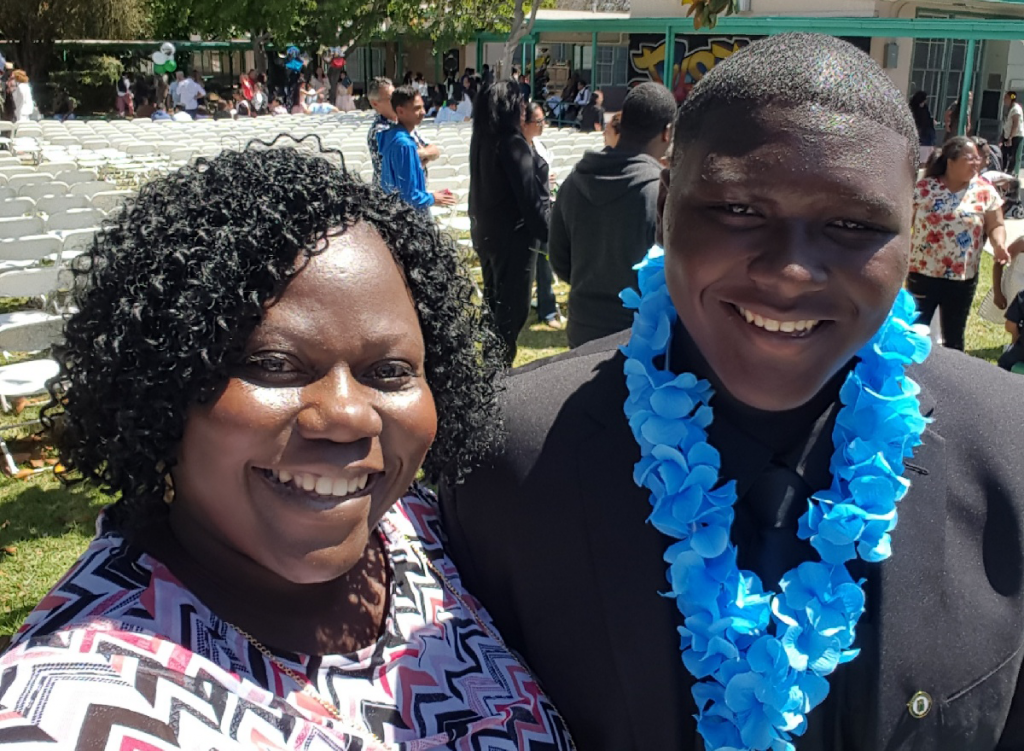 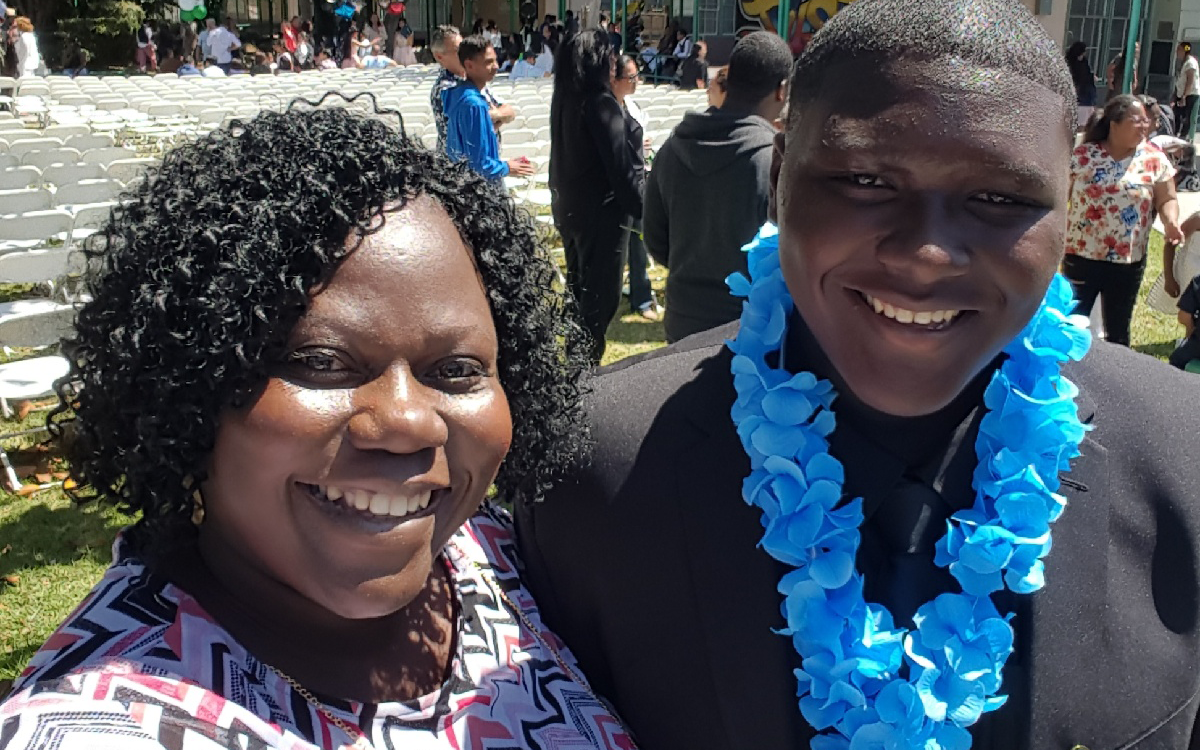 As students from Sacramento City Unified School District start applying to college this fall, Superintendent Jorge Aguilar will know a lot about where they ended up enrolling and eventually whether they graduated.

Thanks to a partnership with neighboring community colleges and state public universities — including UC Davis, UC Merced and CSU Sacramento — Aguilar will know who among his students got into those schools. Over time, he’ll know how many completed their first year and eventually graduated at those colleges, information that he says will appear on the district website.

The Sacramento Unified arrangement is remarkable because it’s an outlier in California. While most states have some system that links their high school and college data to track what happens to students once they exit high school, California does not.

And it’s just the kind of information many California parents say they want to know. GreatSchools, a nonprofit that provides schools information to parents,  says they know from contacts with parents, including millions in California, that they are seeking this data.  “It is essential for parents to have access to information about how schools are doing in setting kids up for success in college,” said Samantha Olivieri, chief strategy officer at GreatSchools.

Parents can find out how many advanced courses students take, average test scores, and other proxies for college readiness, but the state has no public resource showing what happens to students once they graduate from a particular high school. For parents, that means being in the dark on a key element about school quality.

“Any type of degrees they may get … they don’t give you any of that,” said Cleo Branch, a mother of four who just finished selecting a high school in Los Angeles for her youngest son. Instead, she relied on high school ratings websites GreatSchools.org and Niche.com, as well as the websites of the schools themselves, to learn about average classroom size and how many teachers have advanced degrees — but no information on college success. After debating between several privates and public magnet high schools, Branch picked the private Campbell Hall, which awarded her son a scholarship.

“California is behind almost every state in the nation,” said Paige Kowalski, executive vice president of policy and advocacy for the Data Quality Campaign, a Washington D.C.-based research and advocacy group that supports greater access to education information and publishes reports on state data systems. “We got over 40 states that are reporting on an annual basis their postsecondary enrollment data by high school. California does not do this.”

Despite the data sharing agreement at Sacramento City Unified, Aguilar thinks a state system would service his mission. “I would love to be able to access information about our students who attend or attended a college or university beyond the ones that we’re currently sharing data with,” he said.

A bill making its way through the state Legislature could be what Aguilar and others are looking for. Senate Bill 1224 would ask state agencies to research a system to track students from California’s K-12 schools through its public postsecondary institutions and into the workforce. “We don’t have an answer to what happens to students all the way from kindergarten through the end of their college days and into the workforce,” said Sen. Steve Glazer (D–Orinda), a co-author of the bill. “We need to have a comprehensive, sweeping scope of how well all our educational institutions are serving our students.”  There’s no cost estimate yet.

More than 20 states allow the public to look up college information by accessing state-created “report cards” about high schools, according to the Data Quality Campaign — though few states publicize college graduation rates by high school. The report cards display information like how many students from each high school enrolled in each college and how many needed remediation.

California has none of that.

It’s not just the state’s parents who want the public information. Academics want it to study which high schools are succeeding. Nonprofit advocacy organizations want it to see if students of some racial and ethnic groups who are prepared for college aren’t enrolling or succeeding once they get there.

School leaders want it to test whether their college-preparation reforms are actually working. Aguilar said one use of the system would be to compare the grades his students earned in an Advanced Placement English class to what they earned in their first college English class. High grades in high school and low grades in college may prompt efforts “to strengthen our curriculum,” he said.

Others, such as California Competes, a California college advocacy group, want to go further by connecting student PreK-12 and college data to earnings once students enter the workforce, which some call a “P-20 system.”

“People have perceived the current administration” of Gov. Brown “as not being supportive of this idea, (P-20) not seeing the value or the need for it,” said Colleen Moore, assistant director of the Education Insights Center at Cal State Sacramento and co-author of a series of articles that examined why the state doesn’t have a data system tracking students from kindergarten to the workforce.

California had an agency that collected some information about the fate of students advancing from high school to college called the California Postsecondary Education Commission, but Gov. Jerry Brown defunded it in 2011 despite the Legislature’s attempts to keep it.

If current public polling proves right, the next governor may be more open to a data system linking high school and college data. “This is profoundly important, and it gets lost because you don’t usually get celebrated for your IT upgrades,” said Gavin Newsom, frontrunner for governor of California, at a public forum in March. Two other Democratic candidates, Antonio Villaraigosa and John Chiang, also voiced support for such a system.

California’s two public four-year universities do maintain websites that give the public limited information.  The University of California breaks up its information across two web pages – one for how many students from a high school applied, were accepted, and enrolled into a UC, and another page showing how many graduated after four and six years.

The Cal State system’s website allows a parent to see not only college graduation results for a certain high school, but also how many students of a certain race or socio-economic group entered the CSU from that high school. Neither system reveals the identities of students.

Other services provide data for high schools and colleges, sometimes for a fee, but parents don’t readily have access to that internal data.

Branch didn’t know about the CSU or UC information on graduation rates by high school. Neither did Felicia Jones, associate director of a nonprofit that advocates for social issues, including education. She recently picked Los Osos High School in the Inland Empire for her son Cameron after a search. “I still had blind spots as a parent,” Jones said.

To find the right school, she visited district websites and surveyed parents for information on whether their children went on to graduate from college and which one. “That data came from word of mouth,” Jones said.

How much students earn in wages over time could be public information, too. Already the state’s agency that collects wage information, the Employment Development Department, shares earnings data with the UC, CSU and California Community Colleges. Some of those salary figures are on display, but don’t drill down in ways advocates want, like by student demographics or individual campuses. Still, the UC website shows earnings by popular degrees. The community colleges offer something similar through Salary Surfer.

Moore’s research shows that the state’s public education systems each have good student level data. It’s just a matter of linking it all.

Just who would control a state data system linking K-12 and college and what information it would show are all topics of discussion. How the data will be perceived matters to education leaders, too. “I’m not going to do anything that’s going to seem punitive or just for accountability purposes. But I do think that we have to demonstrate transparency,” said Aguilar.

Is this a tool California can create?

Moore says that the state officials she has interviewed say connecting the college and K-12 information would require a lot of work, both on the technical front and in managing relationships across the various education systems.

Kowalski disagreed with those officials. “This is not a technical problem,” she said, who stressed that nearly every other state in the country has developed such a system. “This is a problem with political will.”