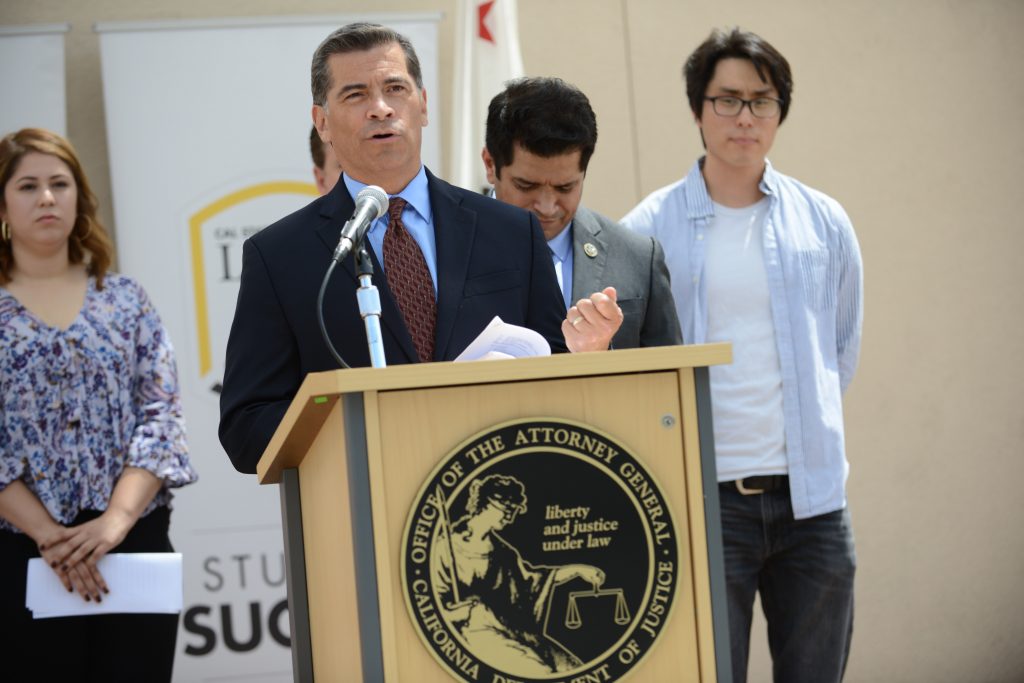 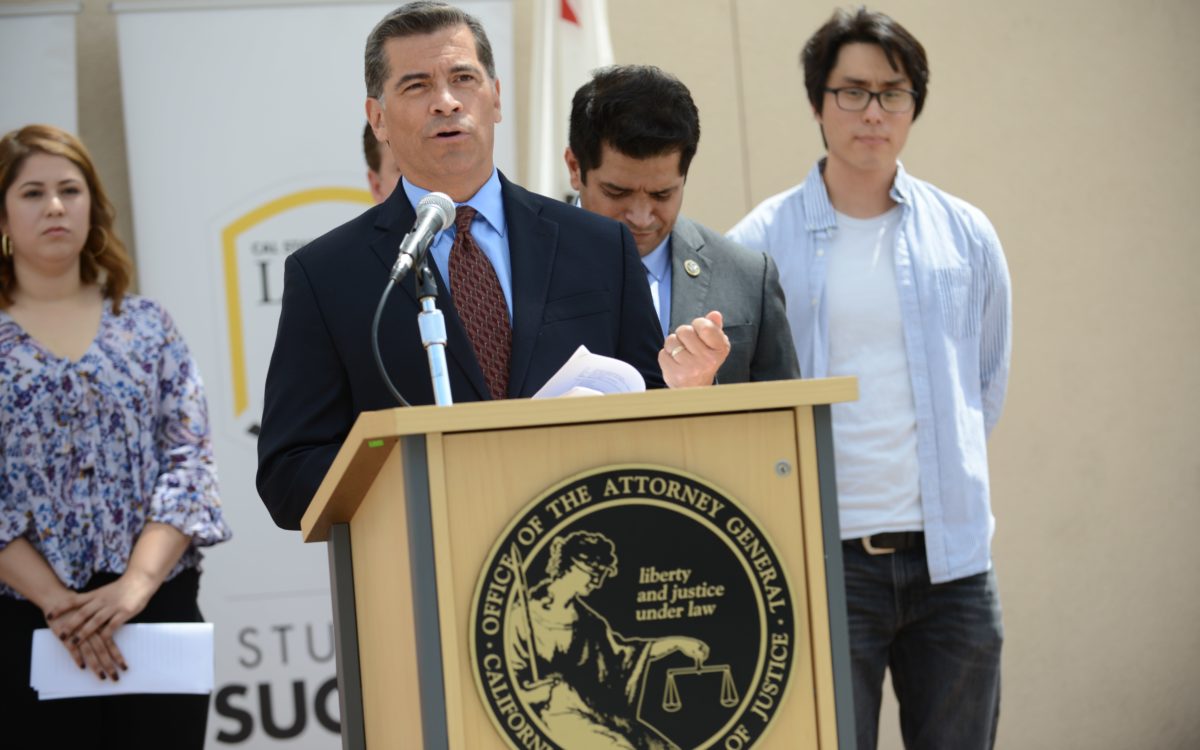 The leaders of California’s three sectors of public higher education joined forces Wednesday to urge all undocumented students to take advantage of a recent court decision and reapply for protection against deportation under the DACA program.

“Re-enroll now, re-apply now for DACA,” said University of California president Janet Napolitano, who formerly was U.S. Sec. of Homeland Security in the Obama Administration and helped create the executive order for Deferred Action for Childhood Arrivals program in 2012.

“We stand with our DACA students. They are important members of our university community,” Napolitano said.

Napolitano spoke at a press conference in Sacramento along with state attorney general Xavier Becerra, California community colleges chancellor Eloy Ortiz Oakley and Loren Blanchard, the Cal State system’s executive vice chancellor for academic and student affairs.   All said that a ruling last week by a U.S. federal judge in San Francisco has in effect revived DACA at least temporarily by blocking the Trump administration’s plan to end it as planned on March 5.

U.S. District Judge William Alsup’s temporary injunction came in response to lawsuits brought by the state of California, UC and others.  As political wrangling continues in Congress over possible legislation to permanently fix the DACA issue, the Trump administration said it will appeal Alsup’s ruling to the U.S. Supreme Court but will meanwhile allow Dreamers again to submit renewal applications.

The higher education leaders said they support a pro-DACA argument before the U.S.  Supreme Court and for federal legislation that would offer permanent protection to the 700,000 or so Dreamers across the nation, including about 242,000 in California, who had gotten DACA status since 2012.  California’s public colleges and universities estimate that they enroll about 72,300 undocumented students in all.

Becerra said he was getting ready for the U.S. Supreme case that he hoped will grant Dreamers the “ability to move forward in their education and we hope more certainty in their lives which had been thrown  into chaos by the actions last fall of Donald Trump in trying to repeal the DACA program.”

Undocumented students, Oakley said, “are as American as any one of us. We stand by them. We support them and we continue to ask for and demand a permanent solution of this issue on their behalf.” In also urging students to re-apply for DACA even if their previous permits had expired, Oakley said: “We want them in our colleges. We want them in our communities.”

Some undocumented students have expressed fears that stepping forward to reapply for DACA in this uncertain environment might leave them easily identifiable to federal authorities if efforts to save the program fail and mass deportations start.  The Trump administration said it does not intend such massive deportations and wants to concentrate on getting rid of criminals who entered the country illegally.

DACA applicants may be able to receive legal assistance on and off campus and financial aid for the $495 renewal fee through private agencies and charities to which colleges and universities are referring students.  However, the demand has been so great that Mission Asset Fund, an organization that provided grants to cover those fees, has temporarily run out of money and is putting applicants on a waitlist, Napolitano noted. College and universities officials emphasized that undocumented students continue to qualify for financial aid in California.

DACA allowed undocumented young people who were brought to this country under the age of 16 to apply for two-year work permits and gave them protection against deportation that could be renewed indefinitely. Trump’s announcement in September was intended to phase out DACA and put sharp limits on even one-time only renewals.