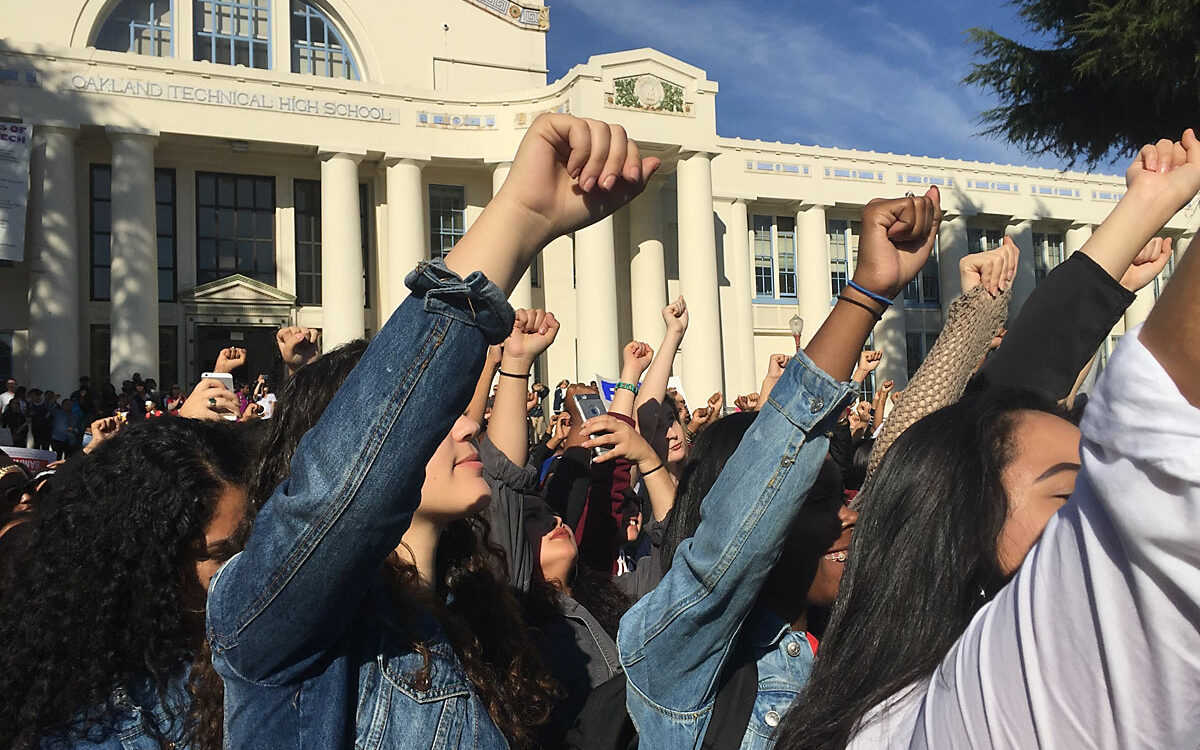 A last-minute push of publicity and counseling helped increase the number of undocumented students in California who applied for special state-financed college aid slightly above last year’s level despite fears of deportation, officials announced Monday.

As happened in 2017, applications for the California Dream Act funds that can cover tuition at public and private colleges in the state were lagging days before the March 2 deadline. But with much outreach, a final surge by the end of last week brought the total to 37,612 applications, which is an increase of about 4 percent, or 1,480 more applications than last year.

“I’m tremendously relieved,” said Lande Ajose, chairwoman of the California Student Aid Commission, which administers the grants. While she told EdSource she would have preferred to see a larger increase in application numbers, she said she was pleased that “we didn’t lose ground given the toxic federal climate” on immigration issues. The commission wants to ensure that “deserving undocumented students in California continue to have access to opportunities.”

The California Dream Act grants are not directly linked to the federal Deferred Action for Childhood Arrivals (DACA) program, which provides work permits and temporary protection from deportation to some young people who were brought to the United States illegally as children. But the Trump administration’s attempts to rescind DACA, now on hold because of court rulings, certainly contributed to scaring some students from applying for the California grants, officials said.

Families reportedly fear that information on the financial aid forms might be used for deportation actions — even though California leaders insist they will not share the data with federal authorities.

Undocumented students, often called “Dreamers,” are not eligible for federal grants and subsidized loans and cannot use the traditional Free Application for Federal Student Aid (FAFSA) form. But whether they have DACA status or not, they can qualify for the California Dream Act funds if they finish high school or earned an equivalency degree in the state and have high enough grades and low enough income, among other requirements. The Dream Act application also is used to determine possible campus and private aid for the undocumented.

About a week ago, the number of Dream Act applications was about 10,500 below the March 2 deadline totals in 2017. The catch-up, aided strongly by Spanish language media and phone bank calls, helped produced a total of 24,539 renewal applications and 13,073 new applications, both slightly above last year, administrators reported.

At California’s public colleges and universities, undocumented students are allowed to pay the same discounted in-state tuition as legal residents and citizens. They can receive fee waivers at community colleges. In addition, the Dream Act Cal Grants in 2017-18 offered a maximum award of $12,630 at a UC campus, $9,084 at a private non-profit college, $5,742 at a Cal State and $1,672 at a community college.

Many of the California Dream Act applicants turn out to be ineligible based on various criteria, including that most students need to apply no later than one year after finishing high school. So of the more than 36,000 applicants for the 2017-18 school year, only 9,450 were offered the grants and so far 5,023 used them, although that number is expected to rise.