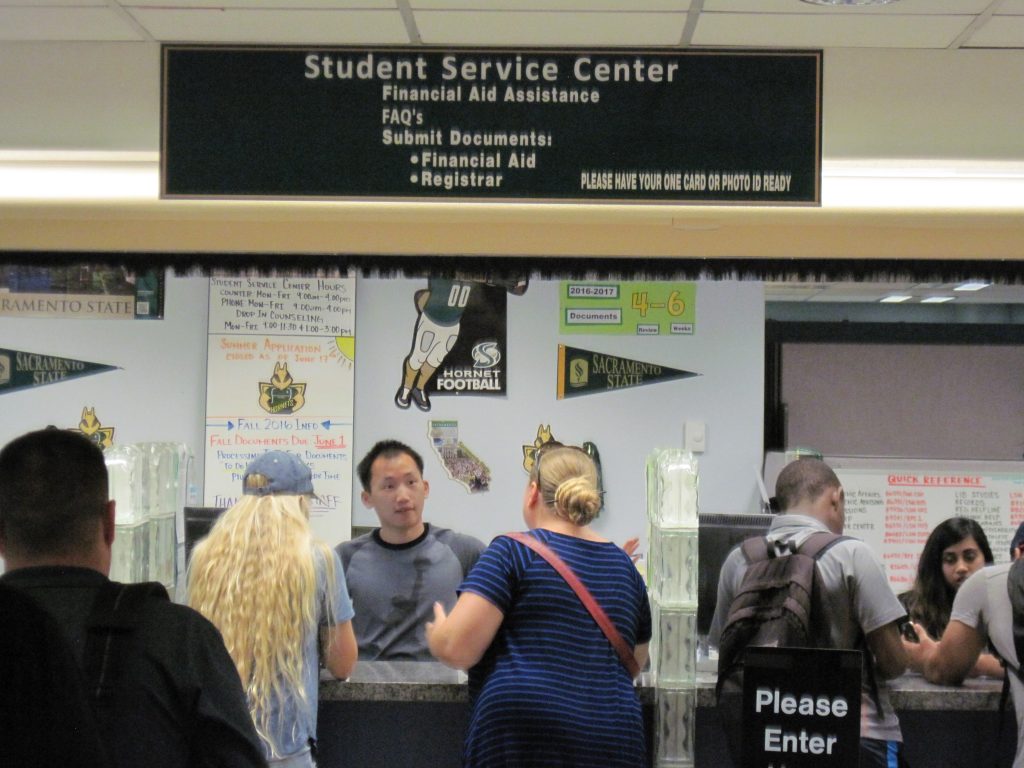 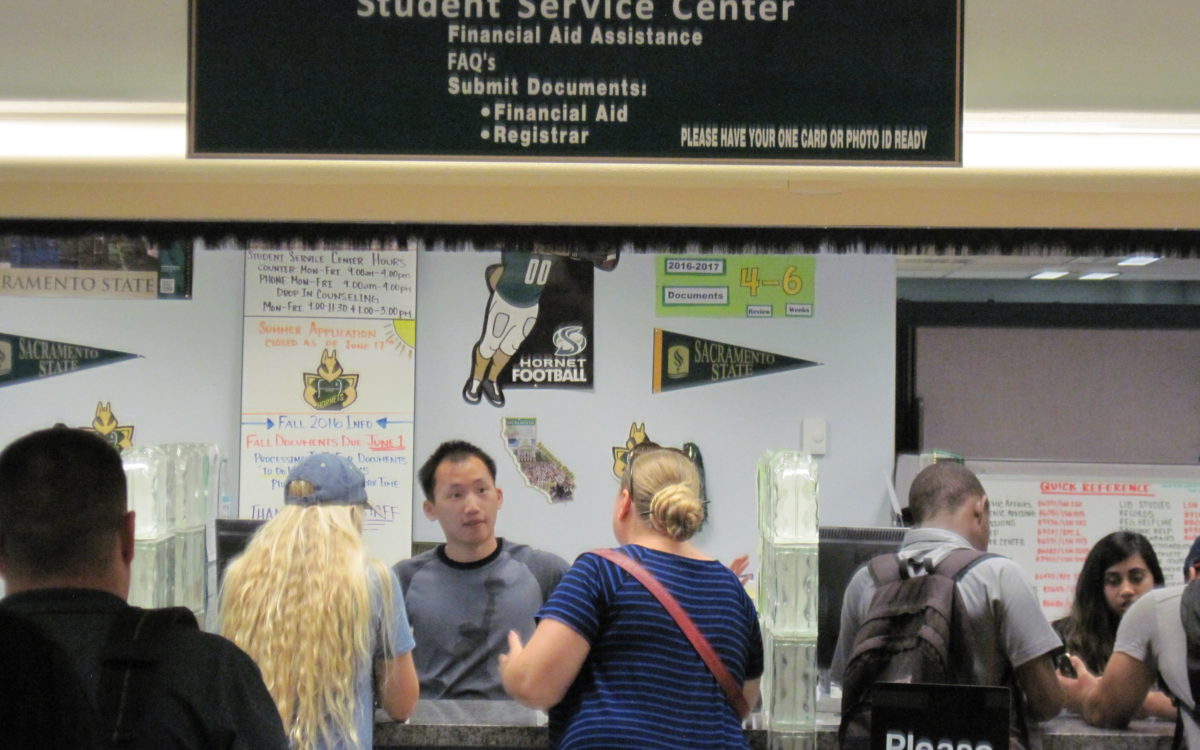 What does it really cost California students to attend college?

An ambitious new survey of about 100,000 students is about to attempt to answer that question, with a special emphasis on housing, food and transportation costs.

Reaching out to public and private schools across the state, it will be the first survey of such scope in a dozen years. And plenty has changed in the California real estate market since then, as students are quick to note.

The new study is sponsored by the California Student Aid Commission, the state agency that awards Cal Grants — the financial aid that usually covers tuition but not those other expenses. If the survey results show that costs are significantly higher than previously thought, more students could become eligible for aid and those already eligible could receive more state, federal and campus grants. Plus, officials say it might influence legislators to support increases in the sizes of those awards across the board.

“We know that living expenses are sometimes, often times, more than tuition and fees. So we want to get accurate information that is going to shed light on the reality of the cost of attendance,” said Lupita Cortez Alcalá, executive director of the Student Aid Commission. The study, she said, “will continue the conversation about how to best cover the cost of attendance for students.”

Various colleges and university systems such as the University of California have run their own studies and cost estimates. But the institutional and geographic sweep of the upcoming Student Expenses and Resources Survey (SEARS) is designed to encompass all of higher education around the state, administrators say.

Funded with at least $100,000 from the College Futures Foundation in San Francisco, the survey will include students from UC, California State University, community colleges, private not-for-profit colleges and private proprietary trade and career schools. As many as 380 campuses across many regions of California are expected to participate when the online and phone-app-friendly survey questions are sent out to students in March or April. The survey will be designed to take a representative sample of each type of school and various regions.

The commission’s current estimate says that average non-tuition costs for California college students living off campus this year is $19,386, including housing, food, transportation, supplies and some other items. Students complain that costs are actually higher in many parts of the state.

The upcoming survey is really a revival. It will restart the Student Expenses and Resources Survey that was conducted every three years from 1971 to 2006 but abandoned because of funding problems. Since 2006, the commission has estimated costs based on inflation, a method that administrators concede produces inaccurately low figures.

“Applying an inflationary adjustment to cost figures collected over a decade ago does not produce an accurate picture of the true costs that today’s college students are facing,” according to a commission document about the survey. “California’s housing crisis has made clear, to use one example, that housing-related costs have been increasing much faster than the rate of inflation.”

Details about the survey, including specific questions and what type of financial incentive or coupon might be offered to participants, remain to be worked out over the next two months. The last SEARS included questions about how far housing was from campus, the amount of students’ credit card debt, the details of food costs cooked at home and bought at school or restaurants, the costs of computers, recreation, hobbies and sports. Reflecting students’ current lifestyles, the upcoming one is likely to include more questions about the costs of cell phones, Internet services and other technology, officials said.

The survey will seek to find out differences in student housing costs in, for example, Chico, Berkeley, Bakersfield and San Diego, along with information about numbers of roommates and the size of the apartments and houses. It will also ask students about expenses for health care, child care and about their revenues, grants, loans, jobs and their support from families.

The UC system estimates that non-tuition costs total about $20,800 for an on-campus resident and about $17,700 for off-campus; that is in addition to the $13,900 average in mandatory tuition and systemwide and campus fees but before financial aid is awarded.

A UC study group in November released a report that called for increased grants to better cover living expenses and support for students to attend summer school classes, among other things. It also said that methods for estimating students’ costs needed to be improved.

Alcalá said she hoped the survey answers may sway state legislators and colleges to bolster financial aid awards. “It’s going to put pressures on institutions and the Legislature to provide more assistance for the total cost of attendance, not just for tuition and fees,” she said.

The nonprofit College Futures Foundation also hopes that the survey ultimately leads to increased financial aid to help more low-income and under-represented students enroll in and complete college, according to Kendall Guthrie, the foundation’s chief learning officer. “We are particularly interested in supporting the study for additional information for policy makers around the state to understand what students’ costs of attendance are and what kind of college aid is needed to complete their college degree,” she said.

Guthrie said she especially looked forward to the survey’s insights into students who are older than 24, their family situations and such costs as child care and transportation.

The foundation is providing the $100,000, and possibly more if need be, for the contract recently awarded to Mathematica Policy Research, a nonpartisan research organization with education expertise. Mathematica Policy Research will help develop the questionnaire, administer it and compile results. Commission staff and an advisory panel of education officials, students and policy experts are setting priorities, working on questions and overseeing the work.

While the goal of 100,000 or so respondents may seem enormous, that number is only about 3 percent of all the students enrolled in California higher education.

The survey’s revival is being applauded by various groups, including the student association across the 23-campus Cal State system and the Association of Independent California Colleges and Universities (AICCU), which represents 70 nonprofit institutions. Kristen Soares, president of the independent college association, said the results will help her member colleges prepare financial aid packages, help them seek additional gifts from donors and aid in lobbying the Legislature for larger Cal Grants.

“Keeping college affordable is tough but we need to address that,” Soares said.