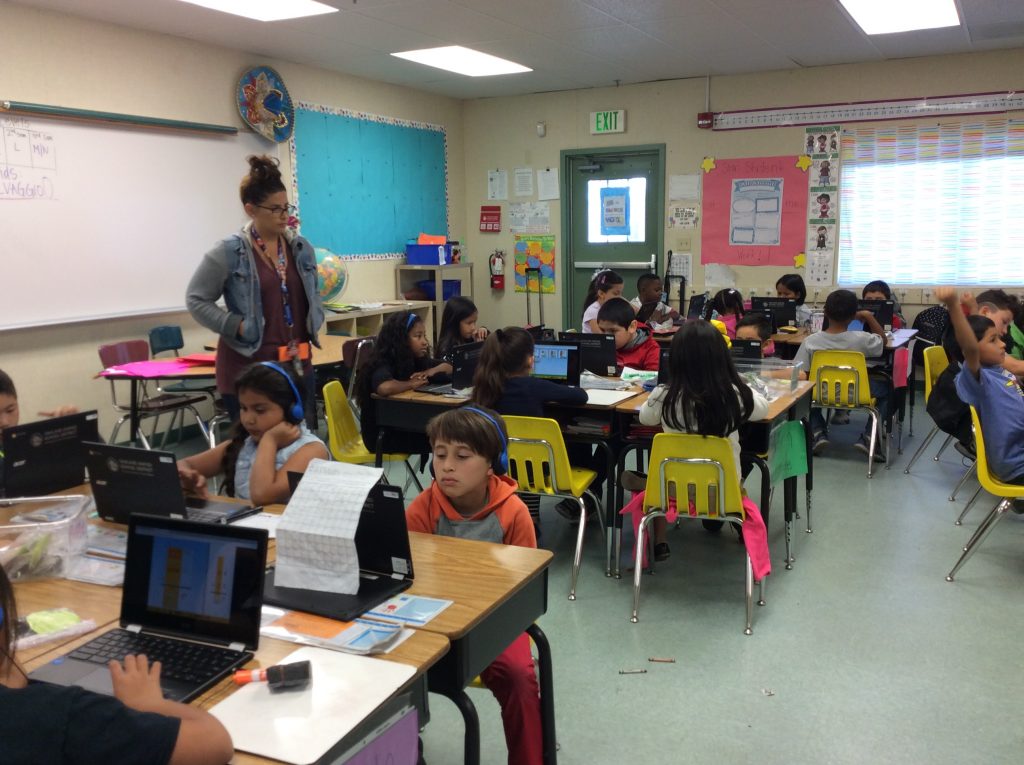 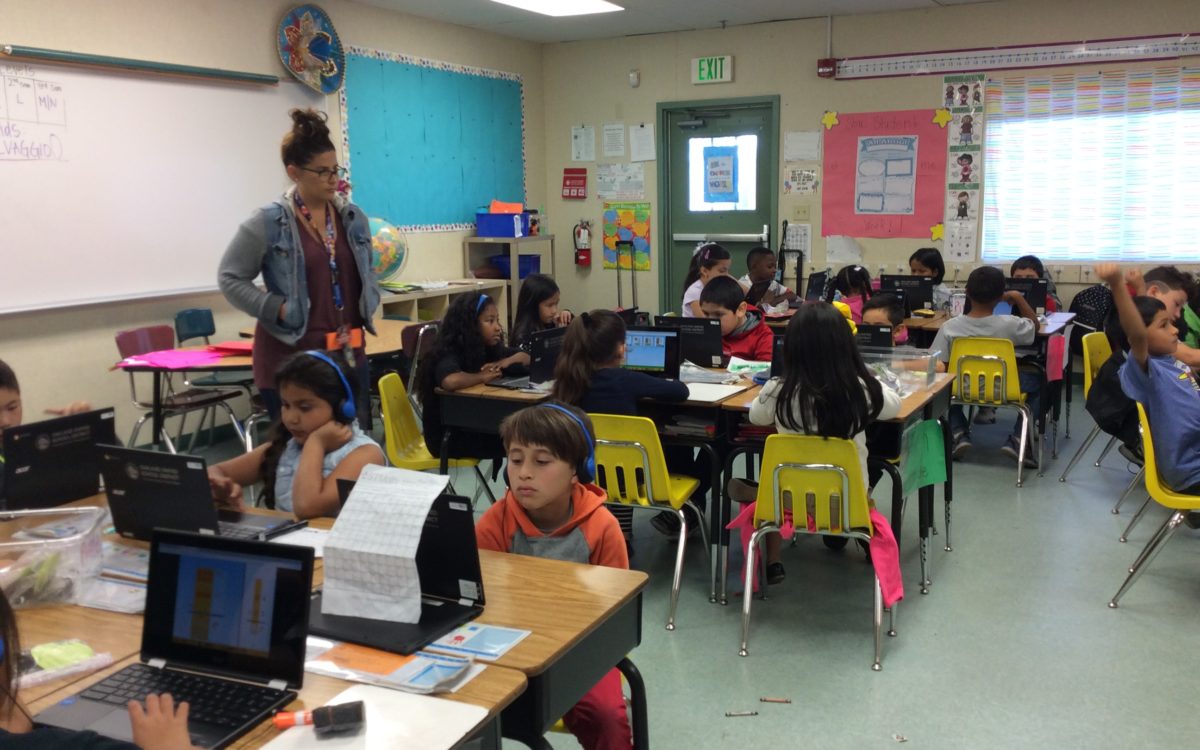 Third-graders’ relatively high scores on the statewide assessments, administered in the spring of 2017 and released last week, indicated that the Common Core standards — which those children have been learning since kindergarten — may be having a positive impact on math education.

Third-graders have shown steady improvement since 2015, when the Smarter Balanced test was first introduced. In 2015, 40 percent met or exceeded standards, and last year 46 percent did.

“We’re really seeing a shift in momentum, which is exciting to see,” said Mark Ellis, an education professor at Cal State Fullerton who specializes in math education. He noted that the change is not only reflected in the test scores, but in the enthusiasm he sees in teachers, administrators and parents.

“With millions of students and teachers in this country, we’re not going to see change happen overnight. But I am very optimistic,” he said. “We’re seeing teachers gaining confidence with the new standards, and students developing confidence about being mathematical thinkers.”

Common Core math focuses less on repetition and memorization, and more on abstract concepts, patterns and logic. At the elementary level, the curriculum moves relatively slowly, so students have months to master concepts such as fractions or multiplication before moving on to the next topic. That strong foundation in mathematical ideas is intended to help them better understand the more complex math they’ll encounter in high school.

But the scores are still far from what educators would like to see, Ellis said. For Common Core to succeed, teachers will need continued, ongoing training and support, and parents and students will need to change the way they think about math.

“We have to be honest with ourselves about the challenge of this shift in standards,” he said. “We shouldn’t get too caught up on how fast a student can answer a math problem, or if they have the right answer. It’s ultimately about students developing confidence as mathematical thinkers.”

Common Core is only part of the solution, said Patricia Swanson, an education professor at San Jose State University. Teacher training is important, she said, but so is more funding for low-performing schools.

“I’m hopeful overall, but too many children, at an early age, still decide they’re not good at math,” she said. “I love the new standards, but curriculum alone can’t give students that magic ‘aha!’ moment. A teacher does that. At the heart of all of it lies wonderful math classrooms and great teachers, and that’s what we need more of.”

Statewide, 62.45 percent of California’s 3rd-through-11th graders did not meet the math standard on the 2017 Smarter Balanced test, which is part of the California Assessment of Student Performance and Progress. That’s a drop of half a percentage point from last year.

The achievement gap remained nearly unchanged, as well. The percentages of African-American and Latino students meeting or exceeding the math standards inched up by 1.2 percentage points, to 19.02 and 25.2 percent, respectively. But both groups still trailed white and Asian students. Seventy-two percent of Asian students met or exceeded the standard, and 53 percent of white students did.

“We still have an awful lot of work to do regarding the achievement gap,” Swanson said. “It’s really an opportunity gap, and it’s intensified by segregation, language barriers, poverty, lack of resources.”

UC Davis education professor Megan Welsh, who specializes in assessments, said another glimmer of hope in the Smarter Balanced results lies in the mean, or average, scores for math. Mean scores for most groups, at all grade levels, rose at least a little, and in some cases significantly, even when taking into account the margin of error.

The “meets standards” designation includes a wide range of scores, and can mask significant improvements or declines, Welsh said. A better indicator of students’ progress is their actual test scores. African-American 6th-graders, for example, boosted their mean math score from 2474 in 2015, to 2499 in 2016 when they were 7th– graders. As 8th-graders in 2017 they reached 2515, for an overall increase of 41 points in three years.

“We want to see mean scores go up, because that means students are learning something,” Welsh said. “We make too much out of the ‘pass’ rates. What’s more important is whether the mean scores are going up over time.”

Andy Kotko, a 1st-grade teacher at Mather Heights Elementary in rural Sacramento County, said that regardless of standardized test scores, he sees the positive impact of Common Core. A former California Teacher of the Year, Kotko spends about an hour a day teaching math, usually in 15-minute increments so students don’t get bored. A typical day will see students writing their own word problems, learning about negative numbers with stackable plastic blocks, and finding different ways to count to 10.

“They love it because they can talk to each other, move around, play with blocks,” he said. “They’re having fun, and it gives them confidence.”

Prior to Common Core, Kotko suspected some students might have memorized the formulas but never really understood the concepts.

“I’m all for high expectations and accountability, but you have to master the fundamentals,” he said. “Test scores are a measure, but there’s a whole lot more to learning.”