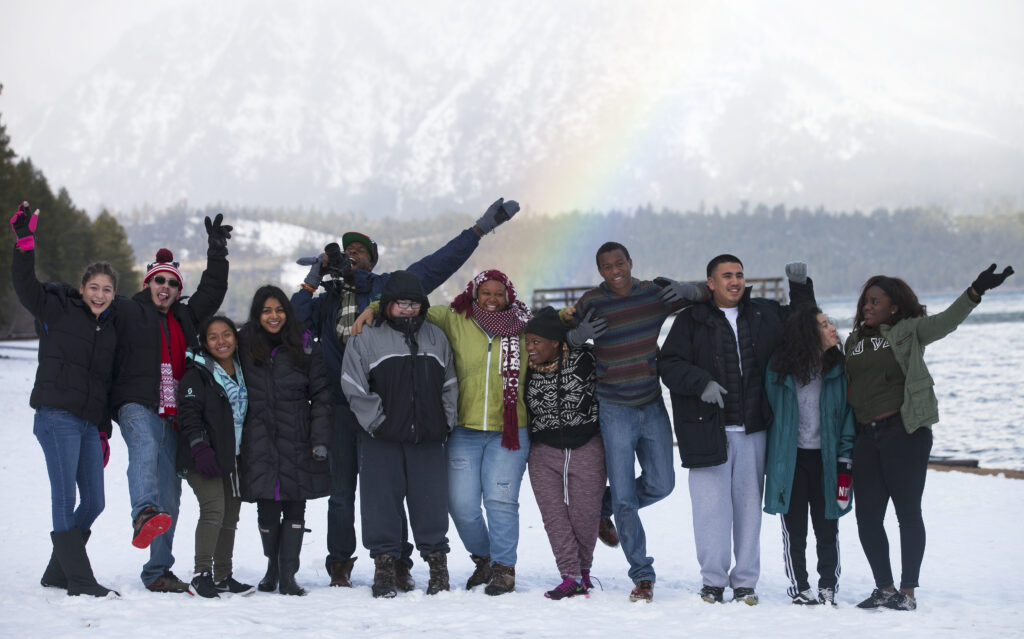 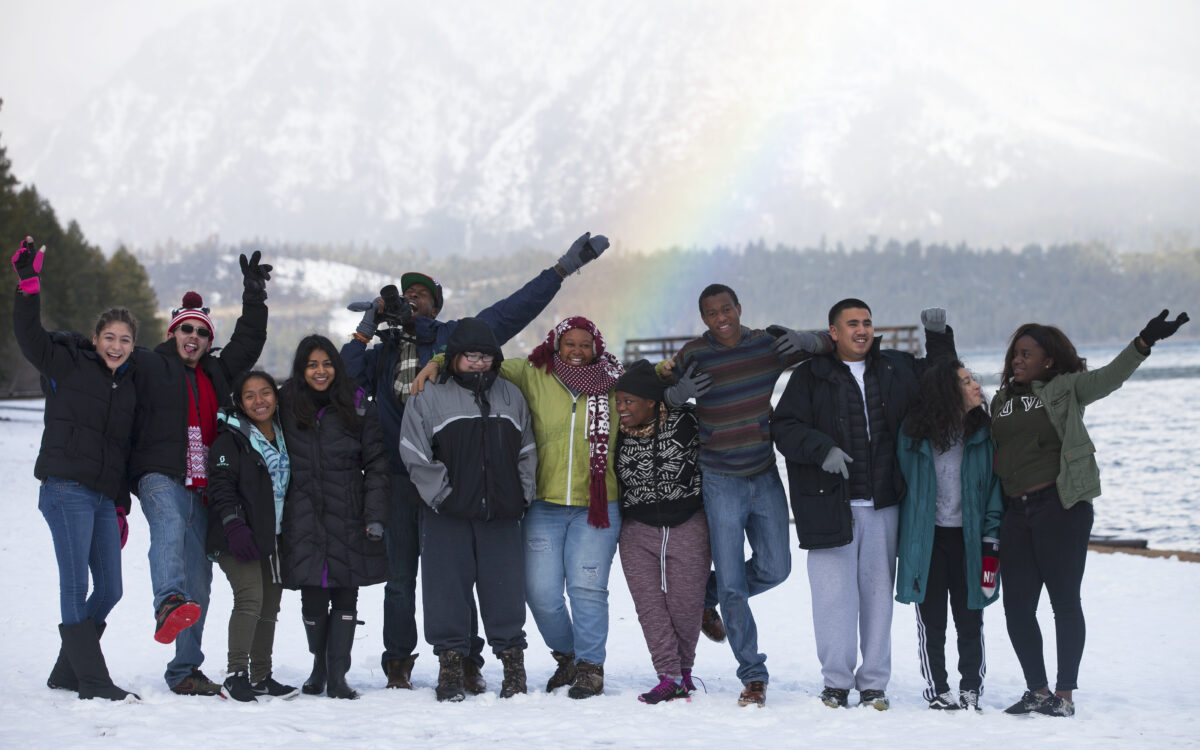 More than a dozen high school juniors in Oakland Unified are part of a new pilot program to allow low-income teens to study abroad. This month they will travel to Thailand, where they will spend 11 weeks learning about the culture from host families, calling on a Buddhist monk and visiting a national elephant park.

When they return, they will complete a “capstone” project comparing and contrasting cultures and communities in Thailand and Oakland.

The program allows students to learn through their experiences, making lessons that are aligned with the Common Core standards more relevant to them. Students are learning how to ask probing questions, gather evidence about what they’re seeing and hearing, discuss what they’re learning, and synthesize it, officials said. All of these skills are stressed in the Common Core English language arts and literacy standards.

The program was developed by a nonprofit educational organization called “Thrival Academies” in partnership with the Rustic Pathways travel abroad organization.

The teens are spending a year away from their regular high schools to participate in the program. They are keeping up with their 11th-grade coursework through online courses developed by the Summit Public Schools charter system, while enrolled for the year in the district’s MetWest High School independent study program in Oakland Unified.

“OUSD is committed to innovation, which involves creating new solutions to persistent challenges,” said Christine Chen, business manager for David Montes de Oca, senior deputy chief of continuous school improvement for the district. “The challenge of preparing all students to be college, career and community-ready remains a persistent challenge. So does providing engaging curriculum along the way. By exploring innovative program models like Thrival Academies, OUSD is taking responsibility to solving these persistent challenges so that every student – no matter their background, language, income or zip code – can thrive.”

Oakland Unified agreed to offer the program to up to 20 students this year as a pilot before deciding whether to continue or expand it next year, said Lucia Moritz, the district’s alternative programs director. The district was attracted to the idea of providing its students with a new program that involves “thinking out of the box,” she said.

“Students can be virtual (online) and still be participating in the school’s curriculum,” Moritz said. “They’re meeting all their high school requirements, plus getting some additional support and learning from what Thrival’s offering.”

It was offered to all students at four high schools who were working at grade level and caught up on credits, said Jignasha Pandya, Thrival’s director of academics and instruction. There is no minimum GPA requirement. District staff is monitoring students’ progress to ensure that they are completing all their required coursework, she added.

Oakland students said they jumped at the opportunity to join the program because their families couldn’t afford to pay for this kind of experience and they hope it will help their college applications stand out.

“I think it’s going to push us and make us want to try new things and it’s going to be challenging,” said Rob Ramos, 16. “Even though I’m not used to it or may not be comfortable, I want to go and explore.”

Oakland Unified is covering $100,000 of the program’s cost of up to $266,000 from its district funding earmarked for innovation. Oakland nonprofits are also contributing: $75,000 from the Educate78 nonprofit, which is focused on improving schools in the city, and $10,000 from the Rogers Family Foundation. NewSchools Venture Fund has contributed about $250,000 toward start-up costs for the organization, which will also help pay for program costs this year.

While Oakland is the first district to participate in Thrival’s program, The Mind Trust in Indianapolis, an education nonprofit that aims to improve schools in that city, has also awarded Emma Hiza, Thrival’s executive director, an Innovation School Fellowship to explore the idea of opening a travel–abroad school there in 2018-19.

Hiza and two other co-founders came up with the idea of offering travel abroad to underserved students about two-and-a-half years ago. They were motivated, she said, by a “vision to fully integrate global education in a deeply integrated and connected way as a means of achieving equity and access to these opportunities.”

They teamed up with Rustic Pathways and consulted the Big Picture Learning educational organization, which includes a network of campuses that offer internships and focus on self-directed learning for students. This led them to Oakland’s MetWest High because that school is part of the Big Picture network.

Thrival also plans to add some sort of internship or service learning component to its program for the Oakland students this spring, but is still working out the details.

Hiza and her colleagues chose Thailand from among 19 countries where Rustic Pathways operates because it had the facilities and infrastructure needed for an overseas study center, she said.

Program organizers and funders hope to expand it to 100 Oakland Unified students in the 2017-18 school year, if they can reach an agreement with the district, which would include additional funding from the district and the nonprofits. Hiza said she hopes to reduce the per-student costs long-term, but will need to supplement that with fundraising in the early years.

Their eventual goal is to set up a national network of academically rigorous highs schools offering overseas experiences to 50,000 students with per-student funding coming from districts.

“It’s a breakthrough model,” said Carolyn Gramstorff, director of Educate78’s School Design Lab. “It’s one of the most exciting schools or programs I know of, particularly for kids in Oakland.”

Her organization may contribute $1,000 per student next year if Thrival is able to secure a three-year commitment from the district.

Hiza anticipates future costs could go down to about $11,000 per student per year if the program grows significantly.

Oakland students said they’re excited to be pioneers in the program, which they realize may change their views about themselves, their community and the world.

“I just feel like it’s really important to travel and see different countries and see how people act and be able to compare and not just have one mindset about how things should be,” said 16-year-old Andres McDade.

Different religions and cultures fascinate him, he added, and he’s curious about how the Thai people’s values may vary from his own.

For many, this will be their first time outside the United States. To prepare, they have been taking shorter trips to places some have never been, such as Big Sur, and sharing new experiences that challenge them and bring them closer together.

“We went to Lake Tahoe and that was the first time I’ve seen snow,” said 16-year-old Enasia Mc-Elvaine, who came from McClymonds High in West Oakland.

Before their trip, students are setting personal goals and learning to be self-reflective about their interactions with each other, Pandya said. Understanding themselves and how they relate to others will prepare them to support each other through homesickness and other struggles, she added.

“This is going to help them be better learners all their lives, to be better co-workers and to fill 21st century jobs and meet their demands,” she said. “Folks who know how they learn, are critical thinkers and can respond to feedback are better able to take advantage of opportunities.”

Setting their own time-tables for completing their online lessons will also get them ready for juggling classes and other activities in college, she added.

To make the coursework more relevant to what they will see on their trip, Thrival has modified a few of the 11th-grade courses, which will require students to take as seniors some classes normally completed in the junior year.

For example, they are studying statistics for math and environmental science, since they will visit farms and may travel to a National Biodiversity Conservation Area in Laos. To make room for those courses, the students will take Algebra II and chemistry or physics next year, Pandya said.

Students’ Thailand unit on U.S. history will cover U.S. involvement in other world regions and its foreign policy since World War II, she added.

“The closest town to us in Thailand was built by the U.S. military during the Vietnam War,” Pandya said. “They will make real world connections, be it in Oakland or in Thailand.”

Alejandra Cueva, 16, said she wants to become a pediatric surgeon and do missionary work as an adult, so she is interested in visiting a country that has fewer opportunities and resources than the United States. She said she expects the trip to prompt her to evaluate her way of life.

“I think I’ll be more grateful for everything I have,” she said.

Although plans for 2017-18 are still up in the air, Hiza said she’s optimistic that the program will succeed.

Gramstorff said it’s important for low-income students to have the same opportunities as those whose parents can “buy” travel abroad experiences.

“I think particularly where we are right now as a world, a country, and a society,” she said, “the idea of cross-cultural humility and understanding has never been more important.”