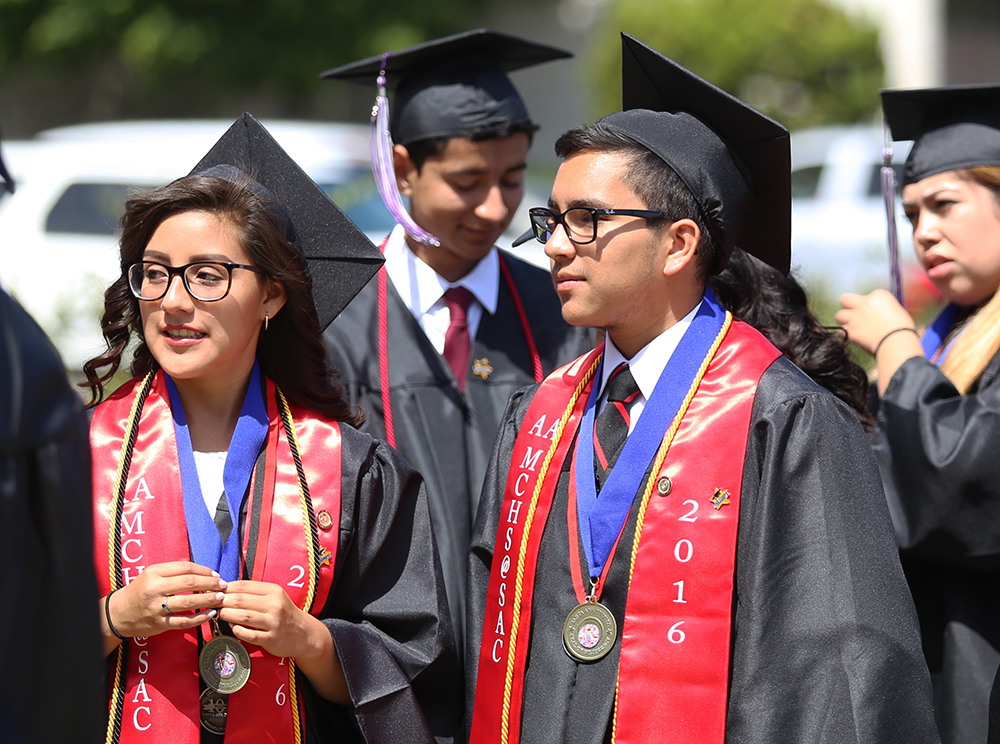 California education officials last week bragged about the seventh consecutive year of improvement in the statewide high school graduation rate, which reached 83.2 percent for the class of 2016.  That was 0.9 percentage point above the previous year. However, behind that omnibus number is a world of variety, both among ethnic groups, school districts and individual high schools.

EdSource has created a database that families and educators can use to look up how well their districts and schools are doing in getting students their diplomas within four years. They can also search for dropout rates and measurements of how many students are taking more than four years to finish high school.

Here is the link to search district by district.

It is no surprise that school districts in affluent communities generally do better. Palos Verdes Peninsula Unified School District, in a beach side portion of Los Angeles County, recorded a 98.6 percent graduation rate and Silicon Valley’s Palo Alto Unified hit 94.9. In contrast, the urban Los Angeles Unified District, which serves many low income students, showed a 77 percent graduation rate, and the similar Oakland Unified had 64.9 percent.

Use this link to research individual high schools.

Across the state, 149 schools report 100 percent graduation rates, including such campuses as Shasta High in Shasta Union High School District and South Hills High in Covina-Valley Unified in Los Angeles County. And many, of course, fell far short, especially some continuation and detention-based schools that deal with a population of troubled youth.

The increases in the statewide and local graduation rates in recent years have been attributed to education funding boosts that helped decrease class size and expand career-technical classes. Another factor is in play as well: the suspension of the high school exit exam last year.