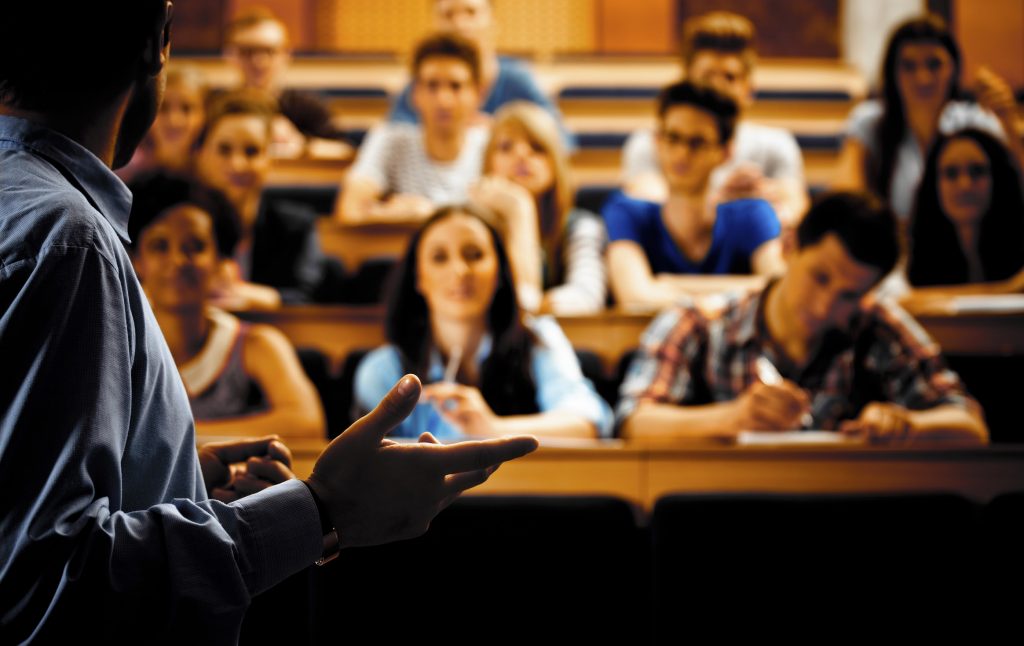 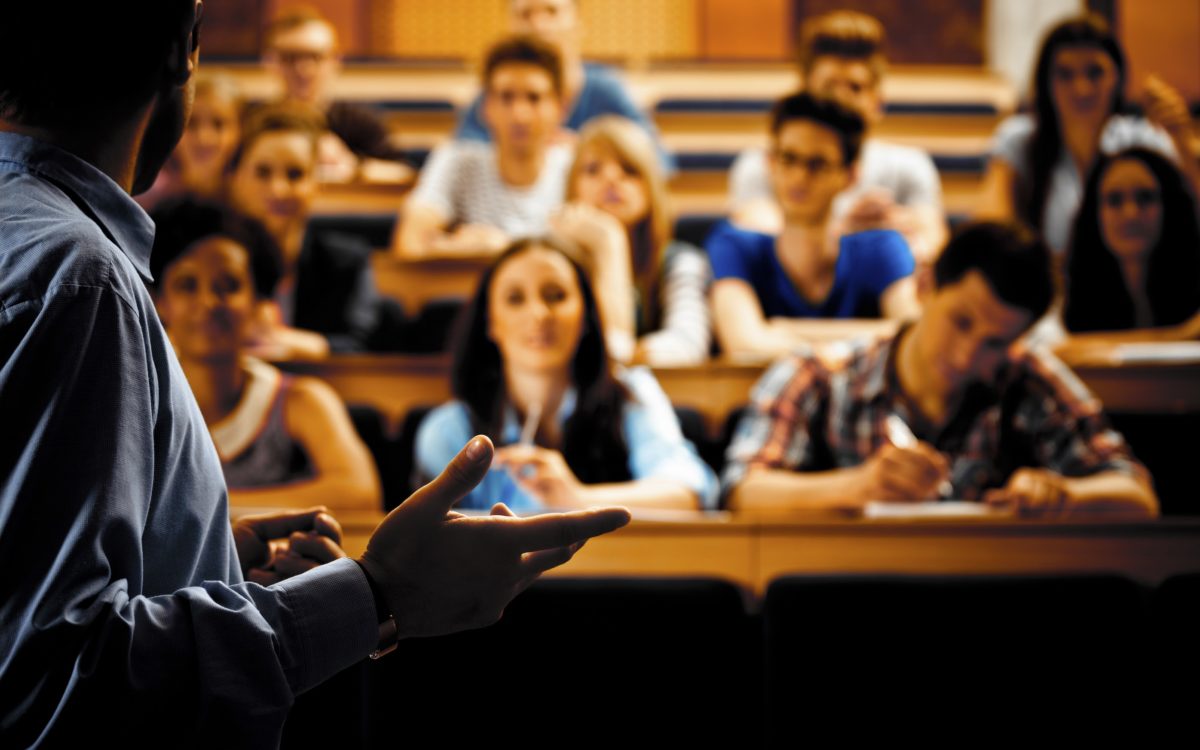 Four out of five California community college students must take a remedial math or English class at some point in their college career. For some, that’s largely repeating what they already learned in high school.

But under a proposed bill headed to the governor’s desk that passed unanimously Thursday in the state Legislature, many more students may soon avoid that path.

Assembly Bill 705 would require community colleges to consider high school GPA or coursework as part of the menu of tools they use to determine whether a student is ready for college-level math and English classes — abandoning a reliance on standardized tests that critics say has trapped thousands in remediation and can derail their chances of earning a college degree.

It would also prohibit colleges from placing students in remedial courses unless evaluations that include high school work show that those students “are highly unlikely” to succeed in college-level math and English courses.

The proposed law’s main goal is to “maximize the probability that the student will enter and complete transfer-level coursework in English and mathematics” within a year, according to the legislation’s language, which was written by Assemblymember Jacqui Irwin (D-Thousand Oaks).

The bill is consistent with recommendations in the Vision for Success report issued this spring by Eloy Ortiz Oakley, the chancellor of the California Community Colleges who backs the bill.

Oakley said the legislation will help give reforms currently underway at the community college system more teeth. “Many of our colleges have embraced an evidence-based multiple measures approach to placement, but across our system progress has been slow,” said Oakley. “AB 705 calls on the California Community Colleges to enact the statewide reforms that will provide every student a strong start on their path to a certificate or degree.”

Unlike the CSU and UC systems, the community colleges are run by locally elected boards of trustees. The statewide Board of Governors, whose members are appointed by Gov. Brown, has limited powers to impose reforms throughout the system.

Jessie Ryan, executive vice president of the Campaign for College Opportunity, a key supporter of the bill, said she expects that Gov. Brown will sign the bill. “We’ve been in conversations with the governor’s office and based on those positive conversations, we feel hopeful AB 705 will be signed.”

Irwin’s bill is a response to growing concern among scholars in the state and nationwide who say both the way students are placed in remedial courses — a standardized test at the start of the school year at the expense of years of high school grades — and the design of the courses themselves are unfair.

“We know the system is not working,” Irwin said about remedial courses, which cost money and are required before students can enter the college-level courses that are needed for graduation or transfer to a Cal State, UC or other four-year college.

AB 705’s language could also prompt community colleges to move away from the typical structure of remedial courses and toward one where students in need of extra help are placed in college-level classes with concurrent additional academic supports — a model known as co-requisite classes. The potential overhaul is similar to a major policy change announced at the California State University system this summer and designed to expedite the path to a degree or certificate. Students placed in remediation sometimes need to spend three semesters passing these courses before they are deemed ready for college-level math or English — slowing them down and hurting morale.

According to a 2016 report of the Public Police Institute of California (PPIC), students placed in remedial courses are less likely to pass subsequent college-level math or English courses and move onto a degree.

That hurts not only students but the state’s economic competitiveness, as California needs 1.1 million more bachelor’s earners by 2030 to remain competitive economically, according to another PPIC report.

Some academics have worried in the past that the co-requisite model may not be enough to bring the most academically behind students up to speed. And a 2016 Columbia University review warned that researchers are still unsure about what makes a co-requisite model effective and why some students don’t benefit from it. AB 705’s language gives colleges flexibility, saying such courses should be made available to students only if their multiple-measure placement results show they can catch up on math or English skills using the expedited approach.

While California’s community colleges are required to use multiple measures, most colleges apply them only in limited scope. “Nothing specifies how we use them,” said Katie Hern, English instructor at Chabot College and co-founder of the California Acceleration Project, which has advocated for multiple measures and reforms to remedial education.

“Multiple measures in the past hasn’t necessarily even meant that we would really think about high school grades,” she said.

The law’s passage would link California’s community colleges more closely to placement and remedial education reforms happening inside and outside the state. For example, according to a report set to come out this month co-written by Hern, Cuyamaca College near San Diego adopted the reforms spelled out in AB 705 for its math program. The results show that using high school grades for placement and enrolling students in college-level math with additional support instead of traditional remedial classes increased the percentage of students passing a college-level course within a year from 10 percent to 67 percent.

“When you think about it, it makes sense,” said the college’s chair of the math department in the report. “Success in past coursework is a much better predictor of success in future coursework than any one-time, high-stakes test could ever be.”

Long Beach City College rolled out its multiple measures placement tool in the fall of 2012 as part of a broader effort to ensure more students earn degrees and transfer to a four-year university. And more California community colleges have been shifting to a multiple measures template under the Multiple Measures Assessment Project, in which 86 campuses are participating. Other schools across the country use a hybrid approach, taking into account placement tests, college entrance exams and student high school records, or deferring to high school grades alone if the student’s GPA is high enough (see page 7 of this report).

A sizeable chunk of the community college system’s roughly $8.6 billion annual budget has gone toward improving its remedial education. The state spent $90 million the past two years on a grant program for colleges to enroll more students directly into college-level courses. Since 2007-08, the state has also provided at least $20 million annually for the Basic Skills Initiative to improve remedial instruction, with funding scheduled to increase to $50 million in 2017-18.

Those investments coincided with an uptick in the percentage of students who within six years completed a remedial math or English course and then passed a college-level course between 2012-13 and 2015-16 — from 42.8 percent to 46.9 percent in English and from 29.9 percent to 34.2 percent in math — according to the California Community Colleges Student Success Scorecard.