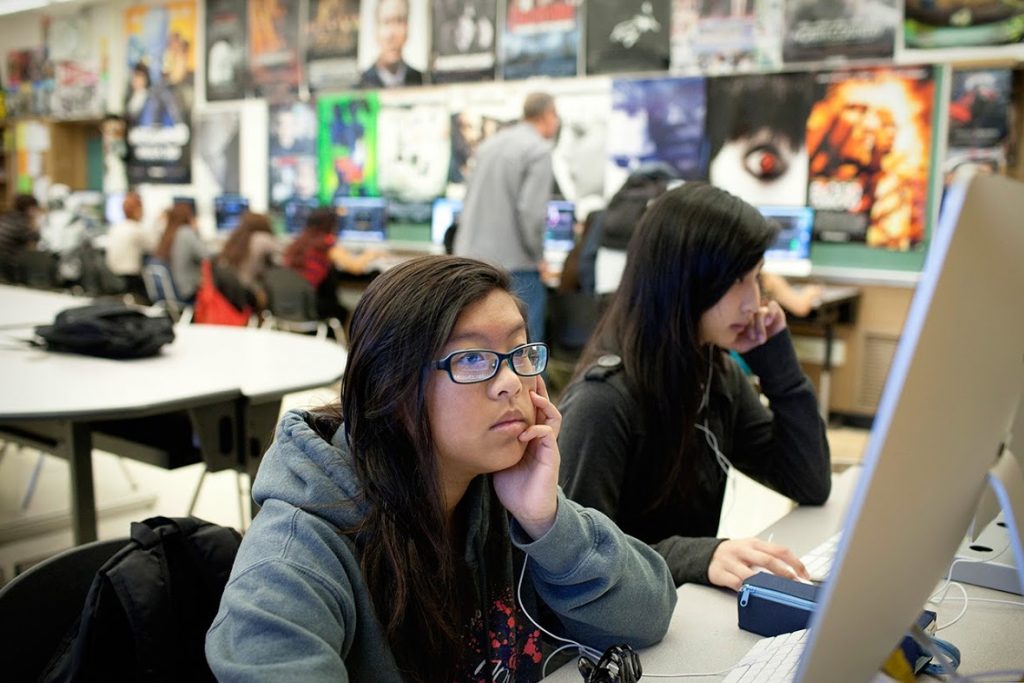 Over the past several weeks, California students in record numbers have been taking once controversial standardized tests aligned with the Common Core. For the most part, the administration of the tests has gone smoothly, although some districts have experienced glitches as student test-takers pushed the state’s online system to the limit.

At the peak of testing on May 9, nearly 500,000 students sat at desk tops, laptops and tablets to take the online tests. While some experienced delays, the testing volume reflected a statewide upgrading of school district computer equipment and Internet capabilities. By the end of the testing period in July, over 3 million students will have taken the Smarter Balanced tests.

This is the third year that students in the grades 3-8, as well as 11th-graders, have taken the full battery of tests based on new Common Core standards in math and English language arts created by the Smarter Balanced Assessment Consortium. The tests can take up six hours to complete for students in grades 3-5, six-and-a-half hours for students in grades 6-8 and seven-and-a-half hours for 11th-graders. However, there is no time limit on the tests which are part of the California Assessment of Student Performance and Progress, known as CAASPP.

The system also includes new pilot tests administered to students in grades 5, 8 and one year of high school based on the Next Generation Science Standards, or NGSS, adopted in 2013.

Results from this year are expected to show upward trends, as test-takers and school districts have become more familiar with them and have transitioned to the new standards.

Although the more rigorous Common Core-aligned curriculum and accompanying tests have been controversial in other parts of the country, opposition has been relatively insignificant in California and has been more focused on the tests than on the standards. Less than 1 percent of parents opted out of testing for their children last year and much of that came from affluent districts where some parents and their teens were concerned that the tests were taking students’ time away from preparing for the SAT or Advanced Placement exams that have a more direct bearing on their college applications.

As of May 25, 1,845 school districts, charter schools and county offices of education had started testing, out of about 1,900 expected to complete the assessments.

“We’re in the third year of administering these state-of-the-art assessments, and the capacity of our system and our schools to efficiently administer these tests increases every year,” said State Superintendent of Public Instruction Tom Torlakson in a prepared statement. “Our students and families are the ultimate winners here. The information from these tests will help our schools refine their teaching, improve learning, and better prepare our students for success.”

Because of its size, California has faced greater challenges than some other states in designing an online system to handle millions of test takers. School officials say California increased the capacity of the system to be able to handle up to 640,000 test takers at any one time after it became overloaded at the beginning of the month. On May 9, a record 495,463 students signed on to the system at the same time — more than the total public school enrollments in each of 20 other states.

Officials from the six districts and the Aspire charter school network around the state being followed by EdSource on their Common Core implementation mostly echoed Torlakson’s optimistic view of testing this year. Those in the Fresno, San Jose and Visalia districts said they didn’t have any problems, while those in the Elk Grove, Garden Grove and Santa Ana districts and Aspire Public Schools noted some issues with the state’s online network.

Elk Grove Unified “experienced two widespread testing challenges in the district due to technical difficulties with (testing contractor Educational Testing Service) ETS on April 21 and May 2,” said district spokeswoman Xanthi Pinkerton, in an email. “The April incident affected student ability to log in to the test sessions, while the May incident inhibited the ability of teachers to create the test sessions.”

Although these “mild interruptions” required some schools to change their test schedules, “they did not substantially impede the ability to test overall,” she added.

Will Georges, a data analyst for Aspire, said many testing coordinators from schools and districts at a statewide training on May 2 reported that students had trouble accessing the online site that day.

“It was about a 45-minute outage,” Georges said.

“Testing has been going very well overall,” Tira said. “We have the most capacity we’ve ever had. The system can accommodate 640,000 concurrent users.”

Testing can continue through the last day of school or July 17, whichever comes first. Parents should start receiving hard copies of  student score reports  in June through the mail.

Tira said the later release will include alternative tests in English language arts and math taken by students with special needs.

Michelle Center, director of the California Department of Education’s assessment development and administration division, told the state Board of Education on May 10 that the system became overloaded at the beginning of the month, but the problems have since been fixed.

“Our numbers stretched beyond what we originally anticipated,” she said. “Our contractor added capacity to our systems immediately.”

By May 9, the system was able to accommodate a record of 495,463 students logging in at the same time, but some experienced delays.

“We expected a capacity of 500,000,” Tira said. “To ensure the system protects itself from overload, it is built to restrict new logins before it hits its intended capacity. It only had to do that for approximately 20 minutes.” 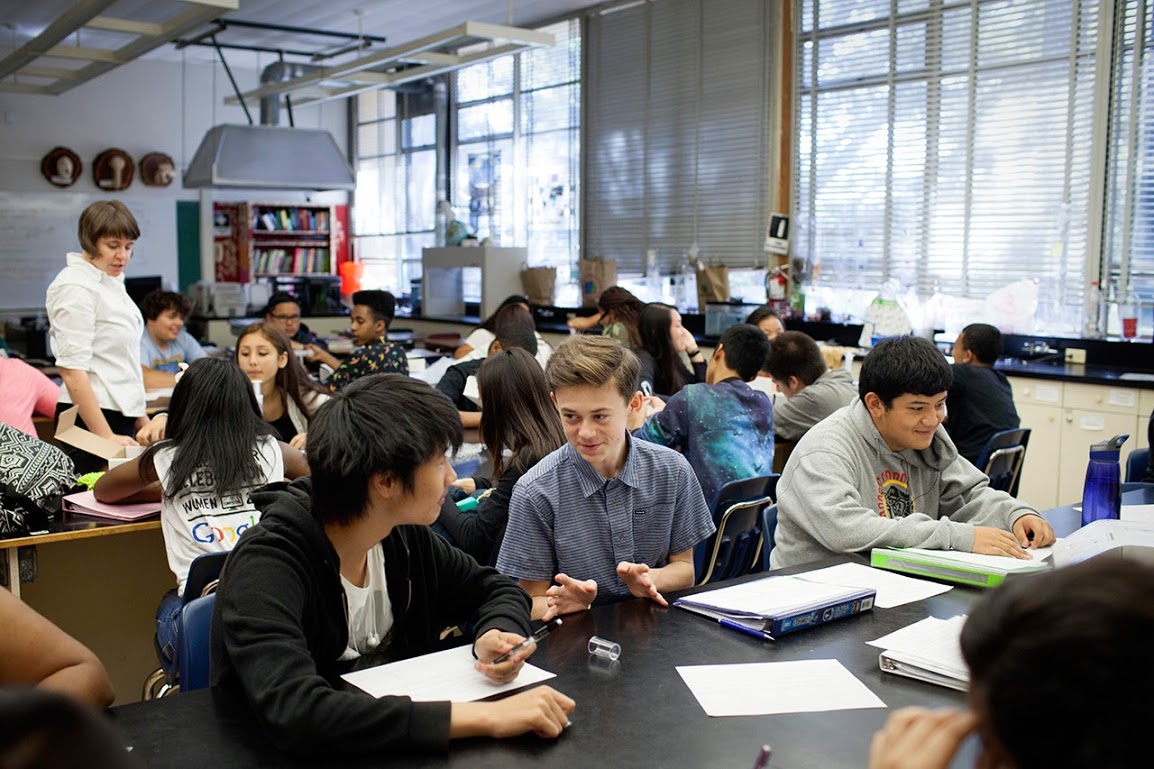 Although the high testing volumes at the beginning of the month prevented some students from logging into the test system, Tira said “the 20-minute delay was really a non-issue.”

“The system stayed up and did as it was designed to do,” he said. “Schools and districts have invested in the technology and infrastructure to a point that they can now test more students concurrently. That is great news!”

The state decided to take down optional practice tests, training tests and interim assessments for a few hours each day during the first week of May “to ensure the necessary bandwidth” for the end-of-year tests, he added.

“Some users got a message indicating that the servers were busy that week and they had to wait for about 10 minutes to start testing,” he said.

David Haglund, deputy superintendent of Santa Ana Unified said that while there were fewer network failures than in the past, those that did occur caused some frustration to students.

“Anytime you’re in the middle of taking a test and the little (icon) starts to spin and you get a message that says, ‘Page cannot be displayed’ – for kids that have had that previous experience – they think, ‘Oh, no, here we go again,’” he said. “They log in and anticipate getting kicked out again. So, they’re not thinking about the test as much as they should.”

According to the ETS contract, about 99.9 percent of California schools administer the tests online.

Fewer than 200 paper and pencil versions of the tests have been given this year for technology reasons, Tira said. Additional paper and pencil tests were administered for special circumstances including Braille or in a large-print format for visually impaired students.

Officials in all six districts and Aspire charter schools followed by EdSource said they have the Internet and computer capacity they need to administer the tests. The capacity was expanded for the testing and to meet the academic demands for computers and other devices.

“Initially, test administrators were concerned at the prospect of adding another new grade of testing at high school with the 10th grade science pilot, but recent reports show that our high schools have high completion rates,” said Elk Grove’s Pinkerton. “We installed wireless in every room in preparation for this testing a few years ago. Bandwidth has been increased across the district, but not necessarily because of testing.”

Fresno Unified expanded bandwidth over the last few years “because of our recognition that there are just more and more devices out there at all times, including things like kids having their cell phones connected to the nodes we have,” said Dave Calhoun, executive director for research, evaluation and assessments.

District officials said the experience with the tests that staff and students have gained over the past two years helped make testing easier this year.

John Ericson, director of assessments for the Aspire network of 35 charter schools in California, said about 27 of the schools purchased typing programs to give students more practice on keyboarding and that 18 schools use “blended learning” instructional strategies that rely more heavily on computer-based programs than traditional instruction. The network found a correlation between students using one of the typing programs and higher test scores, he said.

Todd Oto, superintendent of Visalia Unified, said a larger testing window allowed by the state this year enabled his schools to integrate assessments into their schedules more easily.

“It’s not like we have to go, go, go and then stop,” he said. “It’s allowed us to schedule it more logically.”

The state board on May 10 approved a $1.5 million payment to its testing vendor, ETS to help pay for teacher training in science. The change came in response to teachers who said they found the new science standards challenging to implement. The addendum increases the state’s payment to the vendor to nearly $77.3 million for  the 2017-18 school year for administering the online testing site, mailing student score reports to districts after schools finish testing and facilitating the release of online scores, among other responsibilities.