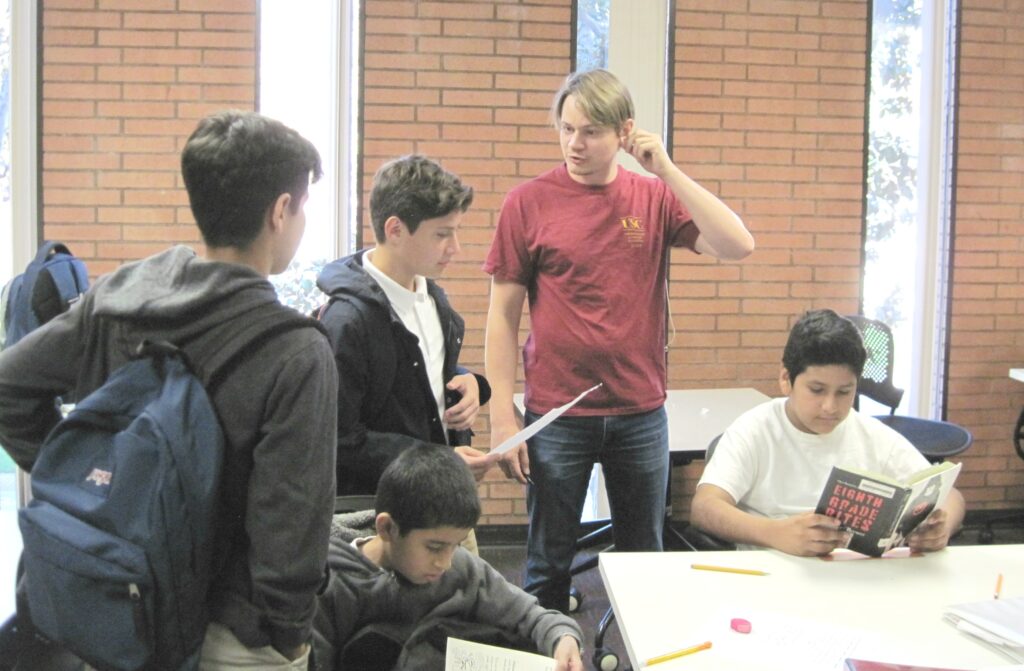 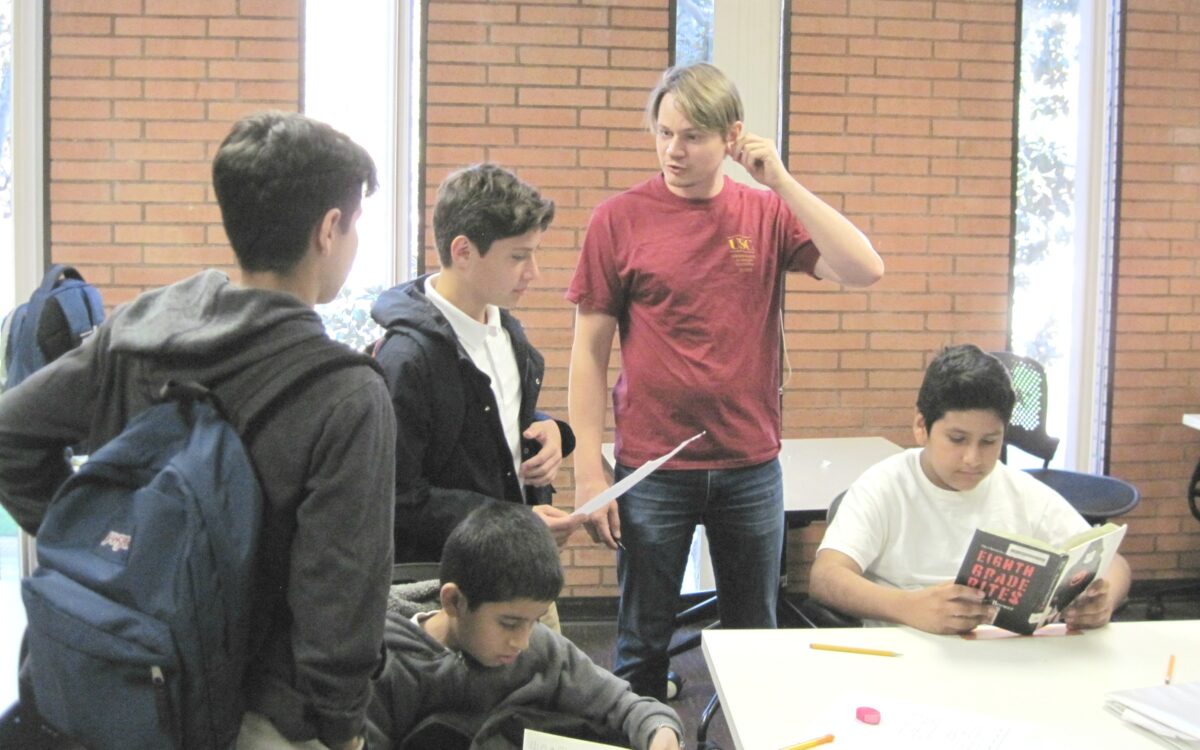 A persistent gender gap is troubling many community and school-based programs in California that seek to move low-income, first-generation and African-American and Latino high school students onto a path to college.

That gender disparity has led to an intensified effort by college readiness programs across the state to recruit more boys and young men – particularly African-Americans and Latinos. But officials say change won’t be easy.

Overall, the goal is to make college preparation more appealing to male high school students. In some cases, that means setting up after-school and weekend classes or discussion groups solely for young men, lowering the grade point averages boys need to receive some privately funded scholarships to attend college, and trying to schedule SAT prep and other events to not conflict with sports teams practices and games.

The male-female disparity is “tough to crack,” said Stephanie Campbell, executive director of Bright Prospect, a college readiness program in Pomona, where two-thirds of participants are girls. Among steps to boost male enrollment, her organization is hiring more young men as staffers and is building relationships with high school coaches so they excuse athletes from some practices to work on college applications.

Experts attribute that gap to social, school-related and economic causes. To start with, young African-American and Latino men show higher dropout rates during high school than young women. In some cases, the timing of programs conflicts with high school sports and after-school jobs. And some young men perceive college readiness efforts as “nerdy,” participants say.

Girls and young women on average comprise 65 percent of the enrollment in many college entrance and persistence programs that are part of the Southern California College Access Network consortium, according to Alison De Lucca, the network’s executive director. Those programs, some during or after school hours and some during summers, help get high school students ready for college and later link them to mentors at colleges to help prevent them from dropping out.

Boosting the numbers of male participants is now “a priority issue,” De Lucca said. A good start is having male program alumni who graduated from college serve as mentors, she said.

Young men in the programs say it can be difficult to get friends to join them.

Justin Escoto, a senior at San Pedro High and a member of the College Bound program at the Boys & Girls Club in San Pedro, is applying to several University of California campuses. He said some young men are more interested in sports than the future.

“They are just living in the present,” he said. “You have to open your mind up and realize you can’t always live like this. You’ve got to get an education and move forward in your life.”

His friend, Leo Gamboa, a junior at San Pedro High, said that many male classmates want jobs after high school on docks in the nearby Los Angeles Harbor and don’t see the long-term benefits of college that he does. And, he added, some “might feel they are too cool” for college-prep programs.

Many young men “are just living in the present. You have to open your mind up and realize you can’t always live like this. You’ve got to get an education,” said San Pedro High student Justin Escoto.

That gender gap has been “a longstanding problem,” especially with young African-Americans and Latinos, according to professor Shaun Harper, executive director of the University of Pennsylvania’s Center for the Study of Race and Equity in Education. “It affects whether people go to college and ultimately plays itself out in the (degree) attainment outcome,” said Harper, who has researched the challenges low-income African-American and Latino men face in college enrollment.

Harper and other experts point to research showing that boys learn better with group projects and when they are allowed to move around in classrooms. Harper favors college readiness programs “specially crafted” for boys, perhaps alternating sports with SAT practice.

Some programs have moved in that direction. Teens Exploring Technology, a Los Angeles program, offers after-school and summer academies on coding and digital arts – just for boys. Its leaders say that encourages young Latino and African-American men to study and work in technology and science.

The Fulfillment Fund, which provides college application and enrollment support to low-income students in Los Angeles and Las Vegas, is co-educational but established all-male “Men in Training” groups, where participants discuss men’s roles in society. The fund recently brought 55 Latino and African-American male students from Los Angeles schools to a UCLA symposium about college opportunities for men of color. Current UCLA students talked about their own struggles to succeed at UC.

The goal is to change a culture in which “boys are outcasted for doing their school work, who get joked on for that,” said Justin Mendez, an adviser with the Fulfillment Fund. The organization also seeks to help high school boys get past their “illusion of grandeur” about paychecks after high school and see, instead, “the payout of a college education.”

Irving Santiago, an 11th-grader at L.A. Unified’s Hamilton High School, attended the UCLA event. In the past, he was “kind of lost about college: maybe I would, maybe I won’t,” he said. But Men in Training “got me in a different mindset. Now I see the advantages of college more,” he said.

The gender imbalance starts with the high male dropout rate in Oakland and then continues with money pressures. For many young men, he said, “being the breadwinner and helping the family is a priority. College is not a priority for them.”

Attention to gender is also apparent at the University of Southern California’s Neighborhood Academic Initiative, which works with area schools to get students college-ready and offers full USC scholarships to some.

The program separates middle-school boys and girls in English and math enrichment courses on Saturday mornings. Taught by male teachers who try to become mentors, the boys often work in small groups and can move around. Lecturing by teachers is limited to no more than 15 minutes each without a break, a schedule designed to help boys digest information better. That has resulted in rising male scores on in-house exams on SAT-level vocabulary words, according to Kim Thomas-Barrios, USC’s executive director of Educational Partnerships, who oversees the initiative. “We made our program more relevant to the way male brains learn best,” she said.

Still, during high school, when enrichment classes are fully integrated after 9th grade, girls outnumber boys by around 55 percent to 45 percent, she said.

At a Saturday morning session at USC, English teacher Gar Haywood, who also writes crime novels, watched over his all-male class during a vocabulary quiz. With an air of friendly authority, he showed the knack for quickly settling down a room of jumpy boys. At their age, he said, being separate from girls “definitely helps them focus.”