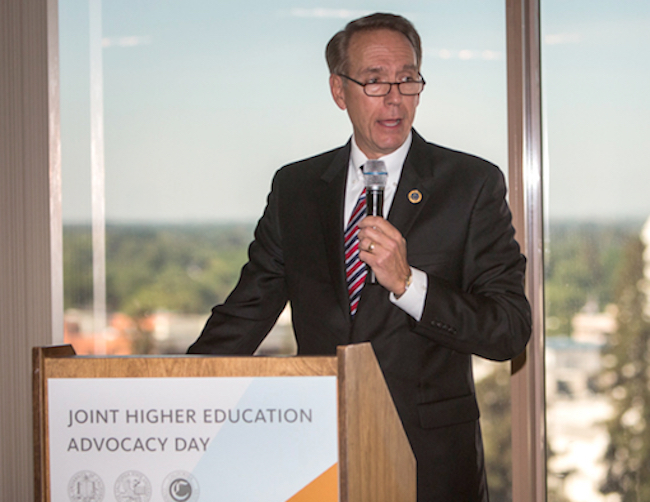 His time at the helm was marked by a partial recovery from brutal budget cuts and enrollment declines and by the controversy over the possible loss of accreditation and threatened closure at financially mismanaged City College of San Francisco. He helped implement programs making it easier for community college students to transfer to bachelor-degree-granting schools, and he pushed improvements in remedial and vocational education.

In a recent conversation with EdSource, Harris took a look back and a look forward. Some responses were edited for clarity.

EdSource: The community college system is so decentralized. Your job doesn’t seem to have the authority that the UC or Cal State leaders have. Do you think the system should be so loose and should the job be changed to get more authority?

Brice Harris: I do agree with your analysis, but I don’t agree it ought to be changed. The difference is that UC has 10 universities and CSU a couple of dozen. When you have a system as huge as this one is and as diverse as it is, it is unreasonable to have a lot of authority in a single location or a single board. The bifurcated system we have, which is really as much a confederation as a system, really makes a lot of sense … It requires a certain amount of finesse in this office because you do lead in many cases by setting goals and examples and less by edict. But I’m not sure if you centralized authority, you’d have much more ability to influence the local level than we do now.

President Obama recently proposed making two years of community college free. Does it have any chance to be adopted in California?

California had free colleges until the ‘80s, and a lot of us would agree that low- or no-cost access to a fabulous higher education made a ton of sense in California. And when you look at what’s happened since then, no one is happy that the state has initiated fees at the community colleges and allowed fees to go higher and  higher at the university system … I don’t know that we will ever see a return to free community college in California or across the country. But what never should be overlooked is that no other state in this country comes even close to the financial accessibility in California with our fee waiver program (for low income students) … I think the greater cost challenge for students in California is not the $46 a credit fee; it is the cost of living in this state, transportation and textbooks. That’s where our economically disadvantaged students are most challenged because the vast majority already has their fees waived.

There are a lot of efforts to improve transfer rates to four-year schools and make it easier for students to follow pathways of prescribed courses. But not a flood of students are doing that. How do you think it can be improved?

It’s pretty dramatic, though. In the first year, 800 students took advantage of the new pathways (that streamline transfer to Cal States), then 5,000, then 11,000, and 21,000 last year. The trends are skyrocketing. I think if we go forward five or 10 years, we are probably going to see the vast majority of students matriculating to the California State University using these transfer pathways … The challenge we face is making students aware of the degrees … And the greatest challenge the state is going to face is building up these transfer expectations and not being able to fund the university systems to take all the students who are prepared to transfer.

Shouldn’t we be more concerned that about three quarters of your students need remedial classes?

That is a hill to climb …. That is the challenge of our times: how to move these students, especially in their junior and senior years in high school, from the unprepared to the prepared category or to have to have the basic skills network in our colleges make them prepared. We are making some pretty impressive progress (with new types of courses and better testing, among other things) … But still we have a huge way to go.

A decade or two decades from now, we will see most, if not all, of California’s community colleges offering bachelors’, mostly in the applied areas where the CSUs and UCs are not doing that work and where demand is increasing in the labor market … There are turf challenges and there is bound to be give and take, and pushback. That’s just normal in the marketplace … But we will work that sort of thing out. What’s important is that the citizens of this state get the education they need.

One of the most complicated issues you faced was the threat of stripping accreditation and possibly shutting down City College of San Francisco. That seems to be settled now and the school remains open. Still, there’s been a lot of criticism of the Accrediting Commission for Community and Junior Colleges for being too harsh. But why do you and the state college board of governors want to go so far as looking for a totally new accrediting agency? 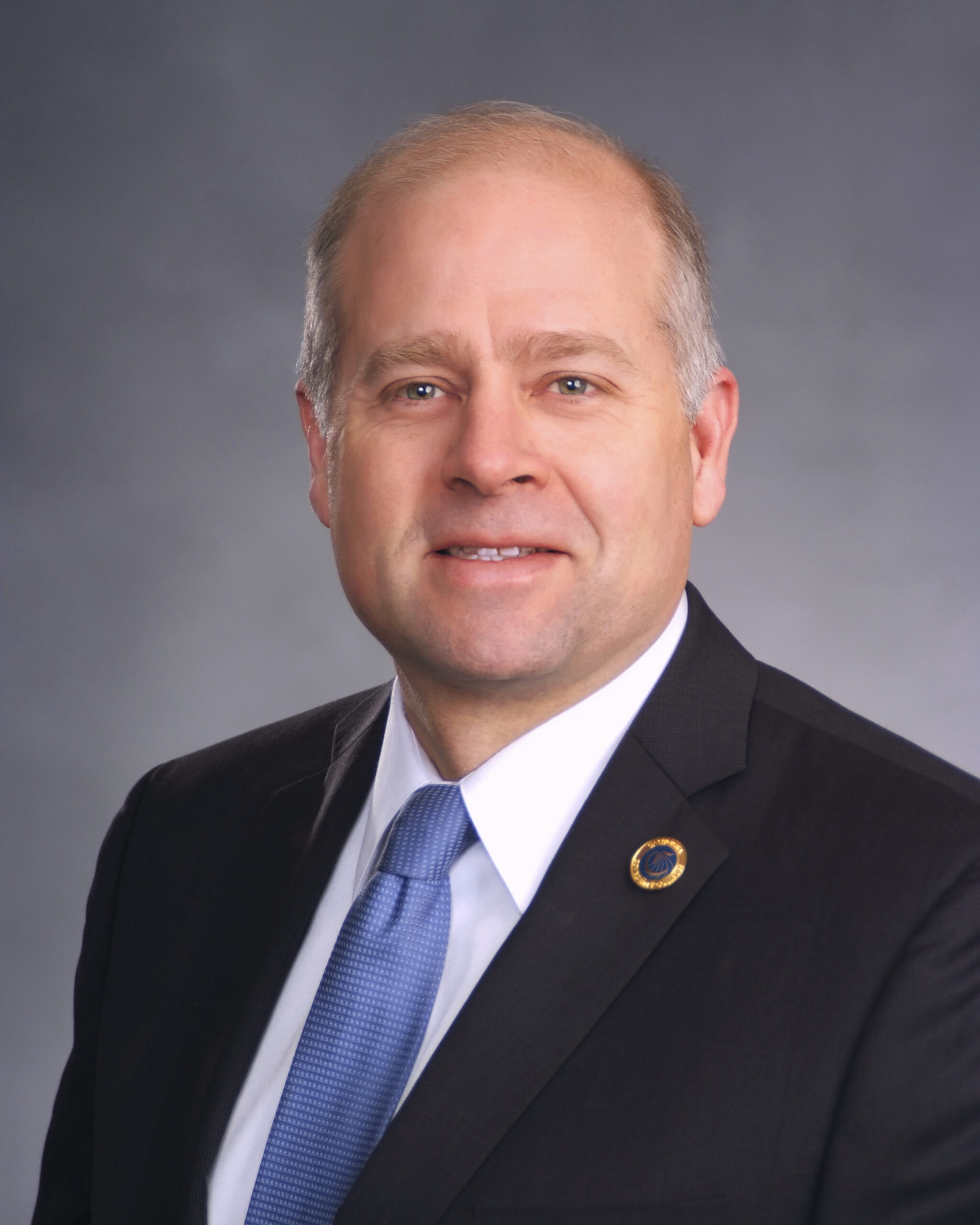 The existing accreditor for our colleges needs to be significantly reformed in the very near future. But ultimately it just doesn’t make sense for every other region in the country to have a single accrediting agency and for us to have a bifurcated system (one for community colleges and another for four-year schools). We want the western region ultimately to migrate to a system of accreditation that has all of us at the same table … There’s probably tons of blame to go around. But the fact is the way we are doing this is not working.

What is the greatest challenge for your successor?

The greatest work still left undone is to restore access to the system. We’ve seen enrollment trends finally bottom out, but it is creeping up very slowly. Part of that is due to the economy getting stronger and part to the fact we just don’t have the resources and courses that students need.

Many leaders in academia stay 10 years in office. Why are you leaving after just three and half?

When I took this position, I had just retired at Los Rios. So when I signed on here, I really did that on a three-year contract, assuming I would work at least three years but that I wouldn’t work four or five. I’m going to be 68 on my next birthday, and I have a few things I want to do between now and when I can’t get around so well.

So what’s next for you?

I’m going to take a self-imposed sabbatical for a few months. I have a couple of grandkids. I’m going to play with them and maybe teach them how to fish. And spend more time with my wife. But I’m very interested in leadership development at community colleges, especially the intersection of boards and CEOs. I’m probably going to do some writing and work in that field.