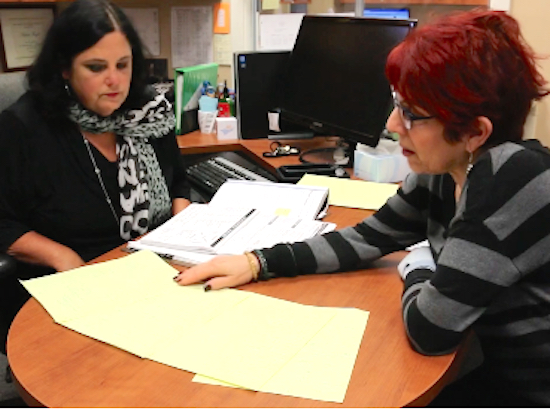 Three school districts have created innovative systems to evaluate teachers that could serve as models for districts laboring under a flawed state evaluation law, according to a new study.

The progress of the San Juan, San Jose and Poway districts contrasts with the seemingly intractable stalemate in the Legislature, where Democratic and Republican leaders, seeing no breakthrough, are steering clear this year of proposing comprehensive evaluation reforms.

That’s just as well, say researchers Julia Koppich and Dan Humphrey, who have published a paper examining the three districts. Instead of mandating a uniform evaluation system, Humphrey, a senior education researcher with SRI International, and Koppich, a San Francisco-based education consultant and researcher, said the Legislature should encourage an evaluation framework that draws from the lessons of the San Juan, San Jose and Poway districts. There, teachers were intricately involved in designing the evaluation systems, whose primary goal is ongoing professional growth.

That might seem like an obvious objective, but in most districts, evaluations, based on a 40-year-old framework known as the Stull Act, have focused primarily on determining if new teachers should be granted tenure or if egregiously poorly performing ones should be dismissed, wrote Humphrey, Koppich and Juliet Tiffany-Morales, a third researcher on the project. The Stull Act sets up two performance categories: satisfactory and unsatisfactory, with nothing in between, such as needing improvement. For the far majority of teachers, reviews have been a rote exercise by overburdened principals without the time and often the subject knowledge or training to be of much help improving instruction.

The Stull Act hasn’t been updated to reflect changing student demographics and increasing demands on teachers to incorporate technology in the classroom and to adopt new approaches to discipline and teaching English learners. Periodic attempts in the Legislature to rewrite the law haven’t shifted the focus to how the bulk of teachers can improve instruction over the course of their careers, the authors said, or bills have deadlocked over issues of control. Teachers unions and groups representing school boards and administrators have been at loggerheads over who gets to decide the criteria for determining whether a teacher is doing a satisfactory job.

Under the Stull Act, school boards can define acceptable levels of job performance and the standards and metrics of student learning, including the use of standardized tests, by which teachers will be judged. School boards and superintendents want to preserve that right.

The ability of the San Juan, San Jose and Poway districts to reach agreements convinced Koppich and Humphrey that “labor-management collaboration is essential” to developing new and innovative teacher evaluations. Teachers will buy into the system only when they have been involved in creating it, they wrote.

Athough the process and standards for evaluation vary, all three districts’ systems have common elements. They include peer review, joint governing boards comprised of teachers and administrators, and a commitment to extensive evaluator training.

Two decades ago, Poway and San Juan were among the first districts in the state to involve teachers in determining tenure decisions for probationary teachers, and the status of permanent teachers who received unsatisfactory reviews. This was done through Peer Assistance and Review, or PAR, a voluntary program the state established. Both districts have expanded it, and San Jose created a similar structure in 2013.

All three districts committed funding to free up classroom teachers to work as coaches or advisors for probationary teachers needing help and tenured teachers struggling with aspects of teaching, whether subject knowledge, classroom control or student assessments, that are laid out in the California Standards for the Teaching Profession. The districts provide extensive training for administrators and teachers in how to conduct observations, use data and perform evaluations. In San Jose, a veteran teacher who receives a “does not meet standard” evaluation may request a consulting teacher as a parallel evaluator “as an extra set of eyes or a different perspective,” said Jennifer Thomas, president of the San Jose Teachers Association.

Placing teachers in the role of peer critics wasn’t an automatic sell to veteran teachers who were used to pro forma reviews and knew they could turn to a grievance process to contest a bad review. Some principals were reluctant to share authority over reviews. But they also acknowledged they don’t have time to do in-depth reviews for every teacher, with multiple observations, follow-up discussions and periodic check-ins throughout the year, the researchers found.

Teachers in the three districts also serve on governance boards with administrators who oversee the evaluation systems and make key decisions on teachers receiving assistance. They consider appeals of unsatisfactory reviews and, eventually, review and make recommendations on which teachers have improved and which haven’t, putting them on a path to dismissal. In San Jose, the board is called the Teacher Quality Panel. In San Juan, Shannan Brown, president of the San Juan Teachers Association, and Assistant Superintendent Rick Messer chair the Joint Evaluation Committee.

The Legislature stopped reimbursing districts for their PAR programs in 2008. Two current bills, AB 934, by Susan Bonilla, D-Concord, and AB 2826, by Shirley Weber, D-San Diego, would restore funding. Both bills would make other fixes to the Stull Act that failed to pass last year.

San Juan is furthest along in expanding the focus from filtering out the worst-performing teachers ­to concentrating on the improvement of all teachers. This year, it is piloting what it is calling the System of Professional Growth. This week, the school board, unanimously, and the union, with 90 percent approval, passed new teachers contract language, putting the system on track to go districtwide in the fall. Next year Poway will expand its pilot of a rebranded Teacher Professional Learning and Effectiveness System, based on a multi-measure system of evaluating performance.

In San Juan, “facilitators” – 10 experienced teachers and principals – will handle reviews. Each teacher facilitator will work with 25 teachers – about one-third of district teachers who go through an evaluation cycle every two or three years, depending on their years of experience. Instead of the informal walk-throughs of classrooms, the basis of current evaluations, reviewers will conduct two or three formal observations, post-observation conversations and additional “reflective conversations,” Messer said. Teachers will identify areas to improve and work with reviewers on a plan for it.

“A facilitator’s job is to ask meaningful questions,” not come in with answers, Brown said.

This summer, all San Juan teachers will participate in a two-day training on how to conduct the new reviews. Between the release time for facilitators and trainings, the district will spend $1.8 million this year on the new system, Messer said.

Teachers who have gone through the pilot have responded favorably. Dan DeJaeger, a teacher at Encina Preparatory, said in a video explaining the system that the old system created a void between new teachers and struggling veteran teachers with “nothing in between” for the vast majority of teachers. “This fills in the gap. It provides a resource for teachers to grow their entire teaching career,” he said.

Koppich and Humphrey acknowledged in their report there is “no quick fix,” and all three districts reached agreement after years of discussions that relied on mutual trust between union and district leaders. The Legislature should avoid imposing a uniform solution to flaws in the Stull Act, they said. Koppich and Humphrey are recommending that the Legislature create competitive grants that encourage the approaches that the three districts they studied have taken to support teachers and districts working together.

“Teachers unions are in a different place than in the 1970s (when the Stull Act was passed),” said Jennifer Thomas. “We want to chart our own destiny without laws that keep us from being creative. Rules shouldn’t be made just in response to bad actors.”

But it’s not clear whether San Juan, San Jose and Poway will remain the exceptional few among the state’s nearly 1,000 districts or are the vanguard of a movement. In districts with instability in leadership, with continual superintendent turnover, or patterns of union-district animosity, trust may come slowly or not at all.

Brown said that “more than a handful” of districts and unions are inquiring about what San Juan is doing. “This work is resonating; without any pressure or incentive, they are coming to us.”

“Where do you start to build that point of trust?” Messer asked. For San Juan, that started two decades ago, when the union and administration created the Peer Assistance and Review program. “PAR could be the starting point. You have to find common ground and build from there.”