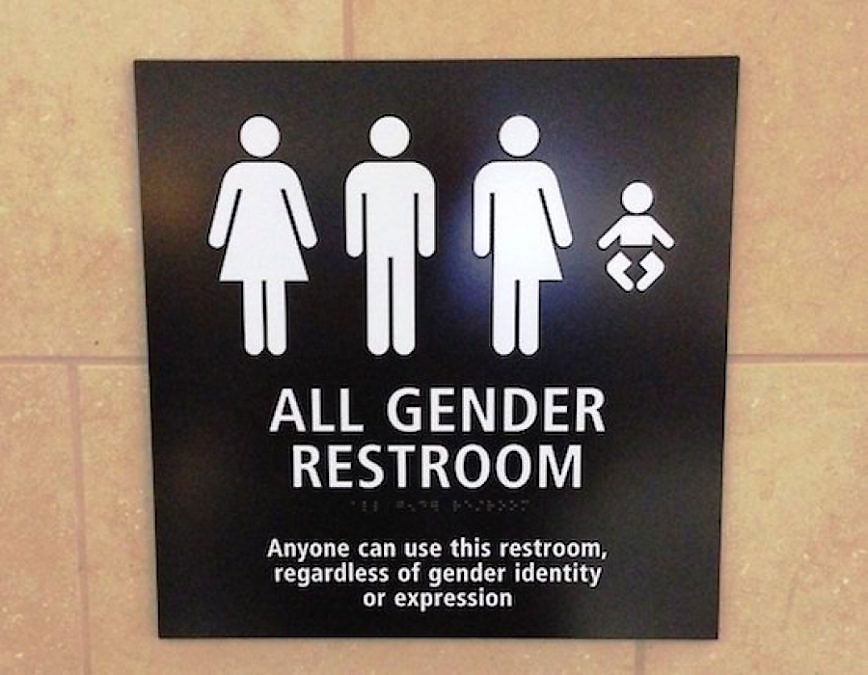 Updated June 1. As a high school student, Coley Baker found a “dream school” in Biola University, an evangelical Christian college with a palm-tree-dotted campus close yet not too close to home in Los Angeles County. But things happen in late adolescence – identity takes shape, feelings emerge – and by the 2014 Biola graduation ceremony, the young Christian woman Baker once appeared to be had spent two years hiding a new identity as a young Christian transgender man.

“I went into Biola not fully being sure that I was transgender,” said Baker, now 23. “Over the course of my time there, I became more certain.”

Baker never came out publicly about his transgender identity on campus. But at about the same time — in response to signals from the federal government that transgender K-12 students should be protected under anti-discrimination laws — Biola decided to apply for a religious exemption that would give the university the right to expel transgender students and refuse to admit, house or accommodate them, without jeopardizing federal funding. Now a California bill is attempting to curb, at a state level, California’s own practice of granting private colleges religious exemptions that allow them to discriminate against lesbian, gay, bisexual and transgender students in admissions, housing and campus activities. The state currently gives a blanket exemption to the anti-discrimination provisions of the Equity in Higher Education Act to all colleges that are “controlled by a religious organization.”

Senate Bill 1146, by Sen. Ricardo Lara, D-Bell Gardens, would shrink the number of religious colleges that qualify for religious exemptions. Also under SB 1146, colleges that receive federal religious exemptions would be required to publicize that fact to prospective students. Another bill, Assembly Bill 1888, by Assemblyman Evan Low, D-Campbell, failed to move out of committee. That bill proposed that the state withhold Cal Grant funding eligibility for colleges that violate state nondiscrimination laws.

“California should not be using taxpayer money to subsidize colleges that choose to discriminate against LGBT students,” Low said. He called the schools that seek a religious exemption to anti-discrimination laws “the worst of the worst in terms of institutions that discriminate.”

Opponents say that making it more difficult for schools to get a religious exemption is an attempt to force religious colleges to comply with California nondiscrimination laws – which prevent schools from discriminating on the basis of disability, gender, gender identity, gender expression, nationality, race, ethnicity, religion or sexual orientation – that may conflict with their beliefs. Forty-two colleges in California qualify for the state religious exemption, said Dean Broyles, president of the National Center for Law & Policy, an Escondido-based legal organization that advocates on behalf of Christian organizations. He said without religious exemptions, the colleges could face costly discrimination lawsuits.

“People can say, ‘Well, it’s for a good cause, it ends discrimination,’ but if you have different views, can the government tell us all what to think?” he asked. “What if we start adding all kinds of bizarre categories of discrimination? … What if we added 75 or 80 categories of things they couldn’t talk about?”

Under SB 1146, which passed the Senate last week, only colleges that train ministers or theology teachers would qualify for a religious exemption. All others would have to agree not to discriminate.

In opposition to the Senate bill, the Association of Independent Colleges and Universities wrote that the religious exemption “provides long standing protection for religious based education institutions.”

Among the goals of SB 1146, said Jo Michael, legislation manager for Equality California, an advocacy group that is sponsoring both bills, is to let high school seniors know if their prospective college is seeking, or has been granted, the right to discriminate based on gender identity.

A move toward making that information more available came last month when the U.S. Department of Education, under pressure from the Human Rights Campaign, posted on its website a searchable database of colleges that are seeking federal religious exemptions to Title IX.

SB 1146 would go further by requiring colleges to include information about their religious exemption in letters to prospective high school applicants, post on campus the reason for the exemption, discuss the exemption in brochures and talk about the exemption on tours for new students.

“Here’s the thing – who’s paying for college?” Green said. “Parents are paying for college and if they’ve grown up in an evangelical environment, a parent is choosing the college. A lot of students have no choice.”

For students who are gay or transgender and deeply connected to their faith, the dissonance they feel on campus is intense, said Jordyn Sun, national student organizer for Soul Force, an advocacy group that works with LGBT students at evangelical Christian colleges.

“This is a Christ-centered university and I have faculty saying they love me, yet I can’t be myself on campus,” said Sun, who graduated in 2014 from Azusa Pacific University, a Christian college in Orange County that has not sought an exemption to Title IX. “I think it does more mental, emotional and spiritual damage to people than anyone realizes.”

The federal religious exemption carries more heft than the state exemption because federal compliance is tied to millions of dollars in federal funding. (See chart below.) At least seven colleges in California – Biola University, Fresno Pacific University, John Paul the Great Catholic University, LABI College, Simpson University, The Master’s College and William Jessup University – and 57 colleges in total nationwide have applied since 2013 for religious exemptions to Title IX of the Education Amendments of 1972, as it applies to gender identity, according to a 2015 report from the Human Rights Campaign, a Washington, D.C.-based advocacy group.

In many instances, the requests for religious waivers mention the first indication of the federal government’s intention of protecting transgender K-12 students – a 2013 federal civil rights resolution agreement with the Arcadia Unified School District, according to the Human Rights Campaign.

In Biola’s 2014 letter seeking a federal religious exemption, the university said its biblical beliefs affirm only heterosexual, gender-conforming people and monogamous, married intimate relationships. Biola requested the right to expel transgender students and to refuse to admit, house or accommodate them. The U.S. Department of Education’s Office for Civil Rights responded that Biola does not meet the criteria of being controlled by a religious organization and requested more information. No decision to approve or deny the waiver has yet been announced.

The recent surge in religious exemptions continues a history of religious institutions using their faith as a shield for discrimination, said Geoff Kors, government policy director for the National Center for Lesbian Rights, a San Francisco-based legal advocacy group. “Religious beliefs have been used as grounds for segregation and slavery,” he said. He noted that Bob Jones University, which stated that scripture prohibited interracial dating, refused to admit African-American students until 1970. In 1983, the U.S. Supreme Court ruled that Bob Jones University was not entitled to tax-exempt status because its practices were contrary to the public policy of eliminating racial discrimination.

Even as Biola seeks the right to discriminate, Baker said, gay or transgender students will always be at the school. “When they show up at Biola, they may be in a place where they’re trying to live as if they are not gay or trans,” he said. “But I think a lot of people can’t live in that mental space for long. It will drive them into so much despair.”