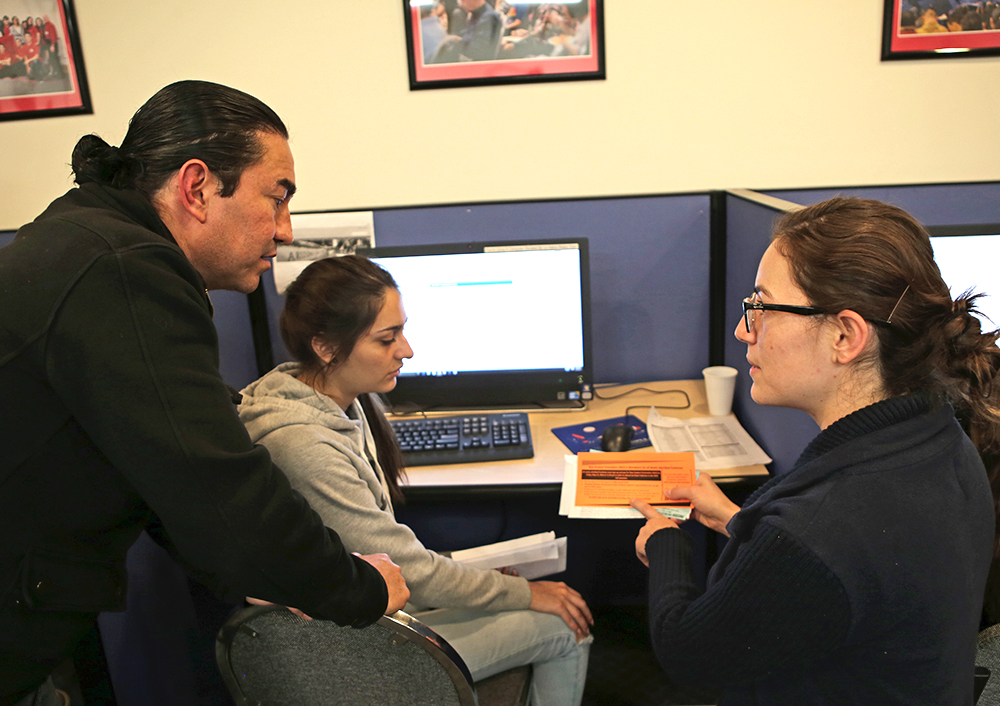 The governor wants the state to invest $2.1 billion in 2016-17 in the Cal Grant Program, the nation’s largest state-funded college aid program. That’s $137 million more than last year, which will help up to 7 percent more incoming freshmen, transfer, and continuing college students.

“The majority of students in California are low-income,” said Lupita Cortez Alcalá, executive director of the California Student Aid Commission. “Cal Grants and other aid gives students the opportunity to go on to college and prosper.”

Despite the increase in the number of Cal Grants awarded, state officials say many eligible students don’t apply. A statewide campaign is underway to boost those numbers by the March 2 application deadline.

The proposed increase in state funding for the Cal Grant program is on par with increases approved by lawmakers over the past four years as the state’s economy continues to recover from the recession and record numbers of students apply to the state’s public universities.

For this fall, more than 311,000 students applied for admission to the California State University system. The University of California system received applications for fall admission from more than 206,300 students. Both figures were record highs. Typically, students seeking admission to UC or CSU apply to two or more campuses, which drives the total number of applications for both systems much higher than the number of applicants. Students in families of four who earn $90,500 or less qualify for Cal Grants. The grants of $1,656 to $12,240 a year are guaranteed to students who meet income, GPA and residency requirements.

Students apply through the Free Application for Federal Student Aid website, where they can also apply for other state and federal aid and loans, including Pell Grants.

Still, many students miss out on the free cash for college simply because they don’t apply.

Nearly 40 percent of high school seniors, or about 158,000 students, didn’t apply for Cal Grants in 2014 even though many of them would have qualified, according to an annual survey by Education Trust-West.

Tens of thousands probably meet the academic and financial eligibility criteria, according to a 2013 Ed Trust-West report. These students leave potentially hundreds of millions of dollars in Cal Grant aid untapped. Many of these students believe they can’t afford to pay for college so they end up not going, according to Ed Trust-West. (Ed Trust-West and state officials said it’s difficult to determine the actual number of students who would qualify for the aid if they applied because it would involve measuring family sizes, income levels, GPA requirements and other data of all students who don’t apply.)

Officials from the California Student Aid Commission are now working with high schools and colleges on a campaign aimed at encouraging more students to apply for Cal Grants and other aid.

Ads now regularly turn up on billboards and English- and Spanish-language radio programs. This winter, high schools, colleges and community centers are hosting more than 900 “Cash for College” workshops, where counselors, teachers and volunteers help students and parents fill out forms.

At a recent workshop in Orange County, La Habra High school senior Sandy Zuniga typed away at a computer terminal, working on her Cal Grant application, for more than an hour as her father, Raul Zuniga, carefully sifted through a bundle of financial documents.

Hovering over their shoulder, counselor Rosa Sanchez patiently answered questions about the information the Zunigas had to provide for the application, such as GPA verification forms, income requirements and college search codes.

“A lot of this is really complicated and hard to understand,” said Sandy Zuniga, who’s hoping to attend Cal State Fullerton this fall. “It helps out that there’s a place to go to help us through this process.”

The workshop was organized by Advance! On to College, a La Habra nonprofit created to help low-income students and those from minority groups traditionally underrepresented in California colleges navigate the college application process. Vanessa Juarez, a counselor at the nonprofit, said it’s easy for parents and students to become overwhelmed.

For students who don’t qualify for a Cal Grant, the Middle Class Scholarship program is for those with a family income of up to $150,000, but who still need help paying for college. The award pays for 20 to 40 percent of tuition and fees for students attending UC or CSU campuses.

To qualify, students must have at least a 2.0 GPA and be U.S citizens or legal residents and have graduated from a California high school.

“We get a lot of undecided students who know college exists, but they don’t know how to get there,” Juarez said. “Parents’ biggest concern is wondering how they’ll pay for everything.”

Across the state, many high schools and colleges open computer labs, libraries, even gymnasiums, to host workshops each January and February.

At Century High in Santa Ana, 800 to 1,000 students cram into the school’s computer labs for the school’s annual workshop. Some parents and students wait hours for their turn at a computer terminal.

At Long Beach Unified, all students must pledge to fill out the FAFSA and Cal Grant applications as part of its Long Beach College Promise, which guarantees qualified students admission to Cal State Long Beach and a semester of free tuition at Long Beach City College.

Francisco Torres, a junior at Cal State Long Beach and a graduate of Wilson High in Long Beach Unified, has received a Cal Grant each year he’s attended college.

Torres, a business major, said that without his Cal Grant, he and his single mother would have taken out costly loans to help pay for tuition, supplies and other fees.

“I think I would always be worried about money, and wouldn’t be able to focus on my school work,” he said. “A Cal Grant is such a great incentive for students who want to succeed in college.”