Achievement gaps in Irvine, San Francisco are among smallest of California cities 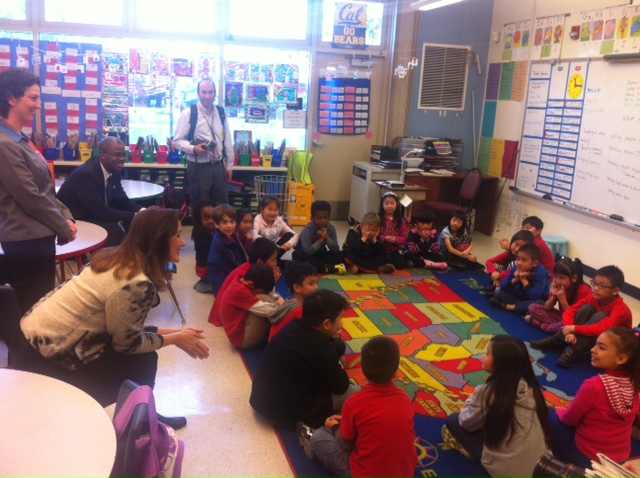 This story was updated to include a clarification regarding state-level comparisons.

The gap in test scores between low-income students and those economically better off grew nationwide from 2011 to 2014, according to a report released last week in Washington, D.C.

However, in a statement issued Tuesday, the organizations that crunched the numbers warned that comparisons between states could not be made because their methodology was based on the overall percentages of students who qualified for free and reduced priced lunches, which varied from one state to another.

California had two of the country’s top 10 cities with the smallest achievement gaps – Irvine and San Francisco – based on an Education Equality Index released by the nonprofit Education Cities, an organization that supports cities interested in improving public schools, in partnership with the nonprofit GreatSchools, which provides resources to parents about schools.

“Our goal is to highlight states, cities and schools that are more successfully closing the achievement gap than others,” the joint statement said. “We are confident that school-level and city-level EEI scores are highlighting success stories across the nation, but we have concluded that the state-level EEI scores are not the best way to compare states.”

The index is comprised of school-, city- and state-level data from the country’s largest 100 cities, including 21 in California. Among the  cities in California with the lowest achievement gap were Irvine and San Francisco.

“Equality of opportunity is an American ideal,” said Ethan Gray, founder and CEO of Education Cities, in a prepared statement. “The Education Equality Index shows that while we, as a nation, have a long way to go to ensure our most vulnerable children have the opportunities they need to thrive, there are schools in almost every city proving that equality is possible.”

The index measures achievement gaps based on free and reduced-price lunches and does not take ethnicity into account, said spokeswoman Christine Schneider. This is because some states do not collect detailed demographic information about students. However, she said new Common Core testing does include racial and ethnic data, which will help to track achievement gaps in those categories in the future. Because California suspended standardized testing in 2014, the index’s calculations repeated scores from 2013 for 2014.

In Oakland, the data showed only two of every 10 students from low-income families attended schools that were closing the achievement gap. One of the top 10 schools with the smallest achievement gap identified in the report was Lincoln Elementary, which Mayor Libby Schaaf and Superintendent Antwan Wilson visited Thursday to congratulate students and promote the “Oakland Promise,” a new citywide effort to improve schools.

Oakland ranked behind nine California cities and ahead of 11 others within the state, including Long Beach and Los Angeles.

“These results affirm why we are pushing with a sense of urgency to make real change on behalf of our mostly lower income, minority students who are not receiving the education they deserve,” Wilson said in a news release.