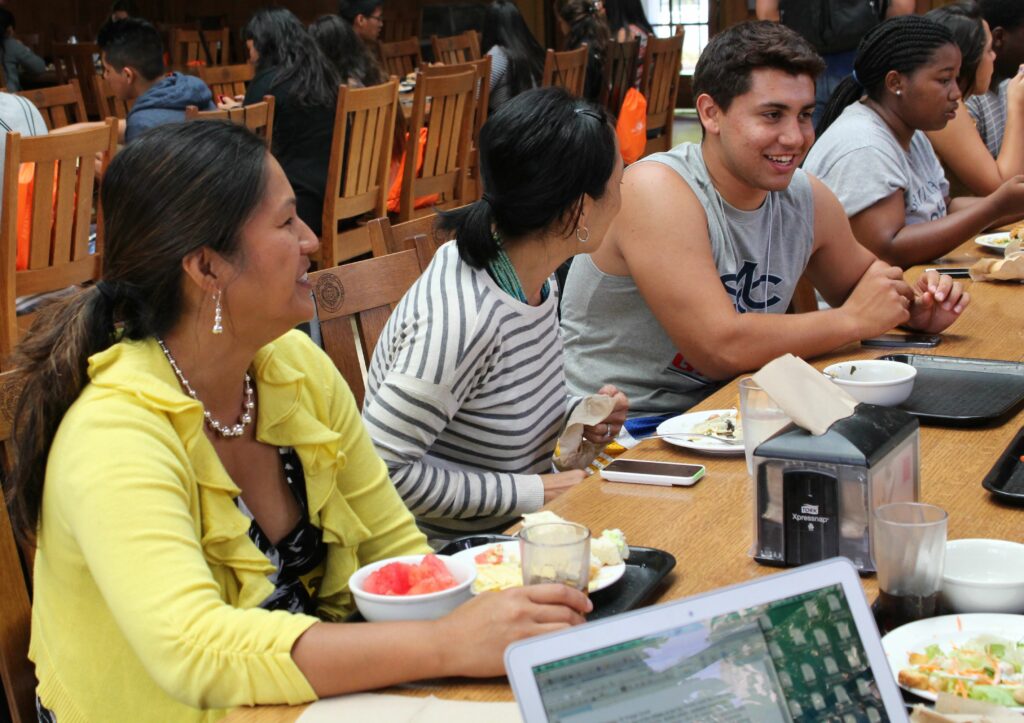 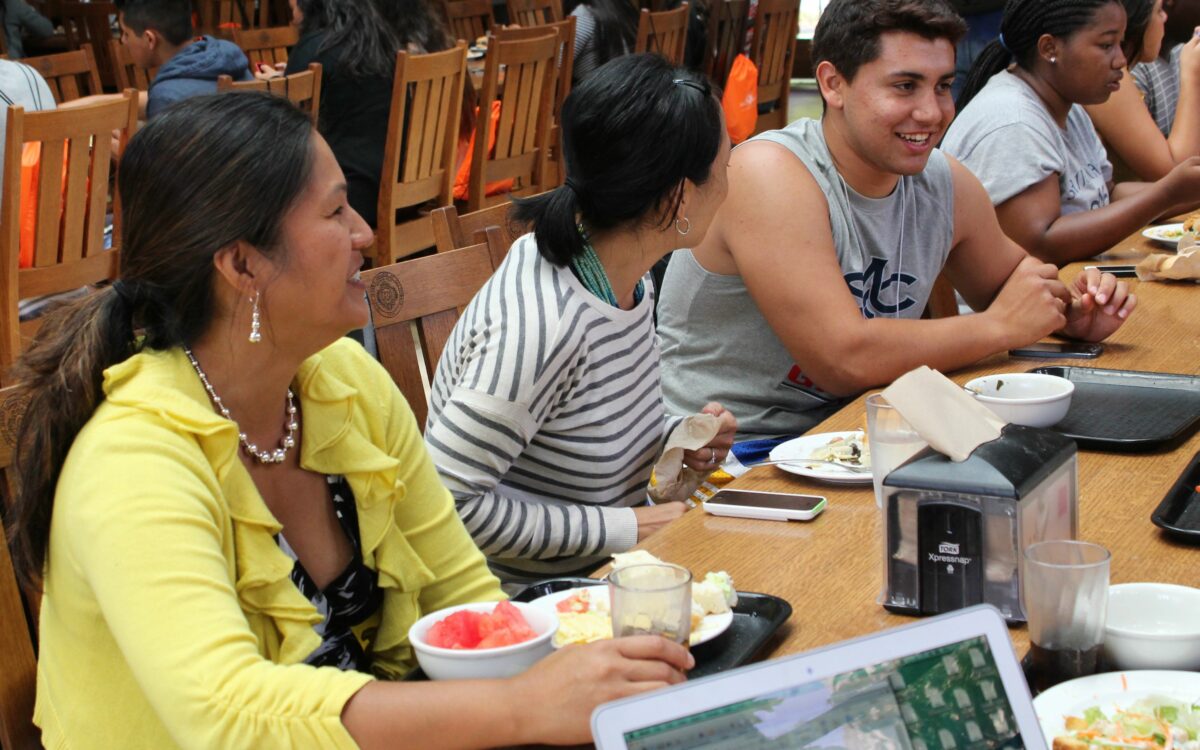 During Daisy Montes Cabrera’s final week of her first quarter at UC Davis, her father, who was terminally ill, died. Cabrera, a first-generation college student, wanted to leave Davis to be closer to her family in San Jose. But her high school college adviser, principal and teachers all encouraged her to stay, she said.

Cabrera’s high school – KIPP San Jose Collegiate – is part of the Knowledge Is Power Program charter school organization, which focuses on preparing low-income and first-generation students for college. For the past few years, KIPP has expanded its K-12 program to include supporting “KIPPsters” through their college years.

As part of the KIPP Through College program, the charter group has partnered with more than 50 public and private universities nationwide, seeking their support to help KIPP alumni integrate both academically and socially into college life. In California, 11 universities, including UC Davis, work with KIPP. Steve Mancini, communications director for KIPP, says that he doesn’t know of any other K-12 programs in the country that have this type of partnership with a wide range of universities.

“I wanted to quit Davis,” Cabrera said, “but right away I got calls and messages from all my high school teachers to keep going. I got a Facebook message from my principal saying, ‘let us know what you need.'”

Cabrera also had long talks with Lisa Lopez, who is a college retention counselor from her high school.

“Losing her dad was really, really rough on her,” Lopez said. “But she knew her dad would want her to continue her education.”

Overall, 96 percent of KIPP students who make it through the intense curriculum, which includes an expanded school day, and graduate from 8th grade finish high school. KIPP has focused primarily on K-8 students, but also has some high schools.

But KIPP leaders realized that many of their students who went on to become first-generation college students were dropping out. They hired counselors, such as Lopez, to provide support to their students through college.

Cabrera said the continued support she received from KIPP after graduating from high school was key to her staying at UC Davis. After her father died, Cabrera, now a sophomore, returned to Davis to take her finals and earned a 3.2 GPA that first quarter.

Knowing KIPP had such a program also helped Cabrera take that initial leap to leave home and go to a large university. When she was accepted into UC Davis, she said she and her parents were proud but anxious.

“It was really scary for me that I was going to a real university,” she said. “My parents were afraid they couldn’t give enough guidance because they didn’t go to college.”

Only about half of first-generation students graduate from college within six years, compared to almost two-thirds of students whose parents have some college experience, according to a 2011 UCLA study. First-generation students have less social and financial support and lack coping strategies, according to a 2011 study published in the College Student Journal, which also noted that they are more likely to have to support family members and feel ill-prepared for college.

The KIPP program targets those obstacles.

Partner colleges typically offer an orientation for KIPP students and their parents. They agree to provide someone on the campus as a point person for KIPP alumni. That person often also works with other low-income, first-generation students. The point person and a KIPP college retention counselor help the students connect to resources on campus, such as tutoring or the career center, support them as they navigate financial aid and job opportunities, and encourage them to get involved in clubs or take advantage of networking opportunities through volunteer work. They also help make space available on campus for “KIPPsters” to meet.

In addition, KIPP asks alumni who are succeeding academically and socially to act as ambassadors for new students. Cabrera took on that role this year. KIPP gives the ambassador a small budget – $100 per quarter – to support monthly events.

At UC Davis, a university-sponsored luncheon was the kickoff event for the KIPP alumni, where they met Associate Vice Chancellor Walter Robinson and Arnette Bates, assistant director of the Student Academic Success Center.

Robinson is in charge of outreach and enrollment planning for UC Davis. KIPP’s approach fits well with the university’s goal of offering continued support to students, especially those who are first-generation, he said. He said at the luncheon he was open to talking with students about any problems they were having fitting into college life. “We talked about everything under the sun,” he said.

KIPP staff and students “made you feel like you were part of a team,” said KIPP graduate Daisy Montes Cabrera. “I knew I could count on them forever.”

At the monthly events, students learn how to approach professors and ask questions and how to take advantage of the professors’ office hours to get help. Students put together an education plan so they will be better prepared when they meet with their academic advisers.

Right before finals, Cabrera hosted a study session where she gave away gift cards for pizza and Starbucks.

The support for KIPP students and their parents begins the summer before college. Cabrera attended KIPP’s two-day college transition program at Santa Clara University. She met KIPP students from all the area schools who were headed to college. Besides workshops, the students “just had fun,” she said.

“We did a dance performance together,” she said. “It made you feel like you were part of a team. I knew I could count on them forever. Coming back from losing my dad, a lot of them gave me support. They motivated me to stay at Davis. Going to a KIPP school is like being part of a family.”

After Cabrera’s father died, Lopez encouraged her to look for clubs to join as a way to not feel so lonely and become part of college life when she returned the next quarter. Cabrera chose Hermanas Unidas, which she said focuses on community service, academics and networking.

In Los Angeles, KIPP only has elementary and middle schools, but the organization still keeps track of its 8th-grade graduates as they progress through high school and into college. Counselors work with students to make sure they are taking the right classes to be eligible for college. During students’ senior year, KIPP counselors help them apply to colleges and find financial aid.

“We want them to think through what they want to do after they graduate from college,” said Lonneshia Webb, KIPP LA college retention manager.

Kristina Arreola is a KIPP LA Prep middle school graduate and a senior at UC Irvine, where she is majoring in social ecology and minoring in education. She says that Lonneshia Webb, KIPP LA college retention manager, visits KIPP alumni at UC Irvine three times a year. Webb put her in touch with campus resources she did not know about, Arreola said, such as librarians who help students with research papers and a special website, Degree Works, that gives an overview of the classes students need to take to fulfill their general education, major and minor requirements.

“We don’t want to waste our time and money taking classes that don’t help us graduate,” said Arreola, who commutes to college from her parents’ home in Los Angeles and works part time.

Webb said she also encourages KIPP students to go to the career center and take advantage of internship and volunteer opportunities in fields they are considering.

“We want them to think through what they want to do after they graduate from college,” Webb said.

Arreola recently began volunteering at Los Angeles Children’s Hospital, where she learned about the career of child life specialist. These specialists help children and families cope with debilitating childhood diseases. She now plans to become a certified child life specialist and earn a master’s degree in the field.

Although she found that volunteer opportunity herself, Arreola credits Webb with helping her understand the benefits of volunteering.

“Lonnie taught me the value of putting yourself out there, of networking with new people,” she said.

Arreola is hoping to pass on the good support and advice she has received by acting as a KIPP ambassador. The ambassador program just started in fall 2014 at UC Irvine for the 25 KIPP alumni on the campus.

Arreola and her co-ambassador hosted two events after the orientation session at UC Irvine. She talked to the new students about techniques that worked for studying and what doesn’t work, like procrastination.

“I gave them my email and phone number,” she said. “We want them to look at us as friends, people there to help them, not authority figures.”

“I know they are there for you your whole four years in college,” said KIPP graduate Jesse Aguirre. “I feel like if I have a question, I can always call my high school college counselor, my old teachers, or Mr. Ling.”

One of KIPP’s most recent partners in the San Francisco Bay Area is St. Mary’s College, a private college in Moraga. David Ling, director of KIPP Through College in the Bay Area, said KIPP chose to partner with St. Mary’s because of its efforts to support first-generation students. Besides a summer bridge program for incoming freshmen, St. Mary’s requires freshmen to take an hour-and-40-minute advising class each week to acquaint students with the resources on campus available to them and help them develop their education plans.

Because of that class, freshman Jesse Aguirre said he has not taken as much advantage as he could of his KIPP mentor, who checks in with him once a month.

“In the beginning, I felt discombobulated, and KIPP counselors helped with the transition a lot,” he said. “I know they are there for you your whole four years in college. I feel like if I have a question, I can always call my high school college counselor, my old teachers, or Mr. Ling.”