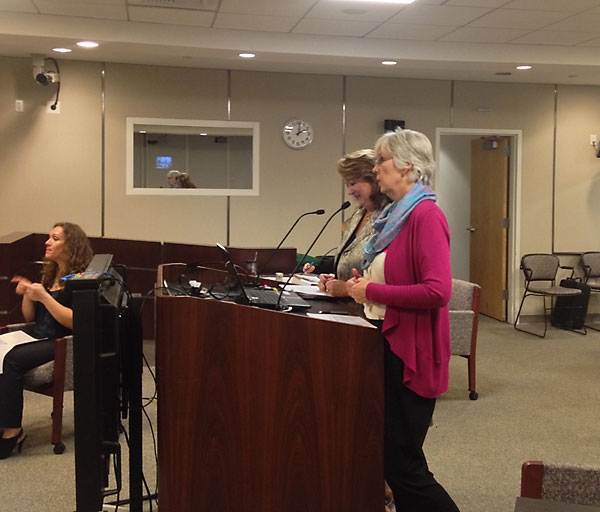 In addition, school districts would include in their new three-year planning documents, known as Local Control and Accountability Plans, details about how they are improving outcomes for special education students, according to a preview of a long-awaited report from the Statewide Special Education Task Force, a group funded by foundations to recommend transformative changes in special education in California.

A draft version of the report was presented at a meeting of the state Advisory Commission on Special Education, which provides recommendations to state legislators and education administrators. The full report will be presented to the State Board of Education in March.

The brainchild of Michael Kirst, president of the State Board of Education, and Linda Darling-Hammond, chairwoman of the California Commission on Teacher Credentialing, the task force is thought by many to have the clout to push for changes long-sought in special education, including a far-reaching integration of special education students, teachers and programs into general education.

More than $8 billion a year in federal, state and district funds are spent on roughly 702,000 special education students in California each year, with most students requiring less costly services but some requiring intensive interventions, according to a 2013 report from the state Legislative Analyst’s Office. In 1975, Congress committed to funding 40 percent of the “excess” cost to schools for accommodations for students who receive special education services, as outlined in the federal Individuals with Disabilities Education Act. But the federal government has never paid more than 20 percent.

In California, federal funding has covered about 12 percent of those excess special education costs, according to the task force – leaving districts paying about 43 percent of the excess costs and the state making up the difference.

Among other issues, the recommendations addressed the need for early identification of children with learning, intellectual or physical disabilities. In addition, the report issued a call for revamped training for new special education and general education teachers, and improved professional development. The goal is to provide all teachers with the tools to provide meaningful academic instruction as well as the ability to address learning disabilities and mental health issues.

“Our ability to serve all kids is more difficult,” Burness said.

Funding and services for special education students vary widely across the state, the report said, and several members of the advisory board voiced their desire to rectify that.

“Equity and access can’t be defined by where you live or who your parents are,” said Matthew Navo, superintendent of the Sanger Unified School District, who is a member of both the advisory board and the task force.

A previous effort to equalize state funding rates across the regional agencies was vetoed by Gov. Jerry Brown in 2013 as Brown’s signature new state education finance system, the Local Control Funding Formula, became law. But Barber said she was optimistic that Brown was open to taking another look at equalizing special education funding.

“The impact he’s had on all education funding is tremendous,” she said. “But this is the other piece – you don’t want your legacy to be in addressing part of education. We want it to address the whole of education.”

Among other draft recommendations are:

Already there are signs of interest in some of the task force’s recommendations, Burness said. The Commission on Teacher Credentialing has formed a workgroup to examine standards for teacher preparation, she said, and task force members had a “great conversation” with State Superintendent of Public Instruction Tom Torlakson about the possibility of a creating an interagency group to oversee changes.

Previous efforts to make special education more effective have not resulted in major changes, Burness noted. But the hope is that this one will be different, she said.

“We are one system dedicated to all students,” Barber said.