Brown urged to 'reaffirm the vision' of funding law 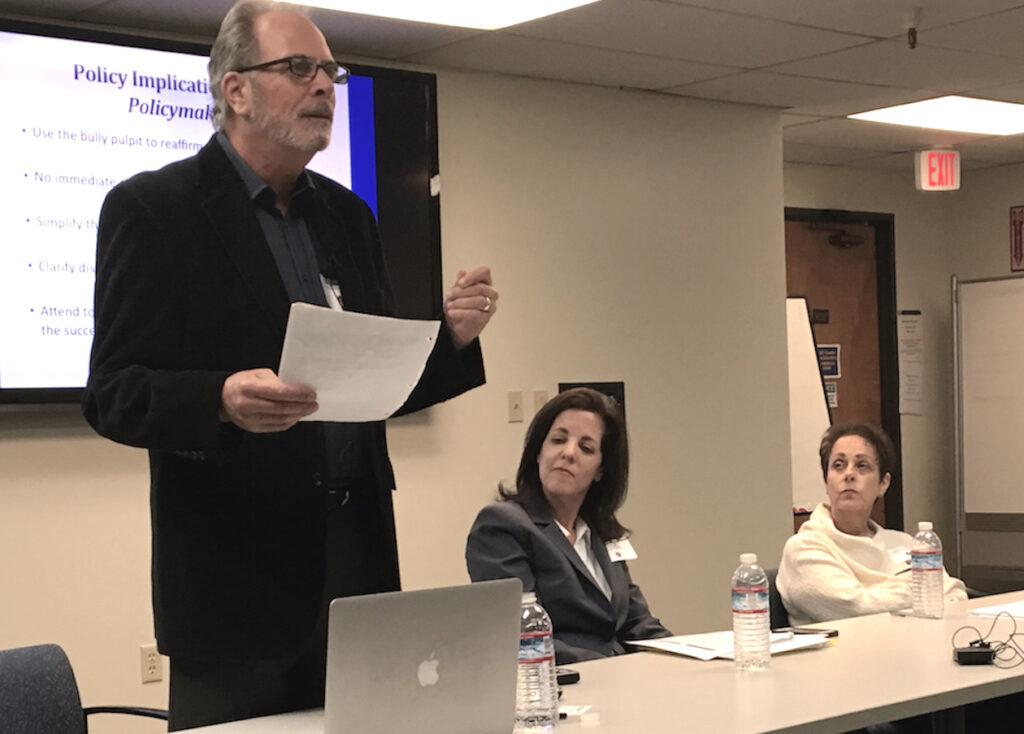 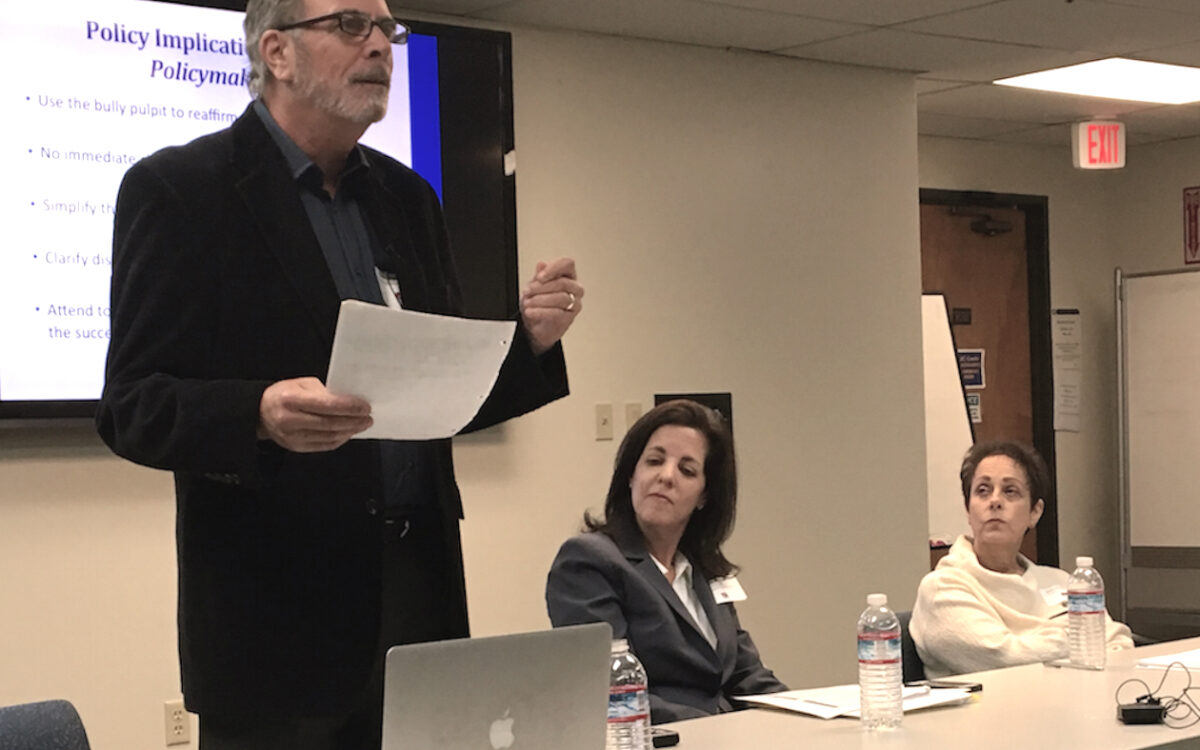 (This article was updated to include the link to the completed report.)

A team of researchers found that, two years into the state’s new school financing law, “nagging concerns” are tempering the enthusiasm that school districts and county offices of education have for the Local Control Funding Formula.

In their final report,  out in several weeks, they will urge Gov. Jerry Brown and the State Board of Education to “reaffirm the vision” of the new funding law – shifting decisions to the local level, closer to the classroom – or risk losing the opportunity “if we don’t get it right.” (Update: The report,  published on Dec. 8, can be found here. Go here for the video of the presentation.)

The researchers – Julia Koppich, president of Koppich & Associates, Julie Marsh, a professor at the University of Southern California and Daniel Humphrey, an independent consultant – discussed their preliminary findings Friday at an event in Sacramento sponsored by Policy Analysis for Public Education, or PACE. Following up on an initial analysis a year ago, they and a team from several think tanks and universities based their new findings on a review of 50 second-year LCAPs, the planning documents that districts must create and update annually; an in-depth analysis of seven to nine districts’ efforts; and interviews, over two years, with 226 district and county office leaders, parents, teachers, school board members and community organizers. The LCAPs took effect July 1.

No one, Koppich said, pines for a return to state funding dictates under the former system, or wants to relinquish control over budgeting and planning. District officials see benefits from engaging the community, a core element of the LCAP process.

But the researchers concluded that old habits of mind die slowly. District and county officials trained in complying with state rules have little experience in long-range, creative thinking; the researchers said they saw few districts involved in true strategic planning.

A “mindset shift” will take time, Marsh said, noting that one county leader expressed a hope to become more than an “L-cop” of the LCAP. But district and county officials also told researchers they worry that the additional state money they’ve received in the past few years will not be sustained, that a teacher shortage on the horizon will become a consuming challenge and that the help that the state has promised through a new state agency will not materialize. That agency, the California Collaborative for Educational Excellence, with a small staff and budget, is charged with guiding districts’ efforts to improve and will intervene if districts are persistently struggling.

The report will not identify individual districts, and the researchers didn’t single out any by name in their presentation. Among the findings:

Mixed success on engagement: Some districts made a concerted effort to involve parents and the public with surveys, meetings and information translated to languages other than English; some districts have hired full-time community outreach staff or partnered with community groups to reach out to parents. But they also found generally a small turnout for meetings and a low return rate of surveys. In other districts, engagement diminished, perhaps by design, since districts assumed an LCAP update, due a year after the LCAP’s creation, required less participation, Marsh said. A poll last summer sponsored by Policy Analysis for California Education found that two-thirds of registered voters hadn’t heard of the Local Control Funding Formula, a larger percentage than a year earlier.

Advocacy increases: In some districts, teachers unions seeking a larger share of funding dollars collided with wealthy parents asking for more Advanced Placement courses and groups like the American Civil Liberties Union, which advocate for low-income students and underserved minorities. Reflecting these “adversarial relations,” some LCAPs have incorporated what “the loudest voices” want, at the expense of a more coherent vision, Marsh said.

LCAP complaints: The state board adopted the final LCAP template and regulations a year ago, but the researchers found some district officials still weren’t sufficiently clear about the purpose of the LCAP, and some were confused over what funding to include in it. Despite continuing efforts by the county superintendents association to strive for consistency in oversight, districts complained about conflicting and contradictory interpretations of the regulations.

They found universal frustration with the LCAP template, which district leaders described as “unwieldy,” a “nuisance,” “self-defeating” and a “beast of documents” that does not allow districts to tell their story in a fashion people can read, Koppich said. In the LCAP’s second year, many districts’ LCAPs were hundreds of pages: a record 853 pages in one case, she said. The annual update section became an exercise of “cutting and pasting” material from the year before – not a thoughtful revision.

“One superintendent said he had to provide CliffsNotes to principals to understand” the LCAP, Koppich related.

And yet the researchers found that district and county officials agreed to leave the form alone, at least for now, out of apprehension they’d have to relearn a different approach.

“To a person, they hated it but said don’t change it,” Humphrey said. “We had to grapple with that. Doing nothing is not a solution, but the timeline and political realities make it difficult to throw it out and start over.”

Humphrey said that in the final report they would recommend that the state board start now to simplify the LCAP’s requirements and to reduce the burden on districts. The state board also should clarify options that districts already have, such as including executive summaries with the LCAPs. “Many districts are waiting around for the state to tell them what to do,” Humphrey said.

During the discussion, Edgar Cabral, a K-12 analyst with the Legislative Analyst’s Office, asked, “Everyone says the LCAP (template) is terrible, so if we make the LCAP a four-page strategic plan, would districts do it and say it is valuable?”

Other recommendations will include: