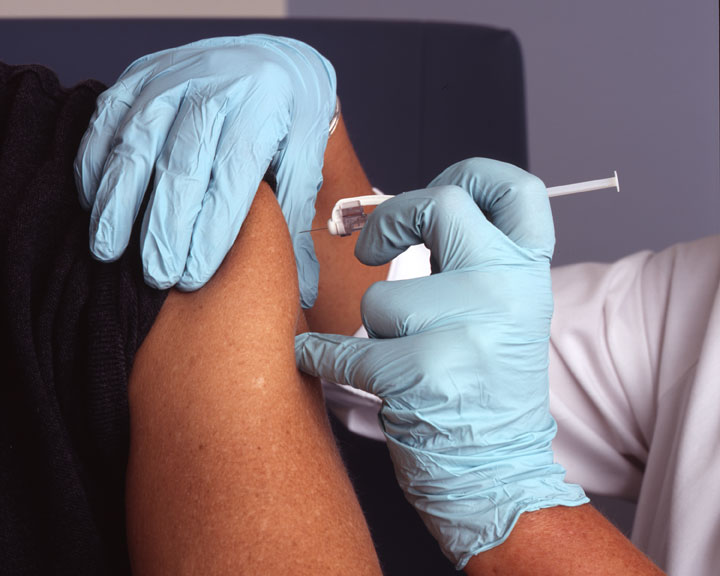 It’s not exactly the summer All-Star break, but the June deadline for bills to move successfully from one house in the state Legislature to the other – or be declared dead – reveals what remains possible in this legislative season.

Among the education bills still standing are a proposal to eliminate the personal belief exemption that allows parents to opt out of childhood vaccinations required for school enrollment, as well as the Democrats’ overhaul of teacher evaluations that school lobbies representing administrators and school districts oppose. The California School Boards Association’s top priority – rescinding the cap on districts’ budget reserves – is in trouble; the California Teachers Association is fighting it.

Republican Assembly members’ bills to rewrite teacher tenure, layoff and dismissal laws in the aftermath of the Vergara v. California lawsuit ruling, which overturned the current statutes, were defeated. Also going down was a bill to expand opportunities for high school students to enroll simultaneously in community college Science, Technology, Engineering and Math (STEM) courses.

Look for more debates in committee hearings and behind closed doors. Most of the education bills passed by the Assembly have yet to be heard in the Senate, and vice versa. The last day for policy committees to meet and report on bills is July 17, which is also the day the Legislature is scheduled to begin summer recess.

Most important, Gov. Jerry Brown reached a $115.4 billion budget agreement with the Legislature on Tuesday, which means the wrangling over spending is very close to being done. A final budget deal must be approved by the Legislature and signed by Brown before it can take effect on July 1, the start of the new fiscal year. If bills that will cost the state money aren’t in the budget yet, their authors will have to hope for budget wiggle room later.

Why it’s important: Lawmakers, in the wake of the Vergara lawsuit ruling, are facing pressure to rewrite the teacher evaluation law. This version would be more acceptable to teachers unions than Republicans’ alternatives.

Status: The Senate passed SB 499. Its Assembly counterpart, AB 575, squeaked by with one vote to spare. Organizations representing school boards and school administrators oppose the provision giving local teachers unions the power to negotiate the content of a teacher’s evaluation.

Also of note: AB 1184, by Assemblywoman Nora Campos, D-San Jose, would permit a third year of probation specifically for San Jose Unified. It’s now a two-year bill; it will be reintroduced in the next legislative session. Assemblywoman Shirley Weber, D-San Diego, presented AB 1495 as a compromise rewrite of the Stull Act, the law outlining teacher evaluations. Although Democrats killed the bill in committee, Weber’s impassioned call for fellow Democrats to support it went viral.

AB 1078, by Assemblywoman Kristin Olsen, R-Modesto, also would have rewritten the Stull Act to require annual teacher reviews using four evaluation categories, instead of the current pass-fail system, with incentives to include the use of standardized test scores as a factor.

Status: All three Republican-authored bills were defeated in the Assembly Education Committee on party-line votes.

AB 141, by Assemblywoman Susan Bonilla, D-Concord, would require all districts and county offices of education to provide and pay for the Beginning Teacher Support and Assessment (BTSA) program. This would be a state-mandated program.

Why it’s important: BTSA, once a national model for training new teachers, has withered with the end of state funding of the program under the new Local Control Funding Formula.

Status: AB 141 passed the Assembly and is in the Senate. The final state budget includes $500 million to improve teaching quality and effectiveness, which would include induction programs such as BTSA as well as professional development in the Common Core and other new academic standards.

Also of note: SB 62, by Sen. Fran Pavley, D-Agoura Hills, would modify a student loan forgiveness program, called APLE (Assumption Program of Loans for Education), for as many as 1,000 teacher candidates annually willing to teach in low-income districts in subjects that are in high demand, such as science, math and special education. SB 62 passed the Senate unanimously, but the state budget includes no appropriation for what’s projected to cost tens of millions of dollars each year.

Why it’s important: Research indicates that dual enrollment reduces the need for remedial courses and increases the odds of college graduation. However, several bills to expand opportunities for high school students to take college courses have stalled over questions about funding and implementation.

Status: AB 288 passed the Assembly and has been referred to the Senate Education Committee.

AB 47, by Assemblyman Kevin McCarty, D-Sacramento, would require the Department of Education to report to the Legislature and Department of Finance, by June 1, 2016, a plan for expanding the state preschool program to all eligible low-income children who do not have access to one year of state preschool or transitional kindergarten. The bill would require the report to contain an analysis of the need for new facilities for the preschool program.

Why it’s important: Last year, state lawmakers, led by then-Sen. Darrell Steinberg, said they would make good on their promise to expand state preschool programs by 31,500 slots to accommodate all low-income 4-year-olds in California. This bill nudges lawmakers and Gov. Brown to discuss the issue, which is likely to be resolved through the budget bill.

Status: AB 47 passed the Assembly and is in the Senate. On July 8, he Senate Education Committee passed the bill, which is going next to the Appropriations Committee in August.

The final budget agreement includes 7,000 full-day preschool slots plus 2,500 part-day slots, with priority given to children with exceptional needs.

AB 631, by Assemblywoman Susan Bonilla, D-Concord, would require that $900 million in a one-time allocation from Proposition 98, which finances K-14 education, be used to increase funding to implement the Common Core State Standards.

Why it’s important: The switch to new academic standards in math and English language arts requires the purchase of textbooks and technology to implement new online tests and extensive teacher training – an expensive undertaking. This bill would require that districts spend dollars implementing the Common Core that otherwise they could spend however they want.

Status: AB 631 failed to move out of the Assembly Appropriations Committee but the intent made its way into the final state budget. The budget includes $3 billion in one-time expenditures that Gov. Brown encourages – but does not require – be spent on implementing the new academic standards. An additional $500 million must be spent on improving teacher quality and effectiveness, which districts can use for professional development in the Common Core and Next Generation Science Standards.

AB 854, by Assemblywoman Shirley Weber, D-San Diego, would expand Foster Youth Services to include foster youth who live with relatives.

Why it’s important: Estimates say that from one-third to two-thirds of foster youth live with relatives, who often cannot afford the counseling and tutoring services the young people need. The foster program does not pay for those services if the youths are living with relatives.

Status: AB 854 passed the Assembly and has been referred to the Senate Education Committee. The final state budget allocated $10 million more beginning in 2015-16 for Foster Youth Services, which currently receives about $15 million.

SB 172, by Sen. Carol Liu, D-La Cañada Flintridge, would suspend the state high school exit exam, a requirement for a high school diploma, for three years, starting in 2015-16, while the panel investigates creating a new test or other ways to satisfy graduation requirements.

Why it’s important: The current high school exit exam, which tests skills at the equivalent of 9th-grade English and middle school math, is not aligned with the new Common Core State Standards. As a result, students are being tested on standards they aren’t taught.

Status: The Assembly Education Committee passed the bill with a major change — the exit exam would be suspended starting with 2014-15, meaning it would be halted immediately. On July 15, the bill was suspended in the Senate Appropriations Committee and may be considered again in August.

SB 191, by Sen. Marty Block, D-San Diego, would establish a uniform funding formula providing districts with 50 percent of the cost of home-to-school transportation over the next seven years.

Why it’s important: The adoption of the Local Control Funding Formula in 2013 froze the existing level of bus transportation funding under an inequitable formula with widely disparate rates of reimbursement. This bill would correct the inequities.

Status:  SB 191 passed the Senate and has been referred to the Assembly Education Committee, but the final state budget includes no new money for school transportation.

SB 277, by Sen. Richard Pan, D-Sacramento, and Sen. Ben Allen, D-Santa Monica, would eliminate the personal belief and religious exemptions that allow parents to opt out of childhood vaccinations required for school enrollment. Only a medical exemption would excuse a student from being vaccinated as required by state law.

Why it’s important: In some areas of the state, only 20 percent of kindergartners are fully vaccinated. This low rate puts unvaccinated individuals, including infants and those who are immune-compromised, at risk of contracting potentially fatal contagious diseases, including measles and polio.

SB 645, by Sen. Loni Hancock, D-Berkeley, would increase funding for after-school programs to keep up with inflation.

Why it’s important: Stagnant funding is making it difficult for after-school programs to attract high-quality staff and provide enrichment activities. Studies have shown that the programs reduce the achievement and opportunity gaps between low-income students and their higher-income peers.

Status: SB 645 passed the Senate, with amendments that eliminated the proposed increase of $54 million in 2015-16 and $72 million annually thereafter, with cost-of-living adjustments. Instead, the amended version, which is now in the Assembly, would allow legislators to determine each year whether to increase funding for after-school programs and by how much. The final state budget allocated no additional funds for the programs.

SB 774, by Sen. Jean Fuller, R-Bakersfield, would repeal the limit on the size of budget reserves that districts could maintain in the year following a contribution by the state to a new state education rainy day fund under Proposition 2. The Legislature imposed the cap in 2014, although it would not take effect for at least several years. The ceiling on reserves would be no larger than 10 percent, depending on the size of a district’s budget.

Why it’s important: The repeal of the cap is the California School Boards Association’s top priority for 2015. It argues that the cap would jeopardize districts’ financial stability by limiting how much they could save, and lead to lower bond ratings.

Status: Sen. Fuller withdrew her bill, and a counterpart in the Assembly, AB 1048, by Catharine Baker, R-Dublin, was defeated in the Assembly Education Committee. Democrats and the California Teachers Association are promoting instead AB 531, by Assemblyman Patrick O’Donnell, D-Long Beach, which the school boards association characterizes as a distraction. AB 531 confirms that school boards already can vote to save for specific purposes, like buying a school bus, in a special account without exceeding the cap. The bill has passed the Assembly and the Senate Education Committee. The school boards association is still holding out hope the cap can be rescinded.