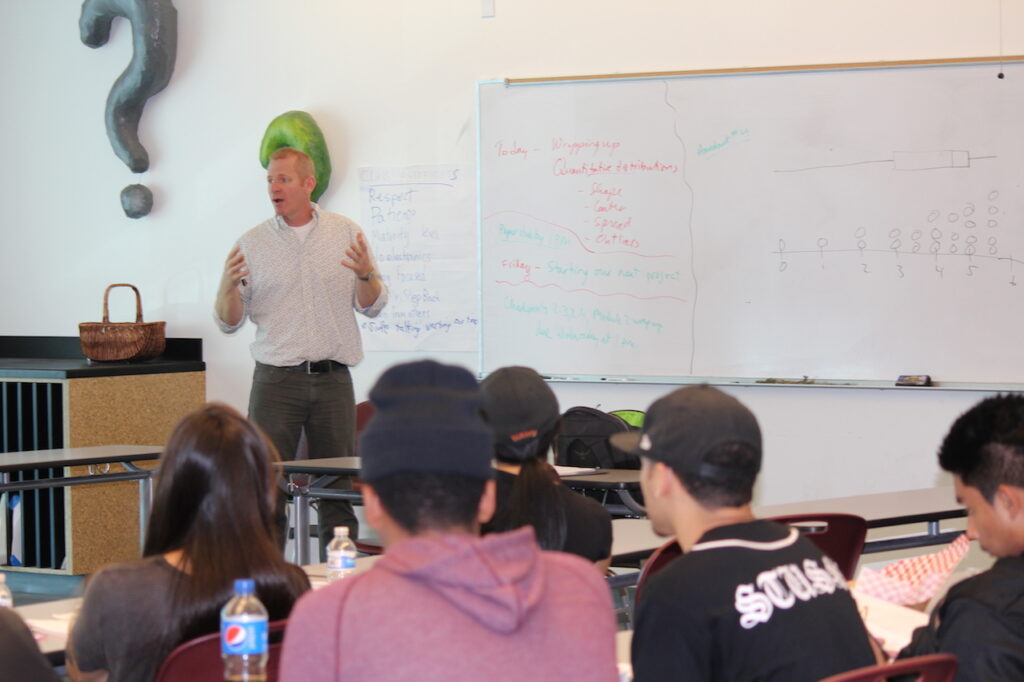 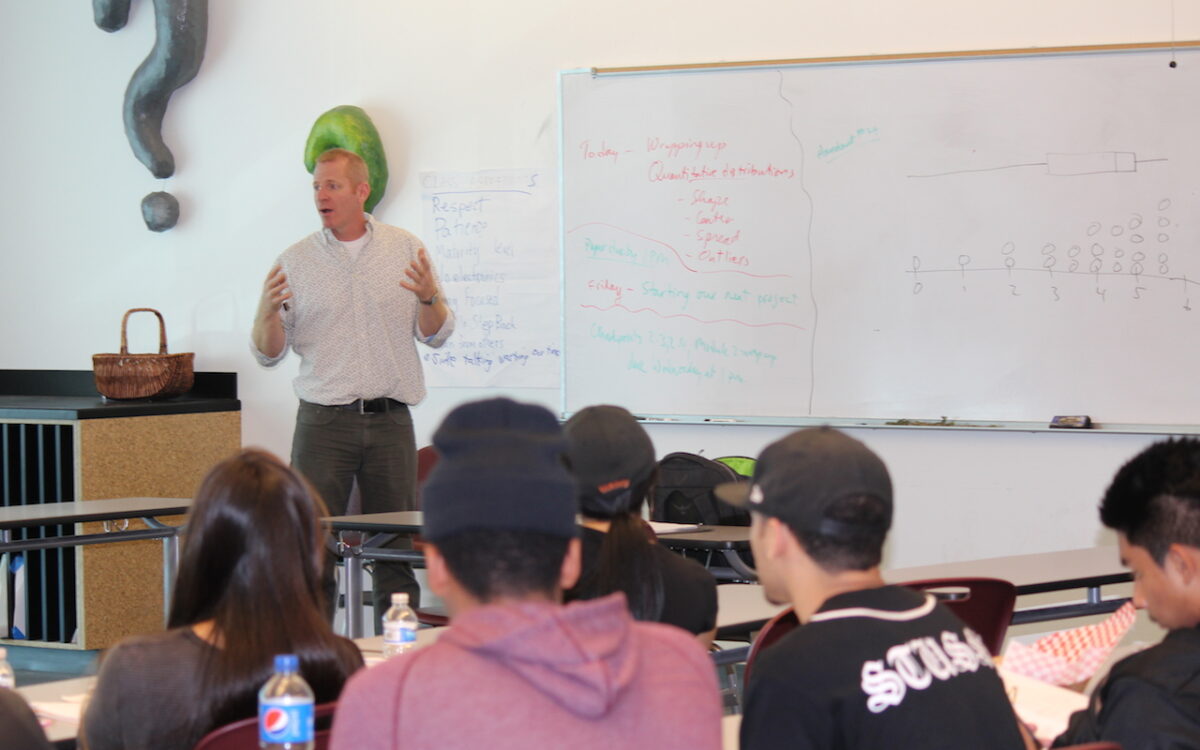 Black and Latino students are especially affected. Those students are far more likely to be placed at the lowest levels of remediation, according to a 2010 EdSource report.

Research shows that most students who begin in remedial courses will never persist to graduation.

The California Acceleration Project aims to reverse those dismal success rates. Launched in 2010 by an English professor and a math professor from two community college districts, the project works with instructors to revise and shorten the traditional remedial sequence, helping increase the number of students who pass credit-bearing math and English within their first year of starting college.

Remedial education “is a place where we lose a huge number of students,” said Chabot College English professor Katie Hern, co-founder the California Acceleration Project. “The vast majority don’t complete college-level English and math. They take remedial courses and then they disappear.”

Students are placed into the classes based on their scores on placement tests. The lowest-scoring students may find themselves in an English course reviewing basic grammar rules, for instance, with several more semesters of similar courses ahead before they progress to a college-level class. It can take two years or more before the lowest scoring students make their way to a class that counts toward graduation or transfer.

Figures like those sparked Hern and co-founder Myra Snell, a math professor at Los Medanos College, to found the California Acceleration Project. The project offers professional development and resources to community college instructors to help them create shorter remedial coursework in math and English.

Much of the work builds on Hern and Snell’s own practice.

The one-semester course replaces the traditional three- or four-semester algebra-based remedial sequence and focuses instead on teaching the fundamentals of statistics, along with some intermediate algebra. Students who pass Path2Stats can enroll directly into a college-level statistics class.

“We don’t define acceleration as doing the same thing faster,” Hern said. “We say we need to be teaching differently, we need to be expending our energies differently. … We say, ‘OK, if you offer developmental courses, they should look and feel like college courses.’”

Both the Chabot and Los Medanos programs have seen promising results.

Chabot students who took the accelerated course were 17 to 22 percentage points more likely to have completed English 1A – the beginning college-level class – than students who took the traditional sequence, according to a 2014 study by the Community College Research Center, which tracked the students over five years.

Statewide, 47 of the state’s 112 community college campuses are offering accelerated courses in math or English after participating in a year-long professional development training offered by the California Acceleration Project. The programs serve more than 10,000 students statewide, based on project estimates.

Students who participate in accelerated remedial statistics courses at City College of San Francisco said they appreciate the time they’re saving in their studies.

“No one likes to think they’re remedial,” said Darwin Zaldana, a 17-year-old freshman in a preparation for statistics class at City College. “It bummed me out. It made me think of my future here at City College. It just messes up my time here,” Zaldana said, adding, “And time is money.”

In August, Hern and Snell received a boost for their program: a $400,000, two-year grant from the California Education Policy Fund to develop a series of recommendations to revamp remediation and placement policies in California community colleges.

The grant is “really about taking our work to the next level,” Hern said. “The first years of our work really were about getting colleges to understand how much of a problem attrition and layers of developmental education is and mobilizing people to restructure remediation in response to that problem.”

The work has not been without roadblocks, among them debates about how much algebra students should learn. Hern and Snell argue that statistics is more useful for students who are not pursuing advanced degrees in math- or science-related fields.

Transfer policies at California State University and the University of California have also presented another challenge. The universities require intermediate algebra or its equivalent as a prerequisite for college-level math courses. While CSU has assured colleges that participation in the California Acceleration Project will not jeopardize transfer acceptance, UC has not altered its policies.

UC has not taken a position on accelerated remedial education courses, said Mary Gilly, a UC Irvine business professor who chairs the systemwide Academic Senate. However, transfer students must meet the same standards as incoming freshmen, who must complete advanced algebra to be considered for admission.

For now, community college students who take the statistics course are able to use a challenge process that allows them to obtain transfer credit. But the issue frustrates Hern and Snell.

“For many students, a preparatory course that focuses on quantitative literacy over a long list of algebra skills is better preparation for college work in their field of interest and in life,” Snell said in an email.

Accelerated remediation has also generated friction within the community college system itself, with some instructors urging caution.

A 2011 resolution from the statewide Academic Senate for California Community Colleges, authored by Long Beach City College English instructor David Morse, who now chairs the statewide Academic Senate, urges campuses to “consider carefully” when discussing acceleration programs. ” … Such proposals and potential curricular modifications should not be implemented until they are scrutinized carefully and evaluated,” the resolution reads.

“If you worry about quality and find better ways to deliver instruction, then students are going to succeed,” Morse said. “… To me, the best thing we could do to increase completion rates would be to have a financial aid system so students can concentrate on school rather than job things. That’s usually what gets in the way and it has nothing to do with the instructional sequence.”

Hern sees the issue as one of urgency and equity, noting the high numbers of black and Latino students who get lost in the pipeline.

“When remedial education is the place we are losing so many students, if you don’t address that you’ll never see greater completion at the other end of the process,” she said. “The evidence is very clear. We are losing a lot of students, mostly underrepresented students, and we could do a lot better if we restructure our approach.”