No more excuses: As California rebounds, invest in kids 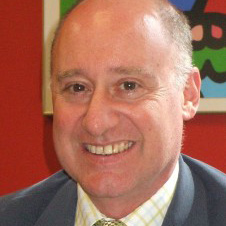 Even as California heads into 2014 with lots of good news – a rebounding economy, a stable state budget and a functional state government – state spending on children’s health and education continues to lag far behind the rest of the nation. Not only does this misprioritization contradict public will, it also represents one of the biggest threats to public health and the economy that our state faces in the new year.

While many other states have prioritized education and children’s health – realizing investments in kids more than pay for themselves in terms of increased earnings and revenues, a stronger overall economy and decreased healthcare, corrections and other public costs later on – California has failed in this regard. Two key examples from the “2014 California Children’s Report Card,” which Children Now released today:

When you consider California ranks 11th nationally in per capita state and local tax revenues – in other words, well above the national average in revenues – there’s no excuse for the state’s budget and policymaking priorities not to be shifted this year to better support children’s success.

So, here are eight things that the governor and Legislature can do in 2014 to start turning things around, some that cost more money, and some that reform the way we are spending current dollars:

Ted Lempert is the president of Children Now, the leading nonpartisan, multi-issue research, policy development and advocacy organization dedicated to promoting children’s health and education in California, and the leader of The Children’s Movement of California.