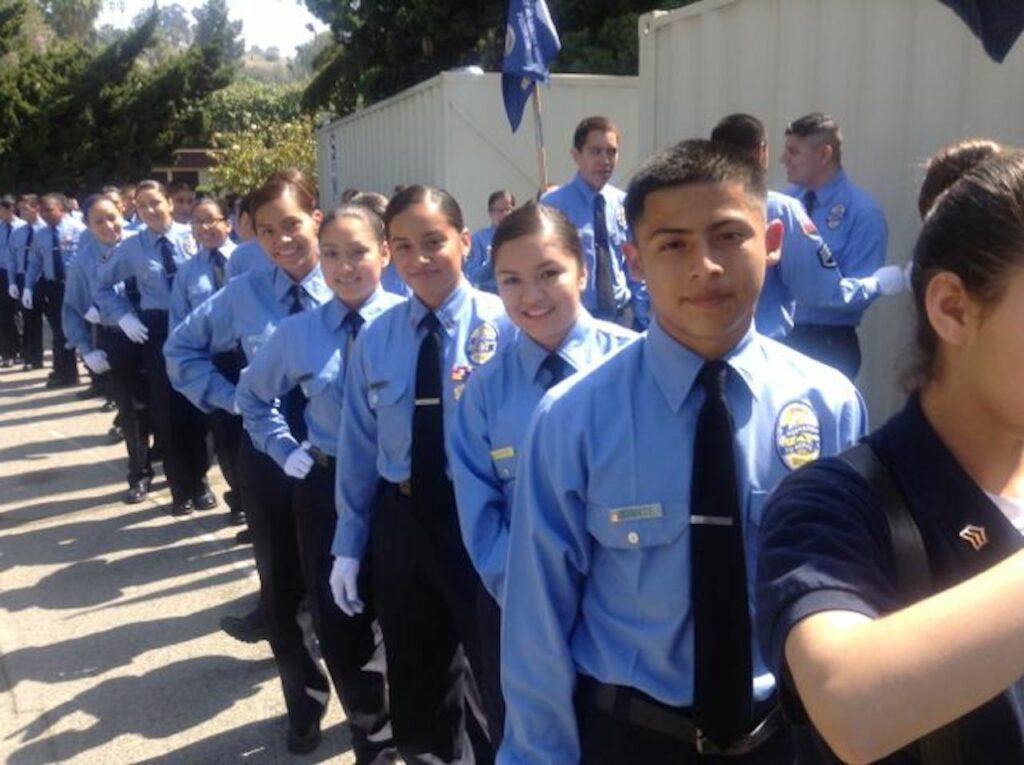 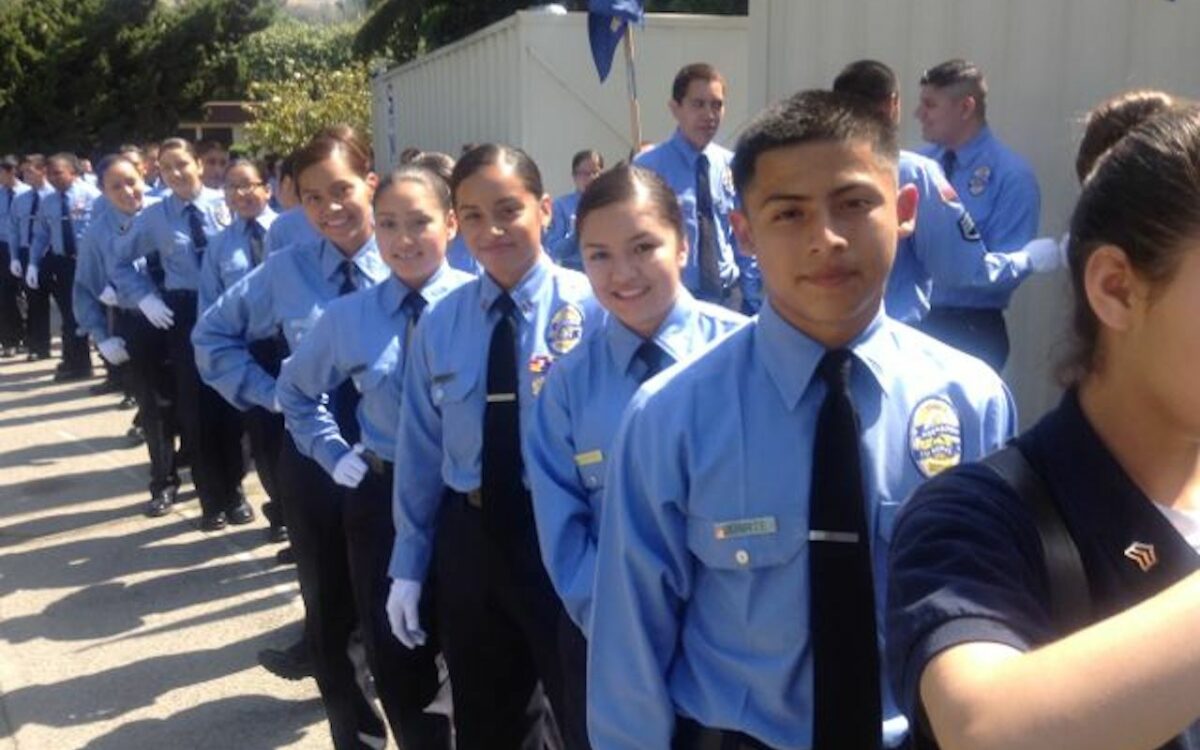 By the time he’d graduated middle school, Kalin Pont-Tate already had two apprenticeships on his résumé – one at Internet search engine Ask.com and a second at Oakland-based Rockbot, creator of a social media jukebox music app.

The 14-year-old Oakland student was mentored by company CEOs and learned how to build a website, but he also emerged from the experiences with something less tangible, but more important: He learned the value of school.

“Before (the apprenticeships), I didn’t realize that all the classes I had were that important or beneficial to anything I wanted to do,” Kalin said. “What does math have to do with anything? But I realized I had to put my best foot forward to do what I want to do.”

As California focuses on education reforms intended to ensure that students graduate from high school with the skills to succeed in college and careers, Kalin is a case study in closing what some educators say is a crucial gap in the pipeline – middle school matters, and it matters a lot.

“Career awareness has only been given lip service in middle schools, from my point of view,” said John White, a retired middle school principal who is now an education consultant and sits on the board of the California League of Middle Schools. “Kids (in middle school) are at their most advantageous mental state of acquiring languages, acquiring skills, doing things. We’re trying to make them all Einsteins so they can go to college, but we don’t offer enough career stuff … nothing that students can really go out and do.”

While much of the college and career efforts in California focus on high school students, sixth through eighth grade is a crucial time for students, research shows. Grades, attendance patterns and engagement at the middle school level are among the strongest predictors of high school graduation and college-going patterns, researchers say.

A 2009 study by the Everyone Graduates Center at Johns Hopkins University found that sixth graders who failed math or English or who had high absentee rates had only a 10 to 20 percent chance of graduating high school on time. And The Forgotten Middle, a 2008 study by testing company ACT, found that academic achievement in eighth grade “had a larger impact on (students’) college and career readiness by the time they graduate from high school than anything that happens in high school.”

“Kids (in middle school) are at their most advantageous mental state of acquiring languages, acquiring skills, doing things,” said John White, a retired middle school principal who is now an education consultant. “We’re trying to make them all Einsteins so they can go to college, but we don’t offer enough career stuff … nothing that students can really go out and do.”

“When we look at research alone, what we’re finding is a level of disengagement around education and academics that is spiking in those middle school years,” said Kim Davis Charlot, executive director of the San Francisco Bay Area branch of Spark, a nonprofit that matches middle school students in underserved communities with business apprenticeships.

The program seeks to catch students who are at risk of falling behind in middle school and pair them with mentors in real-world work environments, giving students an inside look at the business world and potential careers that interest them. Founded in 2004 in the Bay Area, Spark now partners with schools in the Los Angeles and San Francisco areas, as well as Philadelphia and Chicago.

The model worked for Kalin. Before Spark, Kalin said he was “barely passing” his classes at Bret Harte Middle School in Oakland, holding down about a C average. The Spark program paired him with mentors – including Rockbot CEO Garrett Dodge – who taught him website coding and helped the teen develop a growing skill in communication and public speaking. His mentors at Ask.com helped him build a website on crowdfunding site Indiegogo to raise money to send his basketball team to a tournament in Las Vegas.

Kalin graduated as a 4.0 student, and said he intends to maintain that average when he starts high school at Envision Academy of Arts & Technology in the fall.

“(Spark) was really beneficial to me and my classmates,” he said, “because we all got to see different careers and experience different jobs that we probably wouldn’t have known were out there. Everyone knows the main jobs everyone says – they want to be a doctor or a lawyer or a policeman – but they don’t know about all the other jobs they might be good at.”

Introducing students early on to the work world helps them understand the concrete value of what they’re learning and how it pertains to their future choices, said White, who was principal at Mulholland Middle School in Los Angeles for 16 years before he retired in 2012.

White launched a junior police academy at the school in 2000, introducing students to careers in law enforcement. The program was less about training a new crop of police cadets, he said, and more about showing students the various jobs they could aspire to in public safety – everything from security guard to district attorney and a number of related careers in between, from crime scene photographer to social worker to FBI agent.

“It kept kids connected to their futures through the options that presented themselves at every milepost,” White said. “Part of it is if you can present it in a manner that shows (pursuing a career field) is not just a dead-end type of existence, that it’s something that if they get involved in, they can go as high as their education is willing to take them.”

Middle school efforts are gaining increased traction at districts that have made college and career preparation a significant focus.

In San Bernardino City Unified, where the superintendent has pledged to put all students on a career pathway by 2017, middle and elementary schools are a key part of the equation. High school students participate in themed career pathway programs that mix academics with real work experience. Students at Arroyo Valley High School, for instance, can take a green energy pathway where they study environmental science while also helping install solar panels on homes.

To reach younger students, district schools are arranged in “clusters,” where students in elementary and middle schools that feed into high schools can be introduced to some of the career pathways they might encounter in later years.

“It’s not specifically to keyhole kids into a certain (career) pathway, it’s more looking at a broad scope of solid foundational and soft skills,” said Pam Kempthorne, the district’s coordinator of college and career readiness. “There’s a lot of going on field trips to industry, field trips to high schools, field trips to the places high school students are working. We’re trying to build a deep resource pool for the kids so that they can get acquainted with careers and really tap into something they find interesting.”

The district is now engaged in a multi-year plan to extend more focused college and career preparation efforts down to students at the middle school and even elementary school level, said Olivine Roberts, the district’s chief academic officer.

“Of course it will look very different than what we have at the high school level,” Roberts said. “We won’t have students doing internships, but we can have more (representatives from) industry sectors coming into the school and playing a greater role so students have an understanding for the practicality and rationality of what they’re learning, to provide an intent around learning.”