Bonds would fund business investment in schools under Steinberg proposal 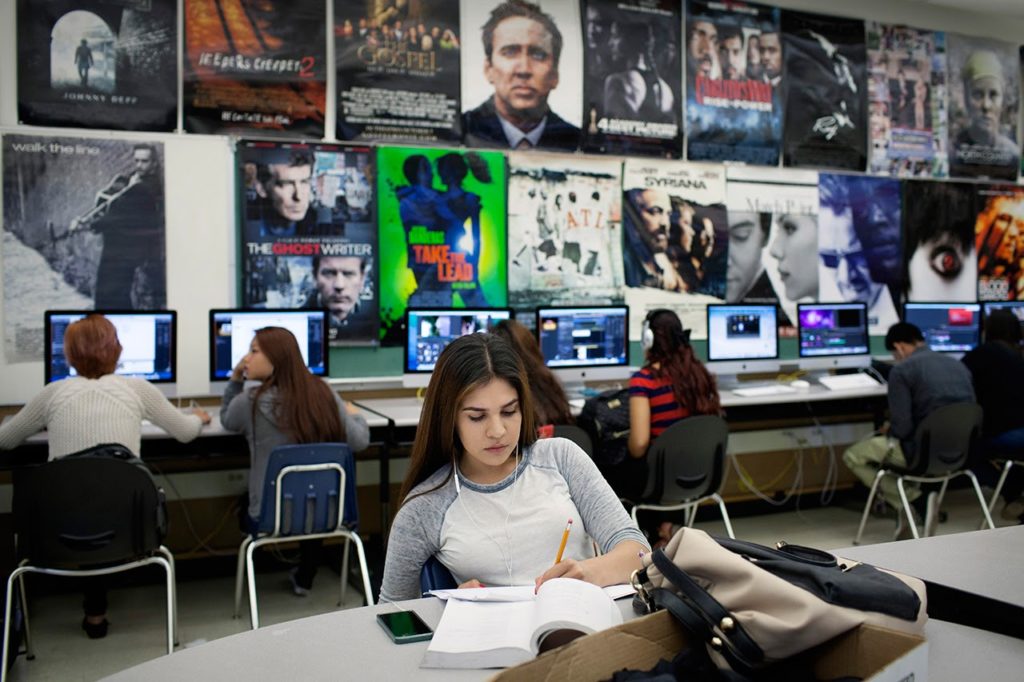 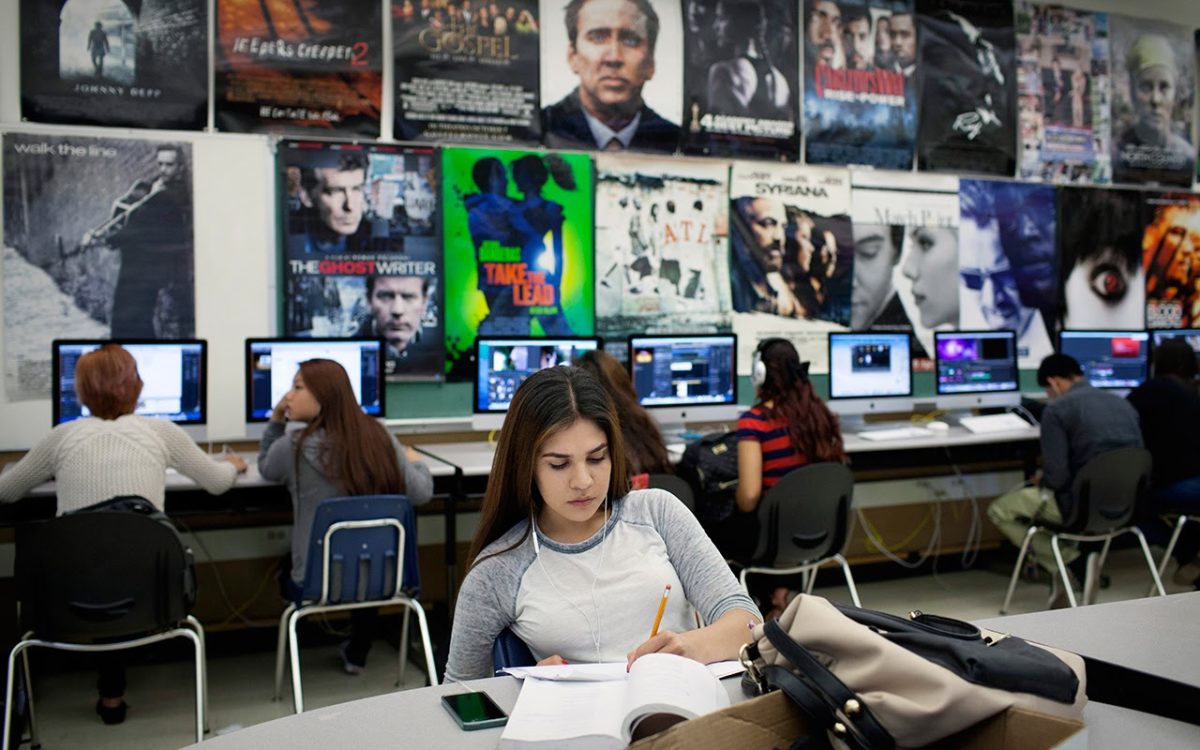 The leader of the California State Senate says the way to encourage more and stronger bonds between industry and education is through, well, bonds.

With California facing a shortage of qualified workers for 21st century jobs, Senate President pro Tempore Darrell Steinberg wants to entice businesses to become more involved in job training by asking them to invest in a new type of school bond that would fund programs that infuse career education into traditional academic courses. Businesses that invest would see a guaranteed return on their investment, Steinberg said.

Steinberg, D-Sacramento, has introduced Senate Bill 594, which would allow California to issue workforce development bonds to pay for these programs in high schools and community colleges. Businesses – especially those in high-growth job areas – would buy the bonds, and the rate of repayment would be tied to specific student outcomes, such as graduation rates, apprenticeships or jobs for students.

“The state will not only return your principal on the bond, but we will give you a rate of return higher than what you could earn if you invested that same million dollars or $5 million in a traditional Wall Street instrument,” Steinberg said during an interview in his Capitol office.

The bill, which comes up for a hearing before the Senate education committee Wednesday, would represent a new direction in California’s efforts to build school-business partnerships. Still, significant questions remain about the proposal, such as specifics on how the program would work and how businesses would recoup their money. Supporters of SB 594 expect the bill will go through some major revisions before it’s final.

The bill also creates a revolving account called the Career Pathways Investment Trust Fund that would launch with $250 million, primarily paid for out of state money, possibly as part of Proposition 98, the school funding guarantee. Industry and school partners would apply through a competitive process for grants and loans to start or continue programs already underway.

Businesses would have to pony up more than just money to be eligible. There has to be “skin in the game,” said Steinberg, who believes that meeting the needs of the changing workforce will require more intensive involvement of business and industry to connect what students learn in school with hands-on professional experience. In this new model of collaboration, employers would help train their next generation of employees by working with schools to develop curriculum and provide internships, mentorships and project-based learning opportunities that combine academic rigor and career relevance.

“There is not a systemic industry or business commitment to investing in California high schools,” Steinberg said. “There are industries that do so, but it’s largely philanthropic as opposed to a central part of their business model.”

Steinberg described the program as similar to social impact bonds, with more muscle, but the process is still vague. A consultant who follows education bills for industry said none of his clients are clear about how the financing piece would work. Steinberg suggested one possibility is using some of the $750 million that would become available if Gov. Jerry Brown’s proposal to eliminate enterprise zones is approved. The enterprise zone program, which gives tax credits to businesses to invest in economically depressed regions, hasn’t been successful.

It’s also not clear how many businesses are likely to invest $100,000 or more, as Steinberg suggested the price might be, to buy a bond.

“His staff is still working with business leaders around the state to determine how this bill would work in practice,” said Jennifer Ortega, California State Director for America’s Edge, a nonprofit organization of business leaders focused on building a stronger workforce. “We really believe that it’s a step in the right direction in terms of developing an incentive to create better private-public partnerships, but I think how it’s going to work is still a topic of conversation on which he is soliciting feedback.”

Business leaders are worried that since the decline of career technical education – formerly known as vocational education – in schools, students are graduating with only a partial education. Even though the state’s high school graduation rate is inching up – 78.5 percent by the latest state figures – that diploma is no longer a ticket to a well-paying job.

By 2018, some 40 percent of job openings in California, more than 2.2 million, will be what’s known as “middle-skill” jobs, requiring more than a high school education but less than a four-year college degree. But if current statistics hold, not even 40 percent of Californians seeking jobs will have enough training, according to Can California Compete?, a 2012 report by America’s Edge.

“The skills gap is something that’s very real to our business members,” Ortega said. She said employers are seeing job applicants missing both what they call hard and soft skills. “They’re finding applicants are lacking not only technical skills in any given industry, but it’s a lot of 21st century skills that are lacking, it’s communication, collaboration and critical thinking.”

For far too long, education “has not so much been about relevancy, but rather it’s been about getting students through a system,” said leadership group senior vice president Dennis Cima at a Sacramento news conference last month when Steinberg introduced his bill. SB 594, he said, would help foster more partnerships between the private sector and public schools that are critical to developing the talented, innovative people who will be necessary to drive the economy of Silicon Valley.

Another intent of the bill is to provide predictable funding for model industry and education partnerships that show some degree of success, but operate in a state of ongoing fiscal uncertainty. One such program, California Partnership Academies, has been around for nearly 30 years, but routinely faces the loss of funding. The multi-year, career-themed programs within comprehensive high schools prepare students at risk for dropping out for both college and career in a range of industries, including health, technology, business, construction and the arts.

This year, the state is providing about $30 million in matching funds for 481 academies in 279 schools, with partners in business contributing about 42 percent of remaining costs primarily through in-kind support, including everything from lab equipment to teaching.

At last month’s news conference, Raymond said academy students have better attendance and are more likely to attend college than similar students not enrolled in academies. Studies by the College and Career Academy Support Network at the University of California, Berkeley support those findings, although a national study by MDRC, a nonprofit, nonpartisan education research organization, found the greatest impact on earnings after graduation.

Statewide, about 170 academies may lose their funding in a little over a year if one of the funding streams set to sunset isn’t reauthorized, and funding expires at the end of this academic year for the 60 green tech academies started under AB 519.

Linked Learning, a broader blueprint for developing academies and partnerships that started in California receives no state assistance, despite its growing toehold in the state. Earlier this year, the California Department of Education selected 20 districts to establish Linked Learning pilot programs under Assembly Bill 790, by former Assembly member Warren Furutani, D-Gardena. Funding was stripped from the bill.

Labor organizations see Steinberg’s bill as a path to restoring career technical education in high school with a stronger academic component. Speaking at Steinberg’s news conference, Cesar Diaz, legislative director for the State Building and Construction Trades Council, said ever since schools began cutting vocational programs, the average age of apprentices has increased by 10 years. He said students aren’t aware of the programs, which train tens of thousands of skilled workers each year.

“What we find is that apprenticeship is the best kept secret in California,” Diaz said.

The price of the bonds suggested by Steinberg may be prohibitive for union locals, but they would definitely be interested in the grants, said Jon Fowkes, coordinator for automotive and machinist apprenticeships in California.

“At least in my industry, there aren’t a lot of businesses with a healthy cash reserve to use as an investment,” he said. The way funding currently works, their four-year apprenticeships are only funded for two years at a time by industry and then they have to hope the collective bargaining agreement will cover the final two years. He said having guaranteed funding for four years is critical to meeting the increasing demand to fill new jobs and those left vacant by an aging workforce.

“I used to be a union laborer and I went through an apprentice program; that’s how I learned my craft,” said Andrew Giacomini, with the Bay Area Council. “I’ve seen kids who come to work for my company, their eyes light up, ‘Oh this is what it’s all about,’ they understand better. They go back to their educational environment with a better idea of why they’re there and more fire for what they’re doing.”