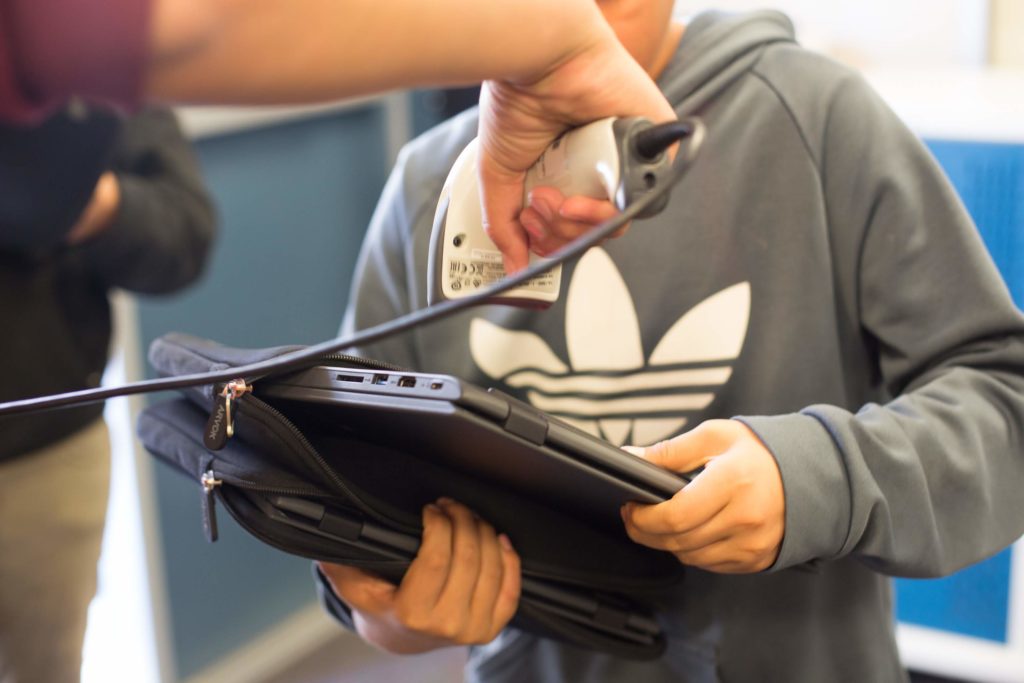 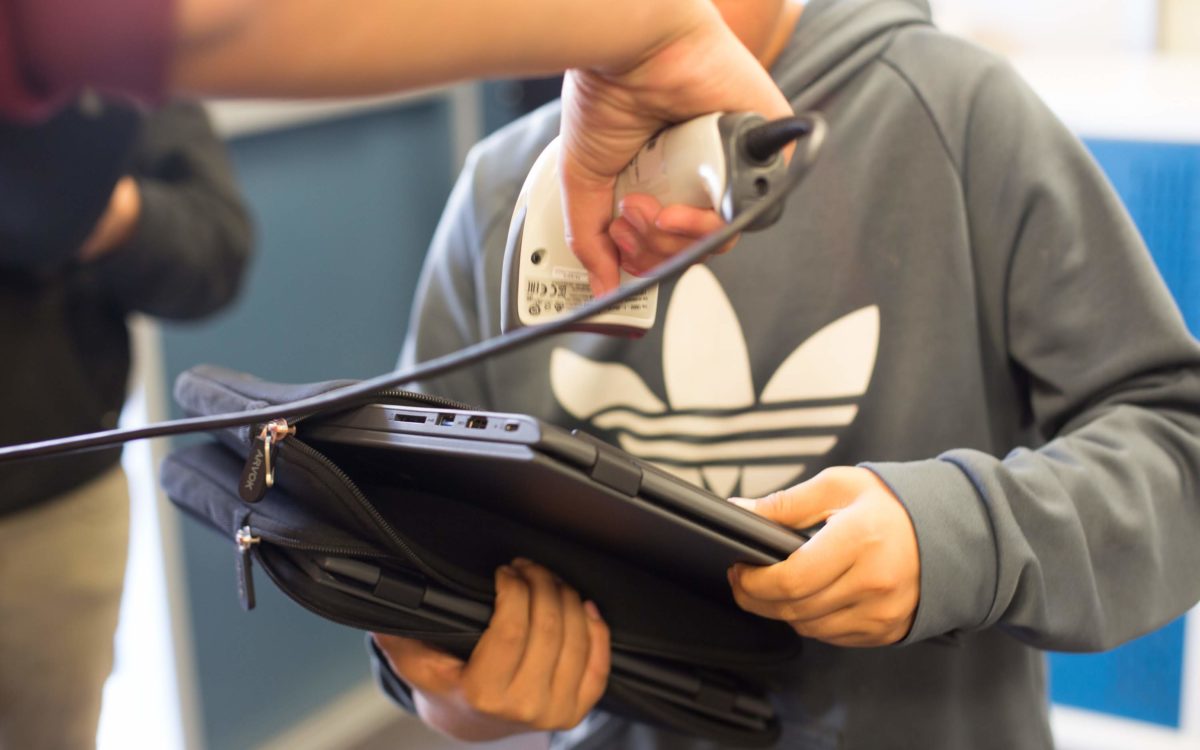 School districts across California are working out agreements with teachers unions about distance learning, as the state moves to remote classwork amid the coronavirus pandemic.

The agreement between the West Contra Costa Unified School District in Richmond and its teachers’ union offers a look into how districts will be carrying out distance learning for the rest of the school year, although there are expected to be significant variations from district to district. The agreement underscores the complexity and challenges of providing online learning to an extent never attempted before in California.

As of April 8, the 32,000 student district had distributed more than 23,000 Chromebooks for distance learning – 1,500 of which were distributed between March 30 and April 3 . This week, as students return from spring break, district officials will focus on finding out how many students still need Chromebooks and making sure parents have enough information to help their students use them.

Superintendent Matthew Duffy said the district will continue working on getting enough Chromebooks for all students who need them.

In the 32,000 student district, West Contra Costa elementary students can expect to have online teacher instruction for 3 to 3.5 hours per day and middle and high school students for two-to-three hours a day. Preschool teachers will be required to interact with students for 100 minutes a week through a digital platform and communicate with each family at least once a week.

West Contra Costa Unified teachers have the flexibility to start and end their instruction at whatever time they think is best for the class, and collaborating with other teachers as long as the school day ends by 4 p.m.

Transitional Kindergarten, kindergarten and first grade students are expected to read, be read to by parents or others at home or listen to audio books for 30 minutes a day on their own, as well as participate in some type of daily physical activity.

Elementary school teachers should be teaching writing, reading, math and physical education twice a week for at least 30 minutes a lesson, as well as social studies and science once a week.

Seventh through 12th grade teachers will instruct at least 30 minutes per class per period each day, for a total of two to three hours of work each day. The agreement does not specify how many periods each teacher would teach since schools have different schedules.

“I would say a majority of teachers are going above and beyond these minimal expectations and are staying engaged with students a whole lot more than the time that’s prescribed,” Guerrero said.

California Teachers Association spokeswoman Claudia Briggs told EdSource that every district throughout the state is working on similar agreements on distance learning with their local unions, since any change in instruction or working conditions falls within the scope of collective bargaining agreements previously negotiated.  Some districts and unions forged their distance learning plans early in the shutdown, while others are still figuring it out, she said.

Though the CTA has offered negotiation guidance it’s up to district officials and teachers on the local level to decide what system works best for them.

“You can’t have a one-size-fits-all approach to what districts’ learning plans are going to look like,” Briggs said.

The nearby Oakland Unified School District also reached an agreement with its teachers union last week, as did Los Angeles Unified, the state’s largest district.

Now that West Contra Coast Unified’s  spring break has ended, the district’s top priority is to make sure students, teachers and parents are able to access the materials they need for distance learning,  academic officer Guerrero said.  After that, the district will start looking at the effectiveness of the plan.

“We’ll look at how we deal with ensuring that students don’t just have busy work to do, but work that will get them to master the (academic) standards they’re supposed to be mastering in the classroom,” said the district’s Guerrero last week.

The memorandum of understanding between the West Contra Costa district and the 1700-member United Teachers of Richmond union ensures that teachers are paid for the rest of the year, and also provides additional sick leave.

United Teachers of Richmond president Demetrio Gonzalez said the union’s agreement draws on best practices in distance learning and agreements in place in at least 40 districts across the state. He said the union and the district will likely revisit the plan in the first few weeks of implementation, based on feedback from teachers, parents and students.  He  said the agreement deliberately includes flexibility for teachers.

The district’s Guerrero said that it lists expectations, but not requirements.

“It allows teachers to look students in their eyes, for students to see each other, and to deliver information and instruction directly to students and be there as a support in a way that posted, non-real-time tools do not allow for,” Logan said.

Teachers of transitional kindergarten — classes for 4-year-olds who turn 5 between Sept. 2 and Dec. 2 — as well as kindergarten and first grade will use a combination of digital platforms like Google Classroom or SeeSaw to get learning materials to students. Since not all of those students have access to computers at home, and the district has not distributed Chromebooks to every student of that age, teachers will issue paper packets for some students.

For younger students who do not have computer access, it’s up to the teacher to decide whether to create the assignment packets — which typically consist of worksheets with lessons and instructions for parents to administer them — to send weekly, bi-weekly or monthly and how to deliver them to families, Gonzalez told teachers March 30 during a Facebook Live broadcast. The district is working on a plan to deliver packets to families who are not able to receive them digitally, and will most likely mail them out for the teachers, he said.

Teachers are also required to record their online lessons, so that they can share them with students are ill or miss a class for any reason.

“It’s an equity issue since many of our students right now are working during the day taking care of their siblings, or simply might not be able to log in when the teacher can do it,” Gonzalez said.